Sonia Mkoloma, Olivia Murphy and Liana Leota have all joined Jess Thirlby’s England Vitality Roses coaching team, as the Roses build towards the challenge of defending their Commonwealth Games title at Birmingham 2022.

Mkoloma, who spent 15 years of her playing career representing England, has been appointed as full-time Vitality Roses assistant coach, and both Murphy and Leota join as technical coaches.

Together, the trio have 259 international Test caps between them and widespread respect from players, coaches and fans within the world of netball.

“If you know netball, you know Liv, Sonia and Liana,” Thirlby said about her coaches.

“Their passion and collective experience, from playing and coaching at the highest level over many years in multiple high-performance environments across the world, will be a huge asset for the Roses as we prepare for Birmingham 2022.

“They are world class in their own right and the dynamic they will add to our environment, to me and the team, will be invaluable.” England Netball has been a big part of my playing journey and as this new chapter starts, I’m grabbing it with both hands. I am excited about the prospect of working with Jess and the Vitality Roses team and look forward to seeing what we can create.

Mkoloma’s role as assistant coach will be a full-time one and it follows on from her earlier coaching experiences with the Vitality Roses.

The 123-cap former international was appointed assistant coach for a development tour to Australia and New Zealand in October 2019 and was part of the coaching team for the 2020 Vitality Netball Nations Cup. 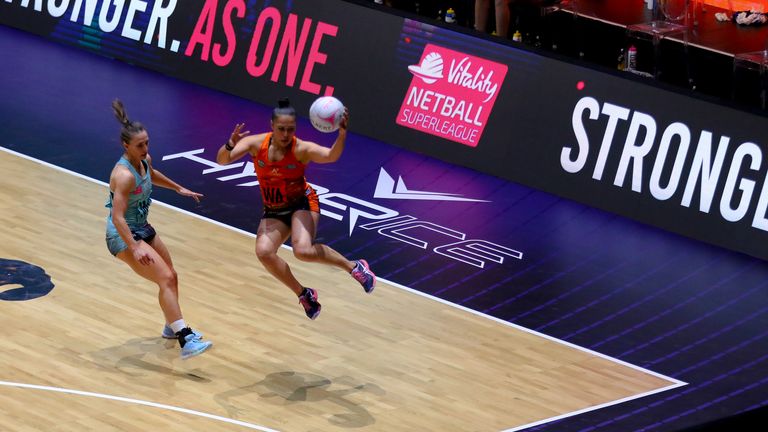 Both Murphy and Leota will be providing technical and tactical support to the Roses players and they will work with the team in camps and competitions in a part-time capacity.

“I am honoured to have the opportunity to be involved in international netball again and I am looking forward to working with one of the world’s best teams,” Leota said.

“My transition from player to coach is what excites me, as does the challenge of working in an elite sporting environment and contributing to the growth of the Roses.”

“It’s a privilege and an honour to be involved with the Roses in this role,” Murphy commented.

“With the netball season firmly underway, it has been a great showcase for the athletes but also for me to start to looking at ways to help them develop.

“Ultimately, I’m so excited to work with the talented staff and players and cannot wait to get started!”

Sky Sports is your home of netball. The Vitality Netball Superleague continues on Sunday with Round 15 and four matches back-to-back streamed live on the Sky Sports YouTube channel from 12pm.