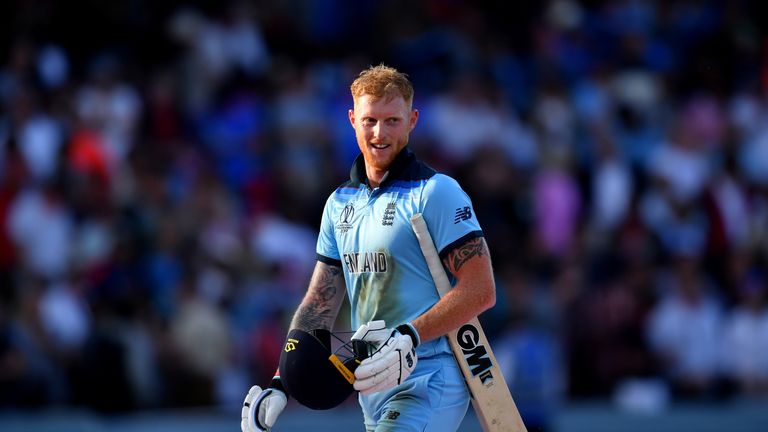 Stokes revived England from 86-4 as they tied New Zealand’s total of 241 before they took the title after a Super Over having hit more boundaries in the match.

The 28-year-old was distraught after his previous ICC final, as Carlos Brathwaite smashed him for four straight sixes to win the 2016 World T20 for West Indies in Kolkata.

“He has really carried the team and our batting line-up – he’s almost superhuman,” England captain Morgan said of Stokes.

“To bat with the lower order the way he did, I thought was incredible. He managed to deal with the emotion and atmosphere in an incredibly experienced manner.

“Hopefully everyone watching at home will try to be the next Ben Stokes.

“A lot of careers would have been ended after what happened in Kolkata. But Ben has stood up individually, and in the unit for us, a huge number of times since then. Here he’s had a huge day out, and we’re thankful for that.”

Chris Woakes also said he was delighted that Stokes played a pivotal role in the World Cup final, after a tumultuous time following an incident outside a Bristol nightclub in 2017 before he went on to be acquitted of affray.

“I’m a big believer that people should be given second chances; you live and you learn in this life,” Woakes said.

“Ben’s always given 110 per cent on the field, he’s the best team man we have in this team, and we’ve got a lot of good ones. 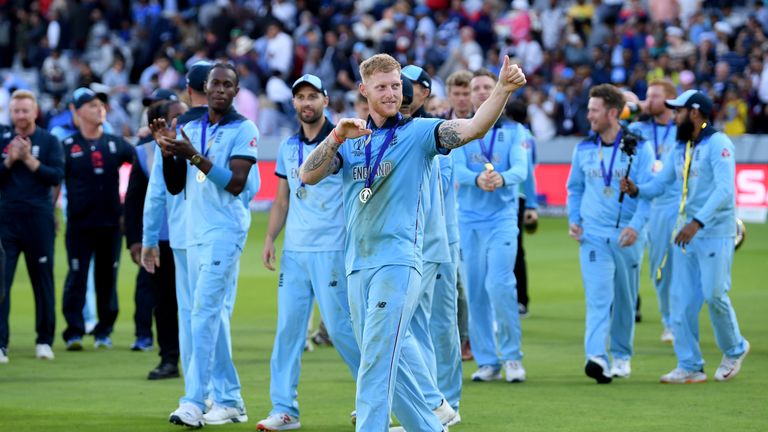 “He puts in a shift every single day, he wants to be the best he can be and [in the final] he was, and that’s brilliant to see.

“He has been through a tough 12 months or so, and for him to come out the other side is credit to him, because he’s put in some hard yards.

“He owned up to what he did, he also apologised to the group and things like that. And he copped a lot of stick.

“So for him to come out of the other side, and be a world champion and be man of the match in that game, is richly deserved. He’s the whole package, and he’s a top bloke as well so I’m delighted for him.”

Morgan, meanwhile, was praised by Jofra Archer for remaining cool during Sunday’s Super Over – even when Jimmy Neesham smashed him for six to leave New Zealand needing seven from four deliveries. “He was a calm captain throughout the whole tournament and [even in the final],” Archer said of Morgan.

“Even after I went for that six [in the Super Over], a lot of other captains would have had their hands on their head or paced up and down with their head down.

“But he never dropped – I think he was more confident after that! That is what you need when the task is so nervy. A lot was one the line.