ENGLAND's EURO 2016 campaign was one to forget.

And that is exactly what has happened to some of the players included in Roy Hodgson's 23-man squad for the tournament in France. 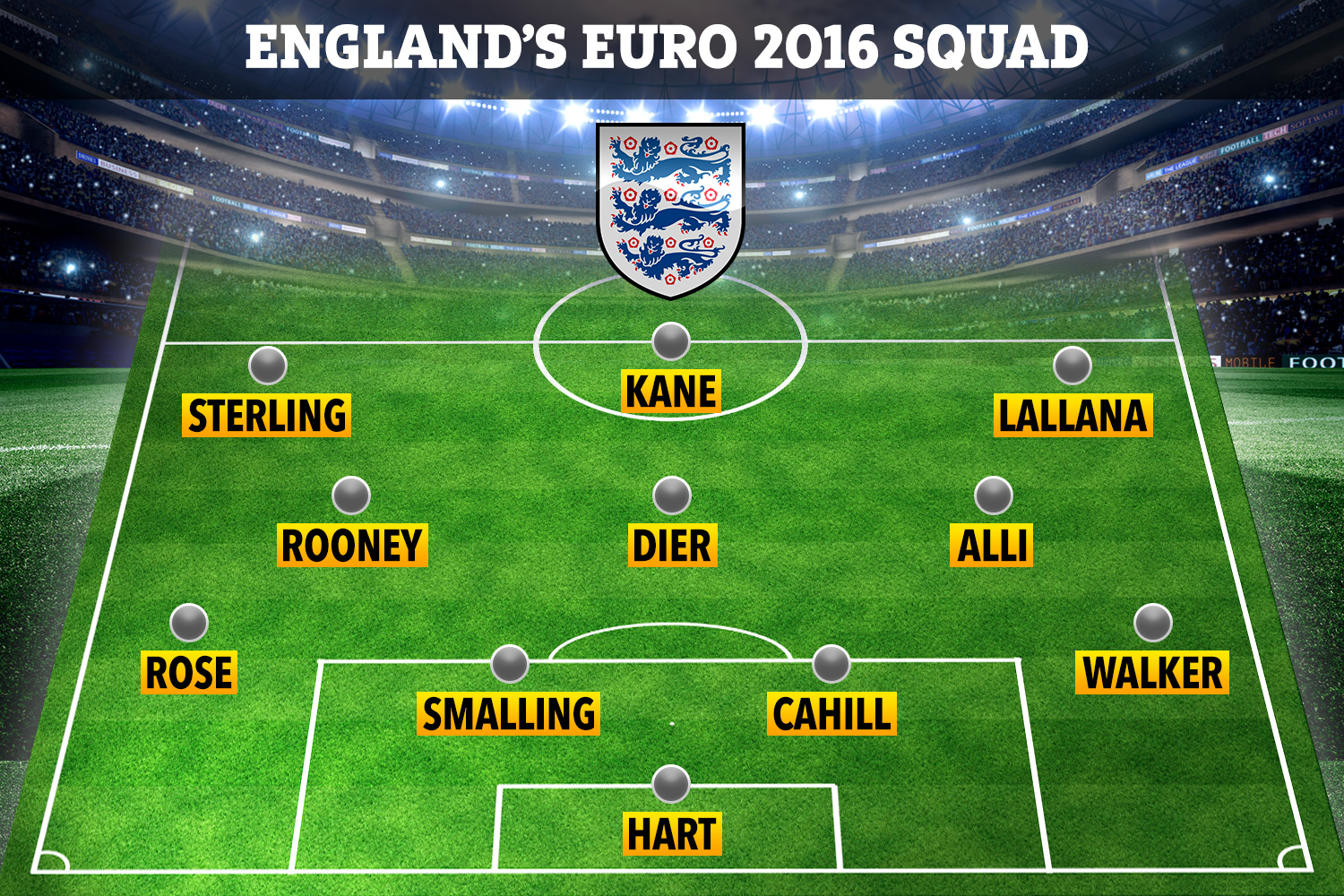 The Three Lions limped out the group stage – finishing second to Wales after beating their neighbours 2-1 but only managing 1-1 and 0-0 draws against Russia and Slovakia respectively.

And then embarassingly losing 2-1 to European minnows Iceland in the last-16 put the icing on the cake.

Hodgson swiftly resigned and here SunSport looks at what has happened to the squad since.

One of the biggest falls from grace since England's disappointing showing in France.

Manchester City goalkeeper at the time but after mistakes against Wales and Iceland he returned to the Etihad to be swiftly axed by new manager Pep Guardiola.

Has since flopped for West Ham and Burnley in England since after a loan season with Serie A side Torino.

Heaton was impressing at Burnley in the lead up to the tournament and was expected to be a fairly regular inclusion for England for years to come.

He continued to feature regularly at Turf Moor the following season but a serious shoulder injury at the beginning of the 17/18 campaign saw him out for 202 days.

But after claiming the No1 jersey for the early part of the campaign, he picked up another season-ending knee injury at Villa Park.

Concrete No2 behind Hart going into the tournament after an excellent season for Southampton.

Has since fallen out of favour at St Mary's and in the Three Lions setup.

Spent last season on loan at Celtic and was dropped from England altogether in August 2017.

Not much has changed for the left-back who is still playing for Southampton.

He played a full 90 minutes against Slovakia in the Euros.

Had a decent run in the Three Lions team throughout 2017, but has not featured since November of that year.

The then Chelsea centre-back was an England regular and Hodgson's vice-captain ahead of the tournament.

Blues form gradually started to dip in the next two seasons as he aged and eventually left for Crystal Palace last summer where he remains.

The impressive Liverpool right-back at the time always had an uphill battle trying to usurp Kyle Walker for England.

And then he had the same problem at Anfield when Trent Alexander-Arnold burst onto the scene during his absence.

The serious knee injury meant he did not play a single minute for the Reds this season and he is now a free-agent having been released. 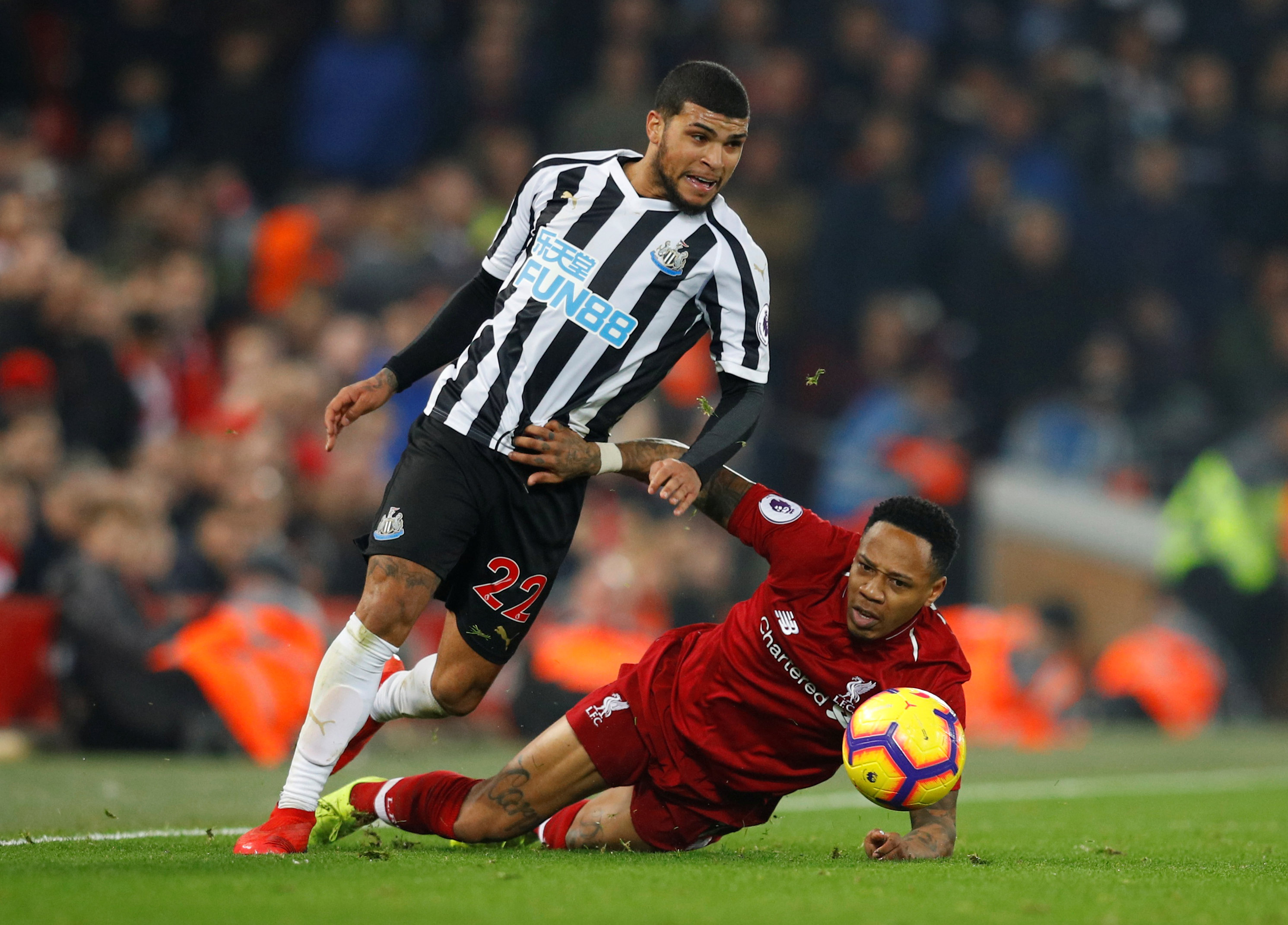 Rose was playing some of his best football for Tottenham in 2016 and was a shoe-in at left-back.

Was loaned to Newcastle in January of this season and is expected to leave Spurs permanently this summer.

Smalling was a Hodgson favourite from their time together at Fulham and the Manchester United defender was a starting choice alongside Cahill in France.

Has never fully cemented his spot at Old Trafford since and spent this season on loan at Roma where he wants to return this summer.

The mercurial talent was still with Everton at the time and was considered too much of a risk on the ball to be given a starting XI spot.

He finalised his move to Man City when he returned from Euro 2016 but faces the prospect of leaving this summer having failed to hit the spectacular heights that were expected of him.

Chelsea and West Ham are among have been linked with moves, while a return to Everton has also been mooted.

Walker followed Stones to City a summer later but has been much more of a success story.

He has been a permanent feature for Guardiola since his summer 2017 move from Tottenham and is only now facing a challenge for his England spot from Alexander-Arnold.

Fans had big hopes for the Tottenham playmaker before the tournament.

Has shown his best club form for Spurs since and is still a regular squad member for the Three Lions.

Described as "one of English football's great hopes" pre-tournament.

His performances for Everton earned him a big-money move to Chelsea in 2018 but he has failed to fulfil that promise and looks set to depart this summer. 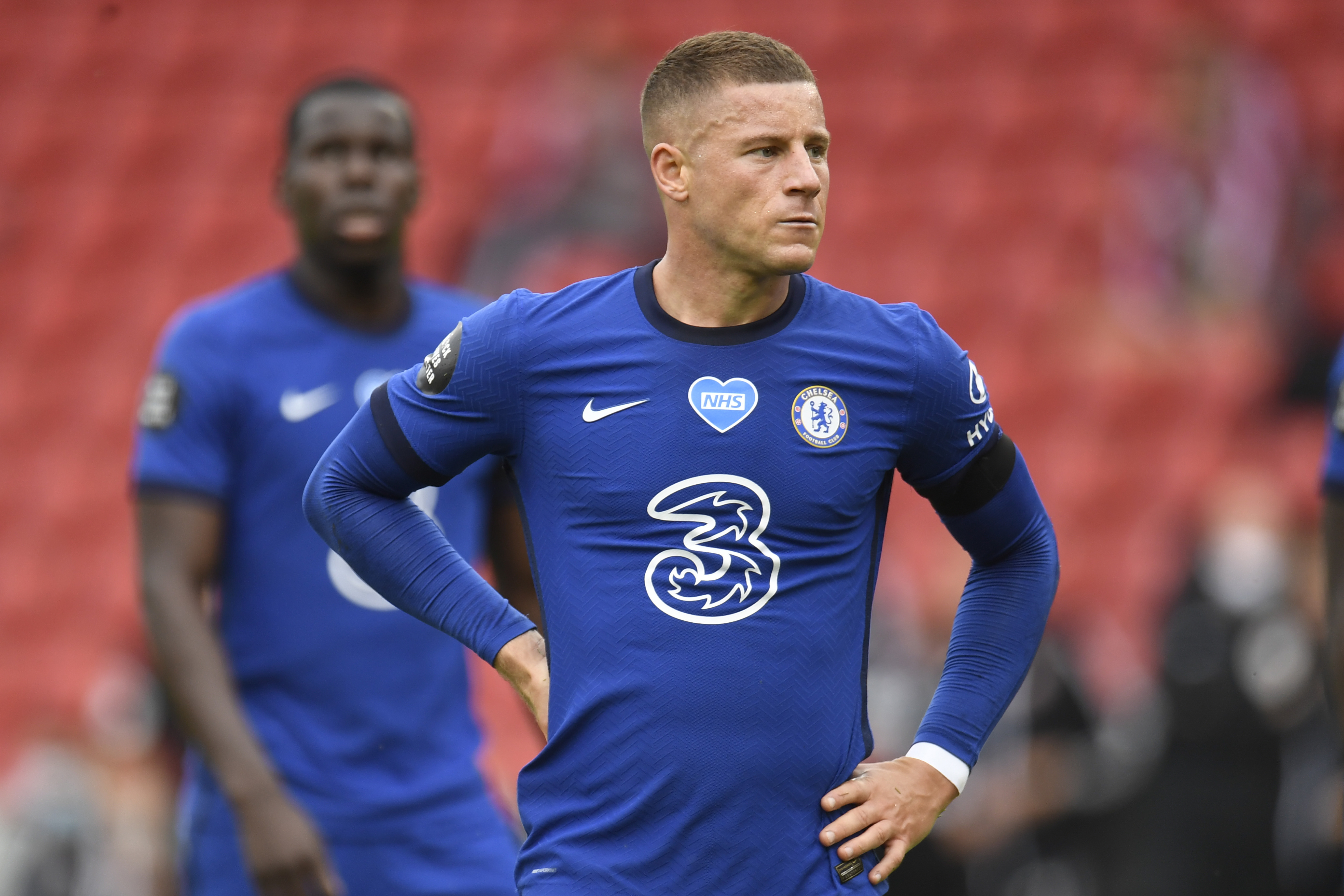 Scored England's opening goal of the tournament with an impressive free-kick and looked set to be a permanent fixture for seasons to come.

However, he has been inconsistent the the last couple of years before finding form and a more regular place under Jose Mourinho.

Recently signed a new contract at Tottenham much to the surprise of many.

Had a disappointing season in the tournament build up and was anything but a guaranteed starter.

But has transformed himself since and is a dead cert to start for Gareth Southgate's side having been integral in Liverpool's first title win in 30 years this season.

Started all of England's group games but was replaced by Daniel Sturridge for the awful Iceland defeat.

The Liverpool man has been a solid enough player since but has just moved to Brighton having been limited to appearances off the bench at Anfield this season.

Mr Reliable had been an England regular since his 2009 debut.

He had just played his first season at Liverpool but Euro 2016 proved to be his last major tournament for England as he retired soon after Sam Allardyce was announced as manager.

Wilshere was a late inclusion in the squad despite only playing THREE games for Arsenal that season.

He made just two appearances off the bench during the tournament..

The injury-plagued midfielder spent the following season on loan at Bournemouth playing 27 times in the league.

The 28-year-old managed 38 appearances in all competitions on his return to Arsenal the next campaign.

But having left for West Ham in the summer of 2018, he has made just 20 first team appearances for the Hammers since because of recurring injuries. 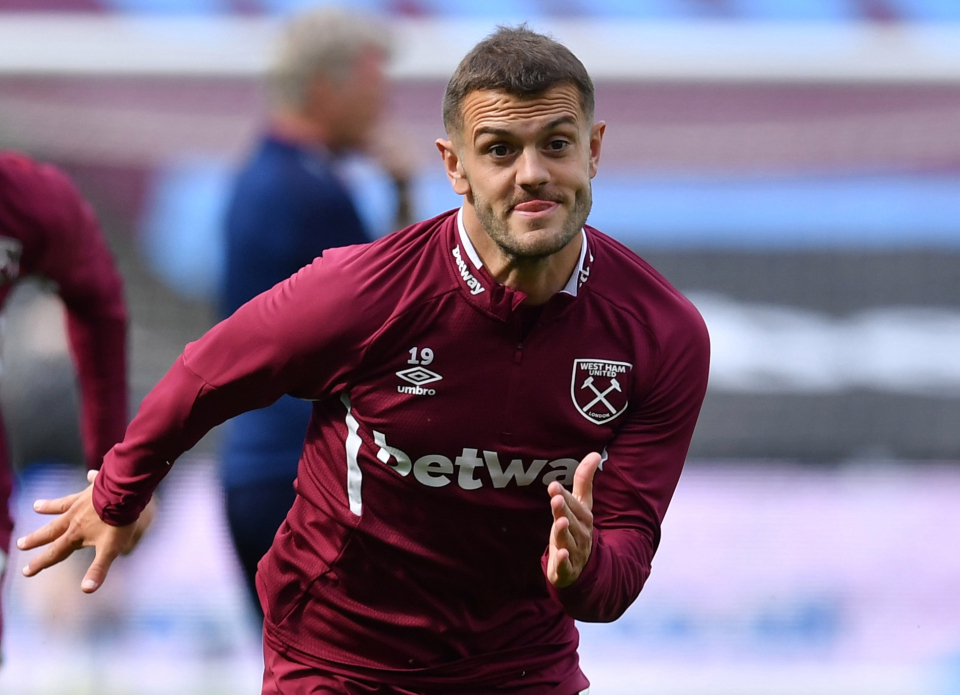 Was and still is England's most gifted No9 and has since become Gareth Southgate's captain.

Still a guaranteed starter for the Three Lions which does not look likely to change soon despite the emergence of Marcus Rashford, Mason Greenwood et al.

Could be a surprise Spurs departure this summer if a desire to win trophies emerges.

Played in a deeper lying midfield role in France after being utilised there for Manchester United on occasion.

Will always be remembered for being England's highest goalscorer and appearance maker with 53 from 120 games.

Eventually retired from international football in 2018 and has played for Everton, DC United and now Derby County since.

Drafted in to start in place of Lallana for the last game against Iceland having been condemned to the bench until then.

Has since left Liverpool where he played the best football of his career and spent last season on loan at Trabzonspor.

Currently without a club. 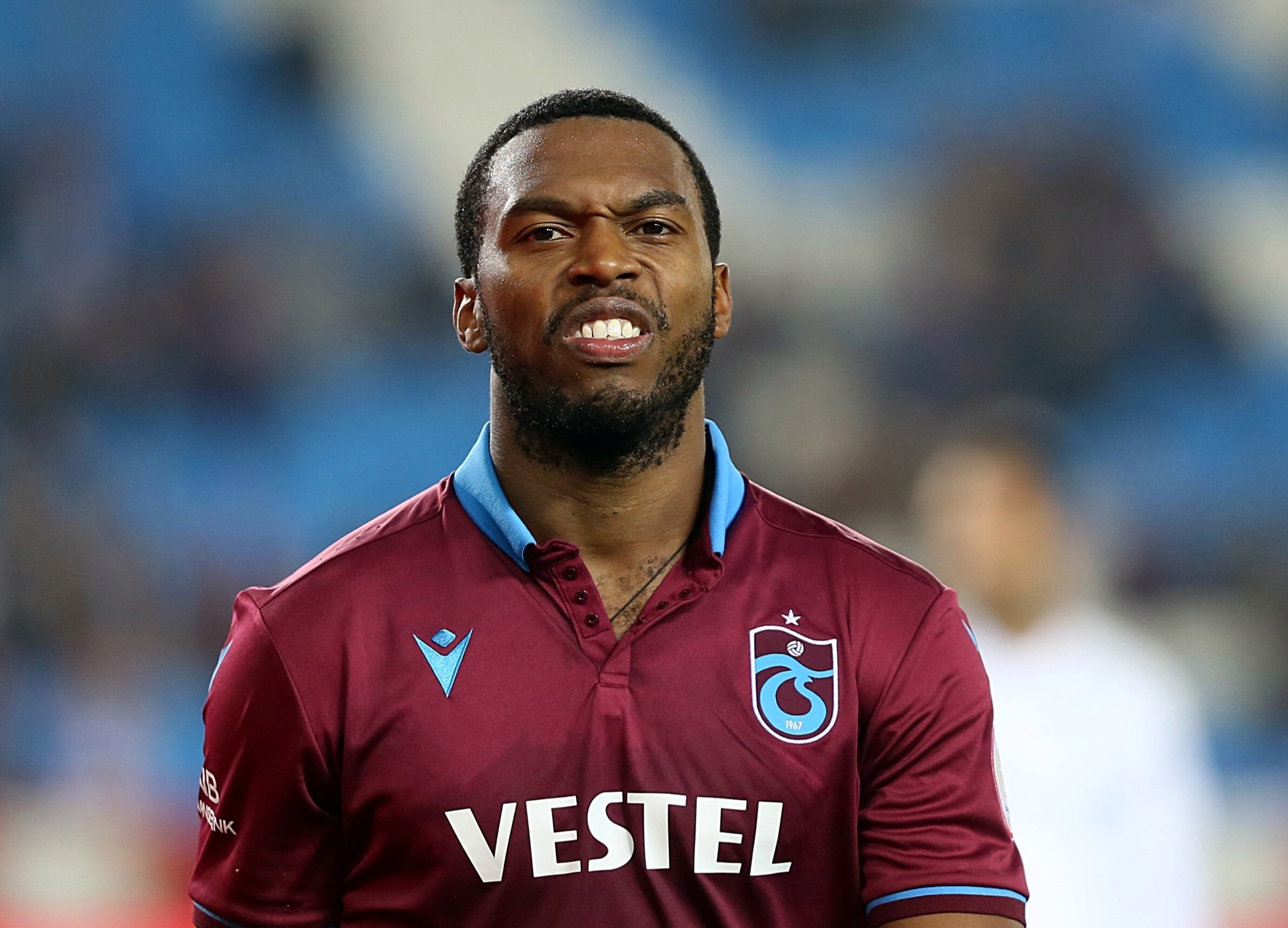 Still going at 33 for Leicester.

Came off the back of the Foxes' famous title win but still could not oust Kane.

Won the Premier League's Golden Boot award this season and still refuses to come out of international retirement, which he announced in 2018.

Now a stalwart for England and Manchester United.

At just 18 he had burst onto the scene and into United's side and now – though still only 22 – seems like he has been around forever.

08/10/2020 Sport Comments Off on England's Euro 2016 squad and where they are now including Jack Wilshere, Daniel Sturridge and Nathaniel Clyne
Recent Posts
We and our partners use cookies on this site to improve our service, perform analytics, personalize advertising, measure advertising performance, and remember website preferences.Ok