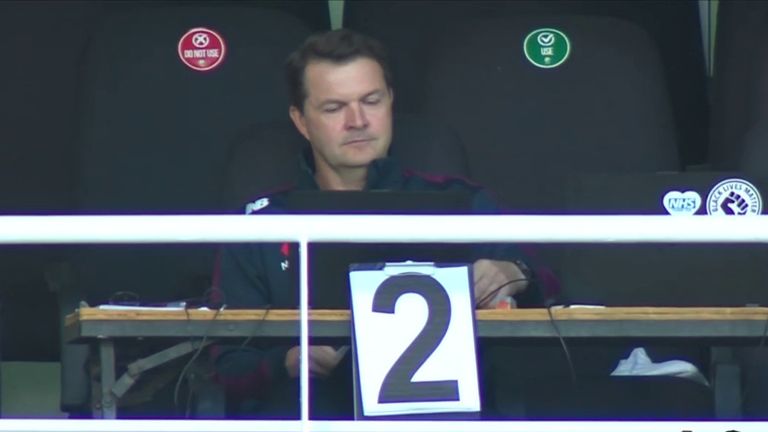 Marginal gains can be huge in Twenty20 cricket – and captain Eoin Morgan had the option of help from above during England’s clash with South Africa in Cape Town.

England analyst Nathan Leamon had placed a series of numbers and letters on clipboards on the team balcony to give Morgan suggestions on how to impact the game from in the field, a system the tourists are trialling in their white-ball series in South Africa.

The England and Wales Cricket Board told Sky Sports that the signals were intended as a live informational resource that the captain may choose to use or ignore as he wishes and stressed that they were not commands. “Seriously, analysis has become such a huge part of the game

“I don’t think Eoin needs too much help when he is out there, he is a fantastic captain, but he works closely with Nathan to come up with suggestions and certain match-ups. It was an offering of help. You have to be careful how you use the information best – there still has to be an instinctive, intuitive side to the game but if you can use analysis to better that then it is a force for good.

“You have to be careful how you use the information best – there still has to be an instinctive, intuitive side to the game but if you can use analysis to better that then it is a force for good.”

Sky Sports Cricket expert Michael Atherton sees no problems with England’s idea and said he spoke to Leamon about it during lockdown after he initially trialled the system in the Pakistan Super League.

“Nathan is the analyst of the Multan Sultans in the Pakistan Super League – he said the idea was live signals to the captain, who was Shan Masood. 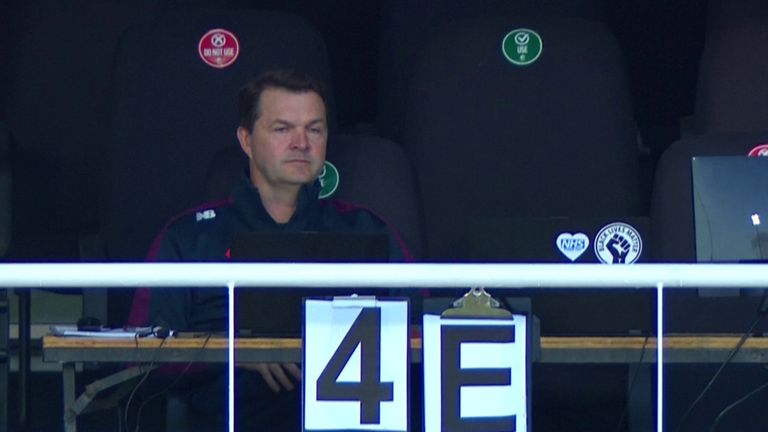 “It was about offering him information, which he didn’t have to take.

“I think they were doing hand signals in the PSL, whereas here it was slightly different.

“I am okay with it. It is very different to Bob Woolmer feeding stuff in real time to Hansie Cronje in the 1999 World Cup through an earpiece.”

The signals for Morgan came amid a blitz from South Africa batsmen Rassie van der Dussen and Faf du Plessis, with the duo pummelling 84 runs from the final five overs as the Proteas posted 191-3.

Athers added: “A lot goes on at the end of a T20 game – there was a blizzard of sixes here – so I’m not sure Morgan would have been looking too far up at the balcony!”

England subsequently cantered to their pursuit of 192 for 3-0 for a series sweep, with Dawid Malan (99 not out from 47 balls) and Buttler (67no off 46) smashing an unbroken second-wicket partnership of 167 in 85 balls as the tourists eased home in 17.4 overs.

Don’t miss England’s three-match ODI series in South Africa. Our live coverage of the first game begins at 10.30am on Friday.

12/01/2020 Sport Comments Off on England’s secret signals: Eoin Morgan offered information from balcony by analyst in third T20I
Recent Posts
We and our partners use cookies on this site to improve our service, perform analytics, personalize advertising, measure advertising performance, and remember website preferences.Ok