ERLING HAALAND has eased fears over his injury and vowed to be ‘back soon’ for Borussia Dortmund.

The striker was believed to be out for the rest of 2020 after picking up a hamstring problem ahead of Wednesday's 1-1 draw with Lazio in the Champions League. 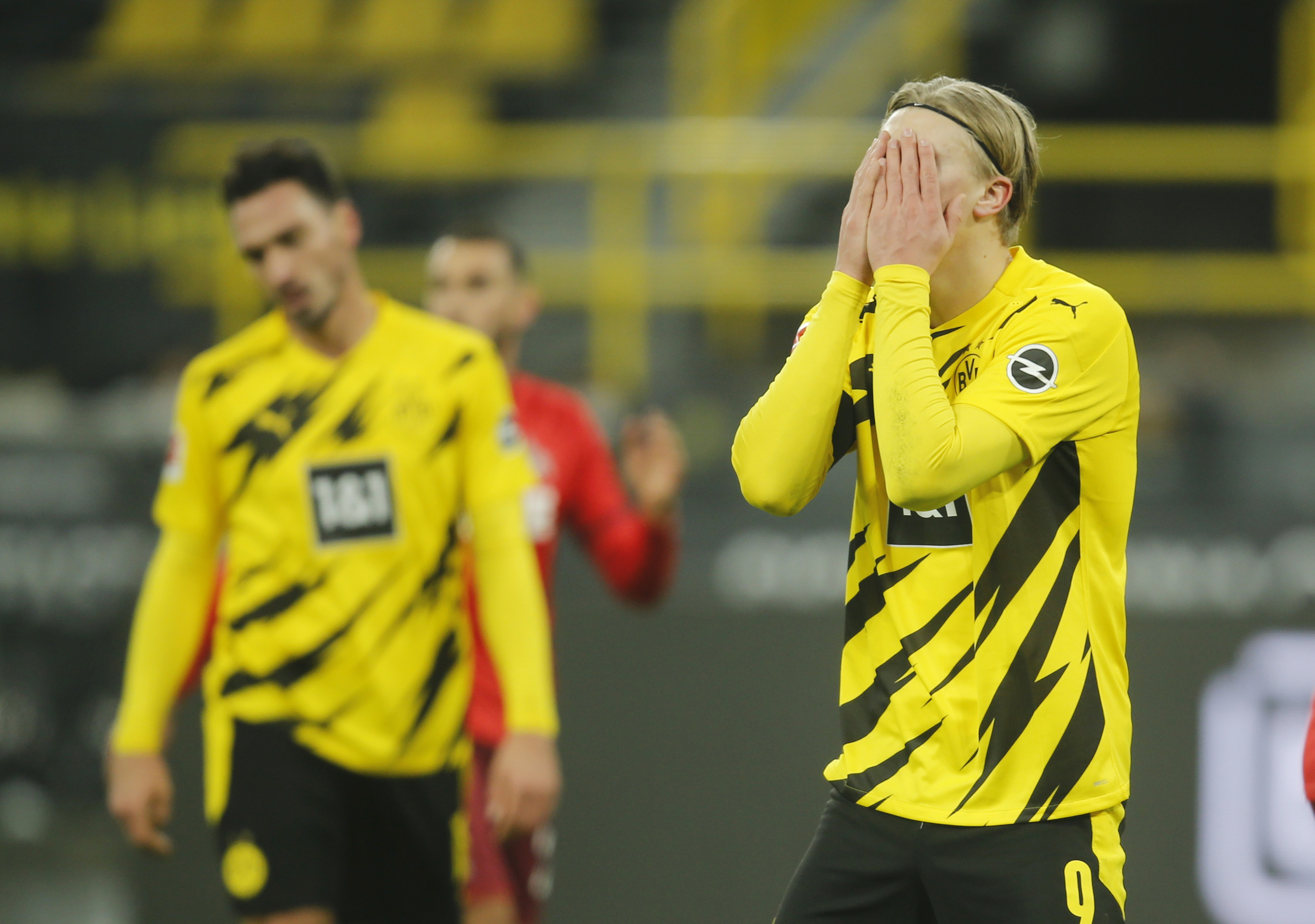 Fans of the German giants were left reeling at the thought of their 20-year-old hotshot being ruled out long-term.

But the star, son of ex-Premier League midfielder Alf-Inge Haaland, has provided a positive update on his setback after being checked out.

Tweeting a snap of him with a thumbs-up, he wrote: “Good news! Spoke with my doctors. Back soon.”

Haaland has been a revelation since signing for the Germans almost 12 months ago, scoring 33 goals in just 32 games.

Prior to his arrival in the Bundesliga, the 20-year-old turned heads across Europe with 28 goals in just 22 matches for RB Salzburg.

Manchester United were strongly linked with a move before Haaland joined Dortmund.

But the Norway international will now be watching from the sidelines as he recovers from his hamstring setback.

Despite initially missing out on Haaland, United are reported to still be interested after he worked with Old Trafford boss Ole Gunnar Solskjaer at Molde.

Indeed, Haaland is just three goals behind his former gaffer in European football.

After picking up his hamstring injury, Haaland will have to wait until the knockout stages for another bite of the cherry.

But Solskjaer is confident he will break the record with ease, saying: "He will beat it very easily.

"The boy was great to work with and some part of me feels proud to have a little input in such a rise.

"I’m sure Erling will score many goals in the Champions League."

Dortmund still managed a 1-1 draw against Lazio on Wednesday, with Raphael Guerreiro opening the scoring in the 44th minute.

But Lazio forward Ciro Immobile netted a penalty in the 67th minute to earn the Italians a point on the road.

The result means Dortmund have booked their place in the last 16.

12/03/2020 Sport Comments Off on Erling Haaland injury not as bad as first feared as Dortmund ace says he will be 'back soon' after speaking with doctors
Recent Posts
We and our partners use cookies on this site to improve our service, perform analytics, personalize advertising, measure advertising performance, and remember website preferences.Ok