The lower profile arm of Division I football is mostly sitting out the fall. So far, at least, second thoughts aren’t widely spreading through the ranks. 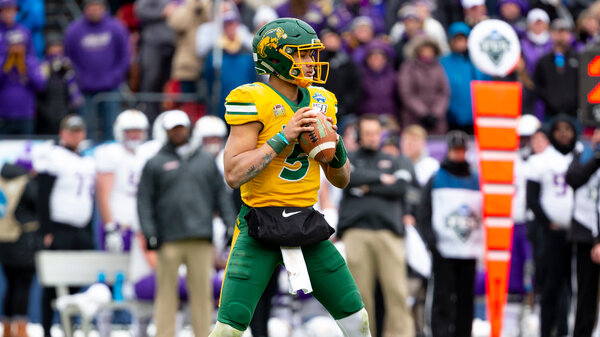 The North Dakota State Bison, who have won eight national titles in the last decade in the Football Championship Subdivision, will open their fall season on Saturday in Fargo.

Then, after what could prove to be a showcase for Trey Lance, an N.F.L. prospect at quarterback, the Bison will join almost every other F.C.S. program and not play until at least February. Their next chance at a championship, if a planned spring season happens, will not come before May.

The sweeping resurrection of Football Bowl Subdivision competition — the Power 5 and Group of 5 leagues all plan to play this autumn after some conferences, including the Big Ten and the Pac-12, reversed their approaches to competing during the coronavirus pandemic — is not trickling down to the arm of Division I that draws far less attention and money but attracts millions of fans anyway.

Instead, after the seesawing drama among the wealthier conferences that are tied to the College Football Playoff, the leaders of F.C.S. leagues appear broadly content with their strategy of games being largely off until 2021.

No widespread revolt seems to be brewing, officials across the country said, nor is a sudden, coast-to-coast revival of F.C.S. football in the works. The N.C.A.A.’s decision to move the subdivision’s championship tournament to April and May has helped quell, though not eliminate, open second-guessing, with players, coaches and administrators as assured as they can be that a title will be at stake come spring.

“We are going to learn a lot from the experiences of those teams playing this fall, and we’re going to have a much better, clearer path for how to be successful,” said Patty Viverito, the commissioner of both the Missouri Valley Football Conference, which includes North Dakota State, and the Pioneer Football League. “I think they made the decisions that made the most sense for them at this point, and good for them, but it’s not the same blueprint for us.”

With seven matchups, some of them against F.B.S. teams like Army, Florida State and Wake Forest, this week’s schedule of games will be the biggest burst of F.C.S. football in 2020. But most F.C.S. teams will be nowhere near the playing fields this weekend, their fall seasons upended by the pandemic, in part because of the costs of trying to play safely during a health crisis.

10/01/2020 Sport Comments Off on Few Games, but Very Little FOMO, in College Football’s Less Glamorous Tier
Recent Posts
We and our partners use cookies on this site to improve our service, perform analytics, personalize advertising, measure advertising performance, and remember website preferences.Ok