When two drivers who have won nine of the last 11 Formula One championships describe the motorsport series as a “mess,” you know there are serious issues.

The five-time champion Lewis Hamilton of Mercedes, and Sebastian Vettel of Ferrari, with four titles, have questioned the sport’s future, and they are not alone.

Before this season’s 10th race on Sunday, the British Grand Prix, there is concern about the state of Formula One, with a dominant Mercedes team marching to its sixth consecutive constructors’ title and Hamilton to his sixth drivers’ championship.

“Don’t point fingers at the drivers because we don’t write the rules,” Hamilton said after his routine victory in France last month. “You should put pressure on the people at the head who should be doing their job. I think they are trying to, but for many, many years they have made bad decisions.”

New rules governing the sport are to be introduced for the 2021 season, with the Fédération Internationale de l’Automobile, the sport’s governing body; Formula One; and the teams still working out the details of the technical regulations for the design of the cars. They are changes the sport hopes will lead to more competitive racing. A salary cap is also expected to be introduced to help smaller teams compete.

[Read more on how Formula One teams use Mission Control to better direct the action on the track.]

The rules were last significantly changed before the 2014 season when the current 1.6-liter turbocharged hybrid power units were introduced. Mercedes has won every constructors’ championship since. 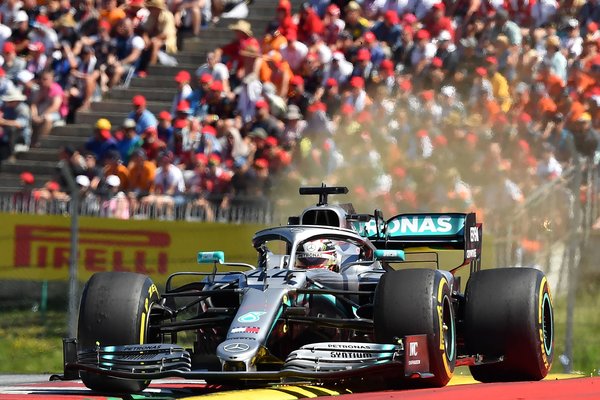 A few days before the French Grand Prix, Hamilton attended a meeting of the World Motor Sport Council, an arm of the federation, known by its French abbreviation F.I.A., and that decides Formula One’s regulations.

Along with Nico Hulkenberg, a driver with Renault, and Alexander Wurz, president of the Grand Prix Drivers’ Association, Hamilton listened to representatives from the F.I.A., the 10 Formula One teams and Formula One which promotes the championships and oversees the commercial rights, debate the planned overhaul of the rules for 2021.

It was the first time drivers had been present for such a meeting, and Hamilton was dismayed by the self-interest of the teams.

“Ultimately, the F.I.A., they’re the governing body,” Hamilton said after the meeting. “They need to make all the decisions. The teams shouldn’t be involved in that, in my opinion. The teams all want to do something for themselves.”

Hamilton is scheduled to attend future meetings, with his standing as a five-time champion carrying weight in the debate. He objected to the suggestion that the cars be heavier in 2021.

“I see the mess that we’re in, I see it every year,” he said. “If they listen to any of us, the drivers that have been here for a little bit longer who have truly experienced different tires and different aero packages, hopefully, we have a better understanding or input.

“I felt in the last couple of years we’ve all aligned, all joined together, and I also realized the position and responsibility I have as the driver with the most championships. It has meaning when it comes to speaking to the F.I.A.”

Vettel’s dismay was incited by a penalty he received at the Canadian Grand Prix in June when he was cited for an unsafe return to the track after going over the grass. For almost pushing Hamilton into a wall, the stewards added five seconds to his time. Despite finishing first, Vettel dropped to second, with Hamilton the winner.

Vettel later said the sport was no longer the one he had fallen in love with as a boy.

“I love racing,” he said. “I think the cars are great fun to drive; they are very fast, the fastest we’ve had. The problem is we have so many rules trying to basically put in writing what we can’t put in writing, and it’s just a bit of a mess.

“In our sport, it’s very difficult to cater to every possible outcome, every situation in writing, and nail down a rule for it. Let’s simplify and give drivers the freedom to race each other. That’s what I would like.”

Charles Leclerc agreed with his Ferrari teammate and Hamilton, saying that “the sport is probably not in the best shape.”

“There are a few things we can do to improve it significantly,” Leclerc said. “Having a closer field would help, cars that can follow closer to each other would also help for overtaking.”

Sergio Perez, the Racing Point driver, said he feared that Formula One was “certainly losing interest from a lot of people,” as there were “some races that are incredibly boring at the front of the field.”

A problem this season is that Mercedes adapted more quickly than other teams to a regulation change that allowed for wider front wings, introduced in an attempt to allow cars to follow more closely and improve overtaking. The change has resulted in the team’s overwhelming superiority.

Max Verstappen, a Red Bull driver, said that what was going on now was nothing new. Some teams have always been on top.

“I agree it’s not great, but I think Formula One has always been like this because, before Mercedes, Red Bull dominated the sport,” Verstappen said. “Before that, you had Ferrari, Williams, McLaren.

“Unfortunately, you always have these years of domination. I don’t agree with it, but it’s like it is. There is always one team which understands the rules better than others and does a better job.

“It’s up to us now to find a way where not every team starts speaking for their own advantage.

“Maybe it’s just better to leave out all the teams from the discussions and just say, ‘These are the rules, and you deal with it.’”

Leclerc and Verstappen were at least involved in a thrilling battle in the last race, in Austria, where the Mercedes cars had cooling issues. After starting the season with six wins and two second-place finishes in the opening eight races, Hamilton was fifth. His teammate, Valtteri Bottas, came in third.

One of the crucial changes to the regulations under discussion for 2021 is the introduction of a team budget cap.

The cap, the amount of which has not been determined, is meant to help the smaller teams compete better against the bigger ones, which often have budgets of about $300 million, with the smaller teams often at a third of that.

“There is an issue with this big gap between the top teams and the midfield teams,” said Andreas Seidl, the McLaren team principal who took charge in May.

“The resources of these teams went out of control compared to what we, for example, can do. It’s not possible for us to be competitive and sustainable at the same time.

“So it’s very important to get this right for 2021. The objectives are clear for everyone involved, with a huge agreement regarding the biggest topic, the introduction of a budget cap, because that is the only guarantee to have a level playing field between the teams.”

Formula One recognizes there are issues, which Ross Brawn, its managing director of motorsports, said were being addressed.

“We know well that Formula One needs to make an important change in direction if it wants to maintain its position as one of the most-followed sporting spectacles in the world,” he said.

“All of the key stakeholders — ourselves, the F.I.A. and the teams — agree on the objectives, and there is broad agreement on the major principles, such as the introduction of the budget cap and a fairer distribution of the revenue, while on the technical aspects we, and the F.I.A., have worked together with engineers from all the teams.

“Let’s be clear, Lewis, Valtteri and Mercedes are not to blame for a season verging on perfection, and it should be obvious that the rule changes we want to introduce are not directed against a team that is rewriting the record books.

“But we must all understand that the sport we love needs more competition so that other teams can also aspire to podium finishes, and it is not just a few powerful teams that dominate.”

07/12/2019 Sport Comments Off on Formula One Has a Problem, and Everyone Knows It
Recent Posts