FRANK LAMPARD is on thin ice at Chelsea.

This weekend's 3-1 defeat to Manchester City has left his job under serious threat. 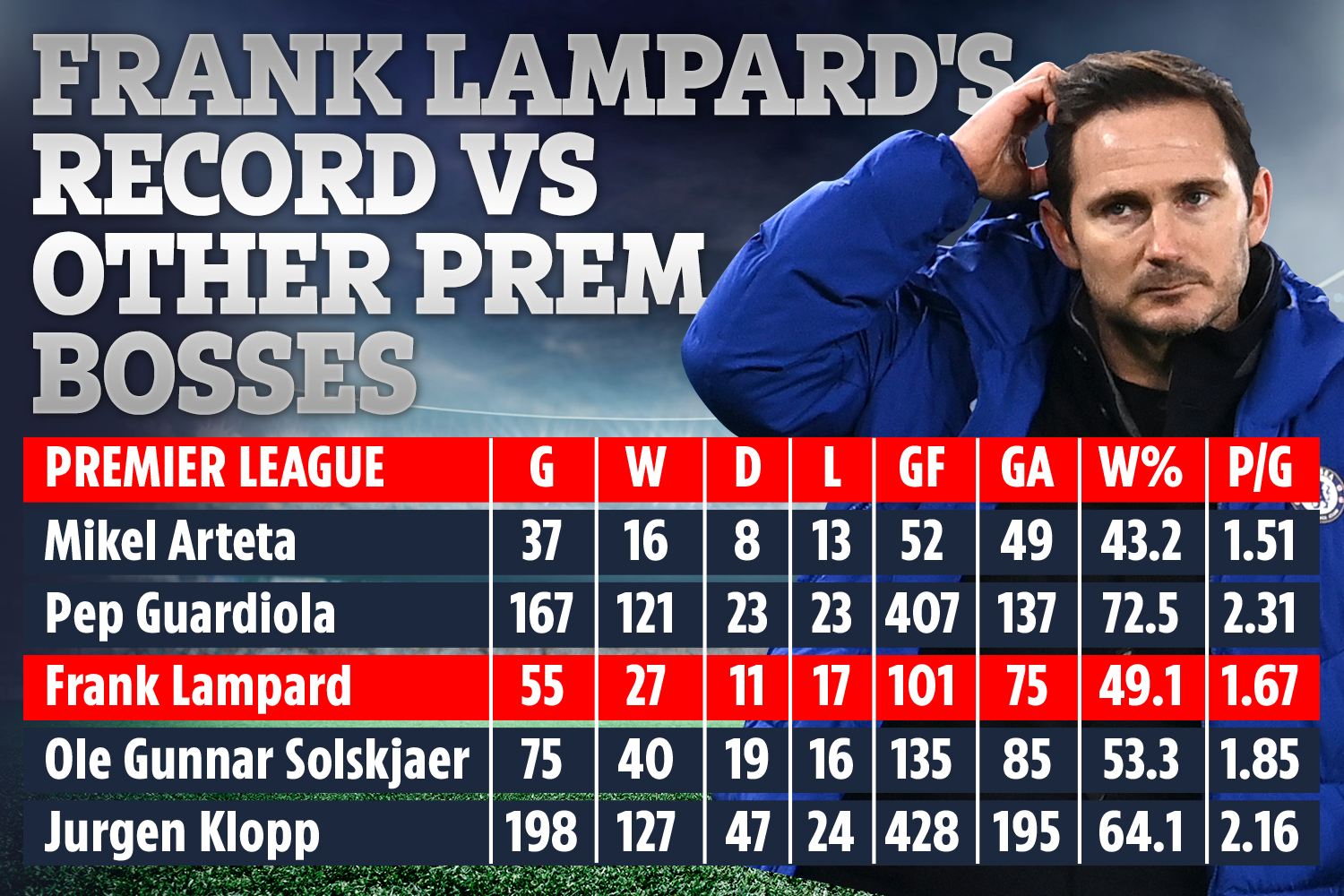 Chelsea have now lost four of their last six games in the Premier League.

Defeats to Everton, Wolves, Arsenal and City have piled the pressure on Lampard.

Despite forking out more than £250million in the summer, his team are eighth in the table.

The 42-year-old has emerged as the most likely manager in the league to be sacked next.

But does Lampard deserve more time to prove his managerial credentials at the club?

SunSport have compared his record in the Prem to Mikel Arteta, Ole Gunnar Solskjaer, Jurgen Klopp and Pep Guardiola.

The first thing to look at is average points per game – unless you're #TeamLampard then I'd look away now.

After 55 games in charge, the ex-England international has averaged a below-par total of 1.67 points.

Only Arsenal boss Arteta – who has admitted he is 'struggling' – has less than him with 1.51.

Guardiola is head and shoulders above the rest with an incredible average of 2.31 points per game.

Of course, this means the Manchester City boss has the highest win ratio of 72.5 per cent.

Yet again, only Arteta has a worse record than the Chelsea boss. 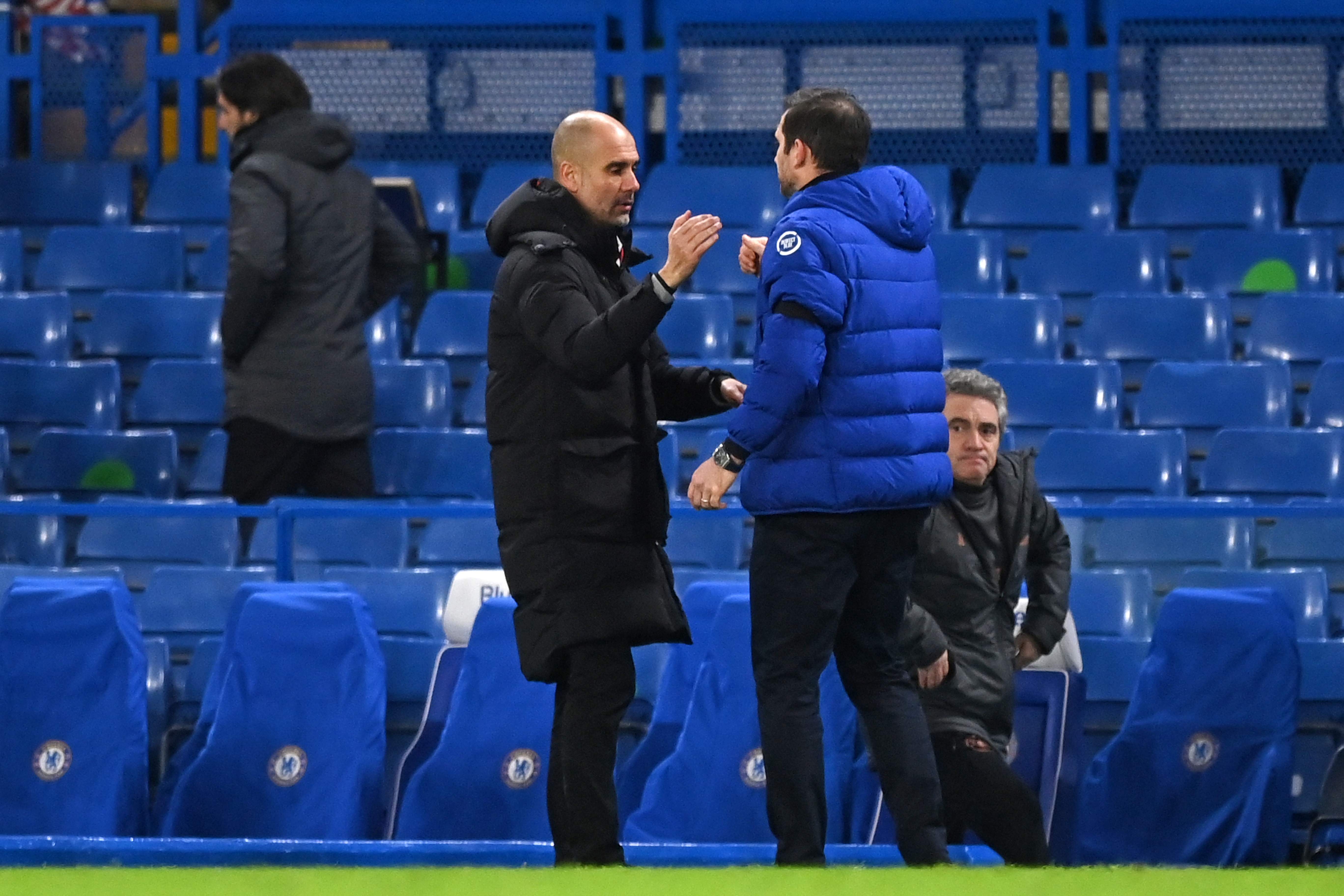 The Stamford Bridge side have scored 101 goals and conceded 75 with him in charge.

To conclude, Lampard is still way behind likes of Guardiola, Klopp and even Solskjaer.

But if he does get the boot – he could bump into Arteta at the job centre.