What then, when the carnival is over?

The tragic case of Danny Frawley the former AFL champion who lost his life on Mondayis a case in point of one-time football stars who struggle badly later in life. 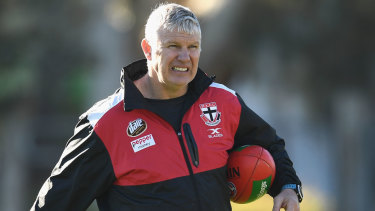 At 56, Frawley was a man who had done it all on the football field, had followed up by carving out an all but equally brilliant media career, had a fabulous family of a wife and three daughters, was loved by the whole of the AFL community only to … finish his life in desperately horrible circumstances.

It will be for the coroner to decide the root cause of his death, but the least that can be said for now is that Frawley is far from alone as a former footballer suffering from such severe depression that his family feared for him – and in many cases that fear proved to be on good grounds. 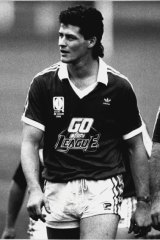 Early in 2017, rugby union lost Wallabies second-rower Dan Vickerman, also a family man, when he took his life – a case that still confounds and upsets so many of his former teammates, haunted like so many are in such cases by the fear that they could have done more to help if only they’d known.

In rugby league, the most famous case was a charismatic and extremely popular Kangaroo by the name of Peter Jackson, who, after his stunning football career was over, prospered in the media and seemed to be going well, only to die young of a heroin overdose alone in a Sydney hotel room. In his case, suicide was never confirmed, but certainly depression – likely stemming from sexual abuse in his youth – was judged a factor in his abuse of strong drugs.

In more recent times, Roosters and Eels player Chad Robinson, also a father, was found dead in his car in 2016 at the age of 36. He had been missing for a month in a case police said had "no suspicious circumstances".

In Australian rules football, just last Saturday the accomplished writer Richard Guilliatt wrote a piece in The Australian, where, after reeling off several high-profile cases of AFL players who had suffered severe depression, at least one of whom had attempted suicide, called on the code "to explore how mental health became the No.1 crisis issue in the nation’s most popular sporting spectacle".

And beyond such well-documented cases, of course, there are dozens, and indeed hundreds of others where current and former sportspeople lose their way, sometimes in life-threatening manner.

What to do if you are one of those players, or you have a family member who answers that description?

Nevertheless, specifically on former sportspeople, Sydney clinical psychologist Dr Emmanuella Murray notes: "Depression among highly regarded sportspeople who retire is very common, and sometimes gets to dangerous levels. They are people who have achieved elite status by pouring their energy into perfecting key skills and they often measure their own worth by their sporting achievements. And so often they can go from being super-confident people, who are adored, to feeling forgotten and doubting themselves. The have rated their worth on one criteria, their career, and when that career is over, they feel so too is their worth."

Often it comes on, straight after retirement.

"Depression," Dr Murray said, "is often triggered by major life changes and finishing a sporting career can be one of those, particularly the loss of identity that comes with it. We feel great when we are playing, and someone. We can feel worthless when it stops, and no one."

Getting professional help is the starting point, and from there the expertise of those professionals is helping their patients get meaning in their lives beyond the sporting arena.

"Staying connected with the people you used to know in sport is important," she said, "but so, too, is making new connections in the world beyond sport you may now be living in."

Lately, however, there has been growing awareness of another kind of depression often specifically linked to former footballers in contact sports, those who suffered many concussions or at least repetitive brain trauma that leads to Chronic Traumatic Encephalopathy, the progressive degenerative disease of the brain. This often leads – particularly men in their 50s – to such things as wild mood swings, deep depression, outbursts of anger, early dementia and attempts at suicide.

CTE is something I have written about many times, and feel passionately about. If former players or their families feel that this description fits them, then again the starting point is getting professional help. My go-to bloke on the subject is Dr Adrian Cohen of the organisation Headsafe – devoted to dealing with the fallout from concussions – and he is firm on that point.

"You can get help," he said. "You are not alone. And even if you have suffered damage in your sporting career, there are many things that can be done to help you retain what you have got, and help you cope. But the first thing is to be professionally assessed. Once it is established to the best of the professional’s knowledge the type of damage you have suffered, and its degree, they can work with you from there. Ideally, make your first port of call doctors and psychologists versed in sports-related concussion."

Generally, Cohen’s advice also centres on living as socially and healthily as possible.

"Don’t be afraid to ask for help … you’re not alone. Discuss your symptoms openly with your friends and family. Be informed. Quit ciggies, drugs and heavy drinking. Stay as healthy as you can. Stay socially and mentally engaged."

Got it, you blokes?

Talk to friends and family. If you are suffering, reach out. Or give me a yell on [email protected] and I can help steer you to some of the right people.

Related posts:
09/11/2019 Sport Comments Off on From highest highs to lowest lows, sports stars must start talking
Recent Posts
We and our partners use cookies on this site to improve our service, perform analytics, personalize advertising, measure advertising performance, and remember website preferences.Ok