GEORGES ST-PIERRE is open to a boxing switch when his UFC contract expires after Dana White blocked his fight with Oscar De La Hoya.

The UFC legend was offered as De La Hoya's comeback opponent on September 11, but White intervened. 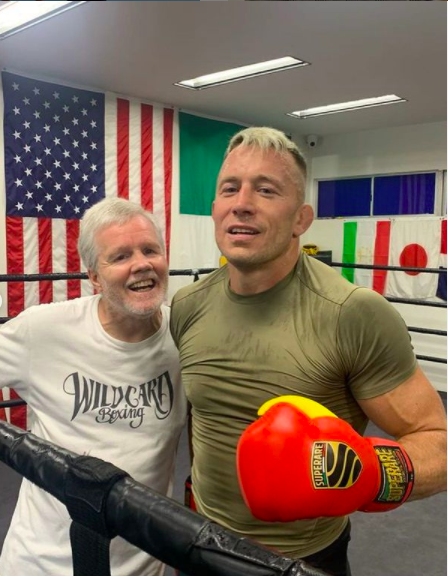 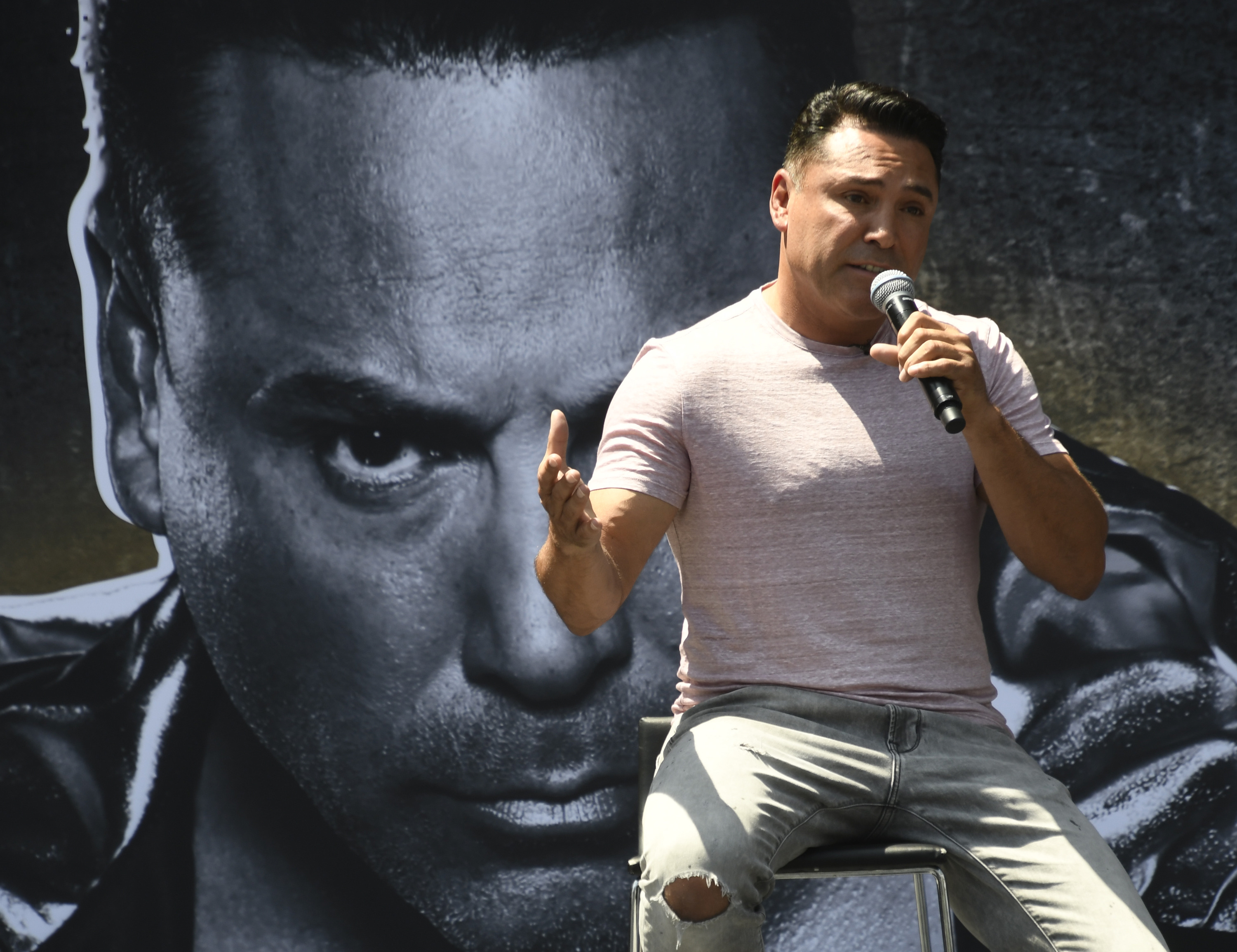 But when his deal runs out, GSP admitted he would consider lacing up the gloves.

St-Pierre, 40, told Ariel Helwani:  “I’m cheering for Vitor, Vitor is a friend of mine.

"We’ll see. I’m still under contract for, I think, another year or two with UFC. But I’m not going nowhere.

UFC president White allowed Ben Askren – who had been retired a year – to fight YouTuber Jake Paul in April.

But Askren, who was still tied down to the UFC, was beaten in round one in the pay-per-view fight with Triller.

White has clashed with Triller in the past and more infamously with former six-weight boxing champion De La Hoya.

And his distain for the Golden Boy was so bad he flat out refused to let St-Pierre fight him, fearing his rival would win.

GSP explained: "Dana did not want it. I knew he hates Oscar but I said to him, ‘Listen, I’m going to make Oscar look bad because I’m in great shape.

"'I’ve been staying in great shape the whole time and I’m going to do a full boxing training camp with Freddie Roach and his world champions there, so I’ll be very well prepared.’

“At first he says to me that the reason why he did not want it is because he thought that Oscar would basically destroy me in a boxing match.

"And I had some good arguments — I told him that I believe Oscar has more mileage than I do, he’s no longer in his prime, I stayed busy the whole time, I’m still in great shape, I’m going to be very well prepared and I’m taking this fight very seriously.

"And I told Dana, I said, ‘If there’s one MMA fighter that go to boxing and look good in this situation, it would be me.’

“And at first he refused. Then he thought about it but he came back with the argument that, oh, no, it’s not because he thinks Oscar is going to win; he thinks it’s because he doesn’t like the fact that Triller takes me and makes money off my back while I’m still under contract with UFC."