The 29-year-old blazed his spot-kick over the bar in injury time in the 1-0 win against Sweden in the Nations League on Saturday. 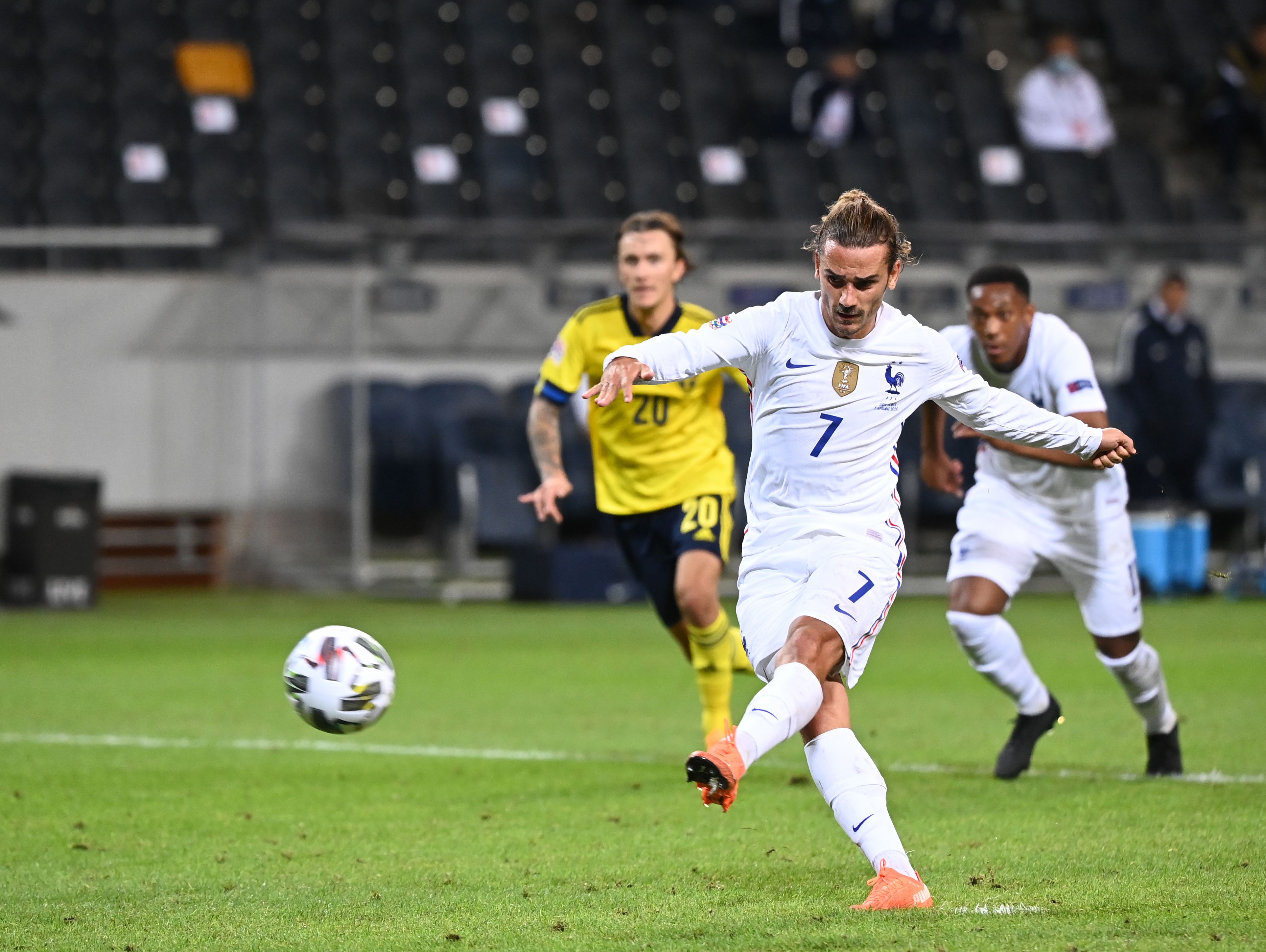 It was his third consecutive miss from 12 yards out for Les Blues having missed against Albania and Andorra last September.

And Deschamps has defended the 2018 World Cup winner, as he claimed Griezmann is struggling because he doesn't take penalties for Barcelona.

Griezmann is yet to take a penalty for the Bluagrana, with his last spot-kick at club level coming in January 2019 during his time at Atletico Madrid.

Speaking to TF1 via GFFN, Deschamps said: "So long as he feels it and wants to take them, he will continue to take them.

"We spoke about it at the beginning of this international break.

"Thankfully for France, when he has had to take them, important penalties, notably at the World Cup, his little foot did not tremble and he did what was needed.”

Griezmann's future at the Nou Camp remains in question after Lionel Messi confirmed he will be staying at Barcelona.

It has been claimed that the likes of Liverpool, Manchester United and Arsenal are all keen on the ex-Real Sociedad star.

Spanish media even stated that Barca offered Griezmann back to Atletico in return for Joao Felix., but the proposal was swiftly rejected.

09/06/2020 Sport Comments Off on Griezmann misses THIRD straight penalty for France but Deschamps blames lack of training at Barcelona for spot-kick woes
Recent Posts
We and our partners use cookies on this site to improve our service, perform analytics, personalize advertising, measure advertising performance, and remember website preferences.Ok