Four players are thought to be unavailable from the Gunners' camp due to coronavirus quarantine rules. 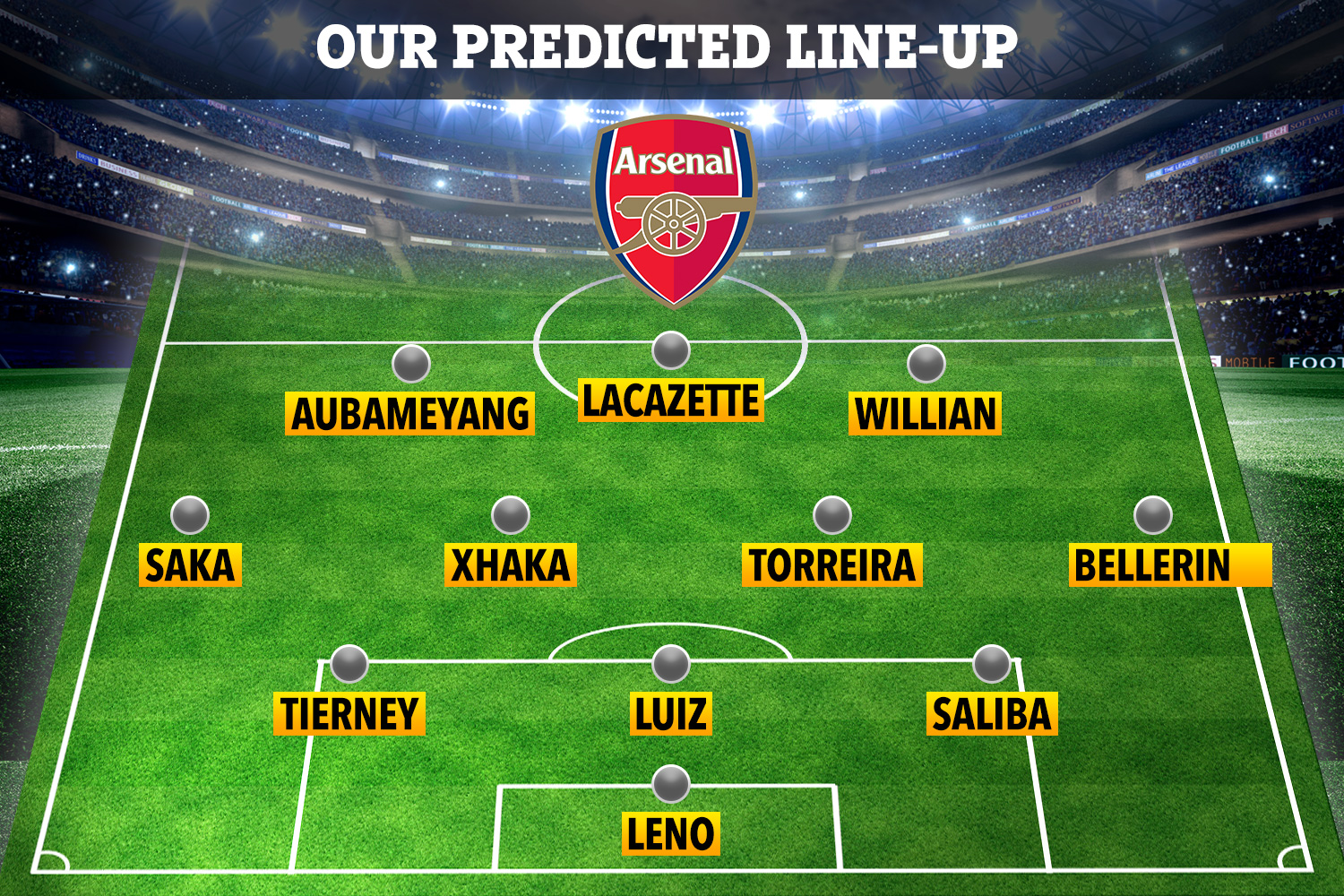 Incoming transfer Gabriel Magalhaes will not be able to make his debut on Saturday, even if he does sign in time.

That is because the new arrival from Lille must spend 14 days in quarantine after the short hop across The Channel.

Likewise, Emiliano Martinez is unlikely to feature having missed part of pre-season following a holiday in Portugal.

The goalkeeper's self-isolation period is over but his time away means he lacks match sharpness.

Two other unnamed players are expected to be absent as Arteta puts his plans together.

Bernd Leno may be deemed fit enough to enter the fray having missed the back end of last season.

In the recent friendly win over MK Dons, the German featured alongside Cedric Soares, Rob Holding and Mohamed Elneny.

Arteta also handed an outing to William Saliba and must find a balance between stars who endured a gruelling end to last campaign and fresher rotation options.

The coach has already lamented the timing of the curtain-raiser, stating: “We’ve been through all the different moments with the restrictions and rules from the government and Premier League testing.

“It’s all so unexpected what is going to happen from day to day.

"But we are trying to adapt and to get the team in the best possible shape to compete on Saturday.

“We’ve only had two training sessions and this game comes right in the middle of our mini pre-season, so it’s not an ideal moment to play."

08/28/2020 Sport Comments Off on How Arsenal could line up without quarantined stars for Community Shield vs Liverpool as Leno eyes way back in
Recent Posts
We and our partners use cookies on this site to improve our service, perform analytics, personalize advertising, measure advertising performance, and remember website preferences.Ok