CARLO ANCELOTTI has reunited with James Rodriguez as he looks to get Everton back to winning ways.

The Toffees manager signed the Colombian star while he was in charge of Real Madrid and Bayern Munich. 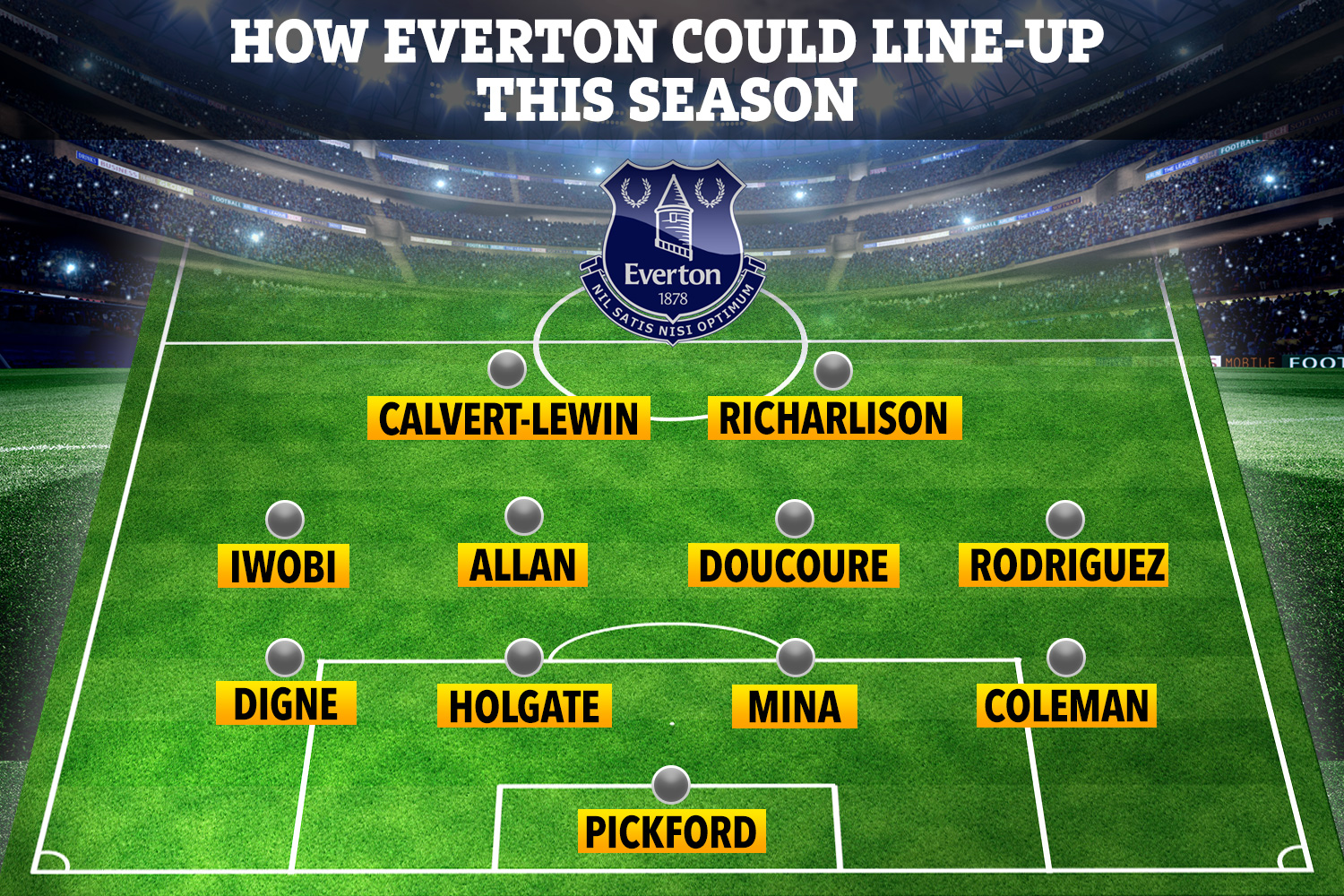 And he's forked out £22million to secure his services on a two-year deal.

Rodriguez arrived as the manager's second senior signing of the summer.

Brazilian midfield Allan made a £25million switch from Napoli to Goodison Park.

The two new boys are expected to be joined by Abdoulaye Doucoure in the midfield.

Everton are said to be close to finalising a £22million deal for the Watford star.

Ancelotti's side are set to the 2020-21 campaign with three new faces after finishing 12th last season.

Everton's campaign begins with an away clash against Tottenham next Sunday.

The Toffees are still being linked to Atletico Madrid winger Thomas Lemar, 24.

He reportedly rejected a move to Porto as he would prefer a Premier League move to Tottenham or Wolves.

Ancelotti is also said to be plotting a move for Manchester United keeper Romero.

09/08/2020 Sport Comments Off on How Everton could line-up this season with James Rodriguez, Allan and Abdoulaye Doucoure in Ancelotti's new-look side
Recent Posts