MANCHESTER UNITED host Brentford on Monday night in their final home game of what's been a disappointing season.

Interim boss Ralf Rangnick will hope to sign off from the Old Trafford dugout with a win as he prepares to move on to new roles. 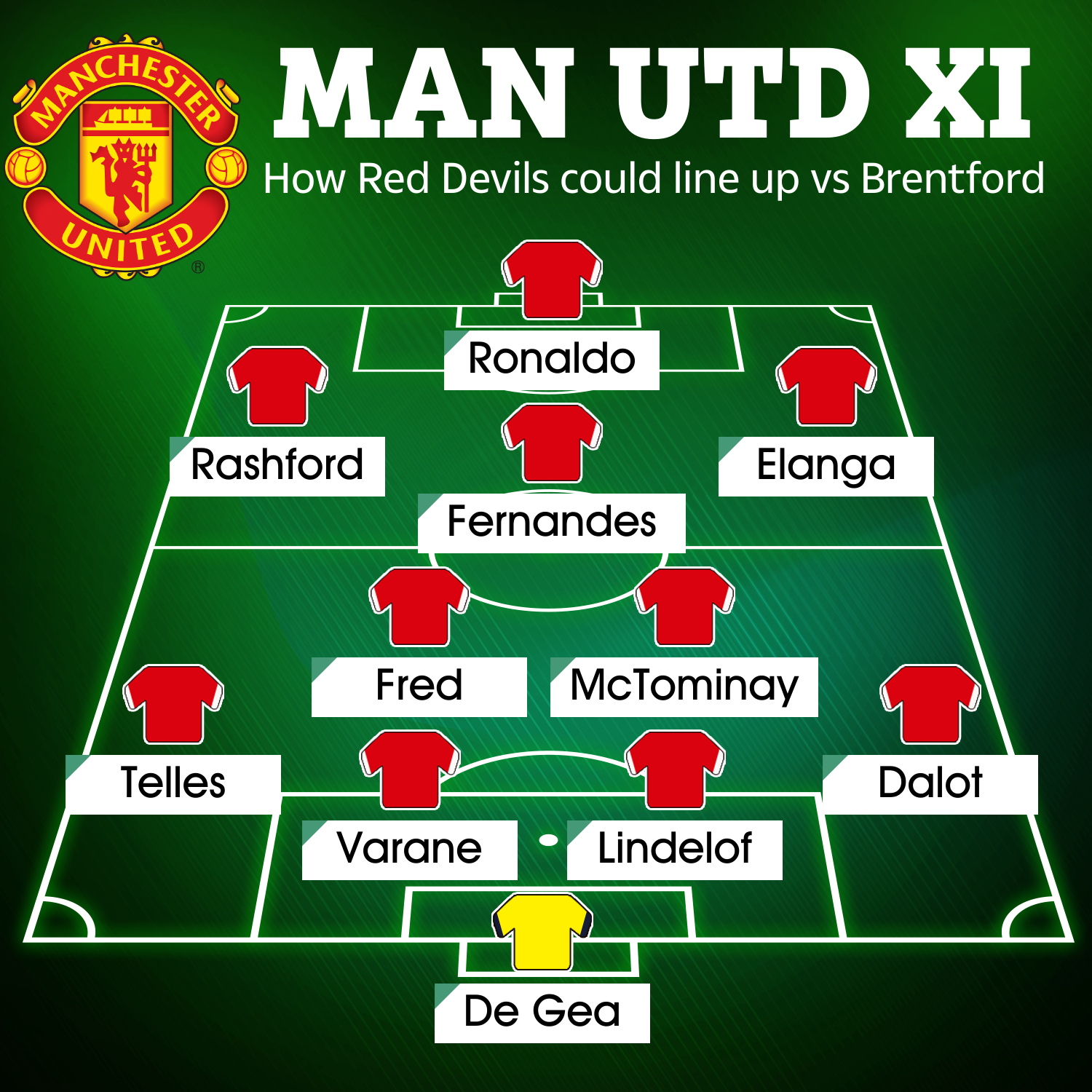 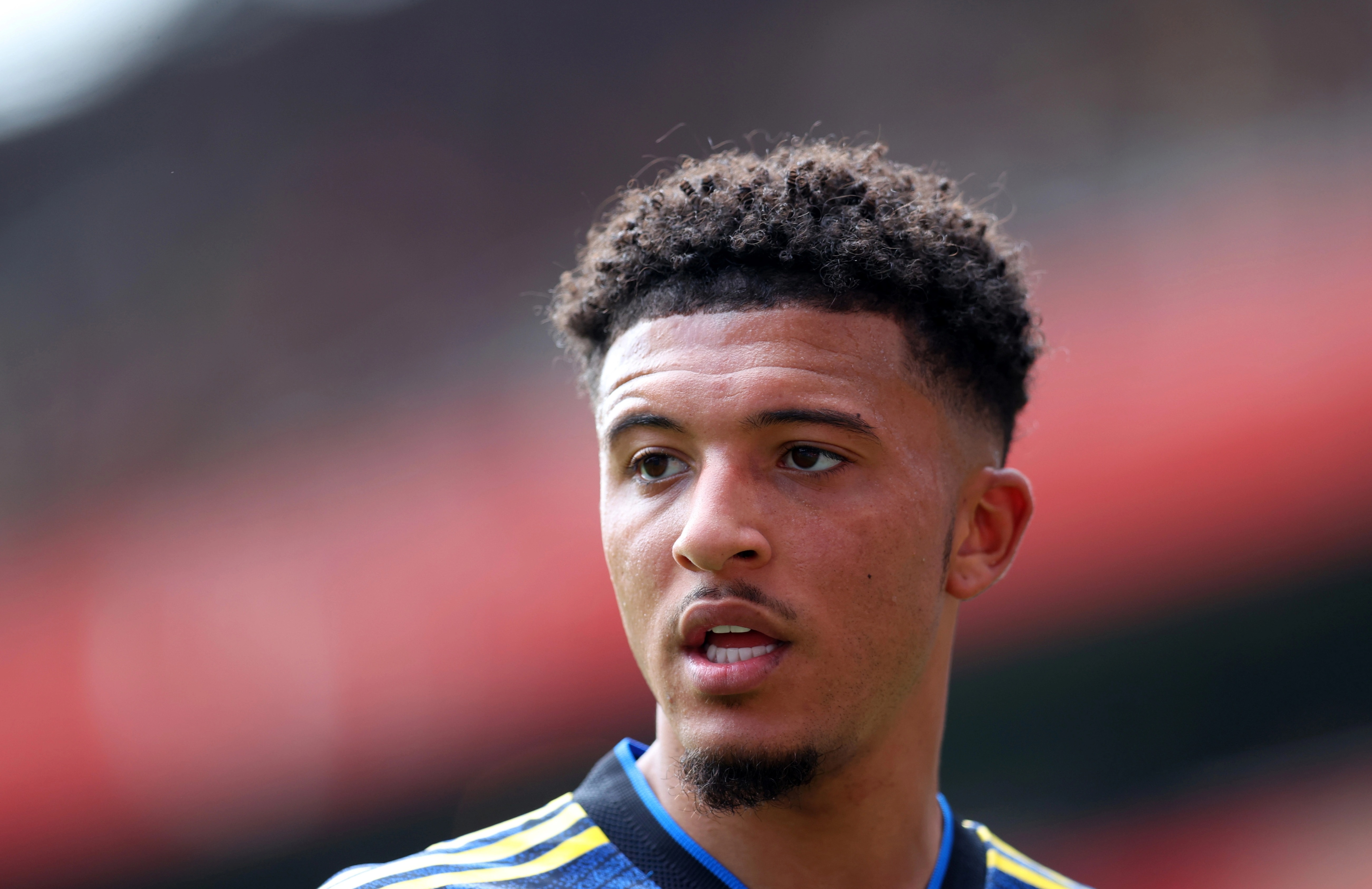 The German will move upstairs into a part-time consultancy position, while also taking charge of the Austrian national team.

For now, his focus remains on preparing Man United's first-team as best he can – despite facing some criticism from fans for the nature of his next move.

Rangnick, 63, will remain without some key players for the clash with Christian Eriksen and Co.

David de Gea will remain between the sticks, although United still have defensive absentees in front of the Spaniard. 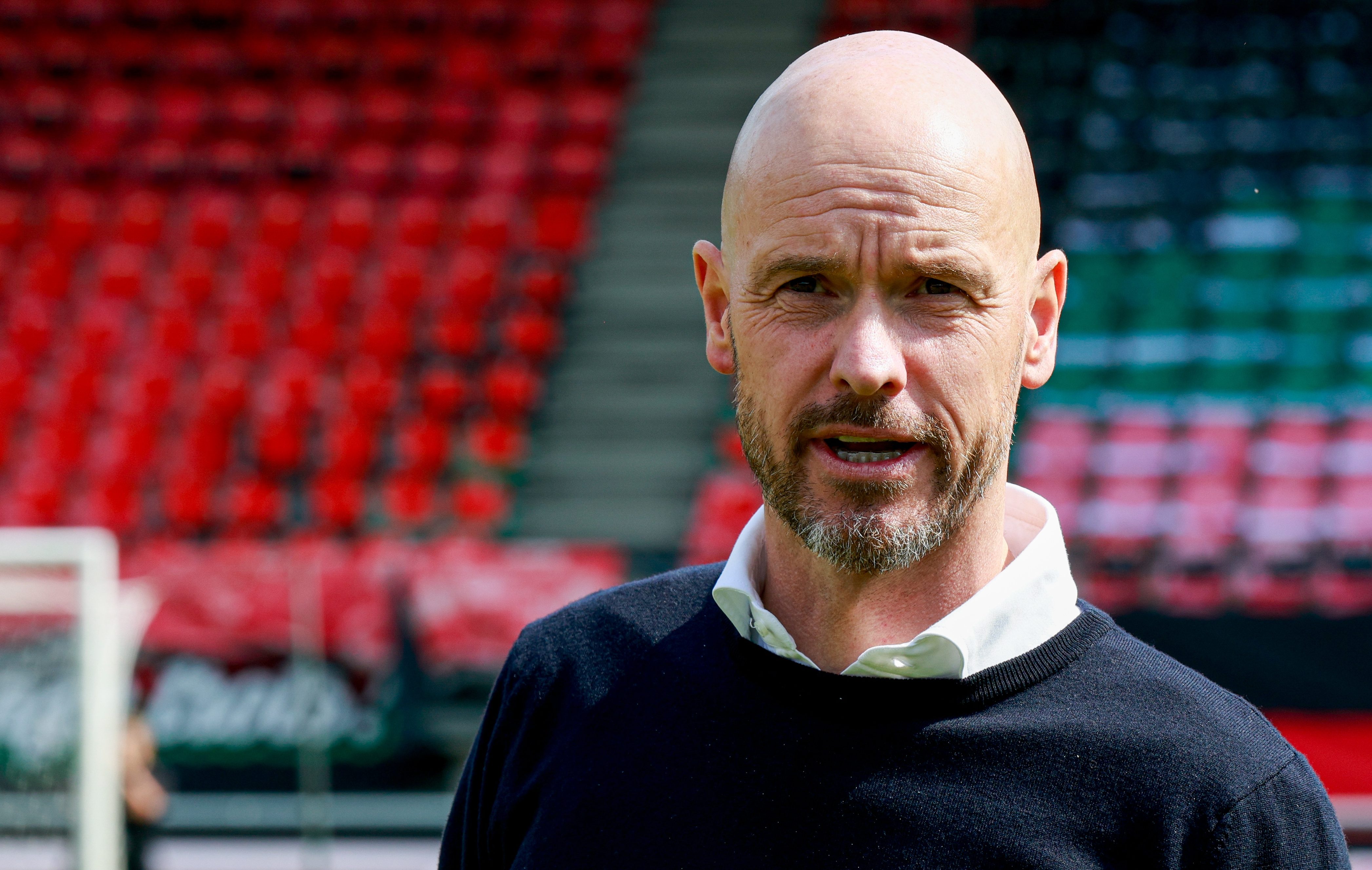 Utd flops should not be only ones at risk of clearout under Ten Hag, warns Mills

William Hill betting offer: Get £30 in FREE BETS when you sign up and bet £10

Aaron Wan-Bissaka could miss out again after being left out of last night's 1-1 draw with Chelsea with a knock – with Diogo Dalot set to start at right-back.

Raphael Varane is fit to play but Victor Lindelof is set to partner the Frenchman with Harry Maguire missing with a knee injury.

Phil Jones and Eric Bailly remain in reserve at the back.

Luke Shaw could miss the rest of the season with a leg injury, with Alex Telles set to continue in his place despite struggling against Chelsea.

Scott McTominay and Nemanja Matic started in midfield against the Blues, although Rangnick is hoping to be bolstered by the return of a regular on Monday.

He said on Thursday: "Right now, I don’t know but I hope Fred will make it for the Brentford game. Tonight, was too early for him."

Paul Pogba remains missing with a calf injury and has likely kicked his last ball for Man United.

Marcus Rashford started on the left flank against Chelsea, despite having struggled for form of late.

The England international will likely keep his place in the starting XI, amid the news that Jadon Sancho could be out for the season.

Rangnick continued: "As it seems, Jadon might be out for the rest of the season with his tonsillitis, so he will most likely be unavailable against Brentford." 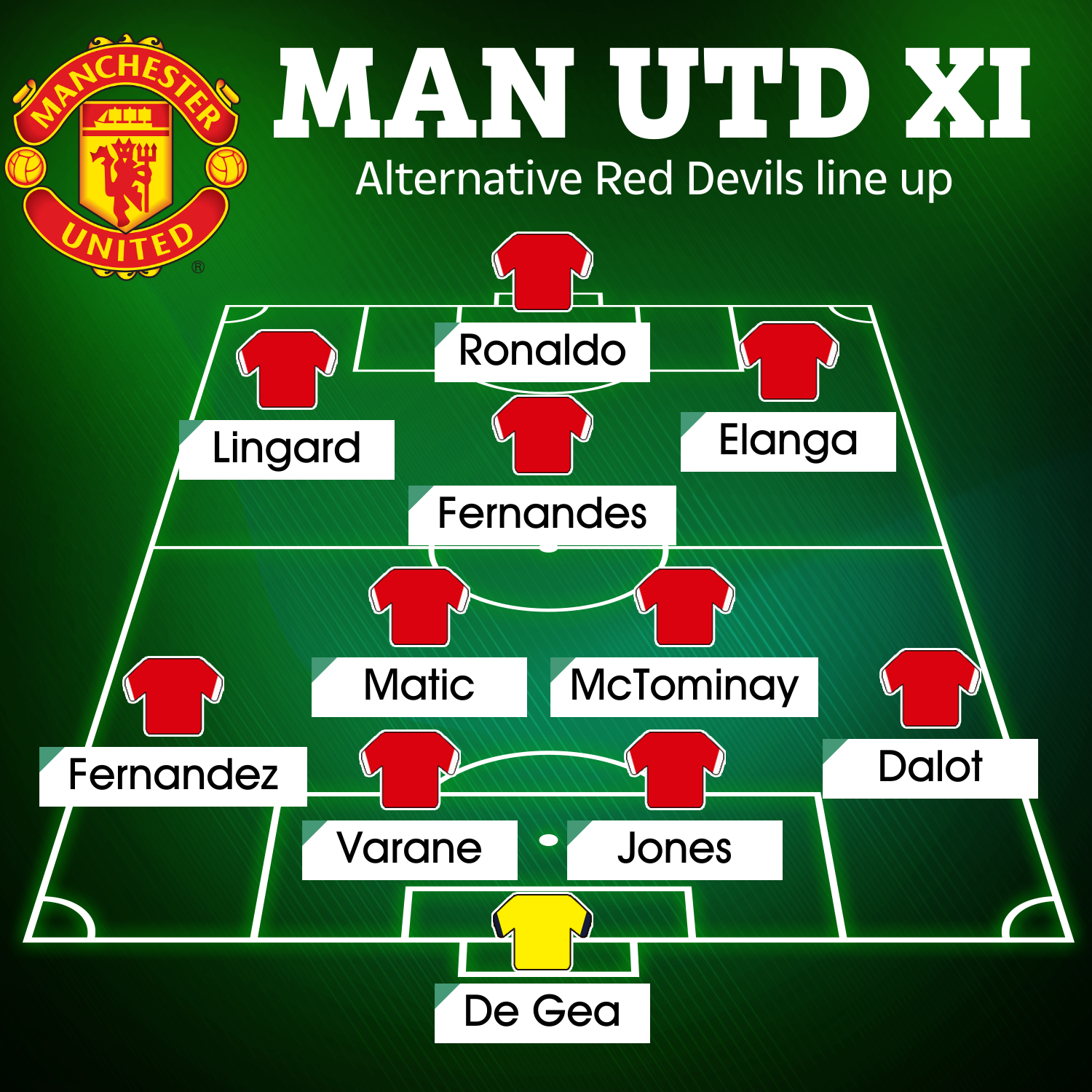 Jesse Lingard missed last night's match due to personal reasons, with Bruno Fernandes set to start again as No10, with Anthony Elanga on Rashford's opposite flank.

Rangnick bigged up Cristiano Ronaldo after his goal last night, with the Portuguese set to start again up top against the Bees.

Edinson Cavani could return to provide some competition, however, with Rangnick adding: "Edinson Cavani is supposed to come back to training tomorrow [Friday] but then again, the question is he has been missing for the last four or five weeks, quite a long time, is he really a player who could then play against Brentford?

"Probably not to start with but at least from the bench."

United's final few games could see a smattering of youngsters get first-team minutes.

Teenagers Shola Shoretire and Alvaro Fernandez were also on the bench against Chelsea.

Monday's match could also mark an Old Trafford farewell for Juan Mata, with the 34-year-old's contract set to expire at the end of the season. 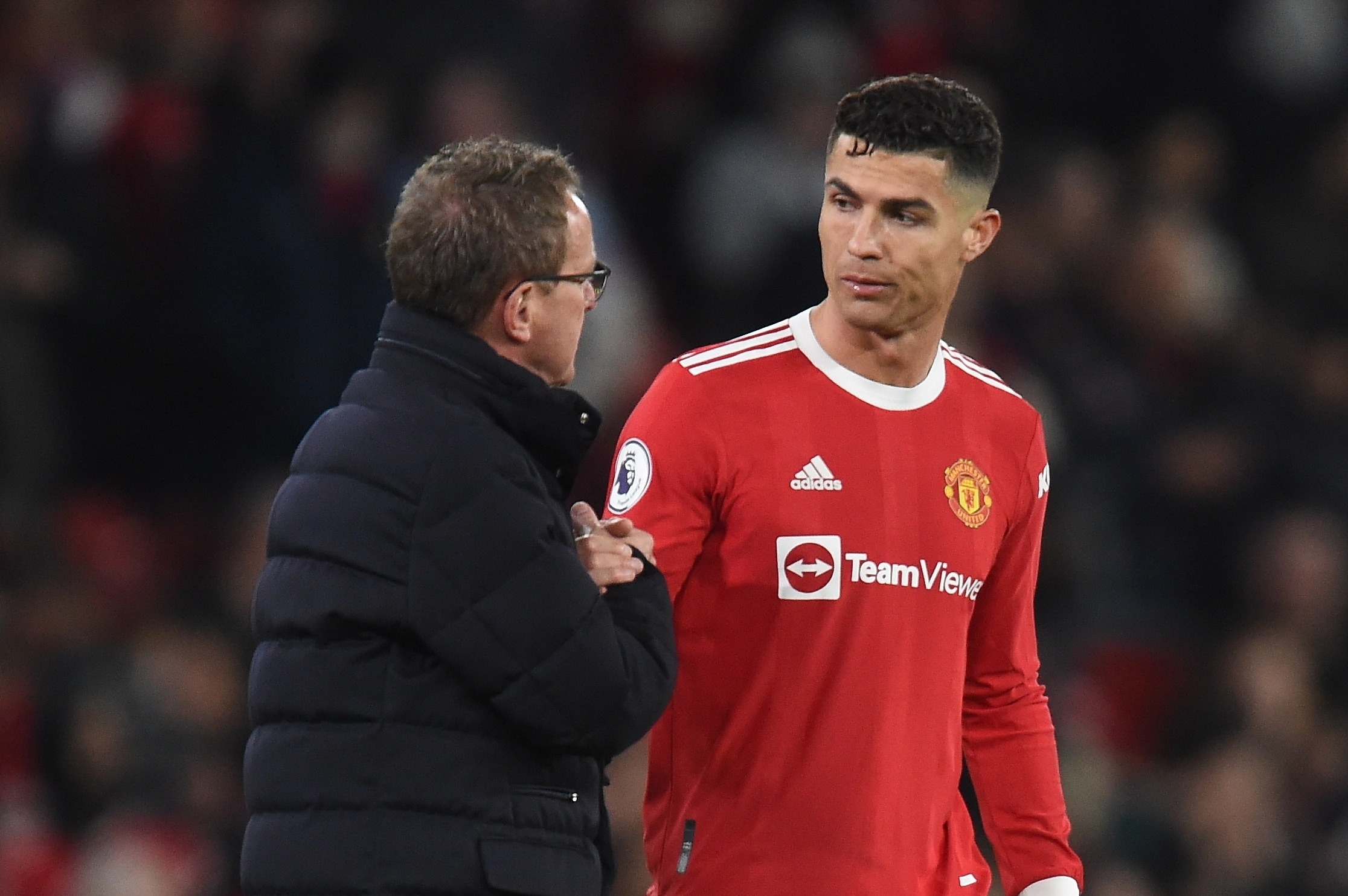