The cricketing superpowers will meet for the seventh time in a World Cup match on Sunday, live on Sky Sports, for a game that takes on a different dimension on the increasingly rare occasions it happens.

India, led by the exceptional Virat Kohli, are undefeated by their rivals in 50-over World Cup matches, while Pakistan – a team that strive on stepping up on the big occasions – have fond memories of lifting silverware on English soil having triumphed in the Champions Trophy in 2017.

Attempting to separate the two teams is a hard task, India top the Test rankings and are just below England in ODIs, meanwhile Pakistan’s consistency in T20Is see them top the international field in the shortest format of the game.

Generations of Indian and Pakistani families, who have emigrated from the subcontinent to England over the past few decades will flock to Old Trafford, for another sell-out clash – tickets for the match sold out in under two hours, the fastest of any group match for this year’s tournament. 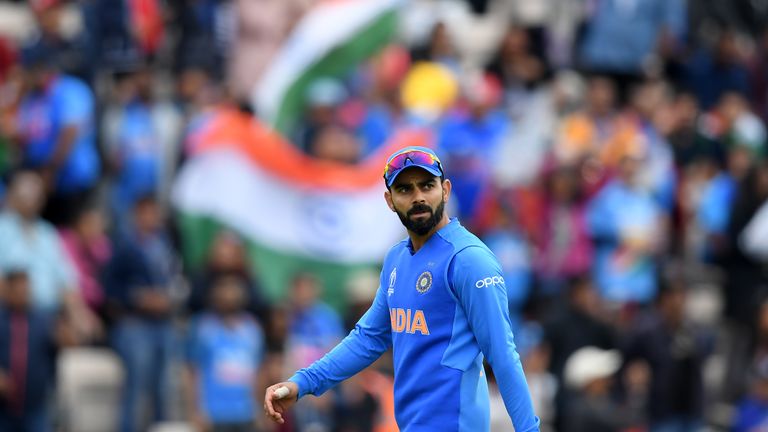 The sound within, and outside, the ground will be deafening, the dhol’s beaten harder and louder than at any other game, the frenzy as the players make their way out to the field bigger and the sound of the anthems sung by fiercely patriotic spectators spine-tingling.

At times, so wildly thunderous is the cheering during India and Pakistan matches that the players have admitted to struggling to hear each other over the chorus of noise their fans are making.

For all the commotion that will be building around the teams throughout the match off the field, there will be an equal amount of excitement on it.

It is impossible to not mention Kohli, who has fond memories of the last time these two teams met at the World Cup in 2015 – hitting a match-winning century in a 76-run thumping at the Adelaide Oval.

It was the sixth successive occasion in a World Cup where India triumphed over Pakistan and Sarfaraz Ahmed’s side remain without a victory against their old foes in the tournament since its inception in 1975.

Since that meeting between the sides in Australia, Kohli racked up an astonishing 4,012 ODI runs before this summer’s competition, hitting 18 centuries and averaging a remarkable 89.36.

The 30-year-old has continued his fine form during this World Cup, hitting 82 off 77 balls in the win over Australia – which included two sixes, the second an outstanding drive over and into the stands at The Oval. If stats alone were enough to beat a team, Kohli would do that single-handedly, and whilst that may be the case in any match he plays in, it stands out even more so when the men in blue take on their neighbours.

Over the seven innings in which Kohli has batted when India successfully overcame Pakistan in ODIs he has scored 427 runs, at an average of 85.4, yet in stark contrast his five innings that have seen his team fall to defeat the batsman has managed just 32 runs, averaging a paltry 6.4

This was illustrated during the Champions Trophy in 2017, when the Indian captain’s 81 off 68 balls during the teams’ meeting in the group stage of the tournament at Edgbaston propelled India towards a 124-run victory. 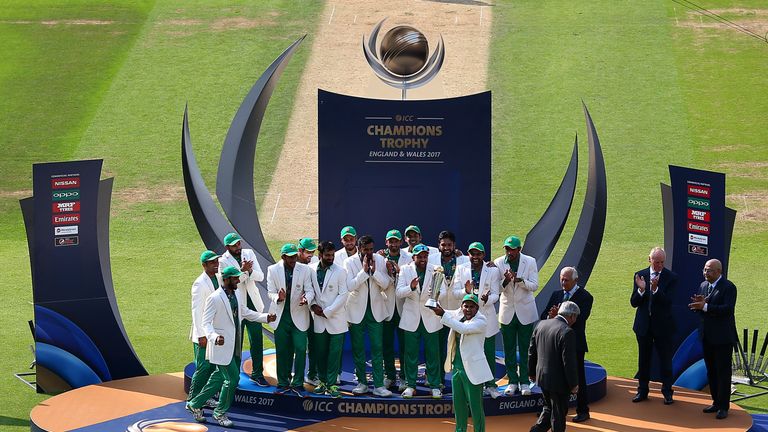 In the final, two weeks later at The Oval, Mohammad Amir forced Kohli to play early at a back of a length ball that saw a leading edge go straight to point, and his dismissal for just five set the tone of an innings that saw Pakistan bowl their opponents out for 158 as Sarfaraz Ahmed’s side strolled to an emphatic 180-run win.

The defeat in the final seemingly spurred India on to greater heights and they picked up resounding wins in their two Asia Cup clashes in 2018.

But, despite a mixed World Cup campaign thus far, Pakistan strive on being underdogs and with Amir rediscovering his electric potency and Wahab Riaz producing a spell in the defeat of England that showed shades of his brilliant best there should be no underestimating their ability to pull off a seemingly unlikely win over a dominant India.