IVORY COAST'S Africa Cup of Nations qualifier against Ethiopia ended in bizarre circumstances after the referee collapsed with just ten minutes to play.

Official Charles Bulu left the field on a stretcher in the closing stages of Tuesday's clash after he fell to the ground, with medics rushing to his aid. 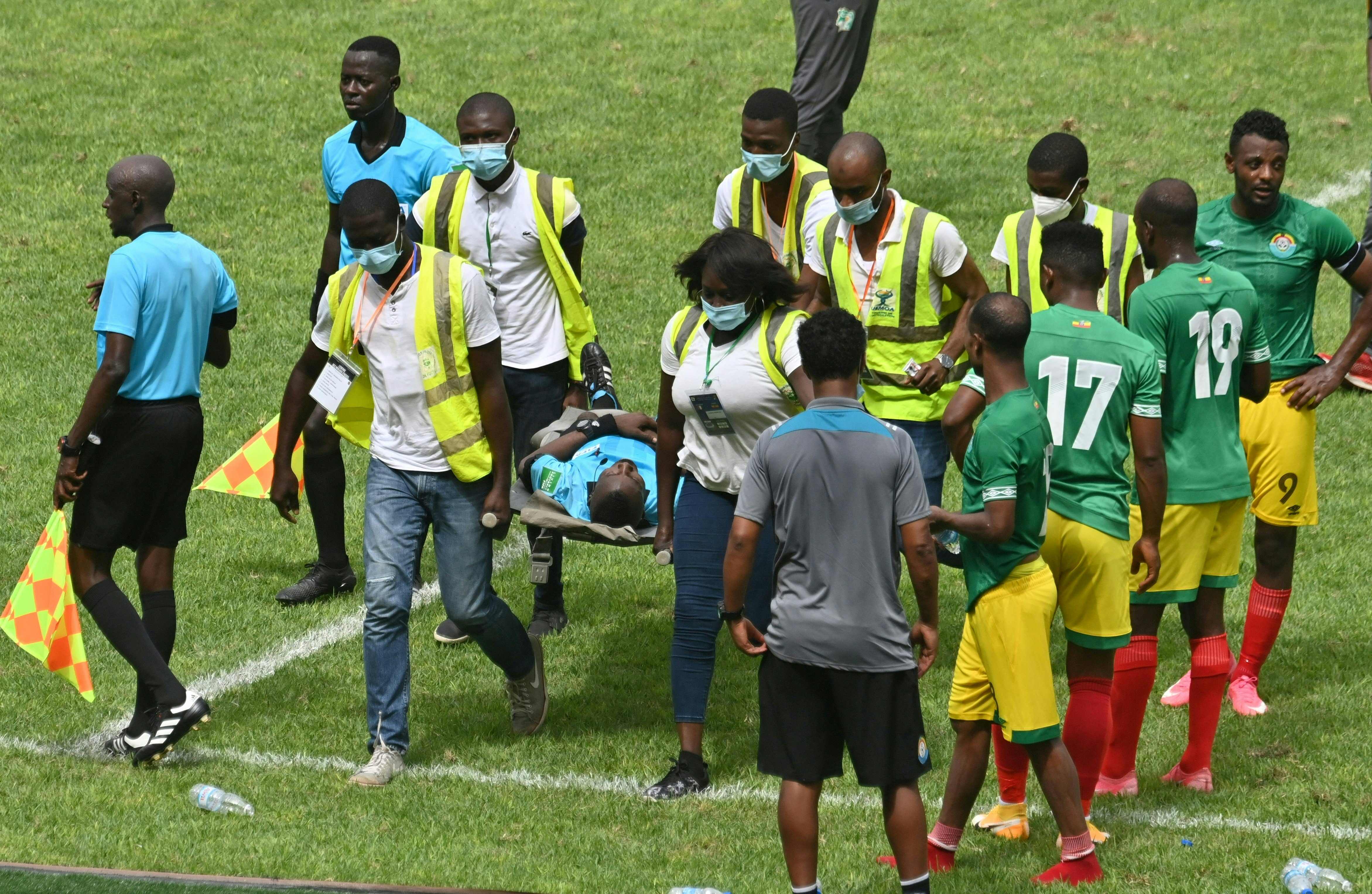 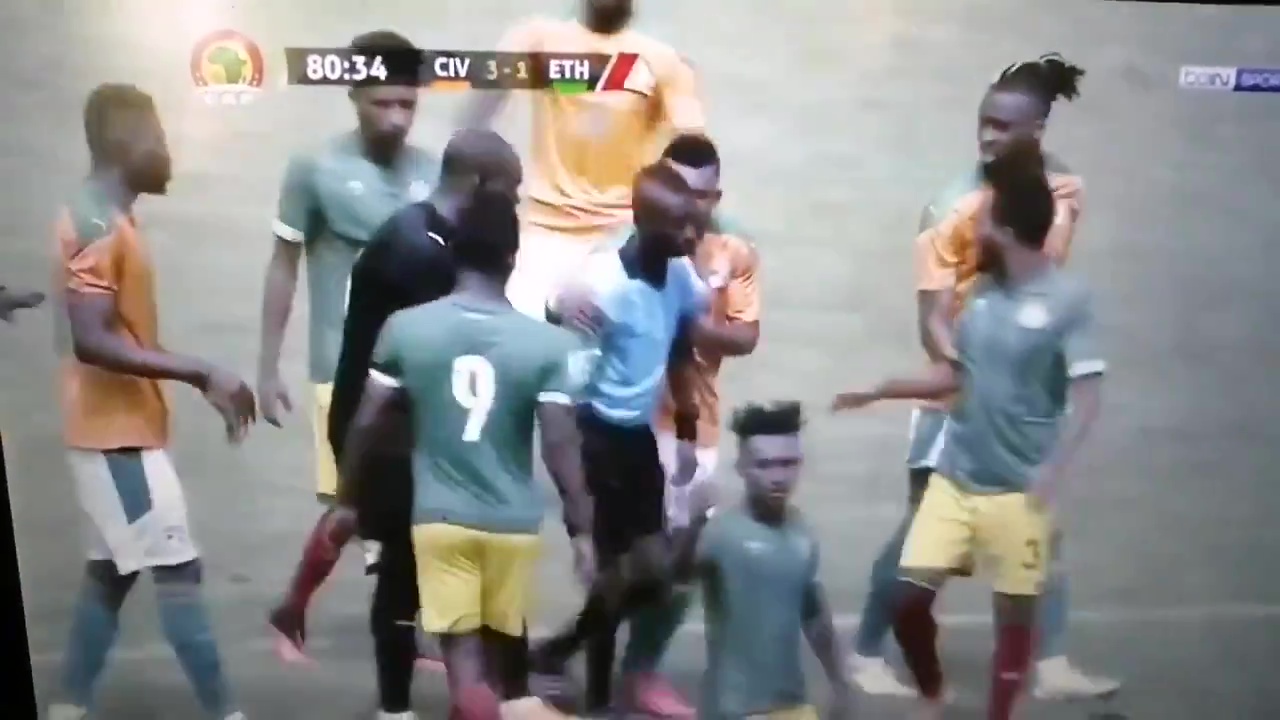 The incident happened just after Ivory Coast went 3-1 up through Jean Kouassi's strike.

A clip posted on social media showed Bulu walking on unsteady legs, with both sets of players ushering him towards the medical staff.

But Bulu failed to make it the sidelines as he collapsed onto the floor, with the 34-year-old understood to have been swiftly taken to a local hospital for tests.

The Ghanaian was only taking charge of the match as the referee who had been scheduled to officiate the match tested positive for coronavirus.

Fourth official Koussi Biro was then expected to ref the final ten minutes, but he was ineligible as he is Ivorian.

A statement from the Ethiopia Football Federation declared that there will be a decision on the outcome of the match shortly.

They said: "The game has been cancelled. The referee has been taken to hospital because he fell sick and fell on the field. CAF decision is expected." 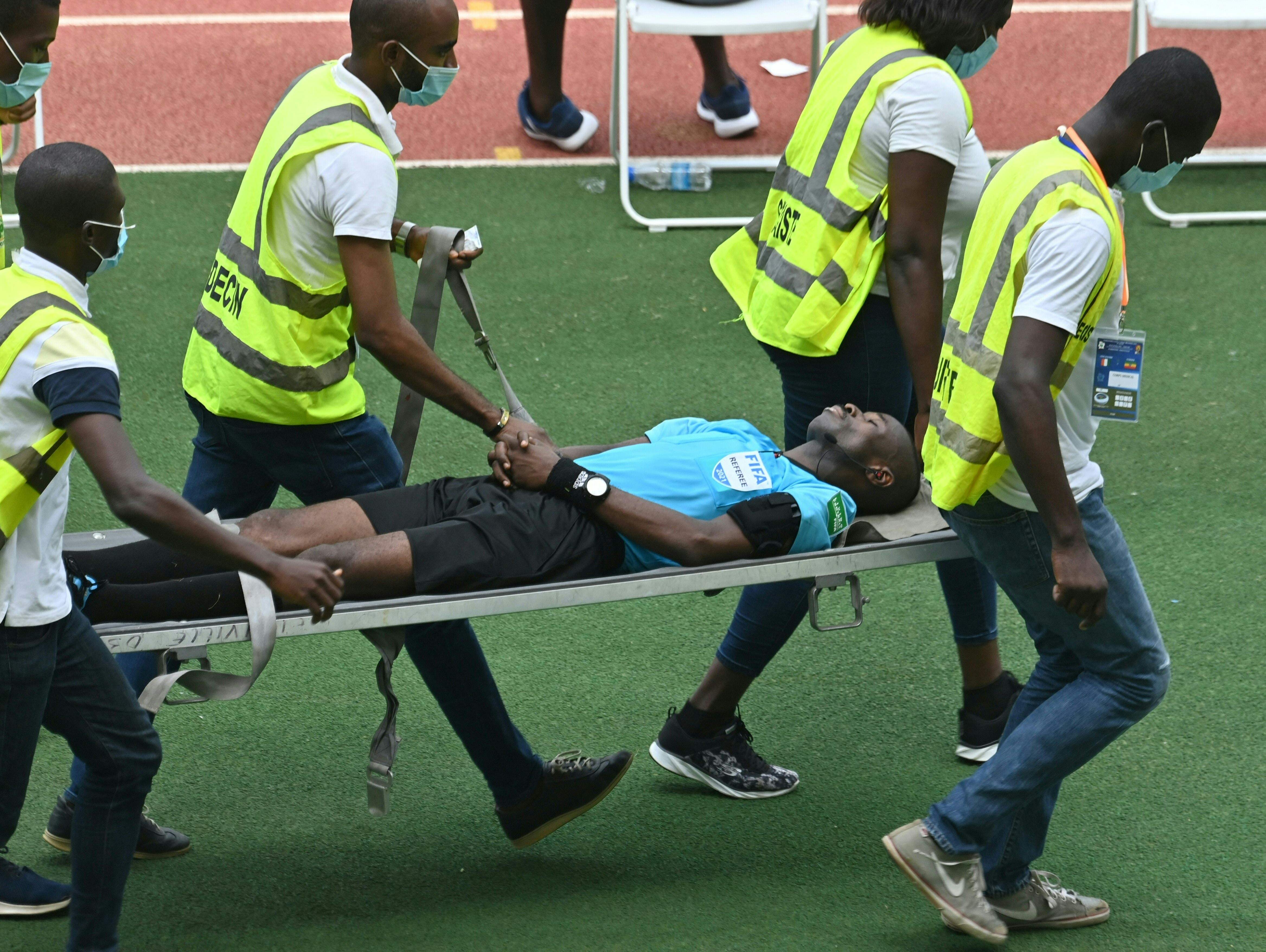 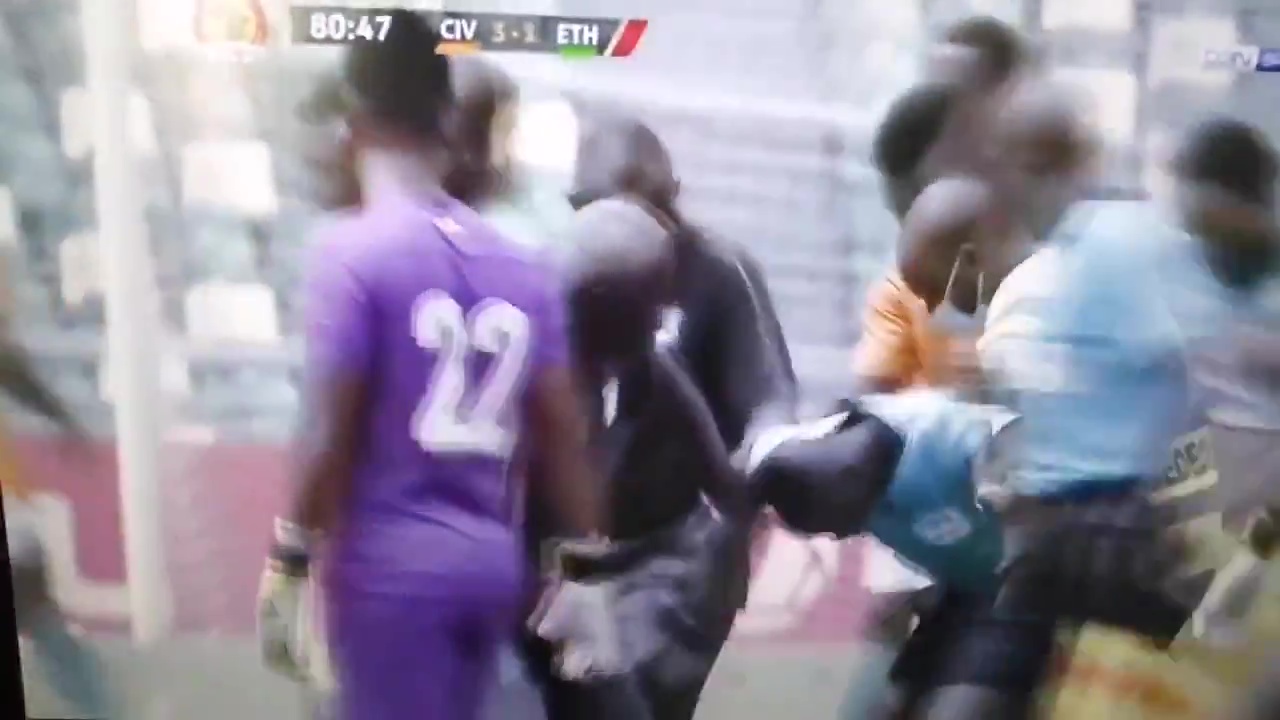 The fixture had no significance as both nations has already qualified for next year's tournament.

Football fans were understandably worried about the health of Buku, as one tweeted: "Speedy recovery to Charles Bulu. I think he needs our prayers guys."

Another messaged: "My heart goes out to Ghanaian referee, Charles Bulu who I understand collapsed in the 80th minute during the Ivory Coast vs Ethiopia tie. Speedy recovery, Charles!"