JOSE MOURINHO has held talks with Henrikh Mkhitaryan since joining Roma to repair his relationship with midfielder, according to reports.

And the pair have reportedly cleared the air after falling out at Manchester United, with Mkhitaryan starting just 26 league games in 18 months under Mourinho. 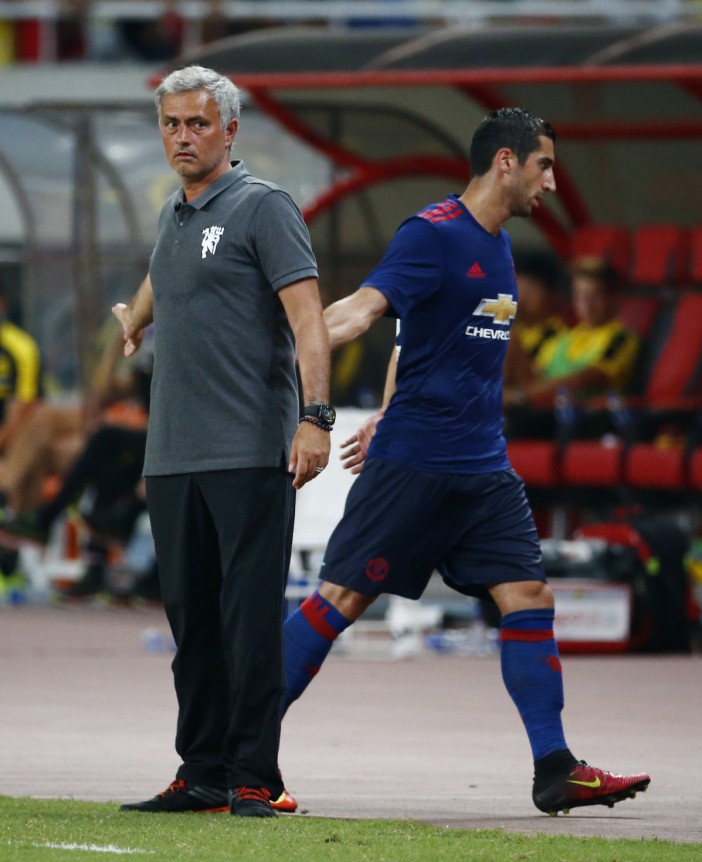 Mkhitaryan, 32, even agreed a new one-year deal with the Serie A club at the beginning of the month.

He is happy to play under the Portuguese, and was convinced to stay after the pair held a meeting, according to Corriere dello Sport.

The report claims the duo have even joked with each other about their time at Old Trafford, and it is now firmly behind them.

Mkhitaryan should be ready for another successful season at Roma, after scoring 13 league goals and producing 11 assists last term.

And as one of the older members of the squad, Mourinho may be looking to the Armenian to lead by example.

The attacking midfielder may feel Mourinho can get the best out of him and the team despite previous hardships.

In 2020 interview he said of Mourinho: "[My relationship] with Mourinho was the most complicated in my career; he is a winner by nature.

"'He wants you to win and you do what he asks you.

"There were differences and conflicts, but they did not have a big impact on the hard work we did and the three trophies we won."

After joining Roma this summer Mourinho will be aiming to claim his first trophy since his Europa League win with United in 2017.