I’VE waited 16 years for this moment — Leeds back at Elland Road in the Premier League.

The fans would just love to see the players come out with the Prem badge on their shoulder. 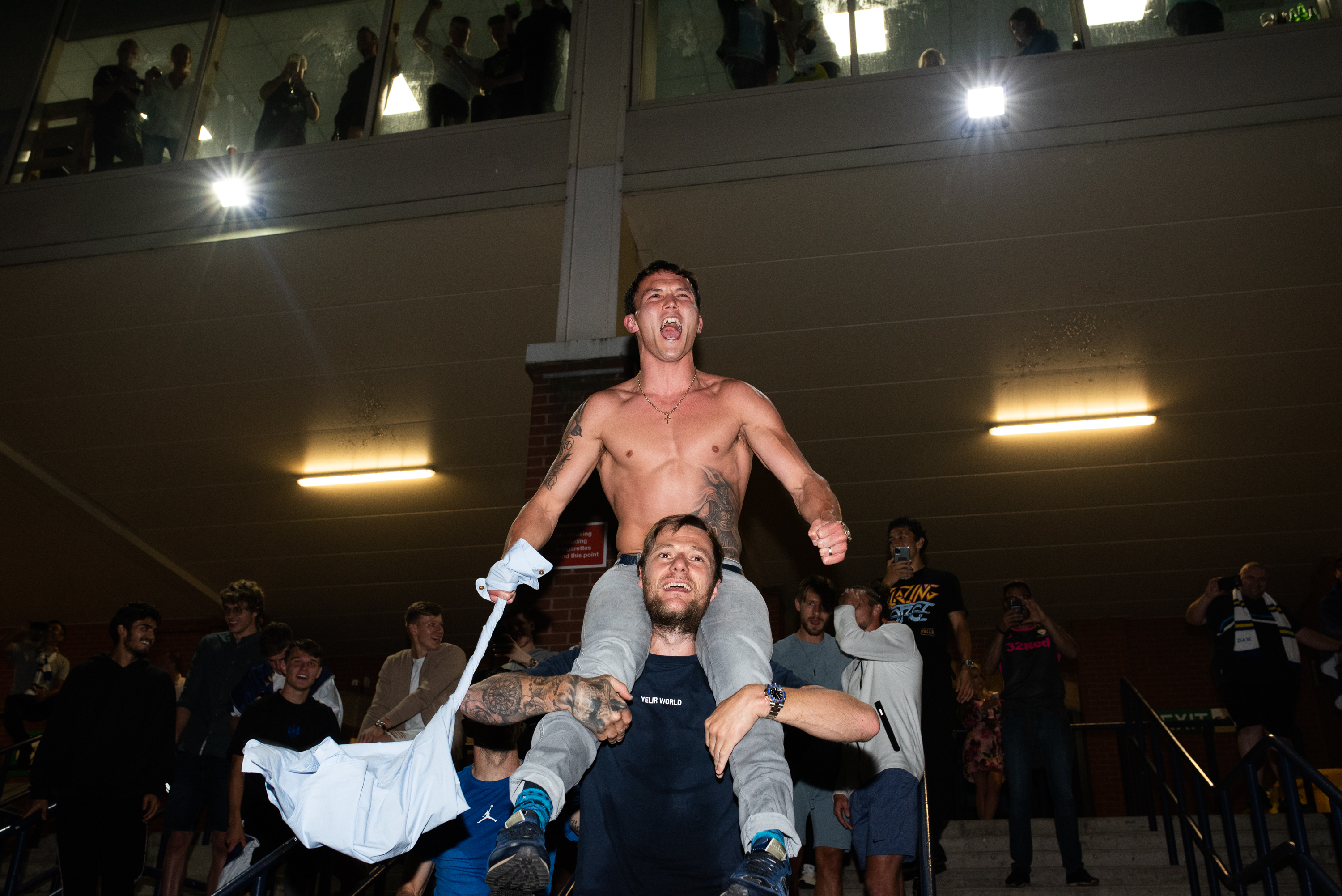 It’s a massive shame we cannot be there but when allowed back I know we will revel in every little bit.

I’ve had relatives saying they didn’t think they’d see Leeds back in the Premier League in their lifetime.

The people have been starved of success for so long, and that’s why the celebrations went on in the city for a few weeks.

Back in July, my wife and I were going out for a bite to eat.

If West Brom didn’t beat Huddersfield then the wait was over, so I listened on the radio.

I needed to soak in what had just happened so said to my wife that we needed to drive past Elland Road. 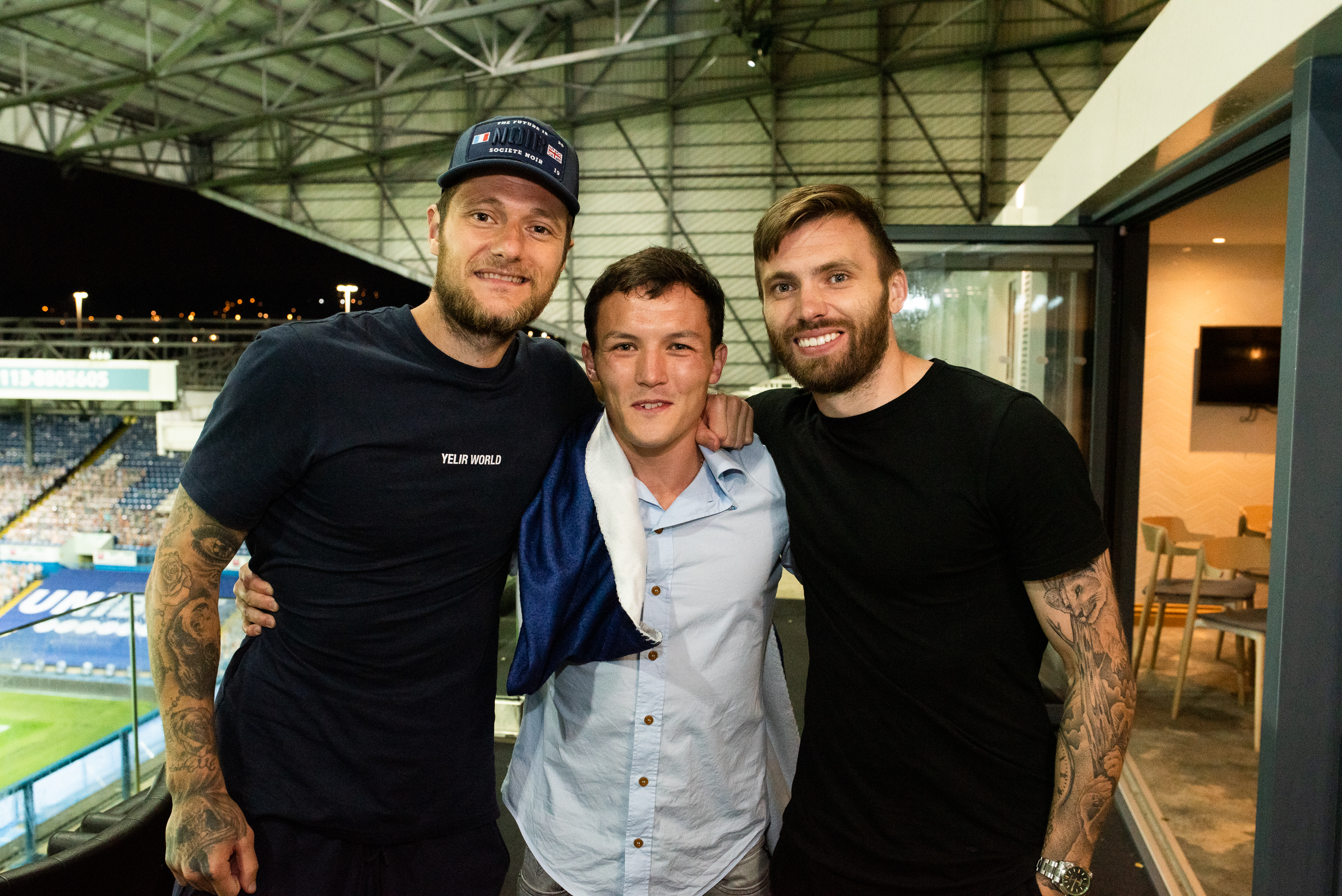 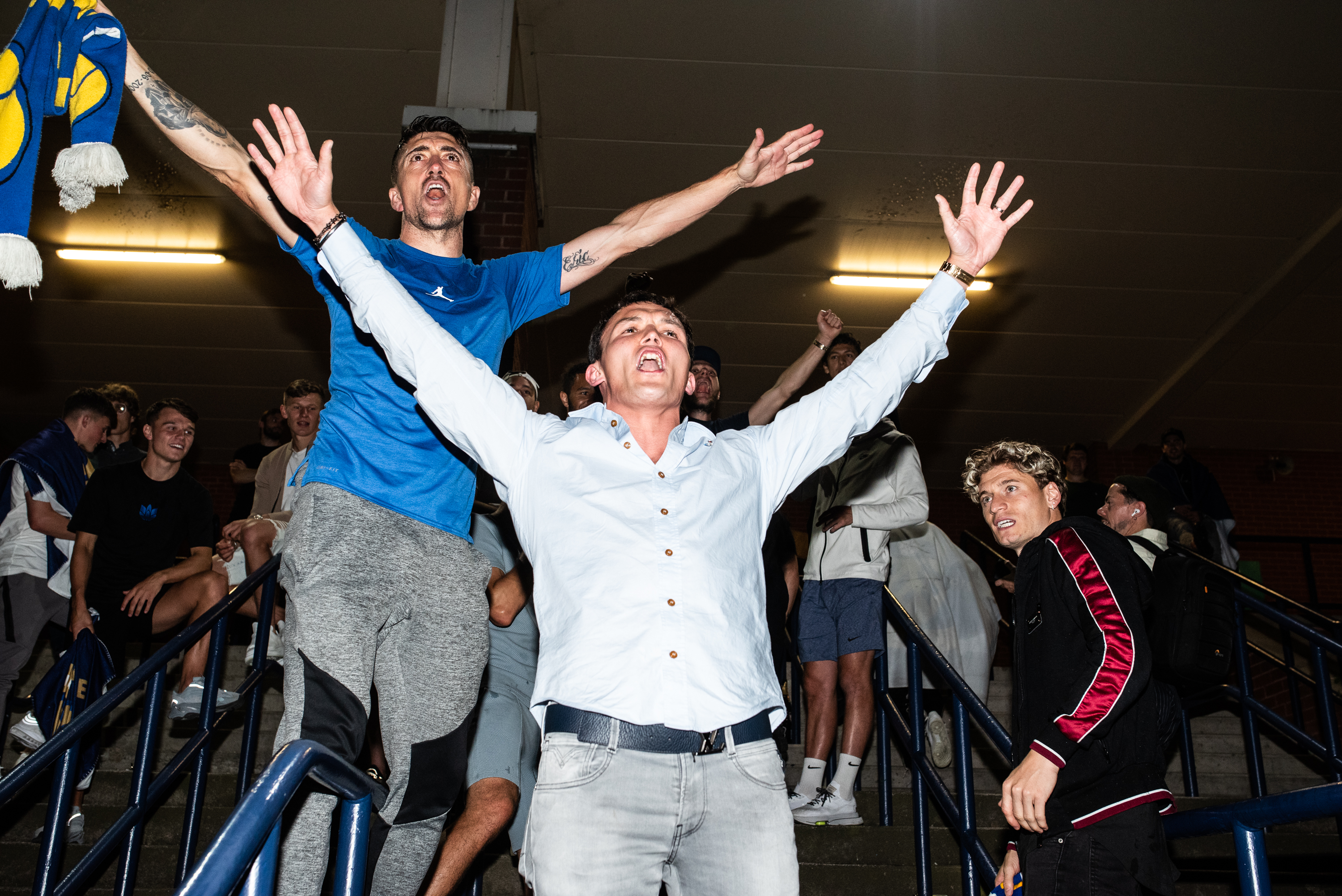 We got there and it was absolutely jam-packed.

One of the directors called and said: “Josh, you need to be part of this as well. If you’re near Elland Road, get yourself in and come and celebrate.”

I told him it’s funny you say that as I’m just around the corner. I pulled into the ground and the next minute I’m on Liam Cooper’s shoulders celebrating with the players.

Nearly two decades earlier, as a ten-year-old, I went to my first-ever match to watch us play Tottenham.

David Batty, Lucas Radebe, and Mark Viduka were my favourites growing up.

And I loved Alan Smith, even though he ended up at Manchester United.

Leeds were flying high, so it was just the done thing to be a Leeds fan.

Kids wore Leeds shirts in the playgrounds, they had Leeds backpacks and pencil cases — you didn’t come to school with a Chelsea or Man United shirt. 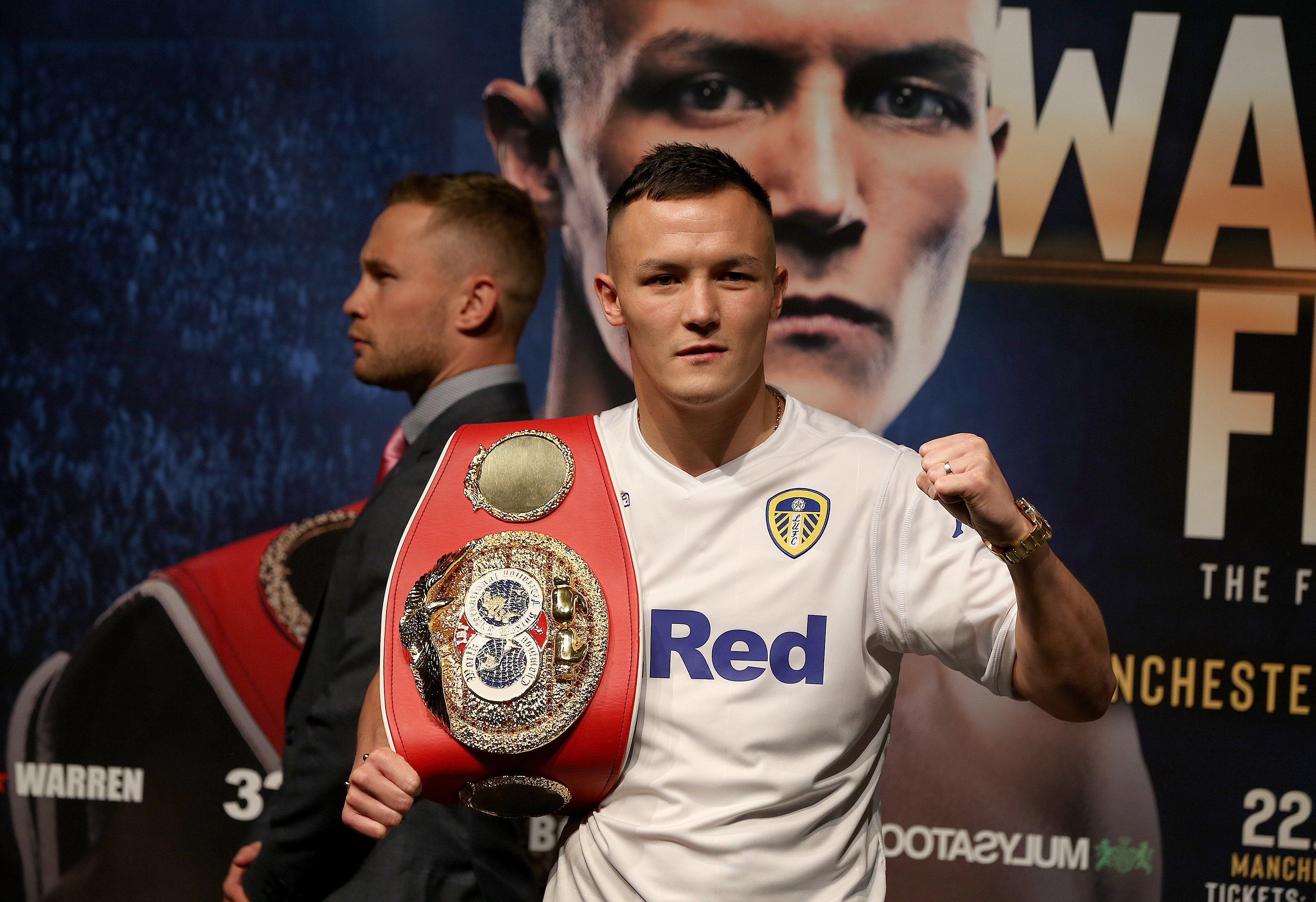 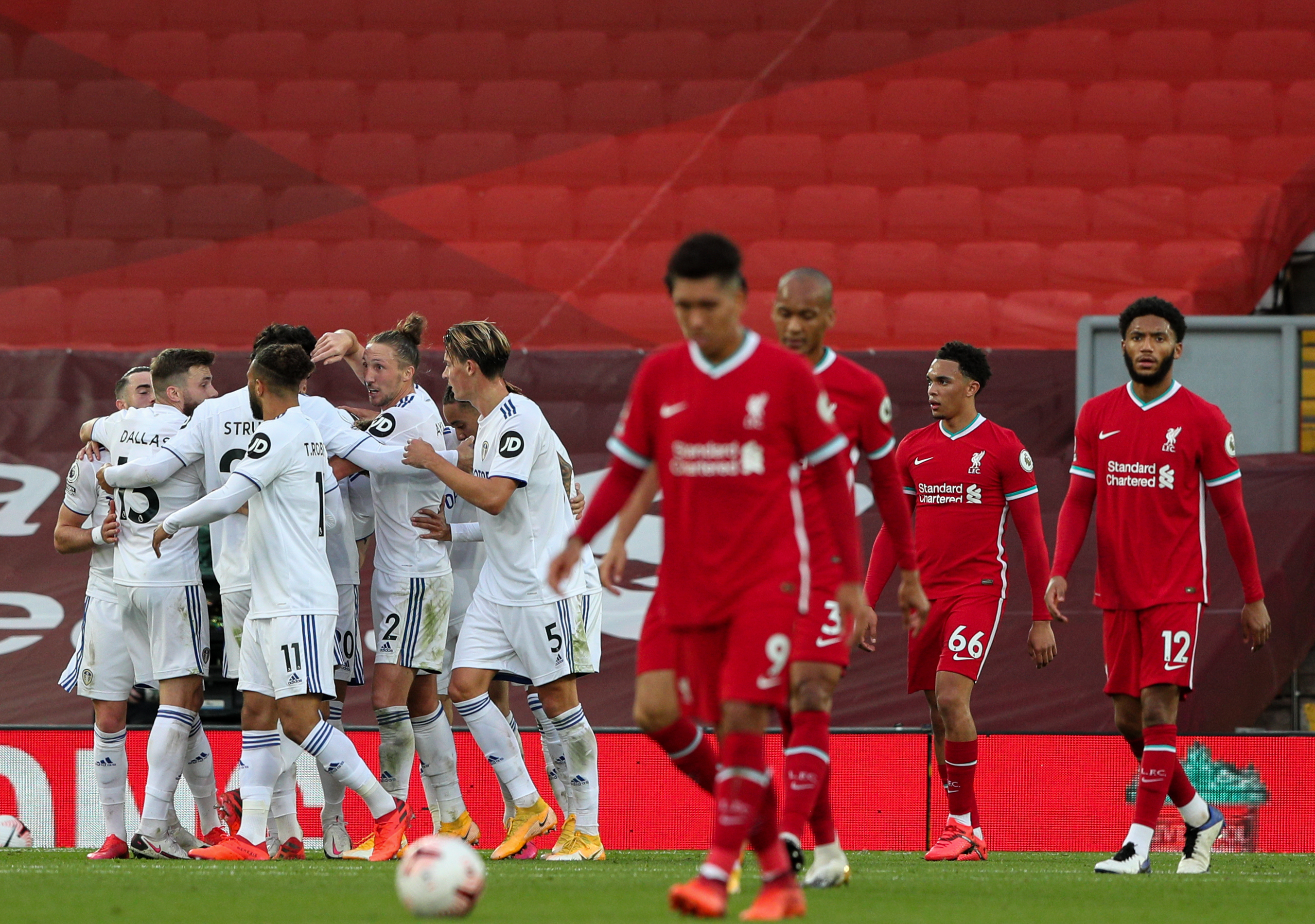 You supported Leeds because you were from Leeds, and that’s that.

I won my first-ever shirt in a raffle and it was three times too big. My second was the Nike Strongbow one and I wore it until the letters fell off.

I think I was spoiled in my first season and I’ve been paying for it ever since!

You think it’s going to be like that every week and then, as you get older and football starts to affect your emotions, things started to go Pete Tong.

I clearly remember relegation in 2004. We were listening on the radio in the garden and I said to dad: “Bloody hell, what happens now?”

He replied: “Don’t worry son, we’ve been here before and we’ll be back before you know it.”

I don’t think even he anticipated it taking 16 years!

While I’ve had a season ticket for a while now, for a lot of years it was a case of whether I could extend the overdraft to afford to go. 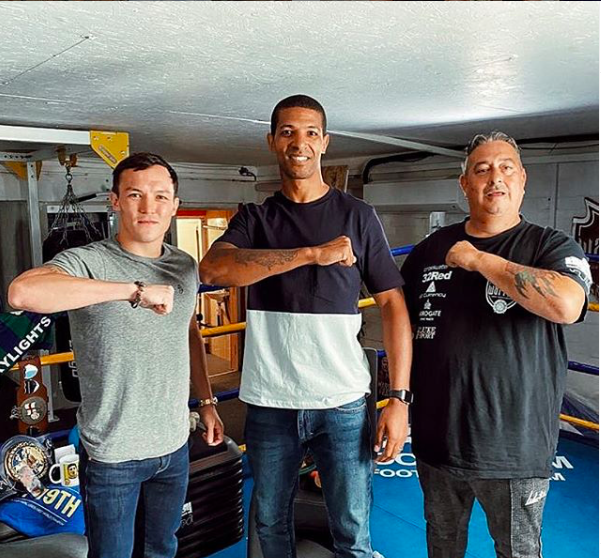 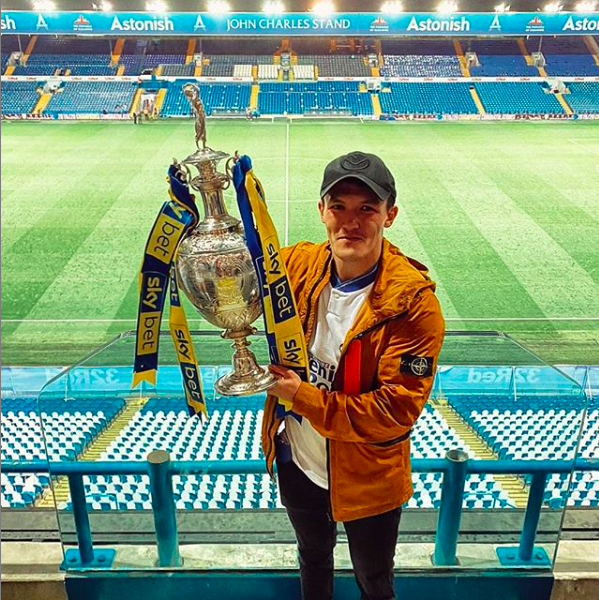 Today I’ll be watching from home, but normally I go with my brothers and am the designated driver.

I’d love to go out for a pint and a pie beforehand, but more often than not I’m in the gym sparring on a Saturday morning.

Unfortunately, while I’d have given anything to be scoring goals at the old Kop End, I’ve got banana feet.

So the next best thing was winning a world title at Elland Road, as I did in 2018 to become Leeds’ first boxing world champion.

The nerves are different but you do get butterflies as a fan.

I’ve met Marcelo Bielsa. He’s not the most sociable character in the world but he has played a massive role as the whole make up of Leeds United has taken a full-on rejuvenation.

We really took it to Liverpool last week, showing them no respect whatsoever.

I said before the season that we will finish in the top half.

And after watching us stick three in at Anfield, there is no reason why we can’t.