MAURIZIO SARRI and Juventus have been hilariously trolled on social media after it was revealed the Italian boss would quit Chelsea for the Serie A champions.

The Blues boss, 60, is set to take over in Turin after the two clubs agreed to a £7million compensation package. 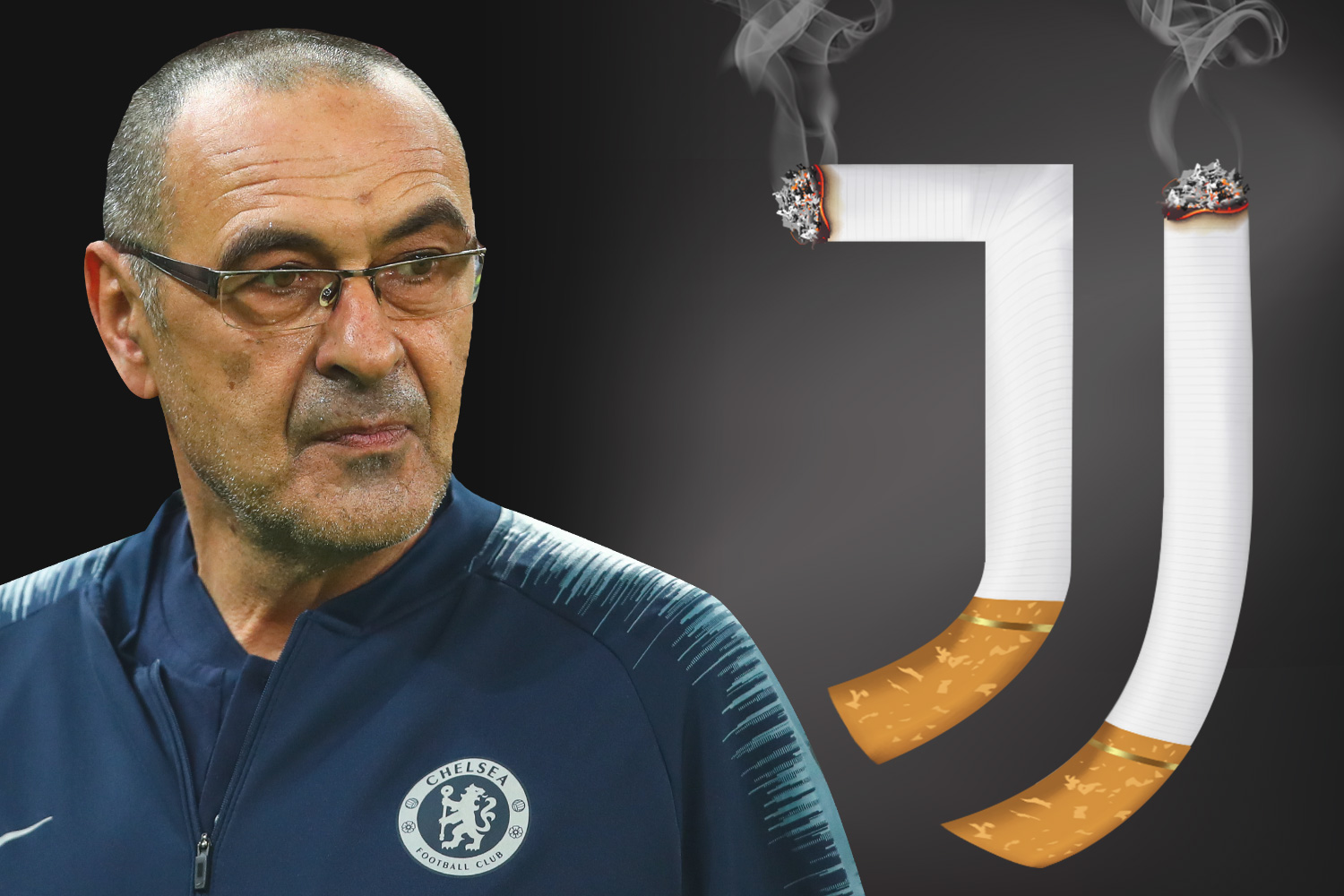 Meanwhile, other Twitter users simply poked fun at Sarri for his nicotine addiction.

One fan wrote: "Sarri isn't just tired of Chelsea's treatment, but because he's tired of not being able smoke his cigarette regularly and in public."

Another echoed that sentiment, saying: "Sarri is obviously leaving coz of one thing… cigarette, freedom to smoke anytime."

Here's how Twitter reacted to the latest Sarri revelation…

Sarri's bizarre one-season stint as head coach came to an end when the Italian champions agreed to buy out the final two years of his deal.

Juve director Fabio Paratici was forced to fly to London to stump up extra dosh after Chelsea dug their heels in and refused to let Sarri go cheaply.

He still has two years left on his £5m-a-year contract and Stamford Bridge transfer chief Marina Granovskaia was holding out for the full amount.

SunSport reported on Thursday how Chelsea were willing to let the tug-of-war rage on all summer unless Juve came up with the necessary sum.

A compromise was agreed during a late night meeting between the pair and Sarri is now on his way back home after just 11 months as a Premier League manager.

That leaves the way clear for Chelsea to step up their pursuit of a successor and Derby are braced for an official approach for their manager Frank Lampard to take over.

Lampard is a Chelsea fan-favourite as well as the club’s all-time record goalscorer – and would be welcomed with open arms.