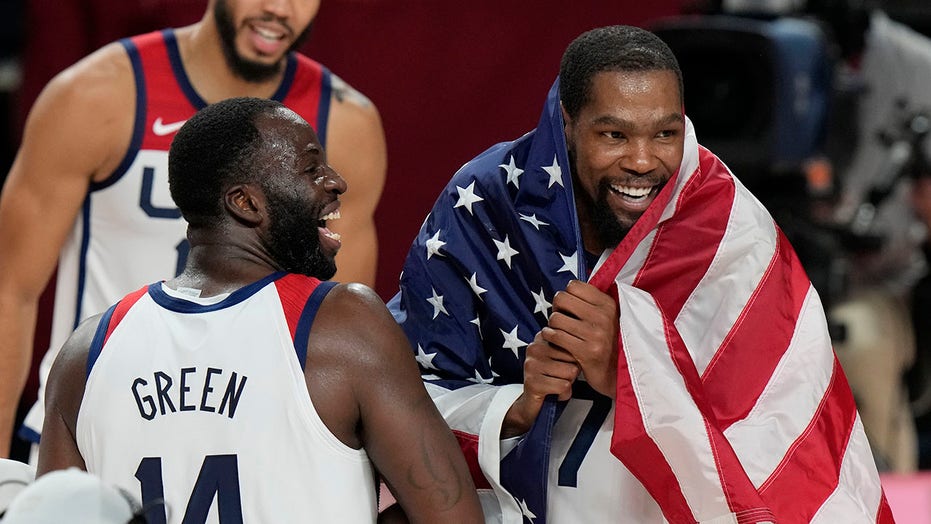 United States men’s basketball players Kevin Durant and Draymond Green were seen celebrating during the team’s bus ride to the airport after the U.S. defeated France and won gold at the Tokyo Olympics this month.

Durant, Devin Booker and Damian Lillard, among others, were seen drinking LeBron James’ Lobos Tequila. Both Green and Anthony Davis are also investors in the liquor company as well.

“Hey Bron, hey Bron, Bron Bron,” Durant shouted out in one video. “We got Lobos in the cup!”

“Just a bunch of gold medalists man,” Green said in the video. “And Lobos in the cup.”

In the video, Green tagged James, as well as business partner Maverick Carter. Boston Celtics superstar Jayson Tatum, who also played a key role for Team USA, was heard in the video saying that both Green and Durant were “drunk.”

“The drink of the Champs  #AllForThePack #TeamUsa,” the tweet read.