Kilkenny have won the O’Duffy Cup for the first time since 2016, after a second-half comeback saw them defeat Galway 1-14 to 1-11.

This group had experienced huge pain in recent years, losing the last three All-Ireland finals. Indeed, the county had won just one of the last 10 finals in which they had appeared. Eventually, enough was enough.

Despite trailing Galway for the bulk of the Croke Park contest, the women in black and amber timed their run to perfection, as a late Denise Gaule penalty saw them over the line for a sweet victory. 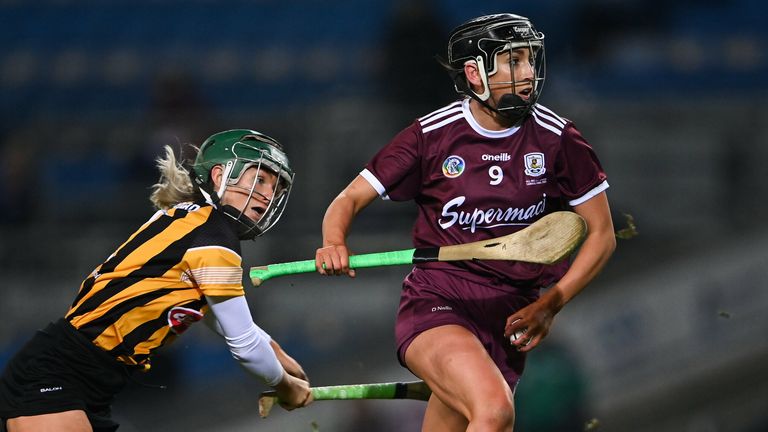 It was a hugely physical contest in the opening exchanges, with both teams putting their bodies on the line. Its attritional nature ensured a low-scoring contest early on, with the teams locked at 0-3 apiece when the first water-break was called.

The Westerners looked to edge ahead in the second quarter, and tagged on two quickfire points.

With Galway leading 0-5 to 0-4, Ailish O’Reilly played Niamh Kilkenny in on goal, but the former was deemed to have thrown the ball. Seconds later, Anne Dalton levelled it for the Nore-siders.

However, Galway’s pressure eventually told. Orlaith McGrath found herself in on goal. The Sarsfields forward finished with class, rounding the keeper to tap into the empty net. 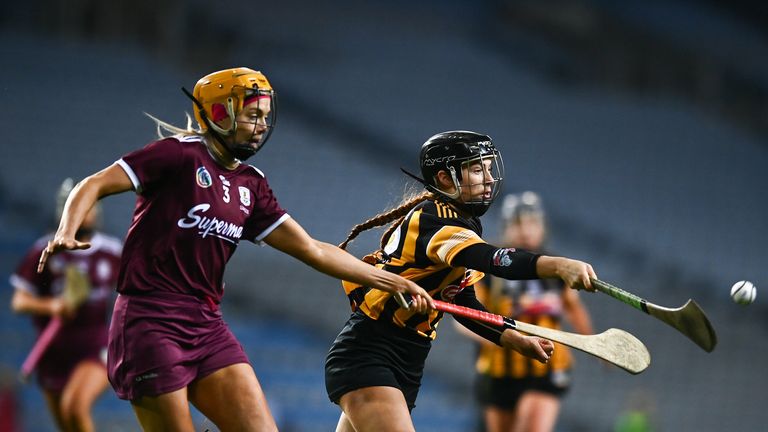 The tempo lifted immediately once the ball was thrown in for the second half. The Cats moved up a gear, and stormed back into the lead with Denise Gaule leading the charge.

Brian Dowling’s charges led at the second water-break, 0-12 to 1-8. But the gap could have been greater had Mary O’Connell managed to convert a golden opportunity. The Clara forward slipped in behind the Galway rearguard, but failed to control the ball when it was played into her.

Nonetheless, they continued to pour forward. And Grace Walsh’s score from a tight angle put two between the teams, with 10 minutes left on the clock.

And when Carrie Dolan missed a scoreable free in the 53rd minute, there was a growing sense that it would be Kilkenny’s day.

However, Niamh Kilkenny and Dolan quickly levelled it, with just minutes left.

Nonetheless, there was to be a final twist late on. Gaule made a storming run into the Galway square, and was deemed to have been fouled. The Windgap forward stepped up herself for the penalty, and buried the sliotar into the bottom corner.

It proved a bridge too far for the Tribeswomen, as Kilkenny held out for a famous triumph.