A KNIFE was thrown on the pitch after crazed Sao Paulo fans invaded the field and confronted opposition players before being stopped by their own team's heroic stars on Saturday night.

Wild supporters ran onto the grass during their Under-20s side's 1-0 defeat to Palmeiras at the Arena Barueri in Sao Paulo and the ref was seen holding the lethal weapon aloft just seconds later. 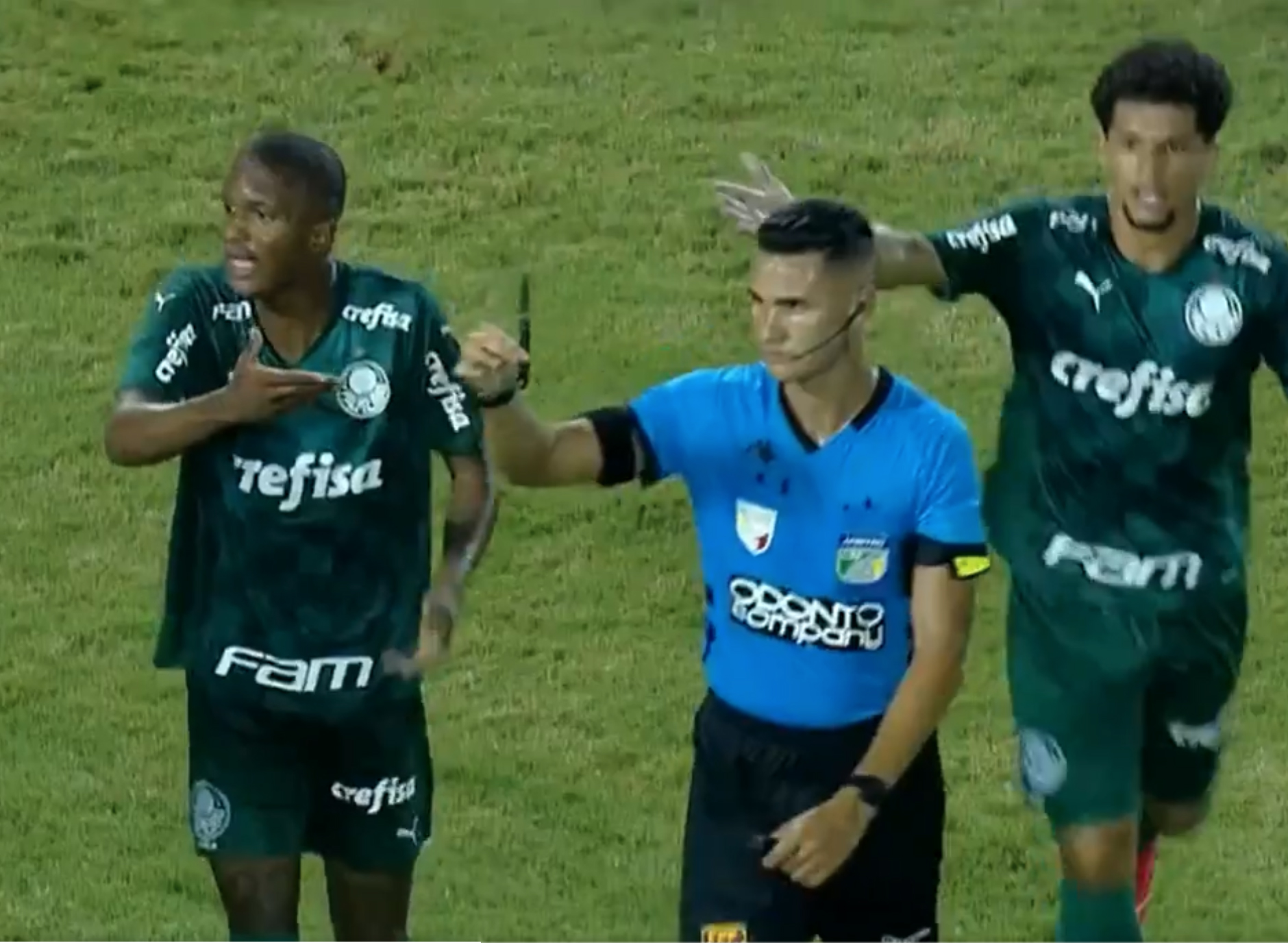 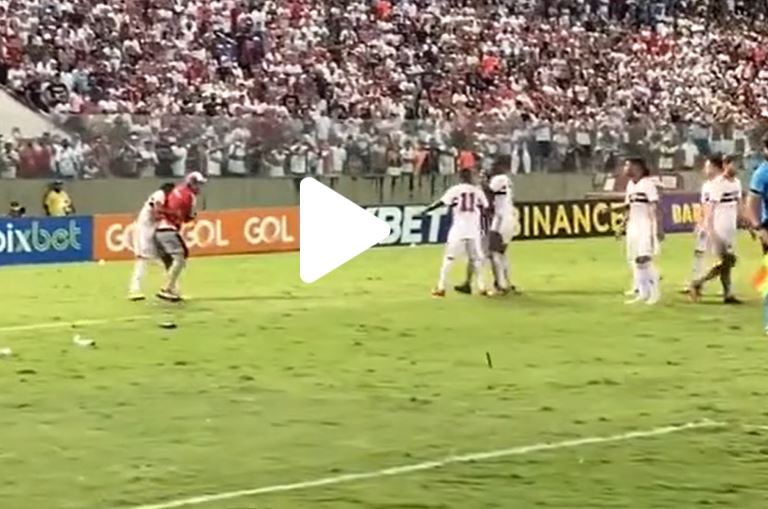 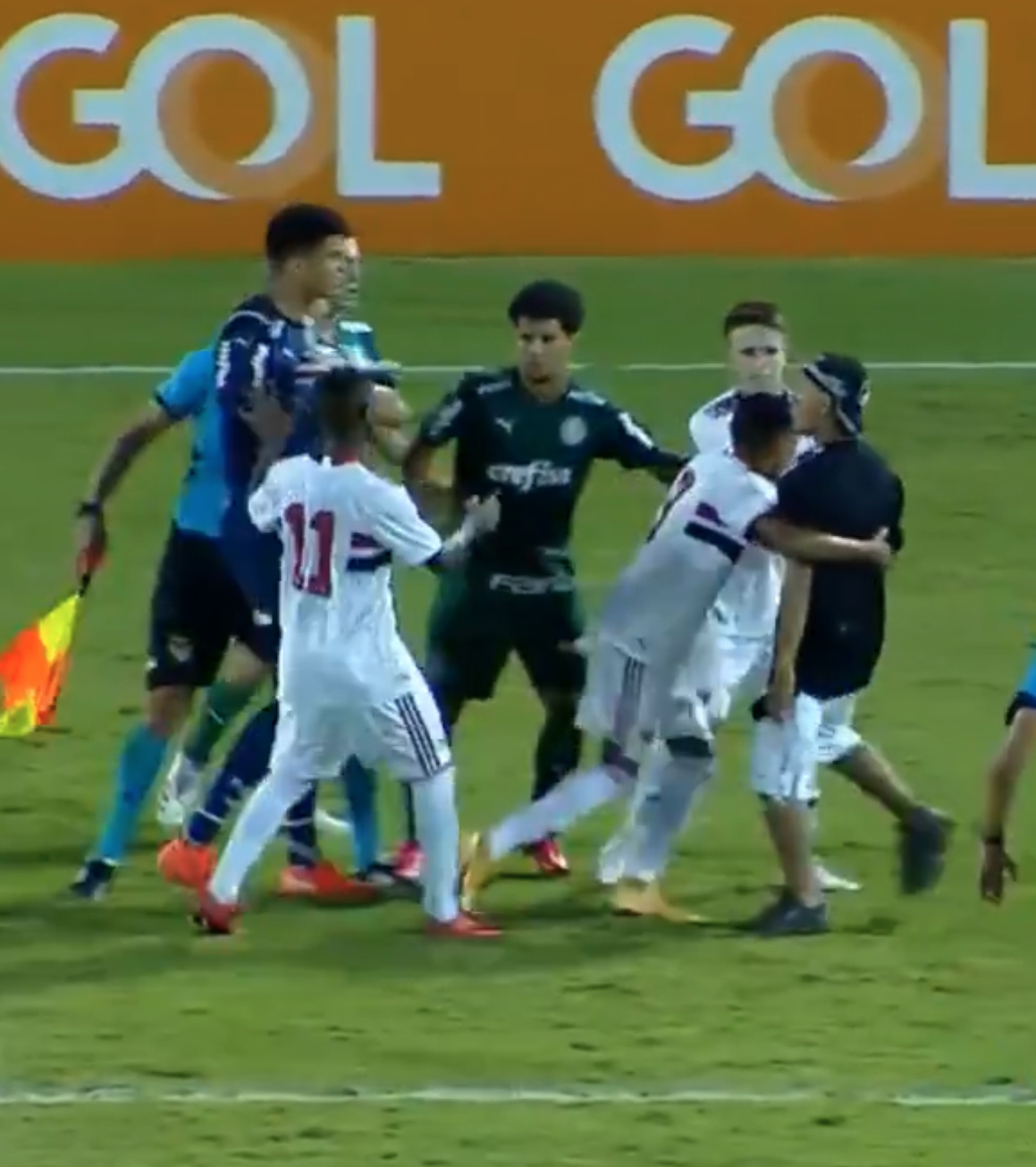 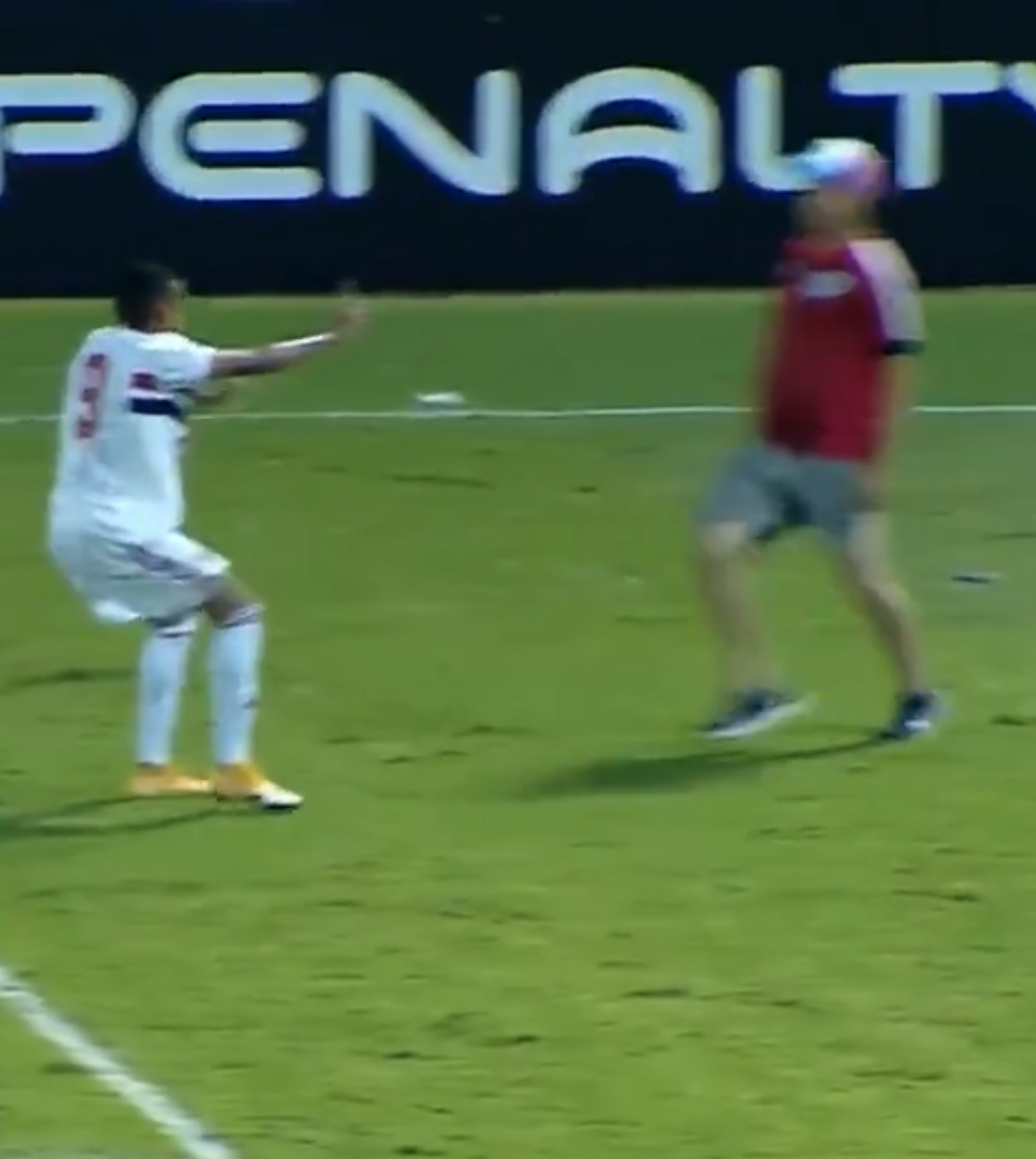 The game was deep into second-half stoppage time when trouble started to spill onto the field.

Palmeiras were leading the São Paulo Junior Football Cup semi-final as a man jumped the barriers in the stands and made his way towards the players.

There was a confrontation with some of the Palmeiras team before several Sao Paulo stars intervened.

And then another Sao Paulo supporter came from the corner of the stadium before the No 9 from his own team was seen furiously gesturing at him to stop.

The man did no such thing and continued to advance as the player from his own side grabbed him around the waist and tried to drag him away.

And in very disturbing scenes, just seconds later the referee could be seen walking off the pitch holding a black dagger-looking knife aloft. 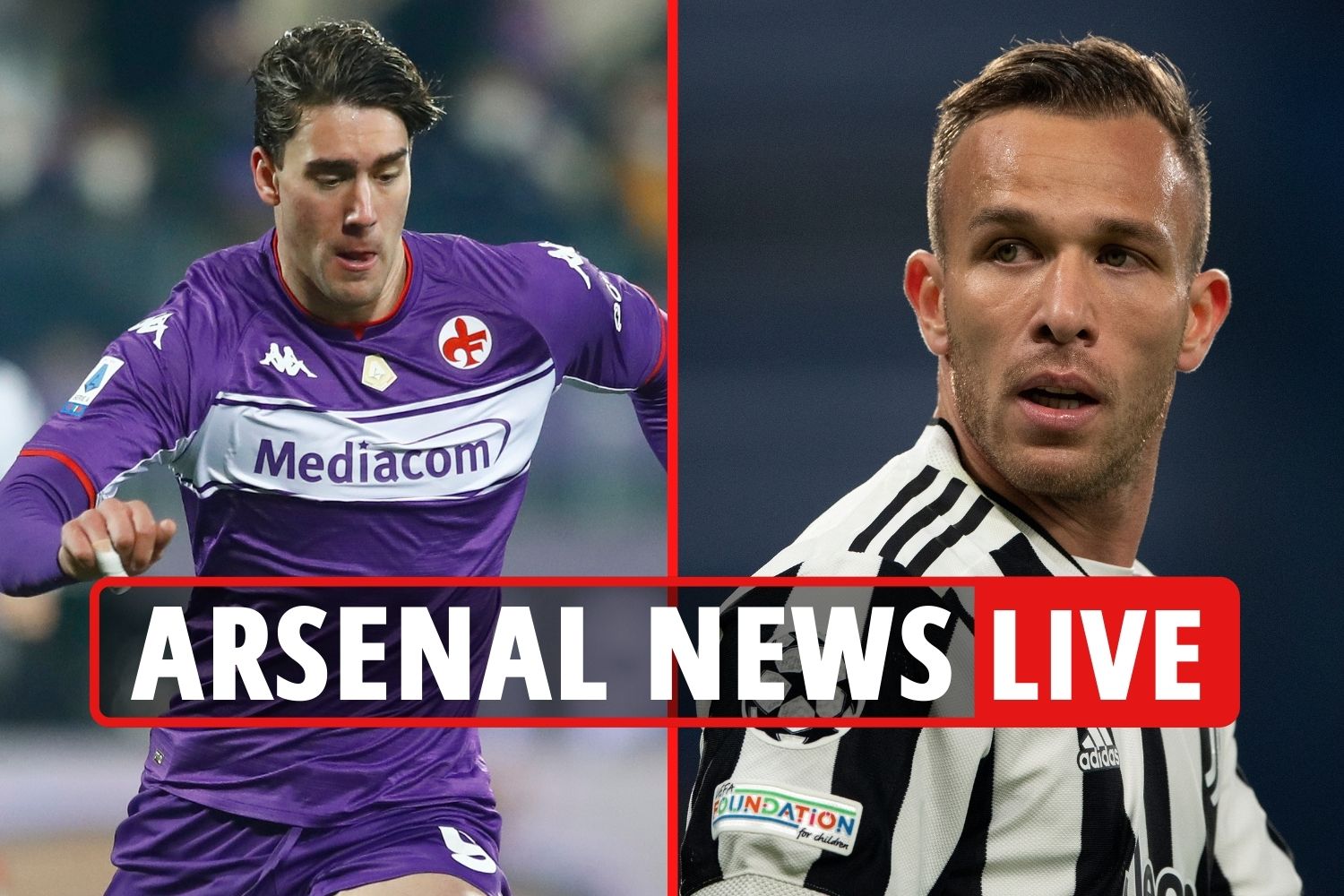 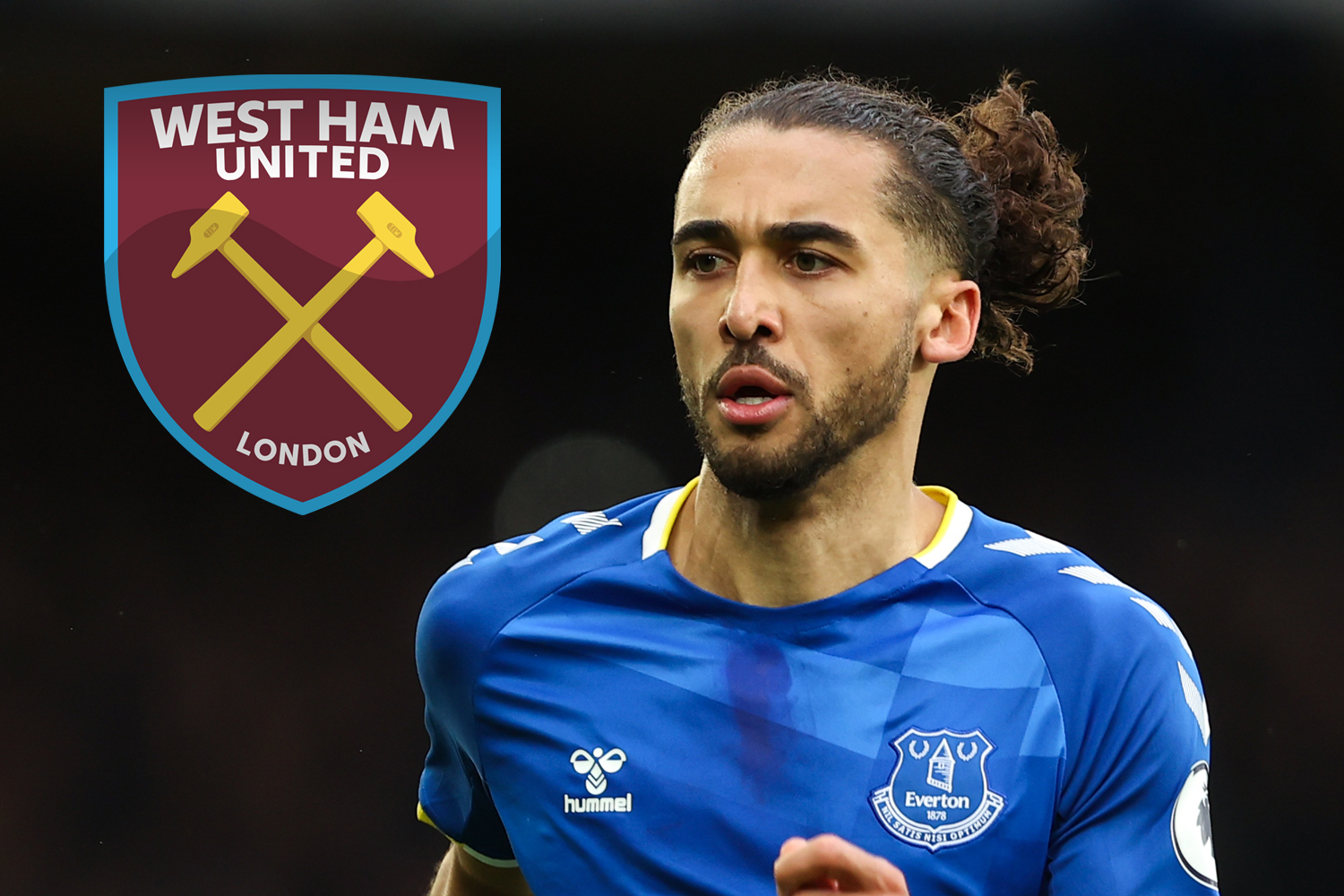 Video footage from the scene appears to show the knife being THROWN from the stands and landing dangerously close to the players in the penalty area.

Four fans invaded the pitch in total and several other missiles – including a stadium seat – were thrown from the terraces.

One fan has been detained by police.

Palmeiras defender Lucas Freitas was confronted by one of the fans spoke to authorities after the match.

Left-back Ian, who found the knife embedded into the grass, did too before returning to the Palmeiras team hotel.

DRADE (Police Station for Repression of the Crimes of Sports Intolerance) officer Cesar Saad said he believed the weapon was thrown onto the playing surface from fans behind the goal.

He said: "In stoppage time, two fans invaded the pitch, one of them went up and physically attacked a Palmeiras athlete, and the second fan who practiced the invasion was contained by the São Paulo players themselves.

"At the same moment, some objects were thrown into the field.

"We tried to identify images from the press and fans, the stadium cameras and after a lot of analysis, listening to referees and athletes, we realised that along with the other objects, the knife was thrown on the lawn.

"Initially we thought that one of the fans would have invaded to try to attack a Palmeiras player with this knife.

"The referees themselves called me in the referees' locker room and showed an image that is circulating in WhatsApp groups and the press where it shows the knife along with other objects being thrown.

"It is obvious that it is up to the Civil Police to find out how this knife ended up inside the stadium, who did the search, how it was done, which gate the fan entered.

"Everything will be investigated by the police.

"It looks like the knife is inside a lunch box and when it is thrown, it opens and the knife jumps out.

"This was shown to the Palmeiras athletes, to the Palmeiras football director who saw the images at the police station and everyone could see that the fans who invaded the pitch, who are being punished by the Civil Police, were not in possession of this knife."