Laura and Jason Kenny have taken their combined tally of Olympic gold medals to 12 during Tokyo 2020, cementing their positions as Great Britain’s most successful competitors at the Games.

Madison success with Katie Archibald was Laura’s fifth Olympic title and preceded Jason’s final-day triumph in the keirin to take his personal golden haul to seven.

With another three silvers between them, they top the ranks of their country’s female and male medallists respectively.

Here, the PA news agency looks at the pair’s achievements on the biggest stage. 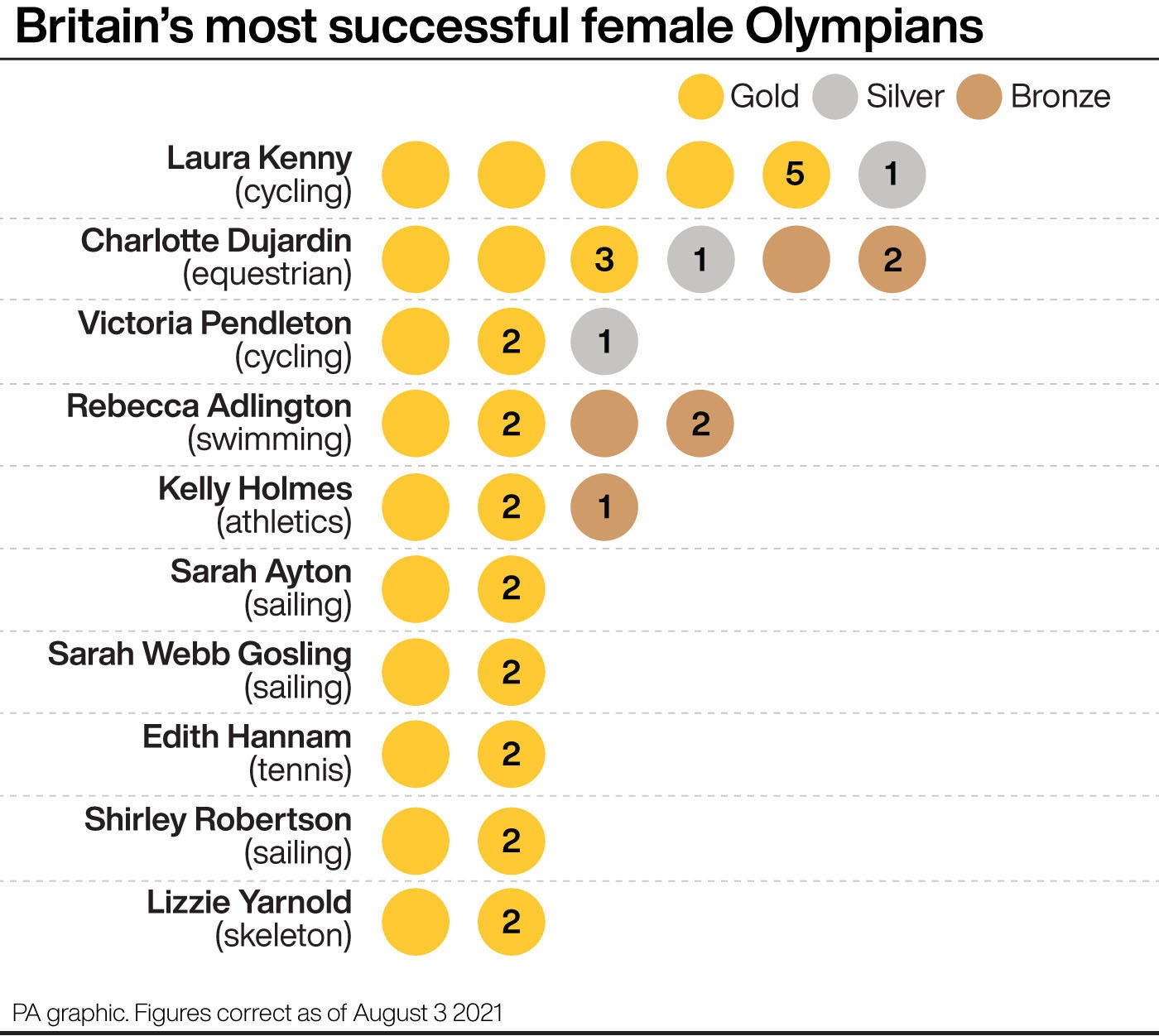 Having been forced to settle for silver in the women’s team pursuit – the first time she had entered an Olympic event and not won gold – Laura Kenny added to her lead among British women with her fifth gold.

That also made her the first British woman to win gold at three separate Games, after Jade Jones, Charlotte Dujardin and Helen Glover all missed the chance to do so. Kenny and Dujardin are now the only British women to win multiple medals at three straight Games.

Kenny had won the team pursuit and omnium double at both London 2012 and Rio 2016, but she missed an opportunity to move clear of Dujardin in the overall medal count when she finished sixth in the omnium this time around.

Both women have won their fifth and sixth Olympic medals at Tokyo 2020, Dujardin with bronze in both the individual and team dressage to go with three golds and a silver from the last two Games. 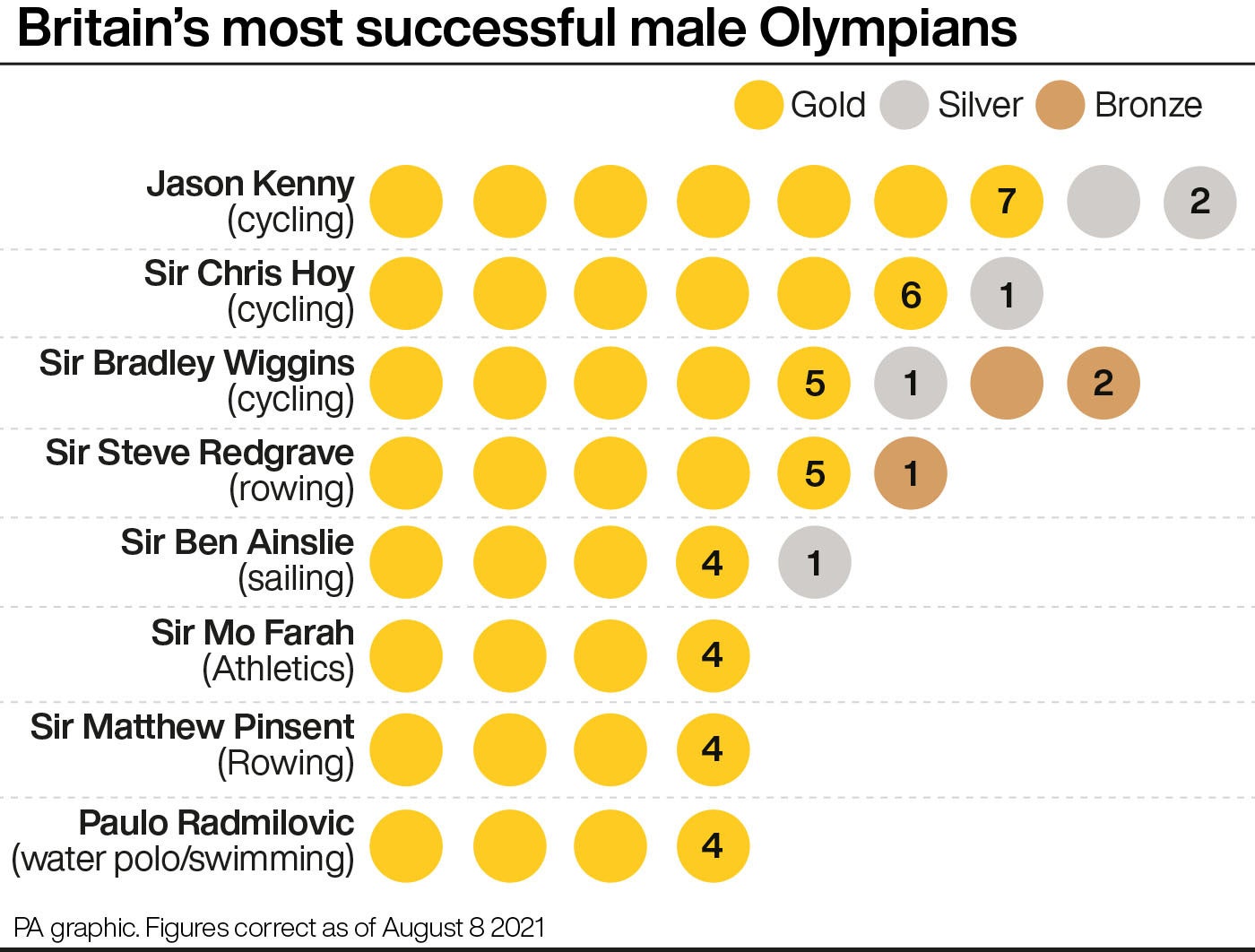 His team sprint silver in Japan broke the tie and took him alongside another fellow cyclist, Sir Bradley Wiggins with eight total medals. Wiggins boasts five gold medals, a silver and two bronze.

Hoy and Kenny rode together in the team sprint to win gold in 2008 and 2012. Kenny also won the individual sprint in London, upgrading his silver behind Hoy four years previously, and went one better at Rio 2016 by adding the keirin for a golden treble.

Jason finished only eighth in the individual sprint this time around but recovered from concerns about his form to claim gold in the keirin on Sunday and move clear of Wiggins as Britain’s most decorated Olympian with nine medals.