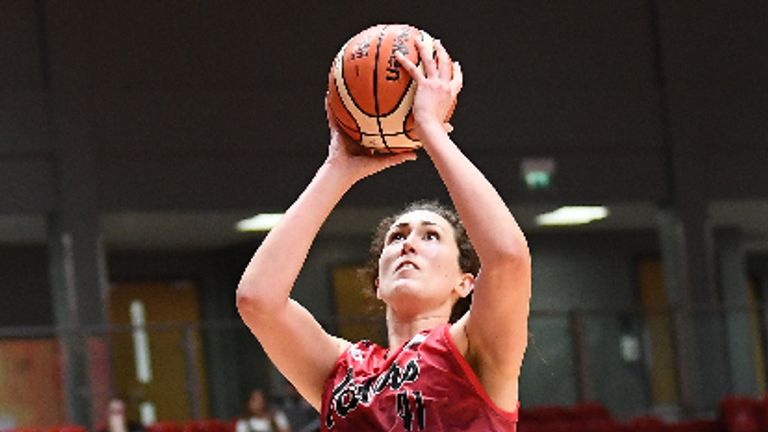 Leicester Riders claimed the WBBL Cup for the first time in their history, beating Sevenoaks Suns 78-67 in Manchester on Friday evening.

These two teams have shared 11 of the last 14 pieces of silverware handed out in the WBBL, and both came into the game unbeaten all season so far – something had to give.

It was Riders – the league’s best defence – who set the tone early as they held their opponents scoreless for the first three minutes and raced into an 11-0 lead as captain Kate Oliver and Holly Winterburn teamed up in trademark fashion.

Behind their irrepressible defence, the lead peaked at 21-4 on another Oliver triple but Riders had to sustain a fightback from the Suns.

Janice Monakana, who went on to break the Cup final points record with 24, came from the bench to draw a charge and then hit a trio of three-pointers consecutively in a 13-1 surge that finished the half trailing by four.

League-leaders Leicester showed their championship credentials by responding immediately out of the half-time break, scoring the first six points of the third to make it a double-digit lead once more on a Winterburn score.

The game was ultimately decided when they finished the period with an 8-2 burst, Oliver scoring four and Sara Hinriksdottir connecting on the buzzer to make the score 60-46. 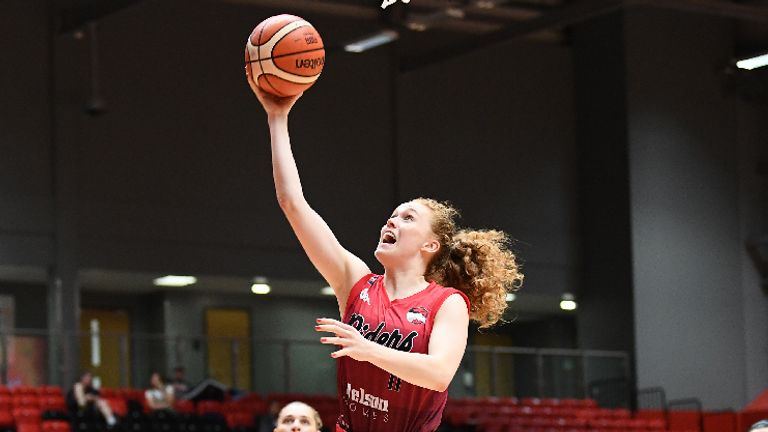 Hannah Robb scored seven of her 17 points at key times in the fourth quarter to keep Riders in front, securing their 10th straight win and dethroning the reigning WBBL Cup champions.

Both Oliver and Winterburn had their eyes on triple-doubles, with the former scoring 18 points and dragging in a Cup final record 14 defensive rebounds, adding five assists; while the latter had 15 points, eight rebounds and eight assists.

“Beating Sevenoaks is always great for us as they provide such tough competition, but you add a first ever WBBL Cup on to that and it’s special. This is really fun for us to even have been here playing.

“We knew when we had an early lead that they would make their runs and we just needed to stay calm and find a solution for it. We struggled a bit when they went with five guards, as that put us out of our normal defensive principles, but that gave us the advantage offensively.

“It’s not the kind of game we usually play, with these high numbers, but it just meant we had to do more offensively.”

“This one means so much, it’s been such a long few months to get to this point. To be able to play out there for a piece of silverware felt incredible.

“It’s easy to get caught up in how difficult it is, but we’ve been putting an emphasis on how lucky we are to be able to do what we love to do. Today has made all those difficulties worth it.

“We had so many contributors tonight, everyone stepped on the floor and really made a difference, we really wanted to leave it all out there, and it was a full team effort.”

Oliver was key to the Riders fast start that set the tone, scoring both inside and from beyond the three-point line before assisting Holly Winterburn in little over three minutes.

She hit another five points as the lead peaked at 21-4, and she added six points, three rebounds and two assists in the third period to stave off a Sevenoaks Suns’ comeback as Riders closed out the game to seal the silverware.