LEWIS HAMILTON's proving a dedicated follower of fashion and hopes his 'daring' outfits in the paddock help open up people's minds.

The Brit, 36, is no stranger to wearing bold clothes when he arrives at Grands Prix and is free from wearing team-branded gear. 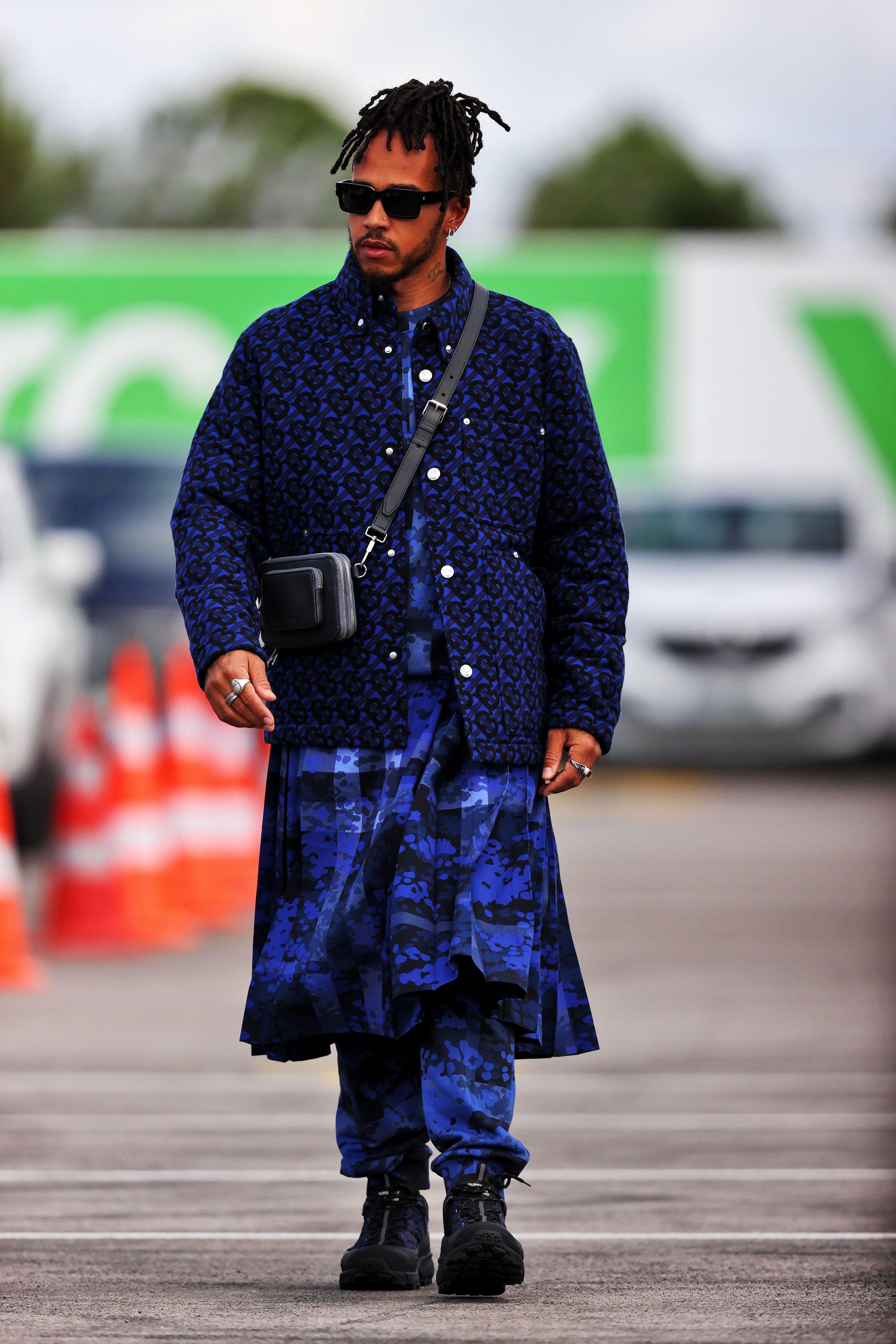 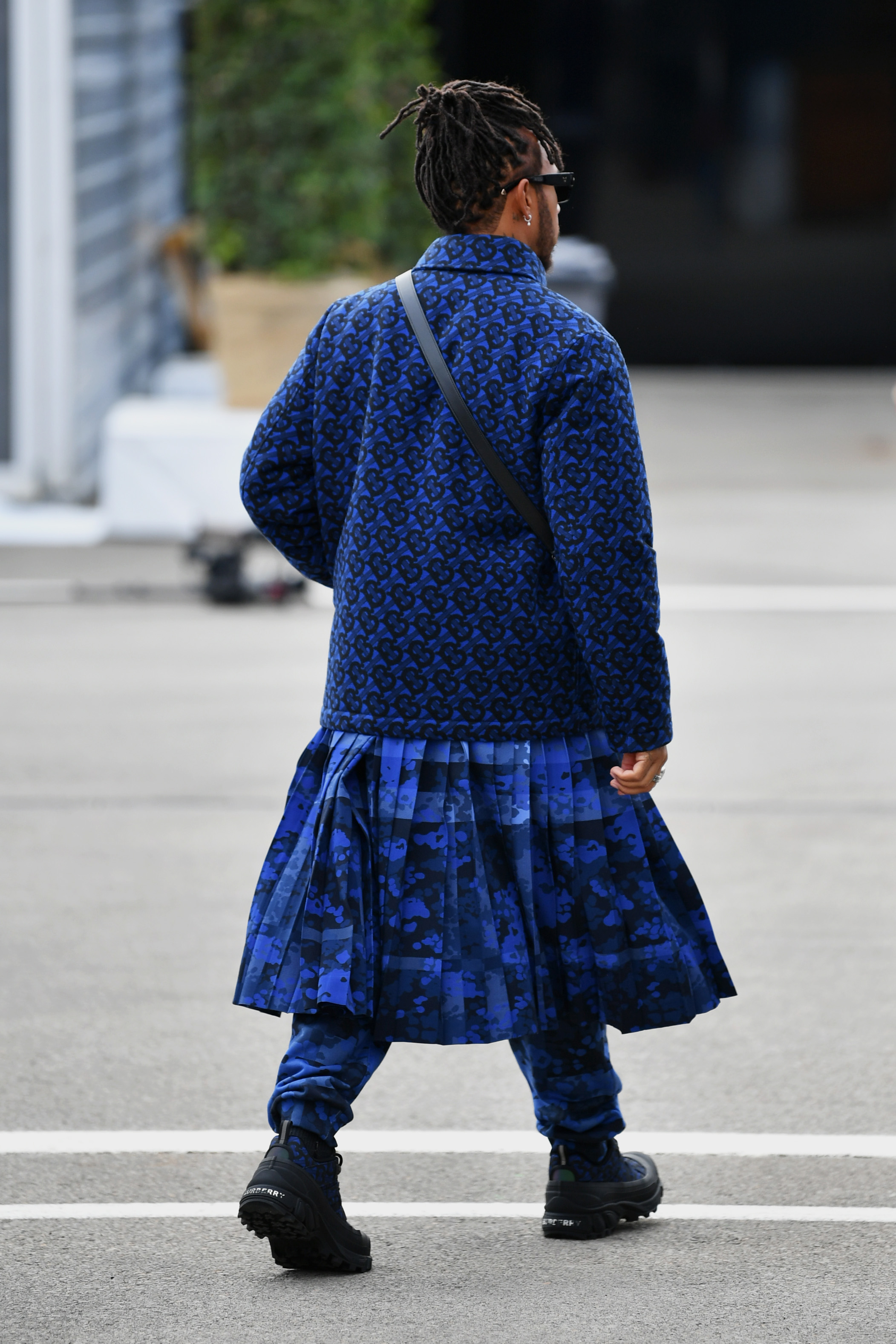 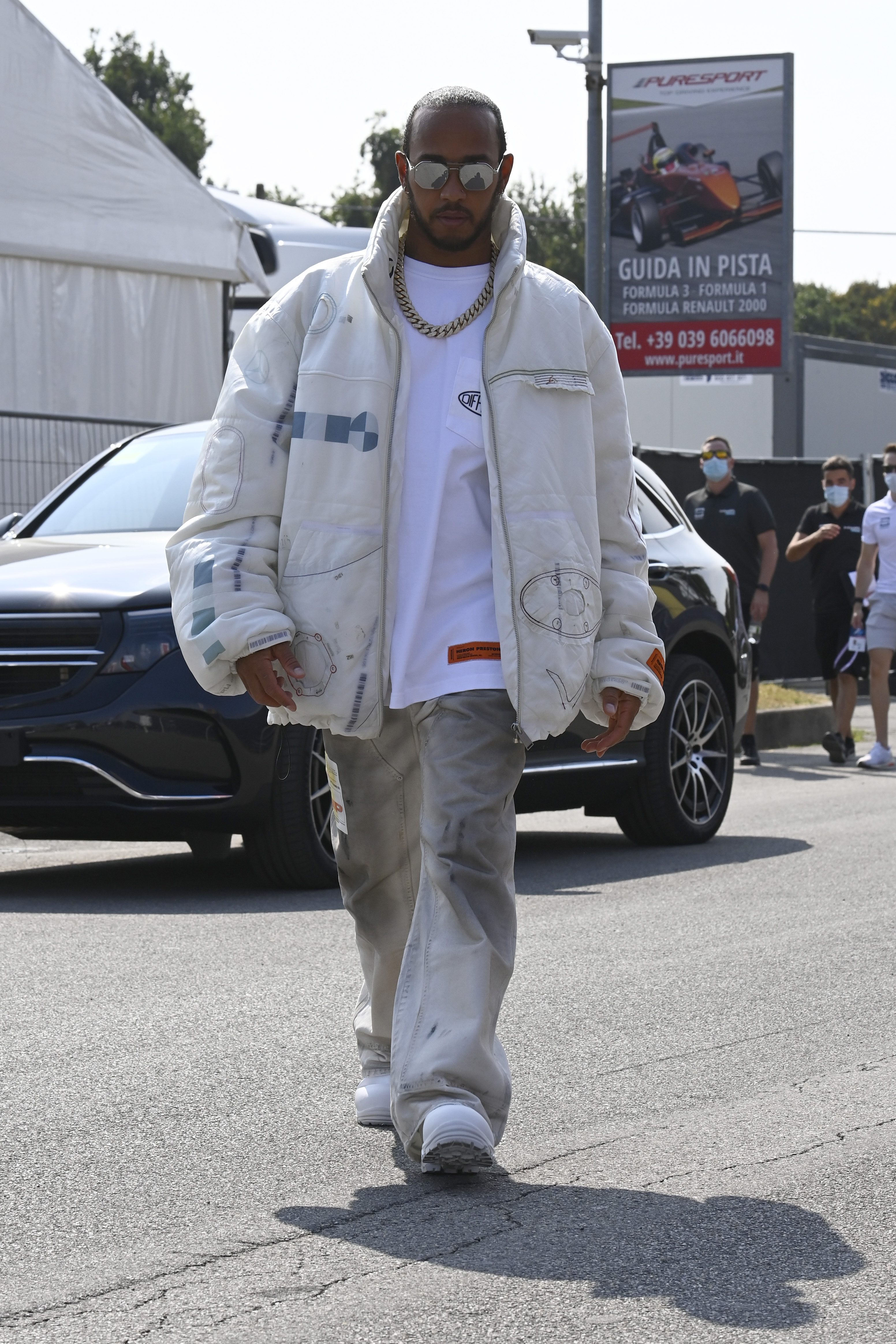 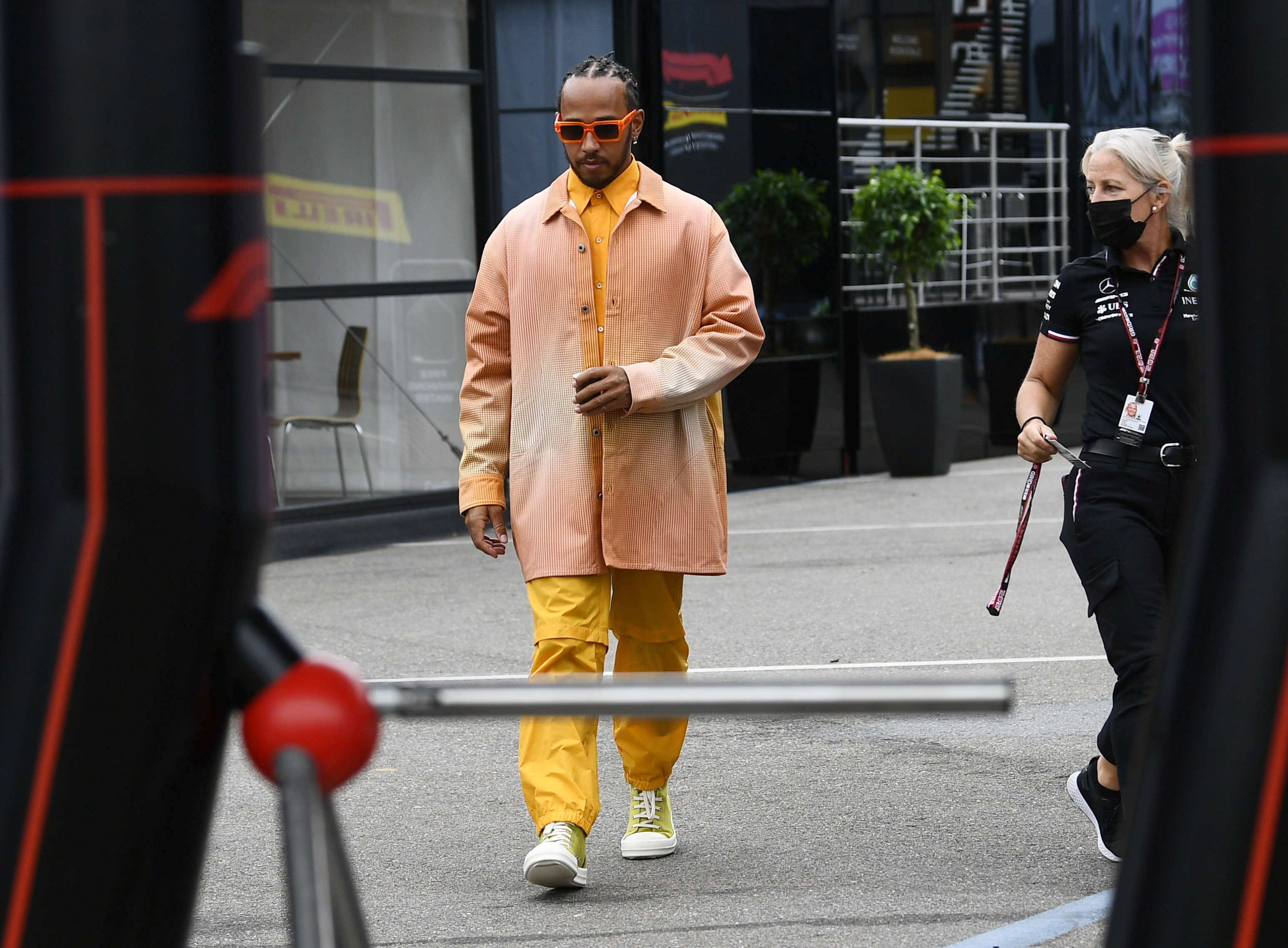 Ahead of the Turkish GP, Hamilton was dressed in a blue kilt, matching trousers and jacket.

His outfits clearly split opinions but he is hoping the radical designs result in others being more tolerant of each other.

When quizzed about his kilt, he said: "It's quite daring. I really like what Burberry is doing, and I just love the outfit.

"I go through all these different images online and find things that I like.

"I did a shoot with GQ a couple years ago with a kilt, and it was one that we specially made with Tommy Hilfiger, which was again just gender neutral.

"Anyone can wear whatever they want. There will be people that don't understand it, but that's OK.

"Hopefully they'll eventually go through the opening of their mind phase and let people be who they want to be."

Hamilton has designed his own range of clothes in the past with Tommy Hilfiger, who also sponsors his Mercedes F1 team.

And the Brit attended the Met Gala, buying a table to showcase young black fashion designers.

He arrived in Istanbul after a trip to Paris Fashion Week and says he loves the contrast with his corporate F1 life, because the fashion keeps his mind fresh when he is away from the race track.

He added: "It's a much different world to F1. F1's obviously not focused on that and it's obviously very corporate. There is no fashion, actually, in F1.

"I always felt like it was always a place where it wasn't easy to be yourself.

"And when I went to a fashion show, when you're in a fashion week for example, you're surrounded by people from all different walks of life, expressing themselves in different ways.

"I love being able to separate from the sport, and the intensity of this whole season is difficult for everyone that's at the track.

"So to be able to have something else, another outlet, that you can focus on helps take the weight off it.

"So when I come back, it always feels fresh when I come to a GP, because it's not something I've been thinking about every single day."

Hamilton risks being sent to the back of the grid for Sunday's race owing to a penalty for taking a new engine. 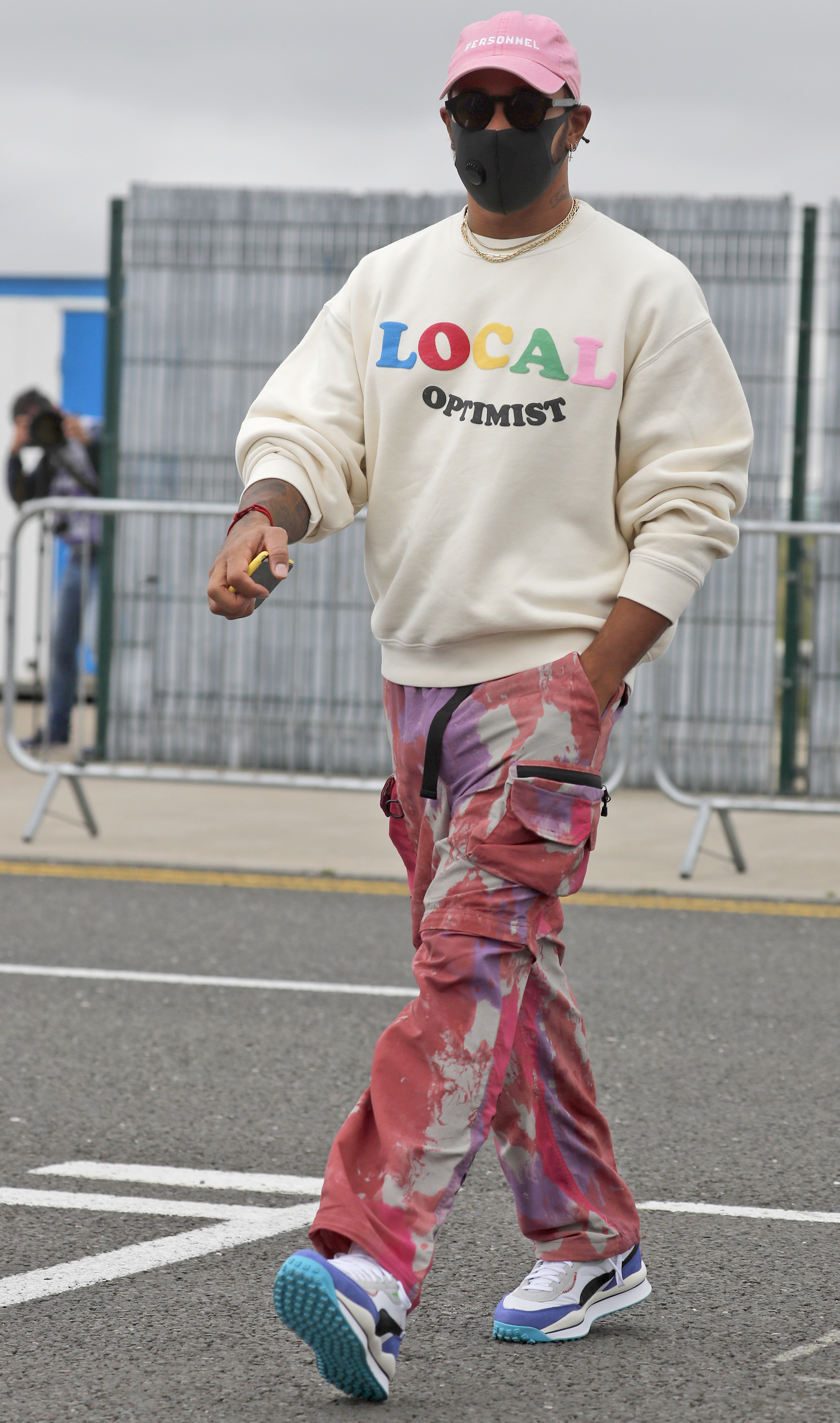 However, he was staying tight-lipped about the grid drop as he looked to protect his two-point lead over Red Bull's Max Verstappen.

He said: "At the moment, I still have [engine] No2 and No3. I don't envision us having to take one at the moment, but that could change."

Meanwhile, ice cool Verstappen is chilled out about his title fight – despite the flash-points and pressure from Hamilton.

He said: "I always do my best and I know that the team is also doing the best they can.

"If that's going to be at the end of the year first, that's of course an amazing achievement and that's what we work for, right?

"But even if we would finish second, I think we still would have had a great season. And at the end of the day, it's not really going to change my life.

"I enjoy what I'm doing and I think that's also very important. So for me, there is not much to worry about, really."