SERGIO AGUERO has claimed that he and Lionel Messi are always arguing like an old couple – but says it's the Barcelona star's fault.

Aguero, 32, says that the pair always argue when on international duty together. 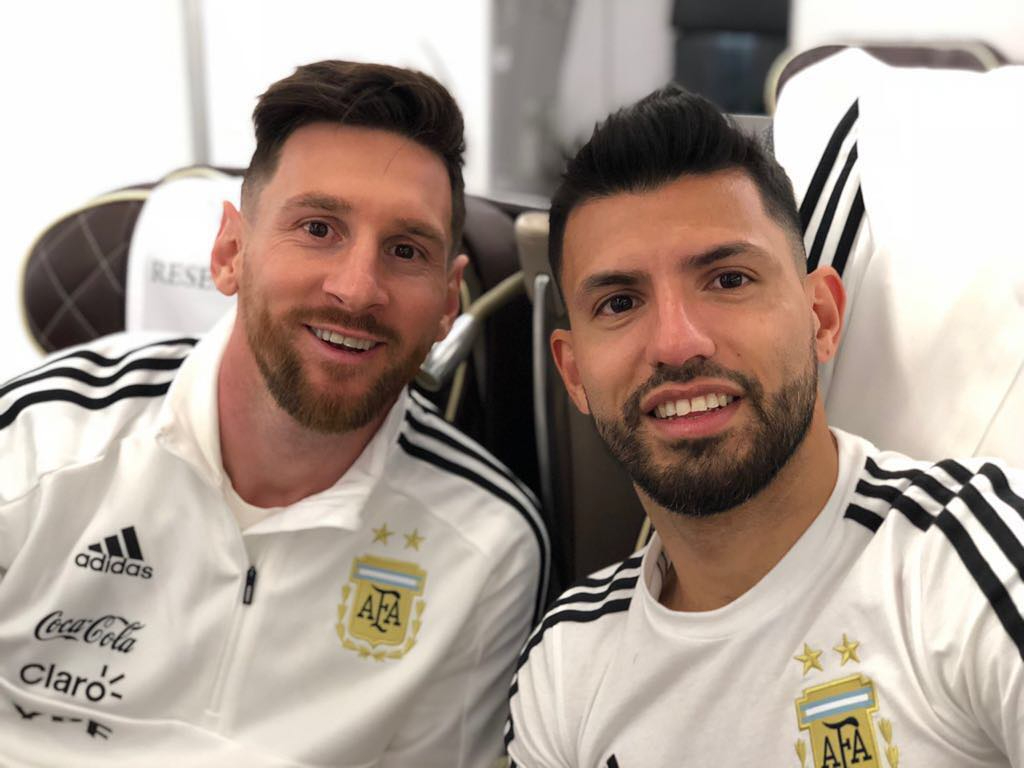 Speaking to Diario Sport he jokingly said: "He always complains, we are like an old married couple.

"I always fall asleep with the TV on and when I wake up the next morning he is always complaining to me.

"He arrives at the hotel and is instantly take a shower while I’m just sitting talking on my mobile phone.

"Then he will remind me that we need to go down to dinner and we do not have time."

But he went on to say that the time they've spent away together has brought them closer.

Messi, 33, made his debut for Argentina in 2005, before being joined a year-later by Aguero in the set-up.

The duo have played together at three World Cups, four Copa Americas and won gold at the 2008 Beijing Olympics.

They were almost united at club level this summer when Messi handed in a transfer request at Barca.

Aguero's Man City moved in swiftly for him and emerged as favourites for his signature.

He entered negotiations with City but resolved his issues with the LaLiga giants and agreed to stay until at least next summer.

Messi has started the season well at the Nou Camp under Ronald Koeman who has changed the set-up of the team to get the best out of the Argentinian maestro.

10/14/2020 Sport Comments Off on Lionel Messi and Sergio Aguero ‘like an old married couple’, with Barcelona star always complaining, says Man City ace
Recent Posts
We and our partners use cookies on this site to improve our service, perform analytics, personalize advertising, measure advertising performance, and remember website preferences.Ok