LIVERPOOL are reportedly set to wait until the eleventh hour of the transfer window before making their move for Thiago Alcantara.

Jurgen Klopp’s side have been linked with the Bayern Munich midfielder all summer. 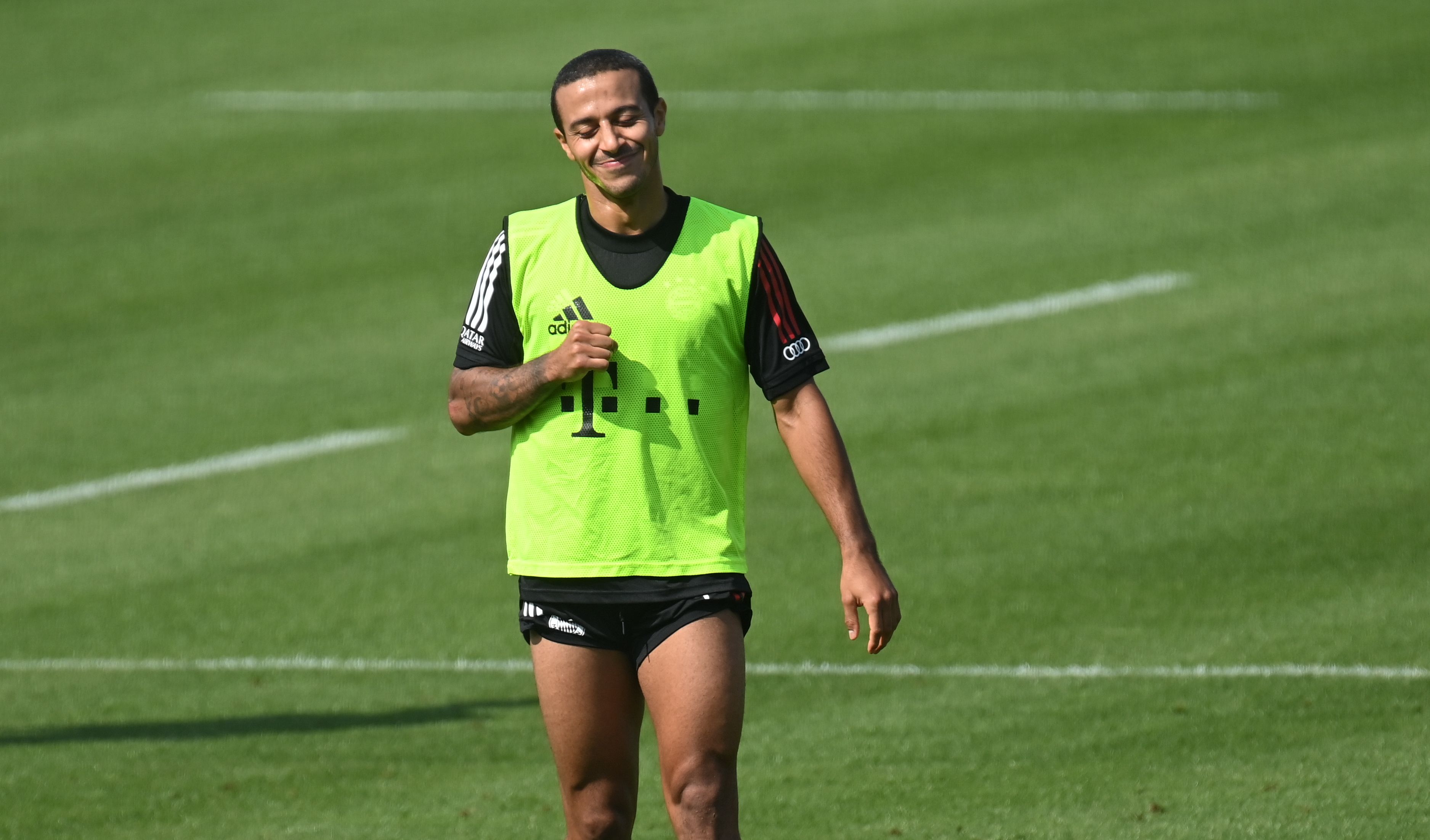 However, Liverpool remain frontrunners with the Red Devils having already strengthened in the middle following the £39m capture of Donny van de Beek from Ajax.

That leaves the Anfield club ahead of the pack in the chase for Alcantara.

But talkSPORT say they are “planning to delay making their move until the eleventh hour of the summer window as they try to get the best deal” for the ex-Barcelona ace.

Their transfer guru Alex Crook said: “We’ve spoken a lot about this one, and it’s going to go right to the wire, I think.

“If [Georginio] Wijnaldum goes I think Liverpool will accelerate their interest.

“I know Manchester United have spoken to Thiago’s agent but midfield is not a priority for them at the moment.

“Liverpool are still the front-runners, but they’re trying to force Bayern Munich to lower that €30m asking price.

“I’m not expecting a bid to come in probably until the final week of the window.”

Wijnaldum has been heavily linked with a transfer away to Barcelona after entering the final year of his contract.

New Barca boss Ronald Koeman built a good relationship with Wijnaldum when he was manager of the Dutch national team.

The 29-year-old has reportedly agreed a three-year deal to join the Spanish giants, who are hoping to pay Liverpool around £18m.

09/15/2020 Sport Comments Off on Liverpool 'planning on waiting until end of transfer window' before making move for Bayern Munich's Thiago Alcantara
Recent Posts
We and our partners use cookies on this site to improve our service, perform analytics, personalize advertising, measure advertising performance, and remember website preferences.Ok