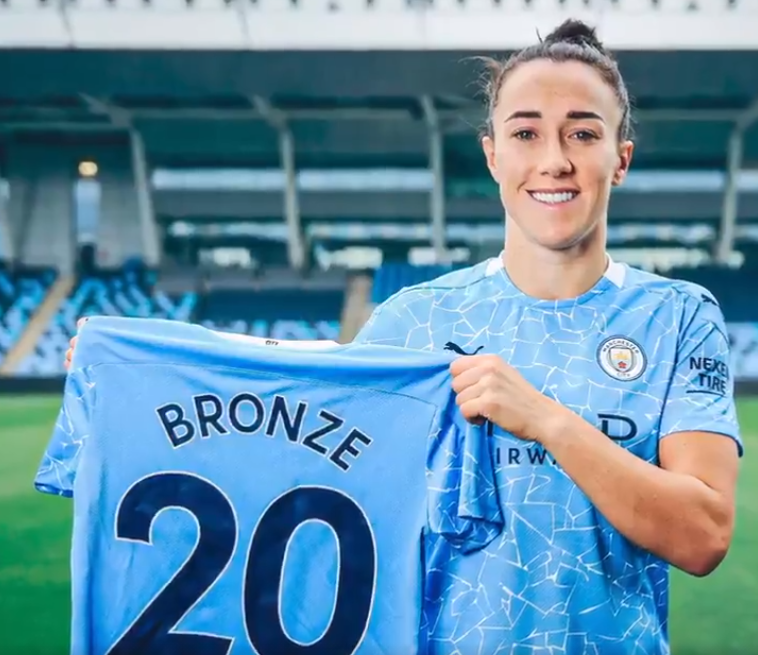 She arrives at the Academy Stadium on a free transfer, as her deal with Lyon expired on August 31.

Bronze is one of the world's best defenders and her arrival has handed Gareth Taylor's side a major boost in their bid to reclaim the WSL title and City's first Champions League trophy this term.

Bronze enjoyed her first stint with City in 2014 and helped the club win the WSL and Continental League Cup in 2016, as well as FA Cup a year later.

The right-back said: "I'm really happy to be back here at City.

"I always had it in my mind that I would return one day and it just feels like the perfect time and opportunity right now.

"I really enjoyed my time in France, but there were so many things that I missed and it's great to be back.

"There's nowhere I'd rather be right now than with Manchester City and I'm really excited to see what the future holds with the exciting squad we have here."