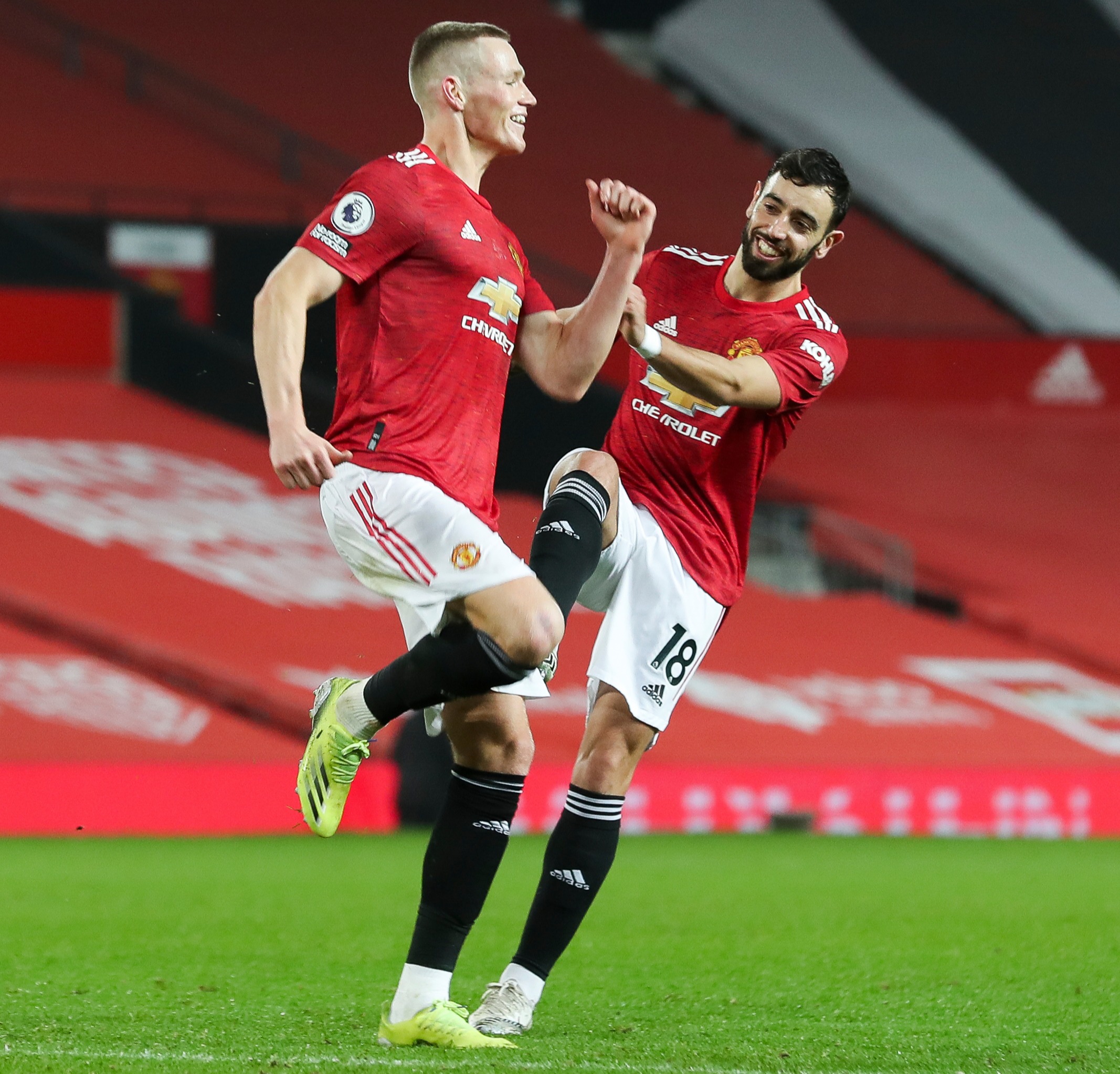 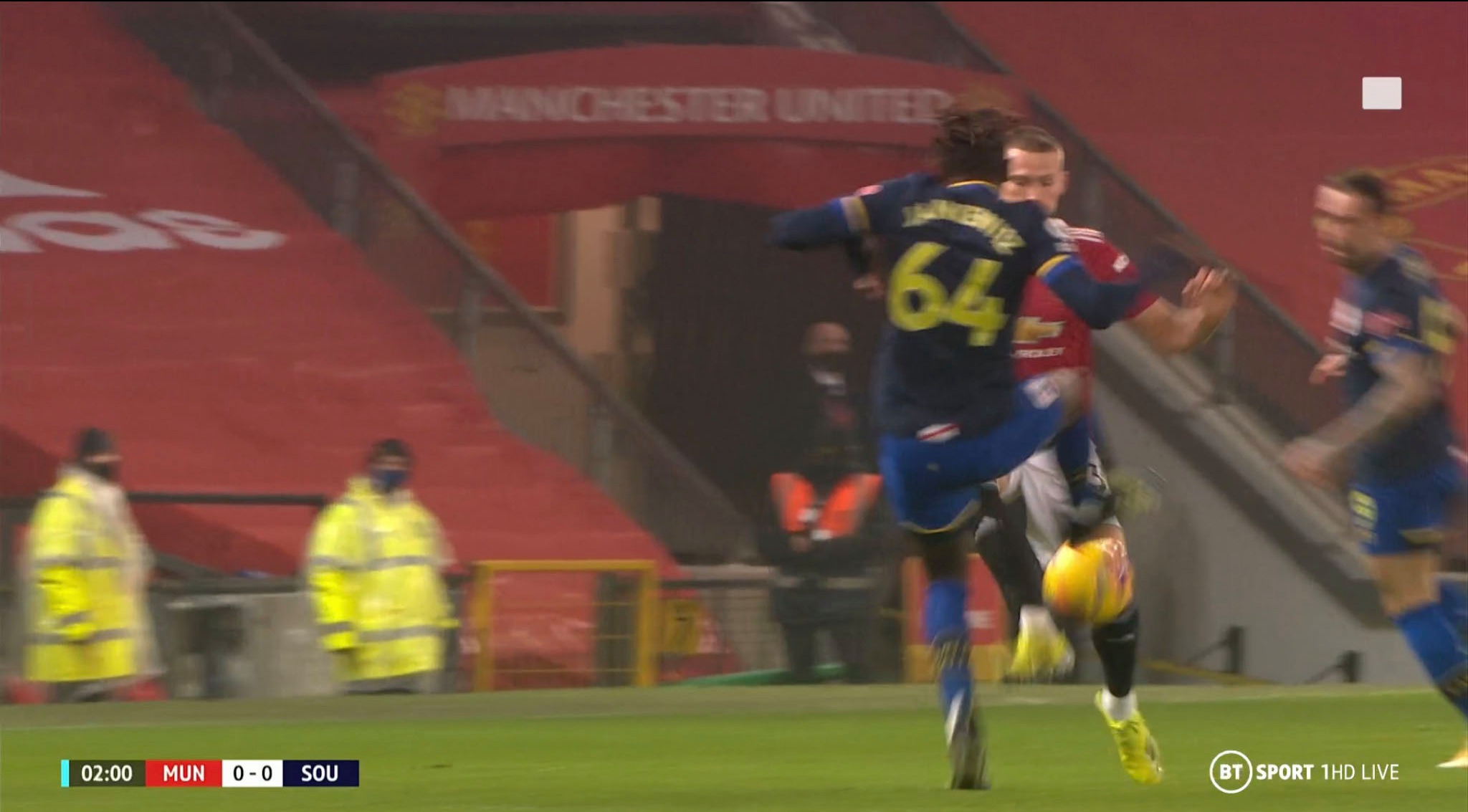 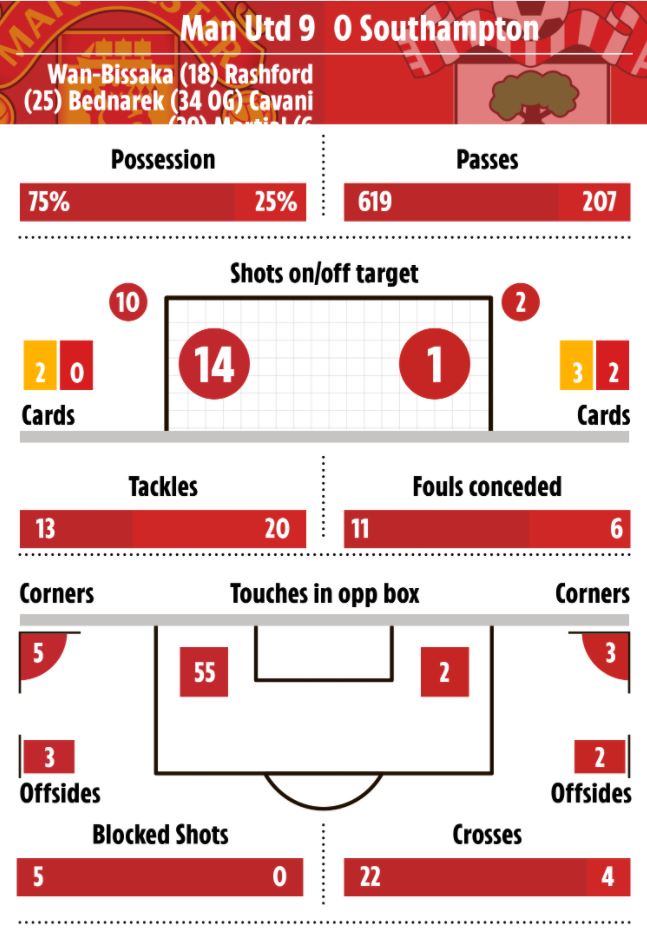 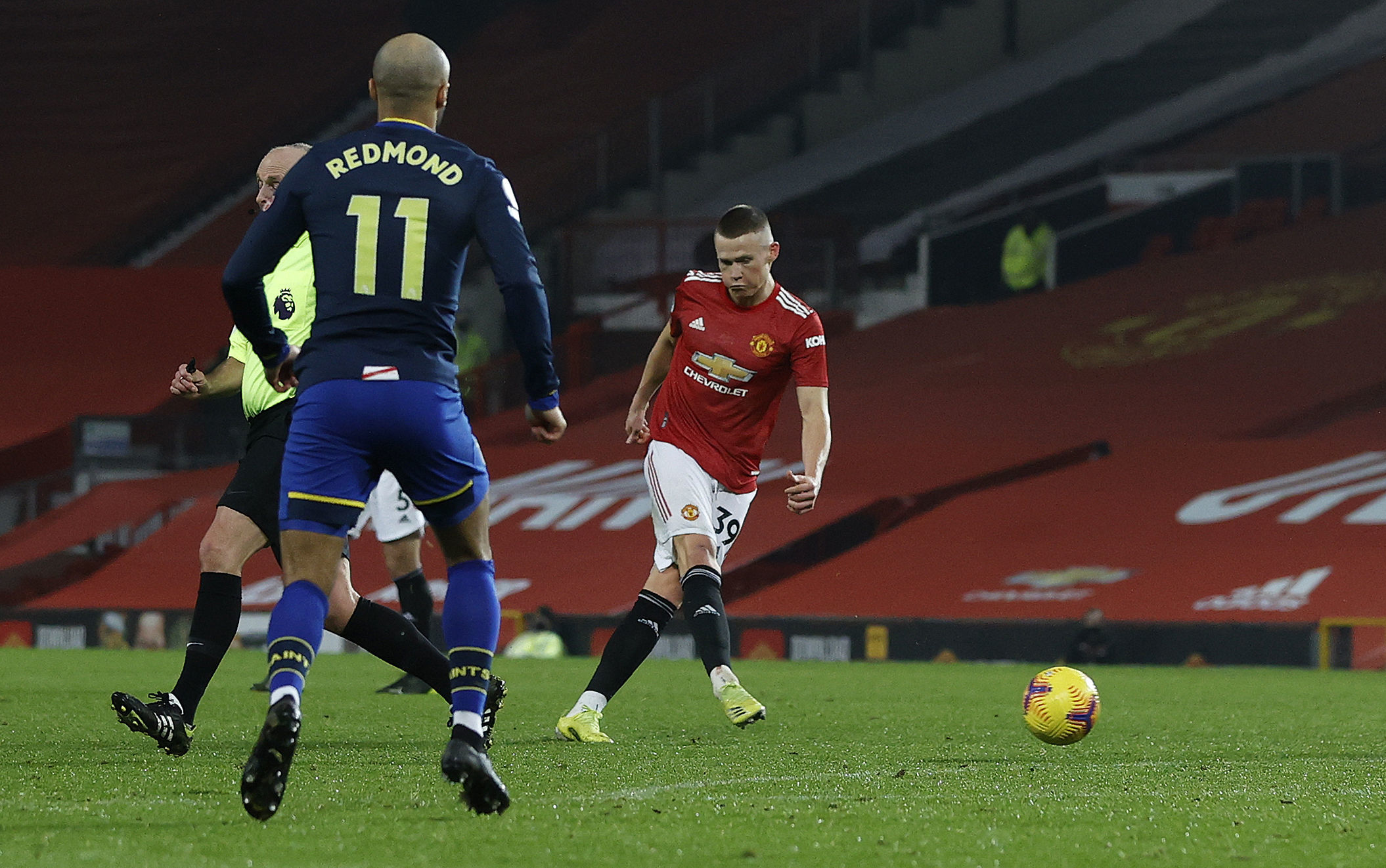 It was in January of that year that Eric Cantona produced his infamous kick on a Crystal Palace fan after being red carded at Selhurst Park.

Last night Southampton’s Alex Jankewitz paid due tribute 26 years on by reenacting it with this time Scott McTominay the victim after 82 second.

Jankewitz first professional start over without even touching the ball.

It was in March of 95 that United recorded a 9-0 win, against Ipswich, matched last night with this hammering of Southampton.

Mancheter United recorded their biggest victory since that famous 9-0 home hammering of Ipswich Town back in March 1995.

The challenge was horrendous, nowhere near the ball. McTominay screamed in anguish and the camera showed an imprint of the scrapping from Jankewitz’s studs.

Mike Dean showed a straight red and the Saint went marching off.

Now there is an old adage, that to be fair never made sense, about it being tougher to play against ten men.

Certainly there is more emphasis on defending perhaps and trying to sneak away with a draw.

In this case the red card just signalled for Southampton to give up.

That is what they did.

On the back of three straight defeats and just one win in eight they were no doubt already feeling sorry for themselves. 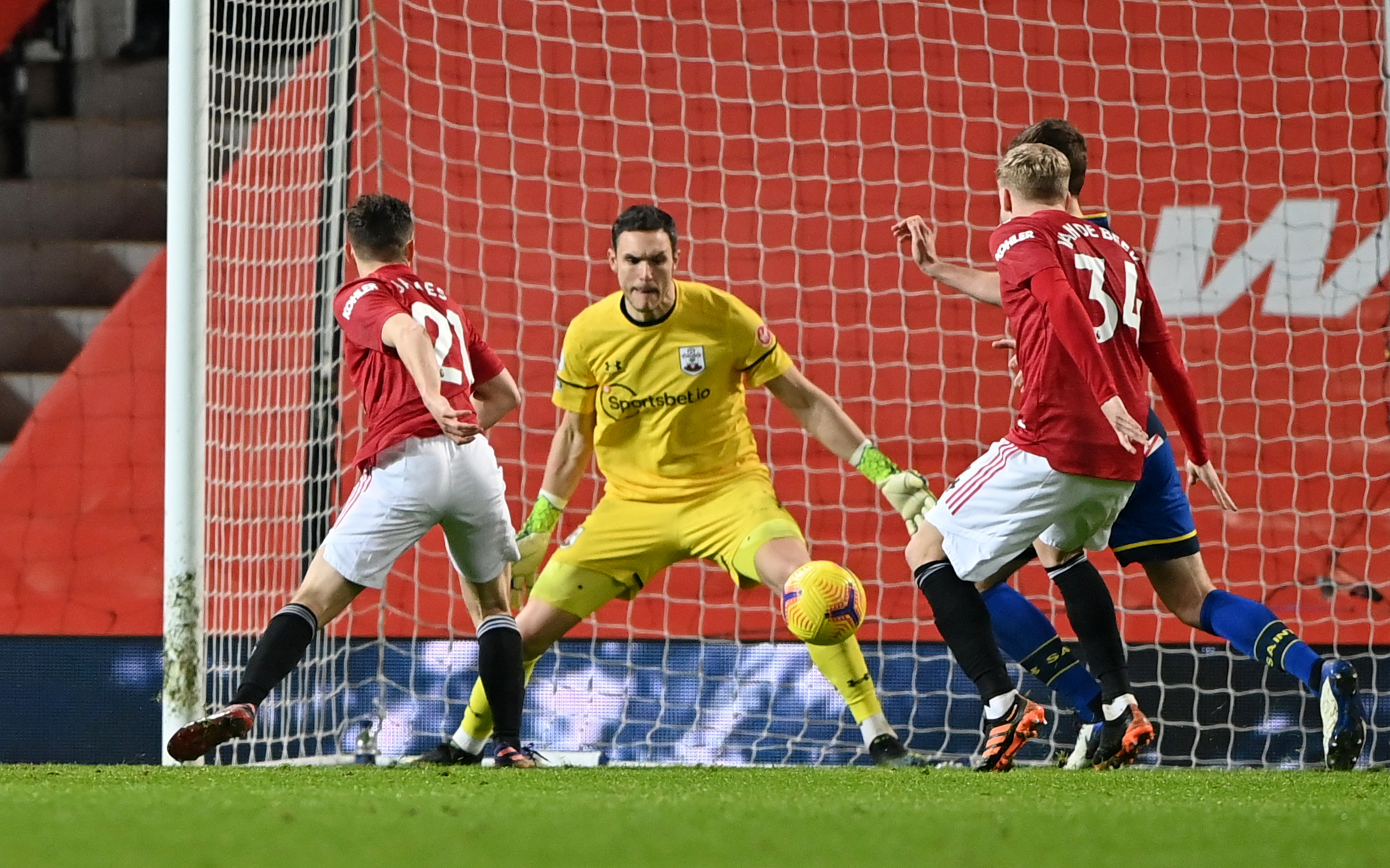 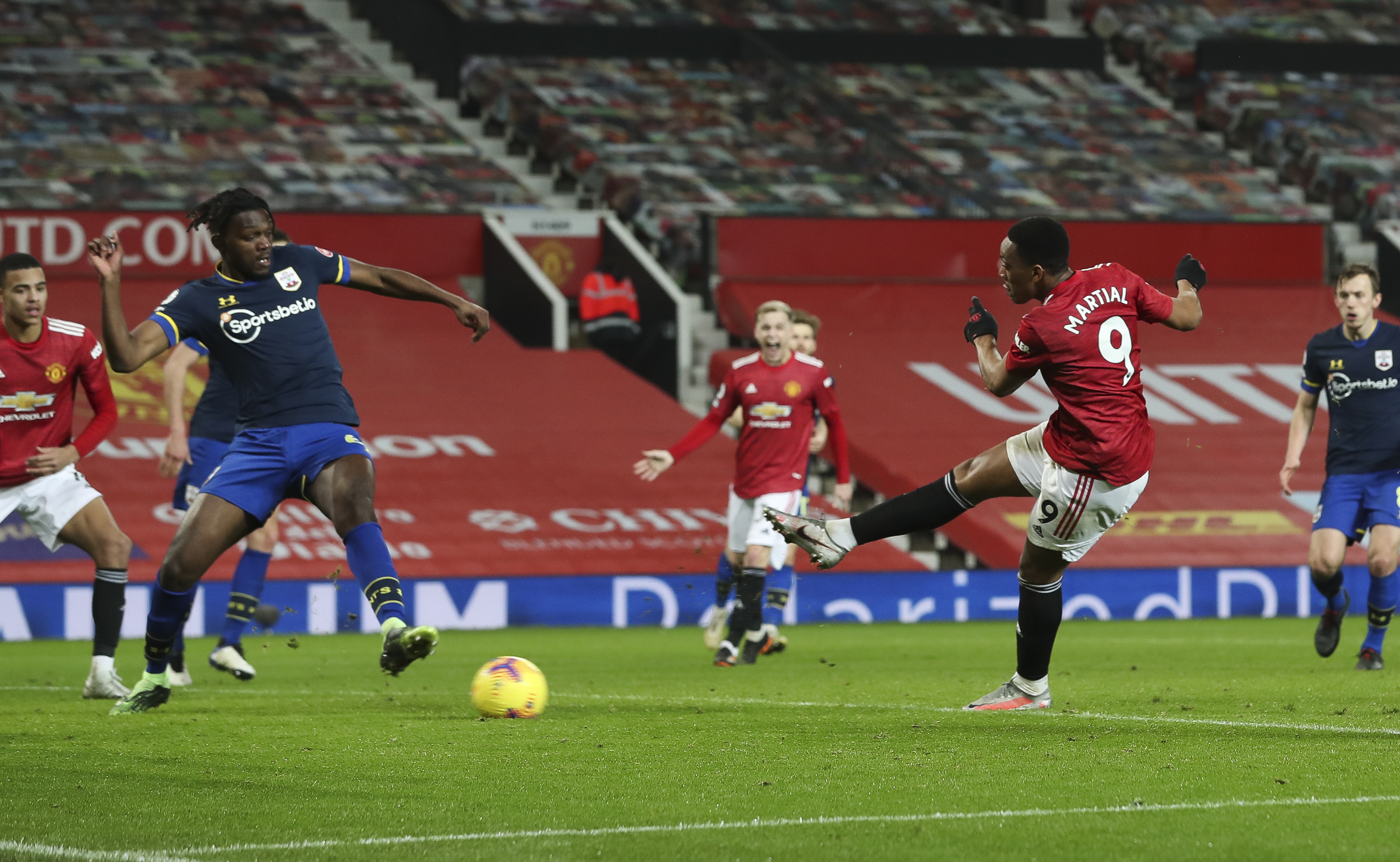 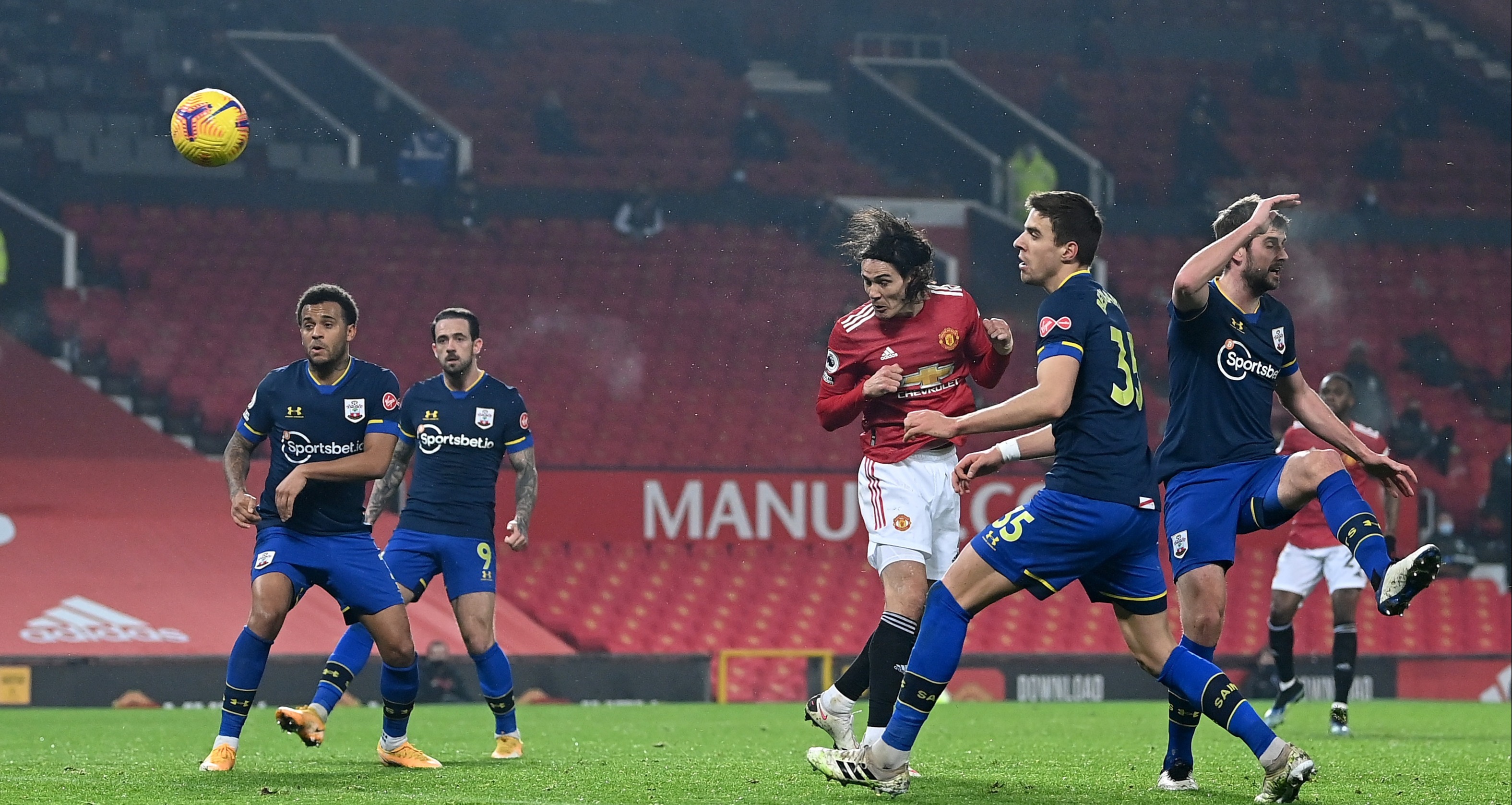 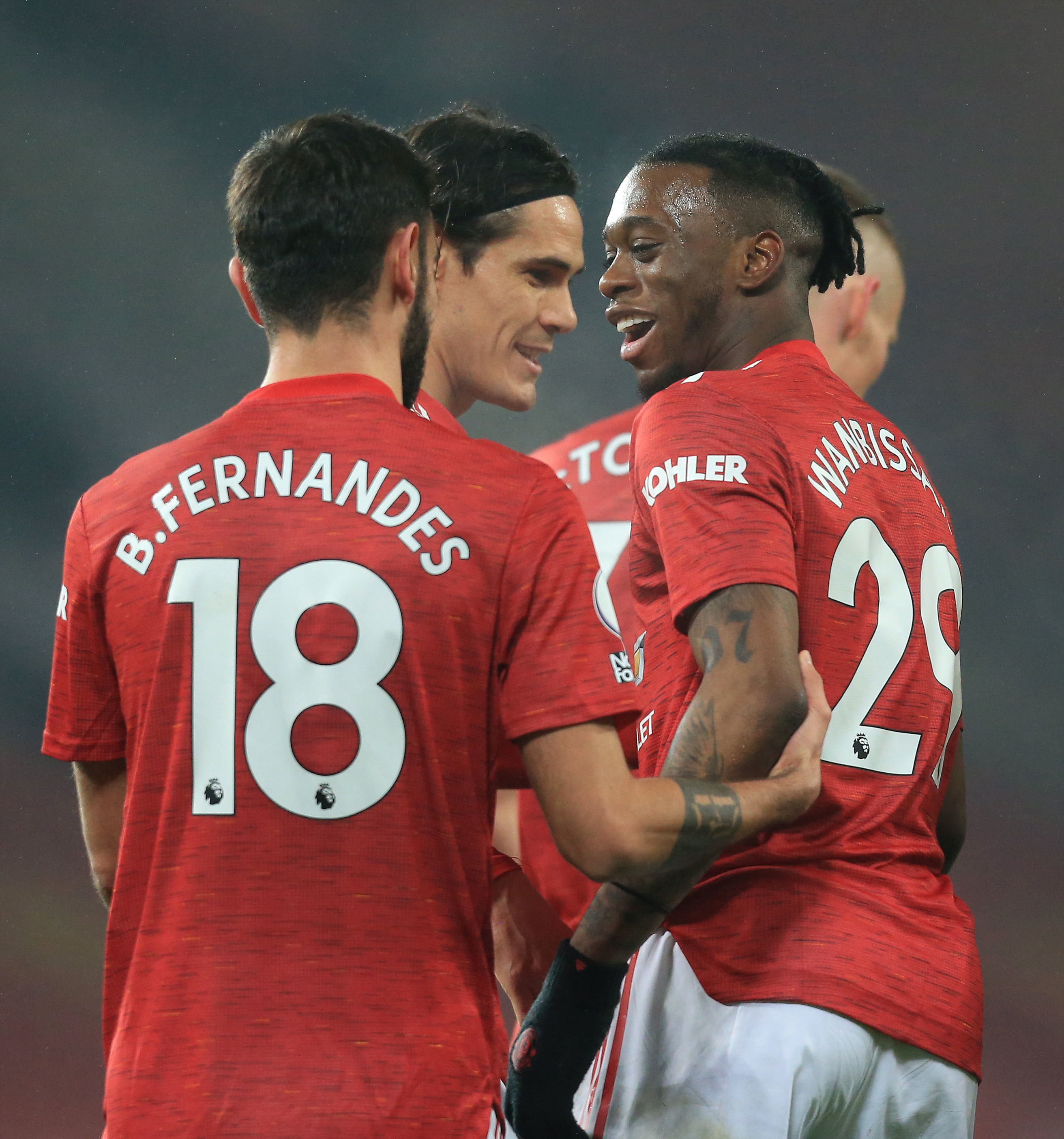 Add an awful injury list to that and the excuses could mount.

There was still no excuse for this abject collapse that saw United go 4-0 up by the break.

The scoring got going in the 17th minute with Aaron Wan-Bissaka scoring his first Old Trafford goal since joining United.

It was fellow full-back Luke Shaw who found him with a searching ball to the back post.

There was ‘The Spider’, known as such for those long legs wrapping the ball away from opponents, sticking a foot out to meet the ball first time and send it in off the far post.

Shaw would be involved in two of the next three as well.

He is absolutely flying at the minute.

There cannot be a better left-back in the country on form.

He was constantly high up the pitch and in the 25th minute he was found down that left flank by Victor Lindelof. 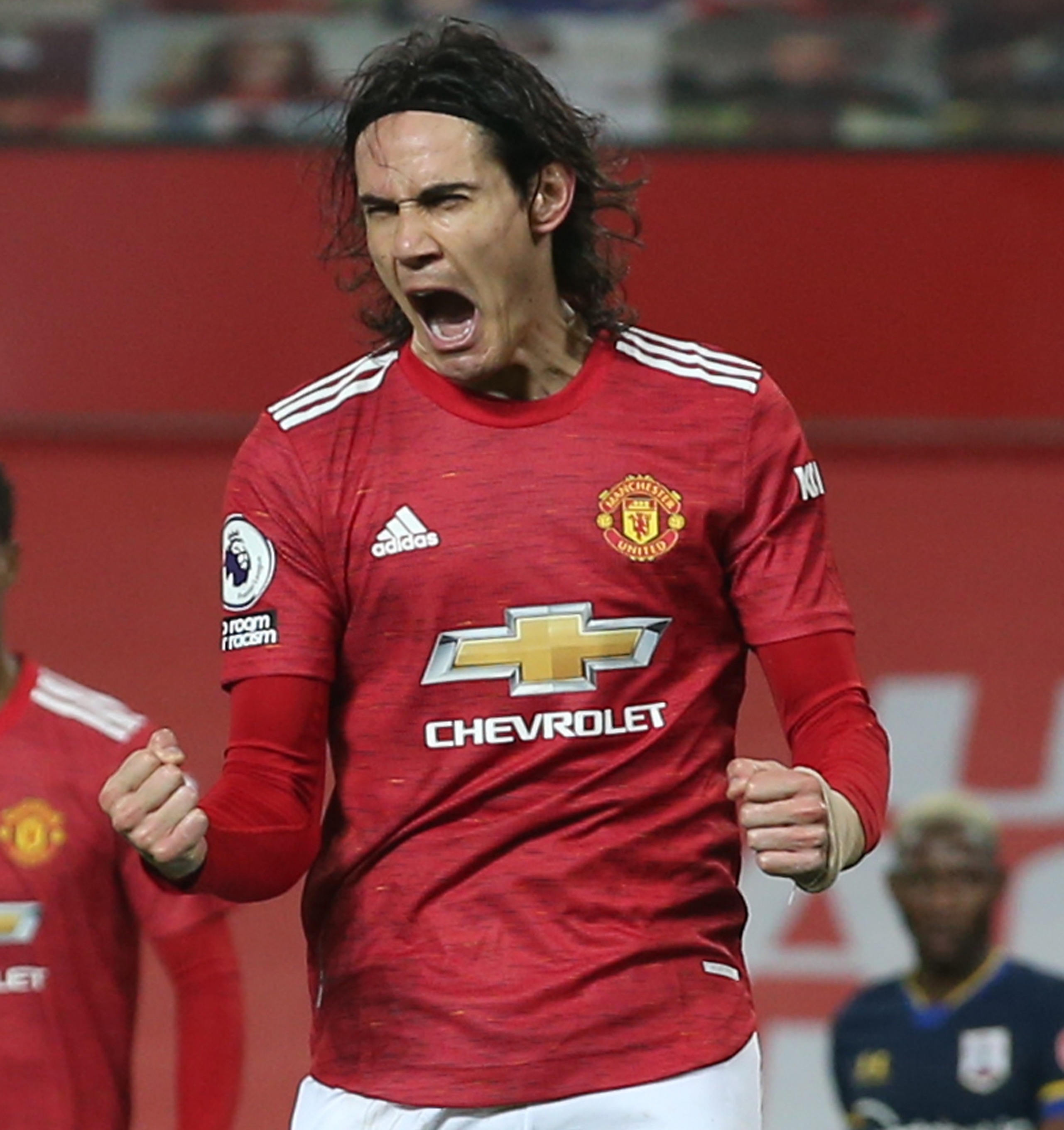 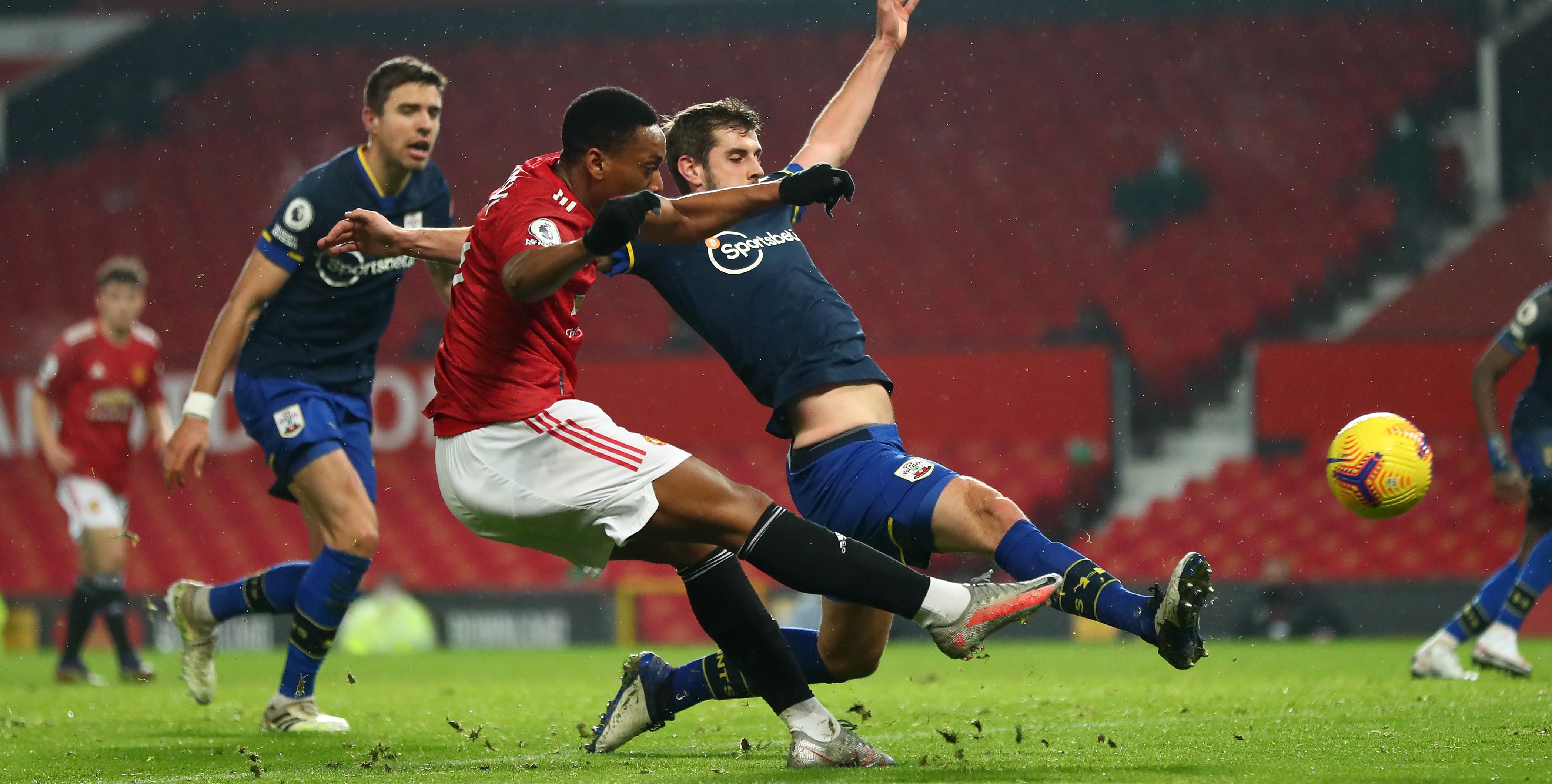 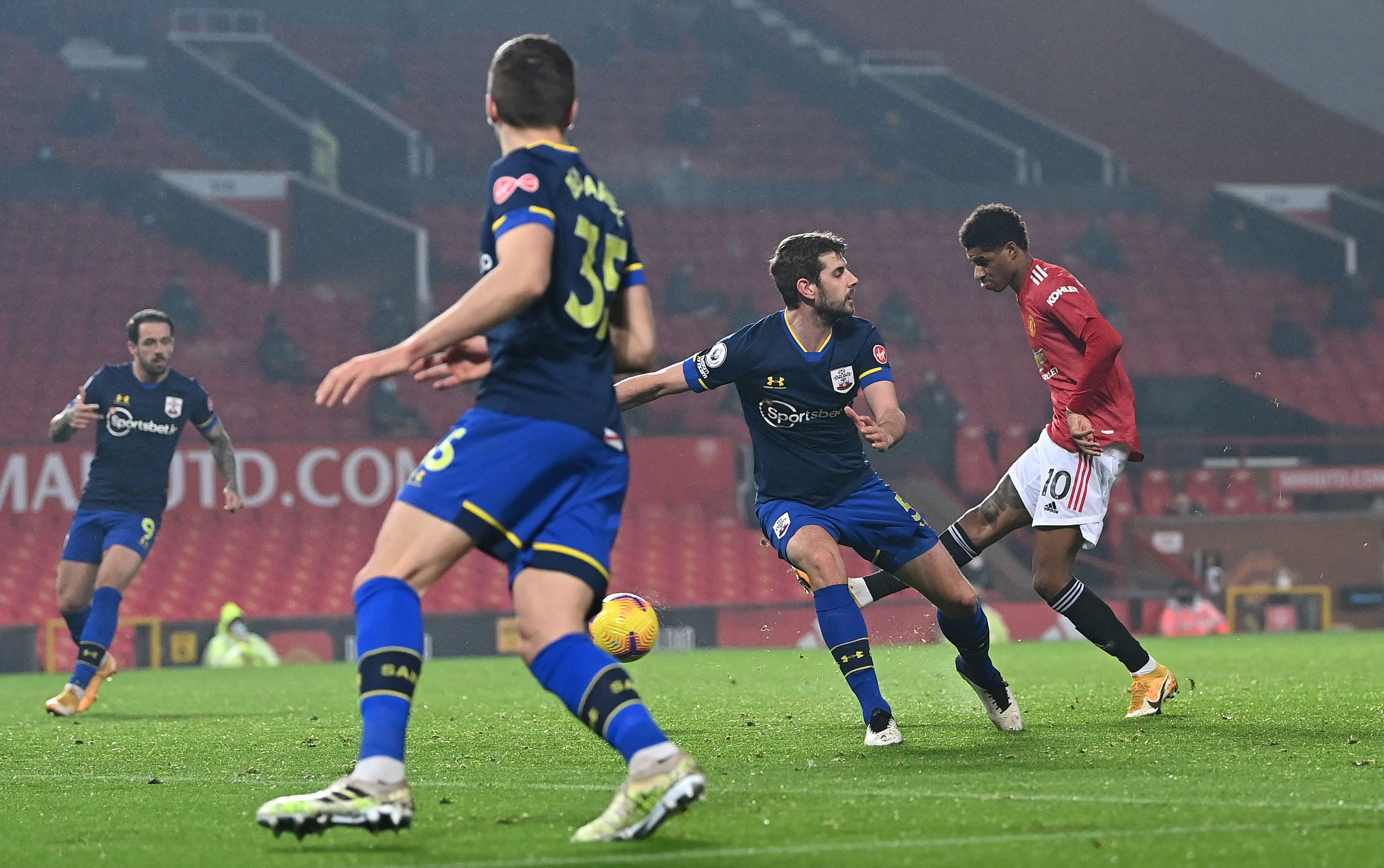 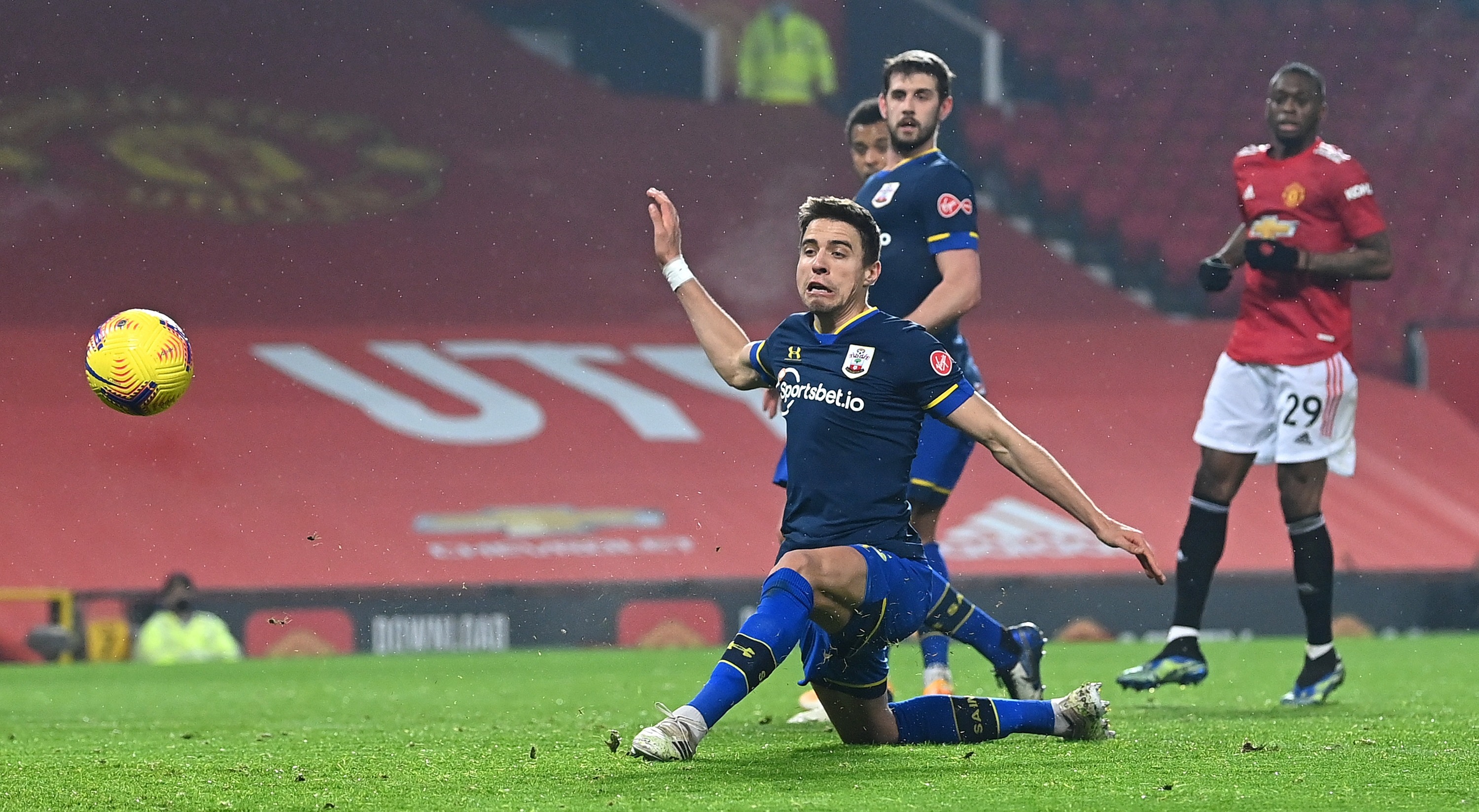 Striding on he then fed the ball for Mason Greenwood who superbly picked out Marcus Rashford with a pull back and the United frontman found goal with a first time side-footed shot.

It was his first Premier League goal of the year and took him one past Cantona to 83 goals in the United all-time list.

The third on 34 minutes was an own goal as Rashford’s right wing cross was steered past his own goalkeeper by Jan Bednarek.

It was the quality of the cross that did it though as he had to intercept it because Fred was behind him to put it away.

Five minutes later it was four with Shaw providing another great cross this time for the unmarked Edinson Cavani to head home.

It could have been worse before the break because referee Mike Dean pointed to the spot when Kayne Ramsey fouled Cavani.

The VAR Graham Scott came to his rescue informing Dean that the infringement was just outside the area. 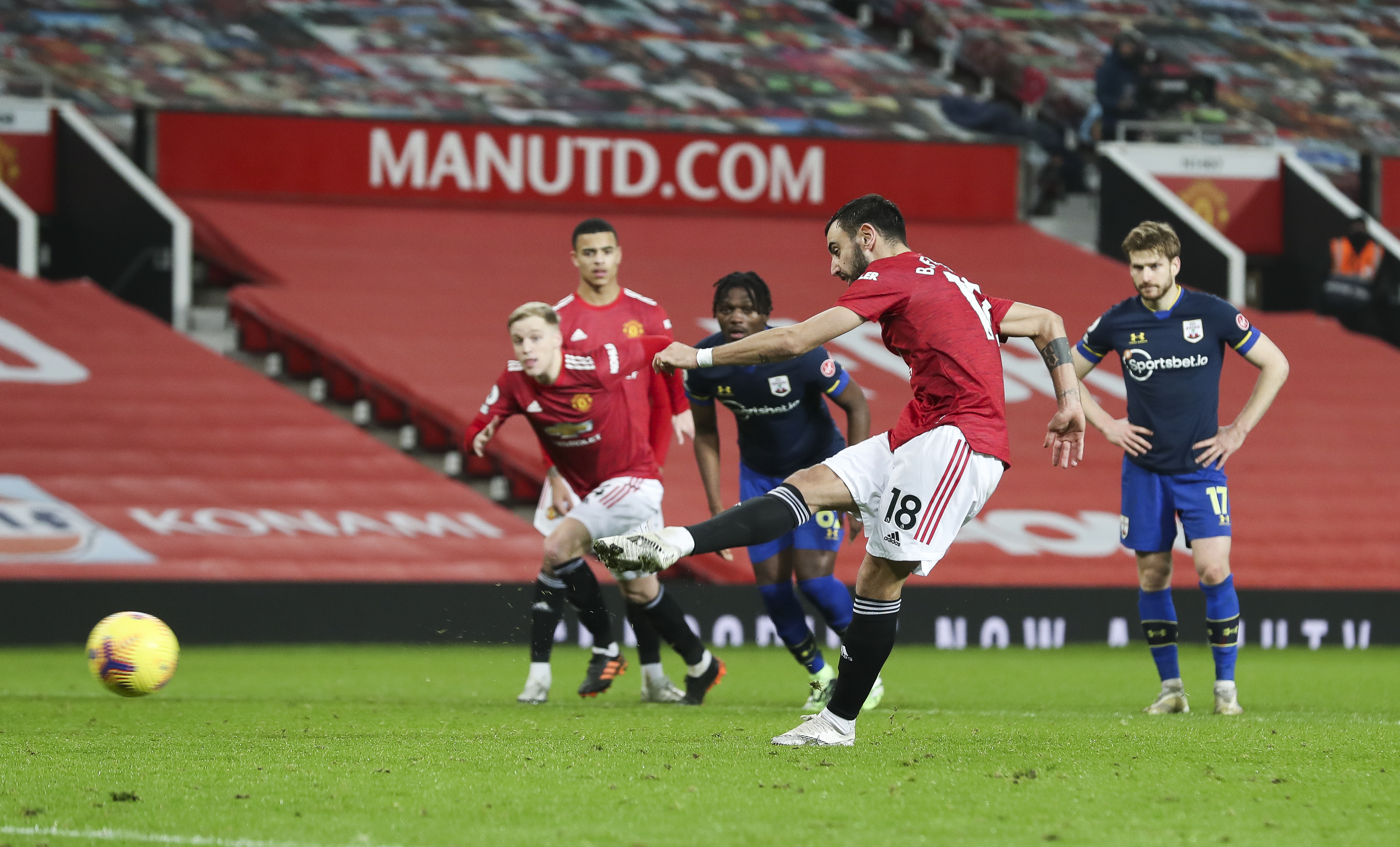 Solskjaer felt so comfortable at half time he even gave Donny van de Beek a half in place of Cavani while Shaw was afforded a very well earned rest with Anthony Martial replacing him.

Even when Southampton did score what looked like a perfectly good goal, which could have at least lead to a face-saving second period, it was ruled out.

James Ward-Prowse played a free-kick into the area, Che Adams was allowed a free run on to it and after his first shot hit Fred his second found the far bottom corner.

VAR put him offside by a fingernail.

Martial scored a real quality goal to make it five on 69 minutes.

Fernandes chipped the ball over the top and the Frenchman chested it down, took a touch swivelled and shot in one movement finding the roof of the net.

It is a shame such magic from Martial is only seen in glimpses. 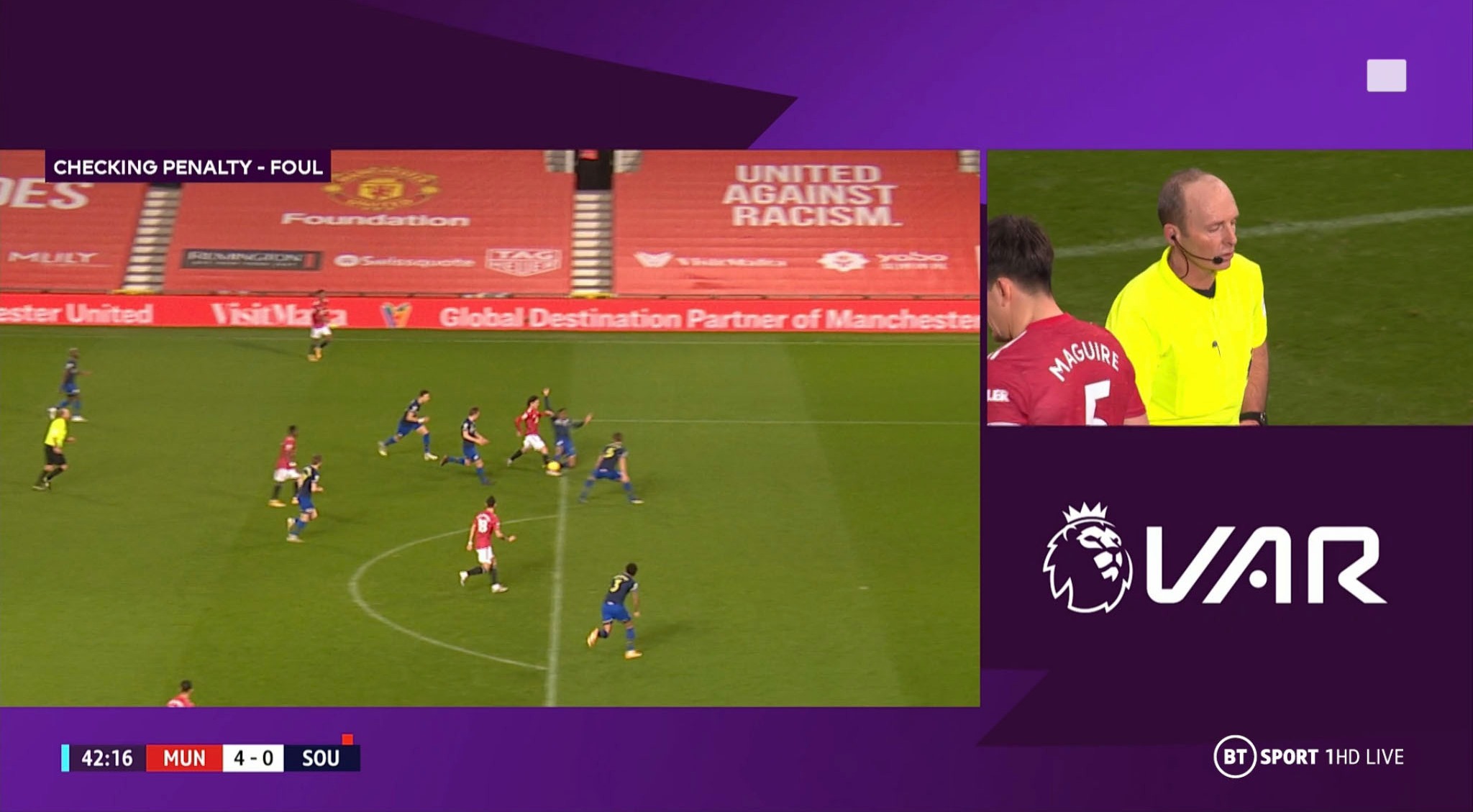 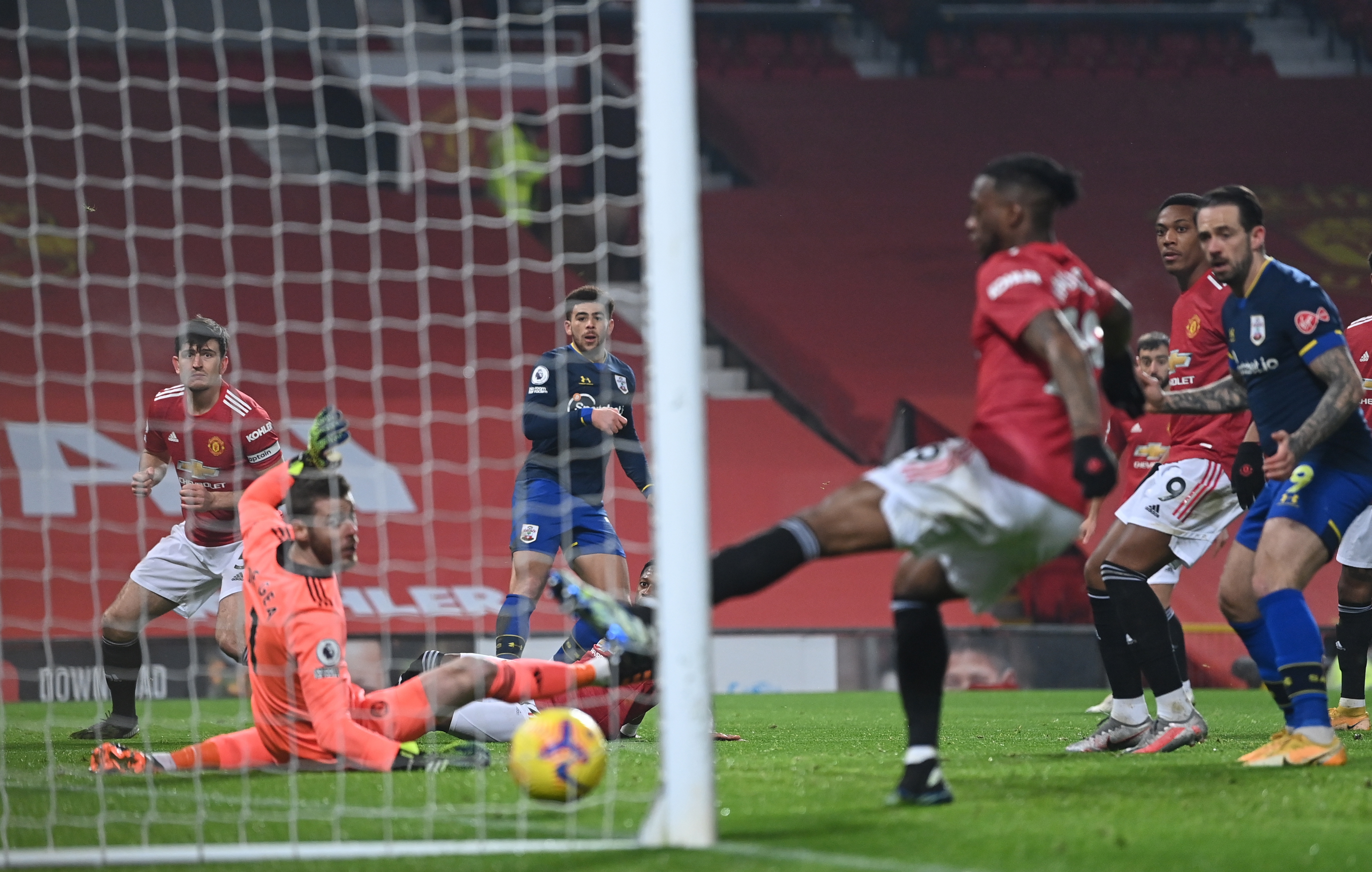 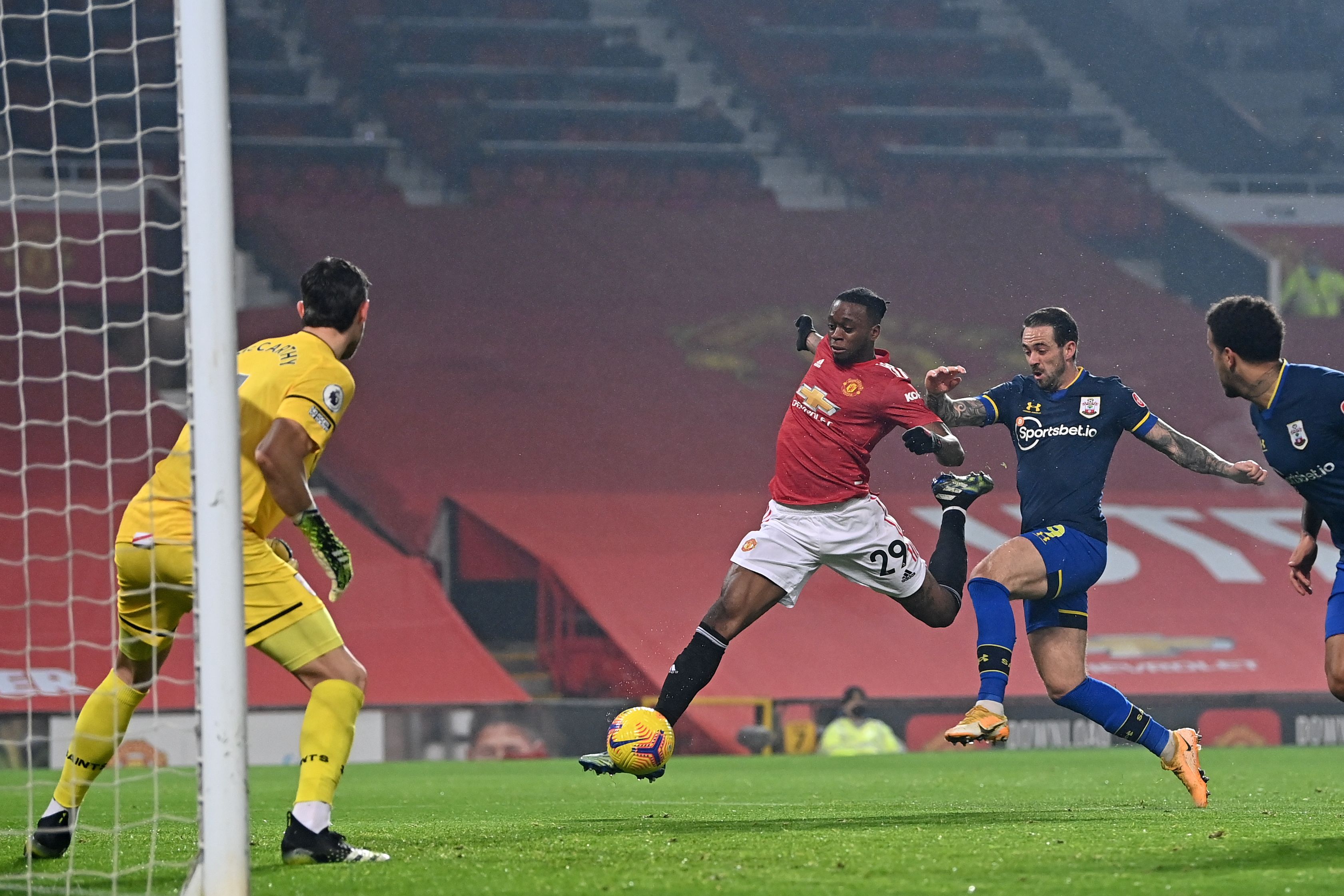 His low drilled shot from 25 yards was hardly travelling at warp speed but Saints goalkeeper Alex McCarthy decided against diving for it.

In the 83rd minute came number seven when referee Dean to awarded United a penalty when Bednarek tripped Martial.

VAR asked Dean to have a look if should have been a red as well and it was and Southampton were down to nine.

Fenandes did the rest from the spot as he always does.

Still time for number eight. Wan-Bissaka crossed, Martial chested it down again, turned and fired into the near bottom corner.

By now United weren’t even celebrating.

Daniel James completed it all in injury time with number nine.

What a way to get back on track.