OLE GUNNAR SOLSKJAER has been told he must DROP Paul Pogba to get the best out of his midfield, by Manchester United legend Bryan Robson.

Captain Marvel has warned the Norwegian he risks damaging the progress made last season if he tries to play a midfield of £55million Bruno Fernandes, £40m recruit Donny van de Beek and Pogba. 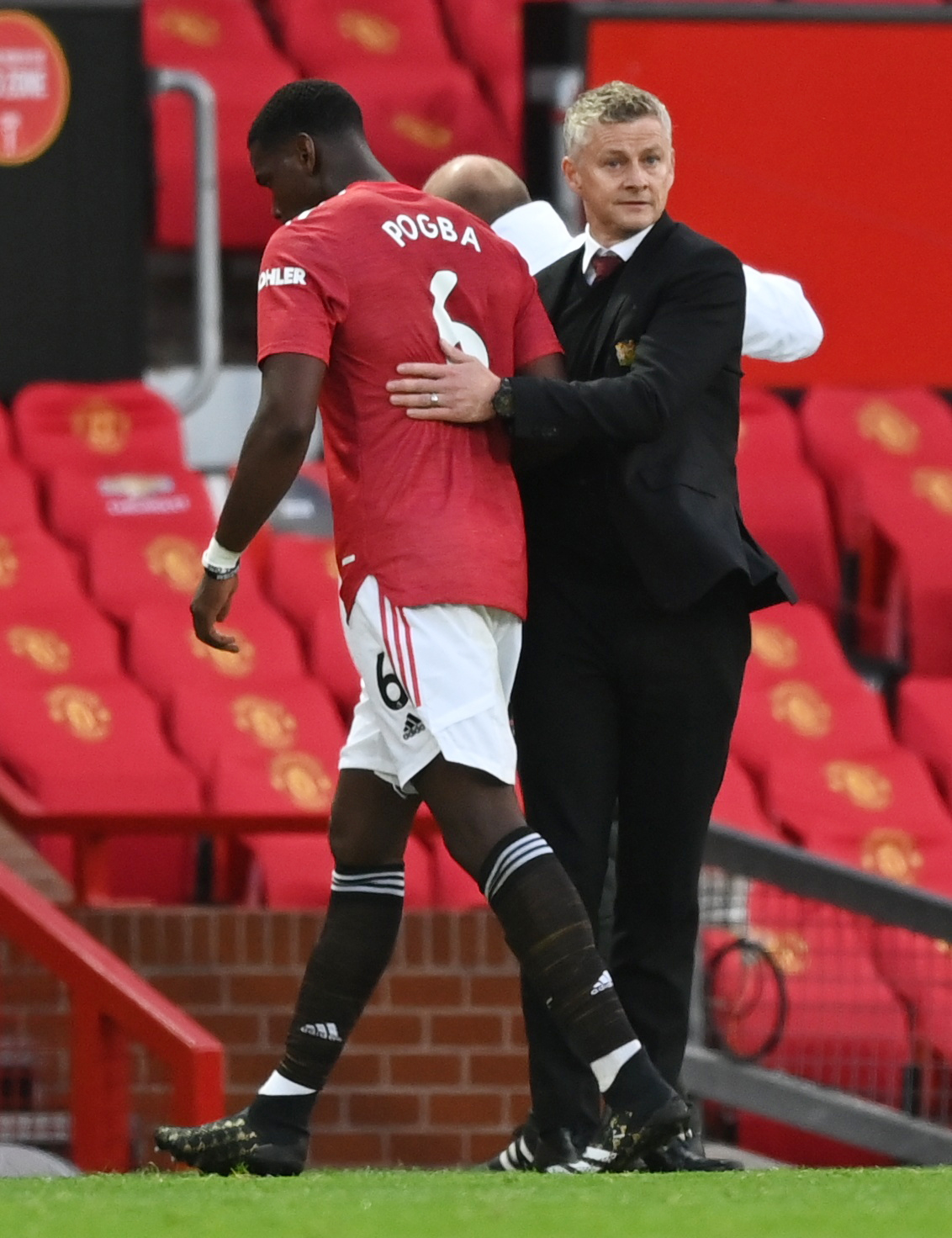 Robson reckons that is far too attacking in front of a flaky back four.

He believes Solskjaer needs to play someone like Scott McTominay in front of the centre-halves, to give De Beek and Fernandes the attacking freedom to push on and create and score more goals.

Former England captain Robson told talkSPORT: "I would probably go with Fernandes, Matic and Van de Beek and just see where they go to.

"We’ve got Scott McTominay, Fred, who can do that holding role and they you’ve got Pogba.

"I thought Paul started off poor, even though he finished the season really strong.

"Can Pogba, Fernandes and Van de Beek, can you get the three of them in the team? Only time will tell."

Solskjaer went with Pogba, McTominay and Fernandes in the opener, a 3-1 loss to Crystal Palace.

But the Frenchman was hauled off after a disappointing performance.

Van De Beek came on and scored but United struggled throughout.

He opted to play Nemanja Matic as the anchor man in midfield.