HARRY MAGUIRE was sent off for England against Denmark leaving Gareth Southgate with an early headache.

The Manchester United defender was booked after dangerously lunging in on Yussuf Poulsen on five minutes. 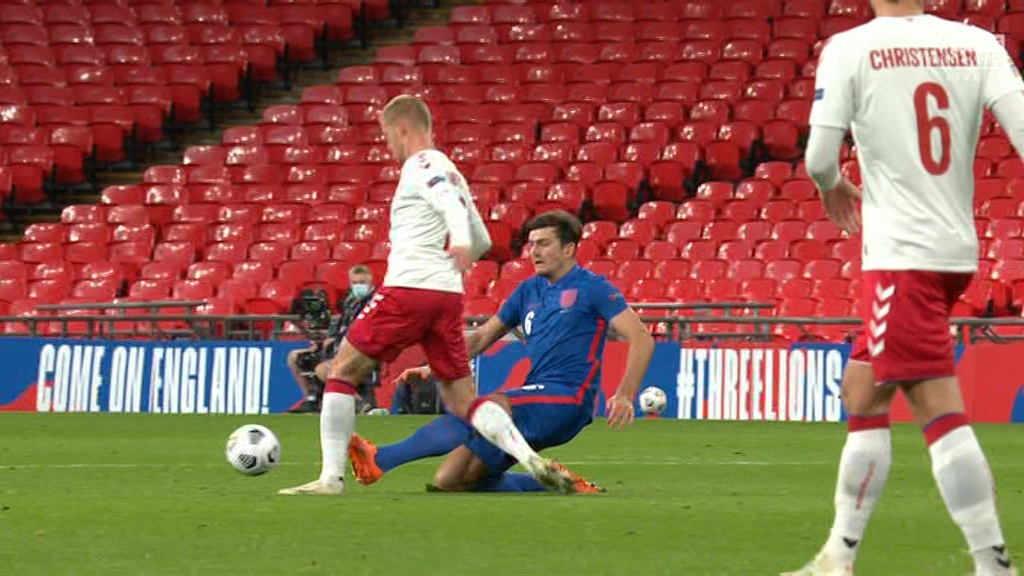 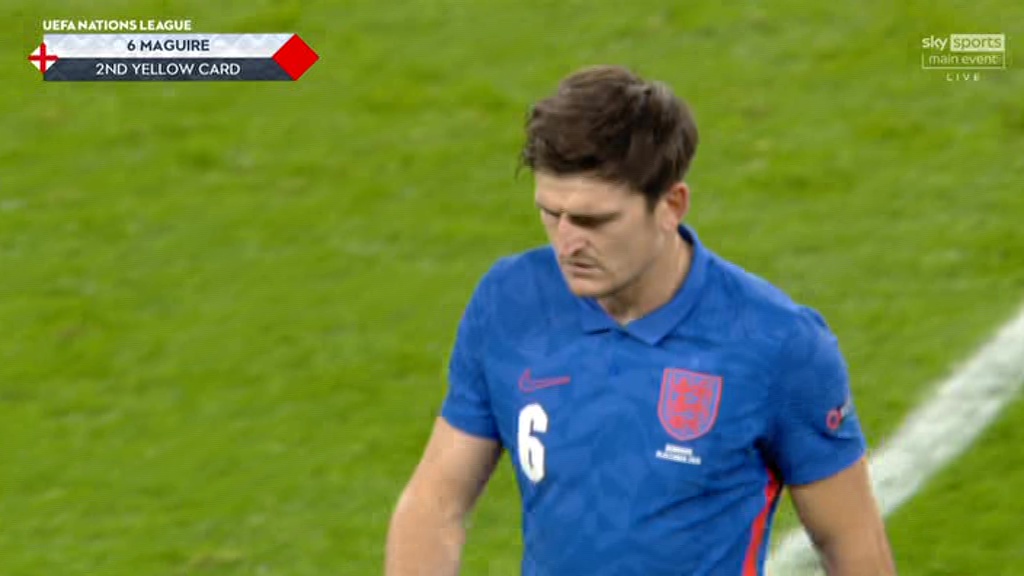 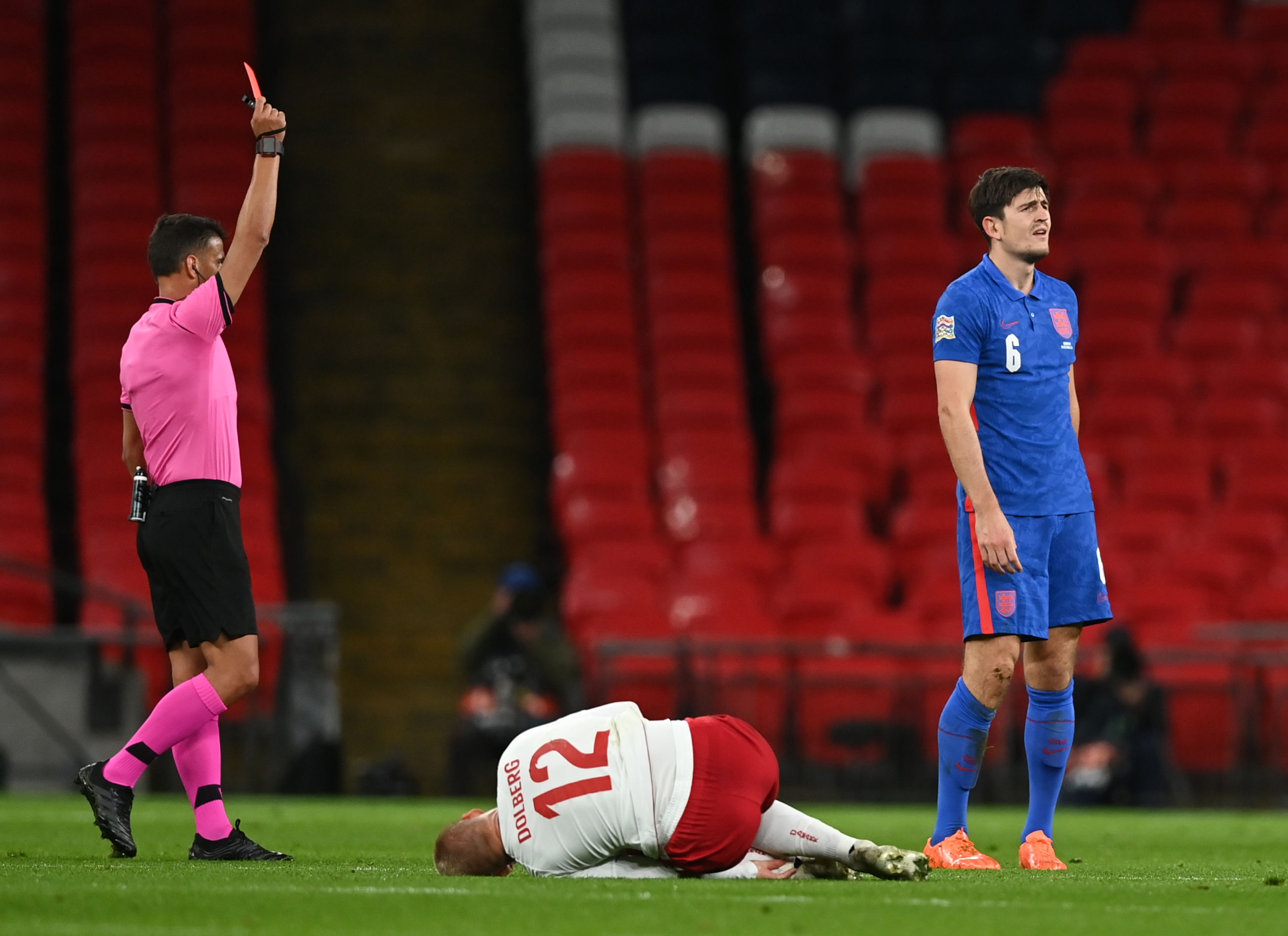 And on the half hour mark he was shown a second yellow following a tackle on Kasper Dolberg.

Maguire appeared to win the ball first but was penalised for the follow through which took out the striker.

Things worsened for England just minutes later as Kyle Walker conceded a penalty after a mix up with keeper Jordan Pickford.

Pickford rushed off his line but the Manchester City defender was already battling with Thomas Delaney.

Delaney flicked the ball past Walker, who had already swung a leg to try and clear the ball.

The soft contact was enough to convince the referee to point to the spot.

Former Tottenham playmaker Christian Eriksen – who signed for Inter Milan in January – then converted from 12 yards past Pickford. `

England went into half-time 1-0 down and missing a man.

Maguire is banned for the next Nations League clash, but some United fans joked they wish he would be suspended from their games instead.

One said: "If only Harry Maguire's red card for England meant he could be suspended for United at the weekend."

One added: "Wish Maguire getting sent off for England make him suspended for United."

Another said: "Any chance maguire can be banned for United a next games instead please."

10/14/2020 Sport Comments Off on Man Utd fans wish Harry Maguire was banned for THEM after red card in England vs Denmark
Recent Posts
We and our partners use cookies on this site to improve our service, perform analytics, personalize advertising, measure advertising performance, and remember website preferences.Ok