TEN-MAN Manchester United failed to book their spot in the Champions League knockout stages after falling to a 3-1 home defeat to Paris Saint-Germain.

Neymar started things off with just six minutes gone and closed it out in injury time. 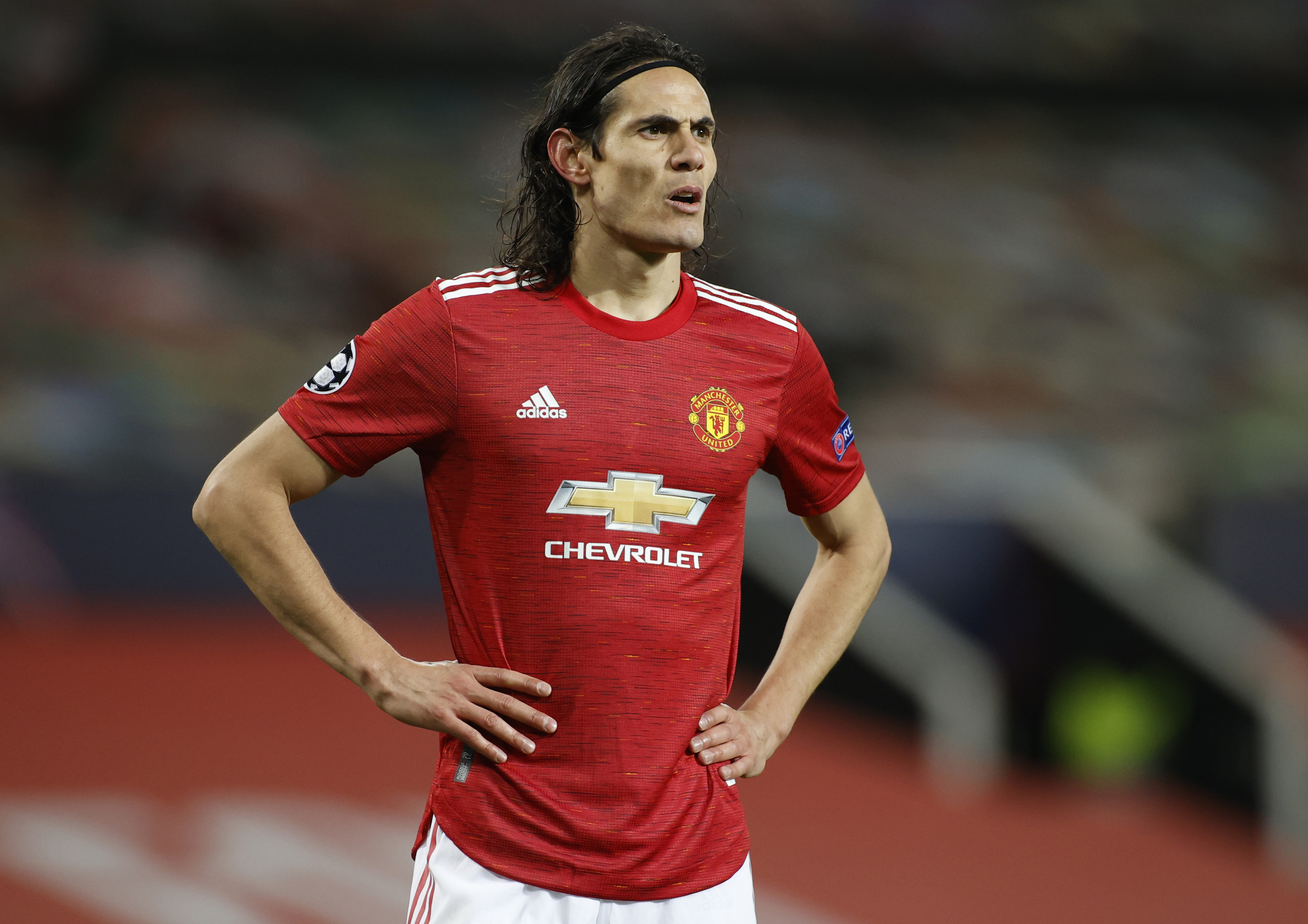 Marcus Rashford's deflected equaliser gave United hope – a draw would have been enough to put them through.

But Marquinhos restored PSG's lead after Edinson Cavani hit the bar before Fred – who should have been sent off in the first half – was finally given his marching orders seconds later.

Was passed fit after coming off at Southampton on Sunday but beaten within six minutes by Neymar's finish.

Made a flying – albeit comfortable – stop to deny Alessandro Florenzi a few minutes later to keep the game alive.

But his stop to get down and deny Mitchel Bakker was absolutely critical, touching it past the post… only for PSG to score from the corner.

Lost Neymar at the back post from a wicked cross but got away with it as the Brazilian could not get on the end of it.

Not known for his attack prowess but got the assist when he raced on to the ball parried by Keylor Navas and squared for Rashford.

Was the slowest man to get out from the corner as Marquinhos put PSG back in front but denied a certain goal by tracking Kylian Mbappe all the way on a counter.

Unfortunate to see the ball deflect off him for the early goal as he made the block.

Did well to shield his own area, regularly ushering Neymar and Mbappe away from danger.

Considering he was up against the two most expensive footballers of all time, was surprisingly quiet for most of the game and had chances to carry the ball into midfield.

It was his header with ten minutes to go from a long free-kick that almost turned into an assist for Paul Pogba.

Then was involved again to pop the ball across for Bruno Fernandes but the Portuguese star's header was easily saved.

But beaten all ends up by the brilliance of Neymar in the PSG third in injury time.

Caught ball-watching as it looped off Lindelof's heel and Neymar sneaked in to volley home.

A few neat touches and spins but overall a quiet night for the Brazilian left-back.

Despite some strong performances alongside Fred in recent weeks, was anonymous as Kylian Mbappe skipped past him in the build-up to the first goal.

But the Scotland international did not shy away from the challenge as he got Neymar rattled on the stroke of half-time with a series of niggling fouls then kept the bickering going all the way into the tunnel.

Absolutely shocking from the Brazilian – who had been enjoying his best spell in a United shirt.

Had already escaped a card – let alone a red – when he went in for a challenge with both feet then incredibly lucky after idiotically sticking his head into Leandro Paredes just like Nicolas Pepe at Leeds – but only given a yellow after the referee checked the monitor.

Even then, he put in a late foot in another challenge and was a massive surprise to see him emerge for the second period. Tried to make amends with a speculative long-ranger but to no joy.

At the third time of asking, finally got his second yellow and was sent off seconds after the PSG second goal… but replays show he won the ball in the tackle with ex-Red Devil Ander Herrera. Harsh – but should have been off long ago. 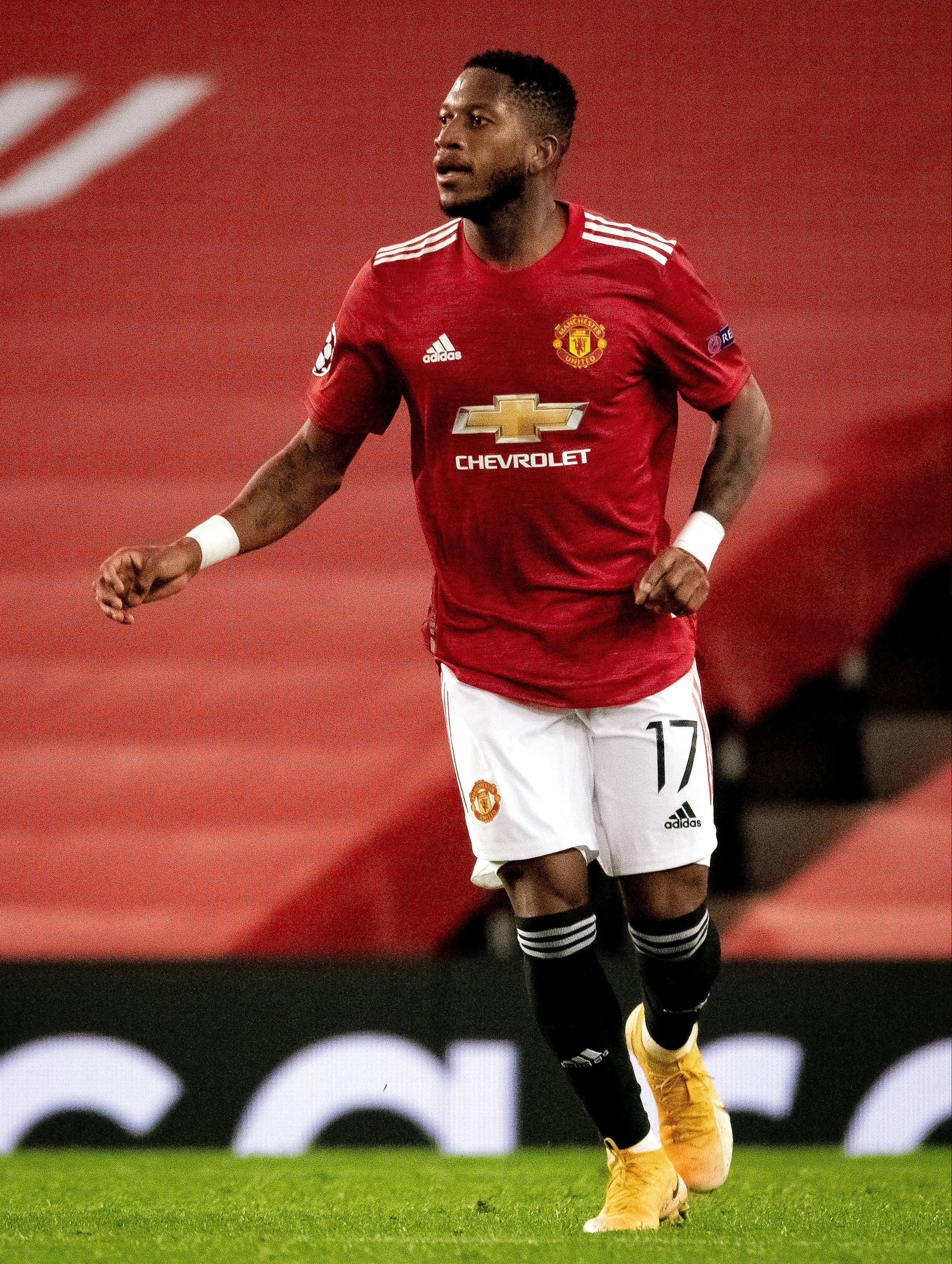 Arguably could have done better when he ran wide before losing possession before the PSG opener but got his side level via a heavy deflection off Danilo Pereira.

Should have added an assist when he laid it on a plate for Anthony Martial who squandered his golden chance.

Trudged off with 73 minutes played clutching his shoulder.

Not at his influential best we have become used to since January – but could easily have had an assist or two.

Just before the break, the ball dropped for him in the area but he opted against shooting and then fluffed his pass to Cavani.

Then he teed up Martial with a deft touch after Cavani struck the crossbar in selfless fashion – a counter attack he helped start with a naughty dummy.

Back from illness but somehow was not back in the goals on the 50-minute mark as he simply could not keep the ball down from close range. In fact, he ballooned it over. Had to score.

Minutes later had another glorious chance and this time kept it low and hard, only for Marquinhos to come flying across and make a stunning block.

Up against the team he scored 200 goals in 301 games for – making him PSG's all-time record scorer – but showed he still has bags to offer. This guy is class.

Lovely link-up play with Rashford early in the second half ahead of the Martial miss.

So, so, so unlucky not to make it 2-1 with his exquisite chip bouncing back off the bar before Marquinhos denied Martial.

Brought on after the Fred red card to partner McTominay for the final stages – he, or one of the other central midfielders, should have been on at the break, though.

Fantastic volley whistled just over the bar – would have been some equaliser from the edge of the D.

A few nice touches in and around the box as he looked to unpick the PSG defence and grab an equaliser.

Unlucky to catch Herrera to break up an attack.

With Rashford, Martial and Cavani all off, left to Mason Greenwood to lead the line for the closing stages but didn't get a sniff.

Replaced the right-back in an attacking change for his Champions League debut for United.

12/02/2020 Sport Comments Off on Man Utd ratings: Cavani proves his class against former club but Fred sent off after escaping headbutt red card vs PSG
Recent Posts
We and our partners use cookies on this site to improve our service, perform analytics, personalize advertising, measure advertising performance, and remember website preferences.Ok