That is their lowest tally in a Champions League match for 138 matches – or SEVENTEEN years. 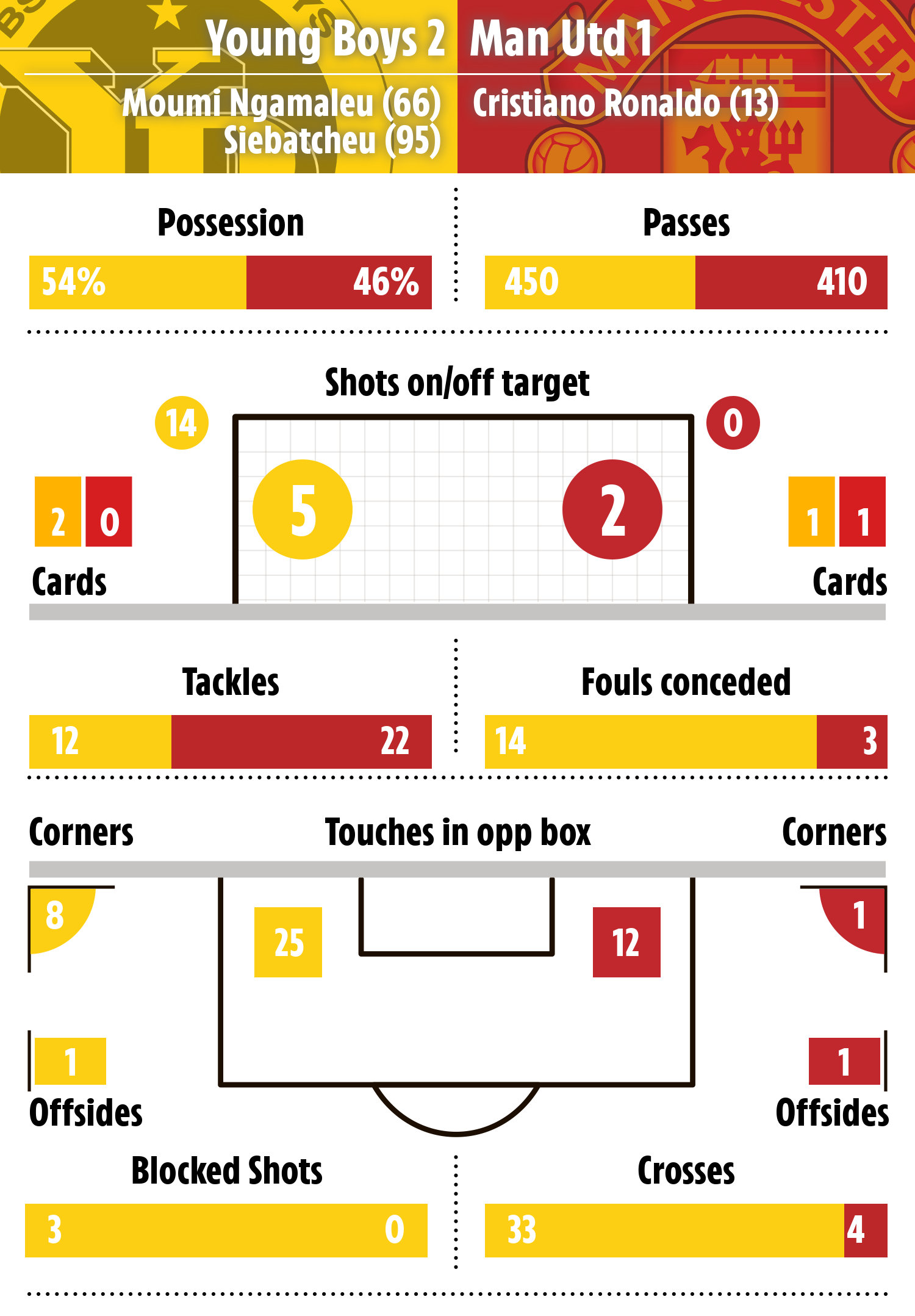 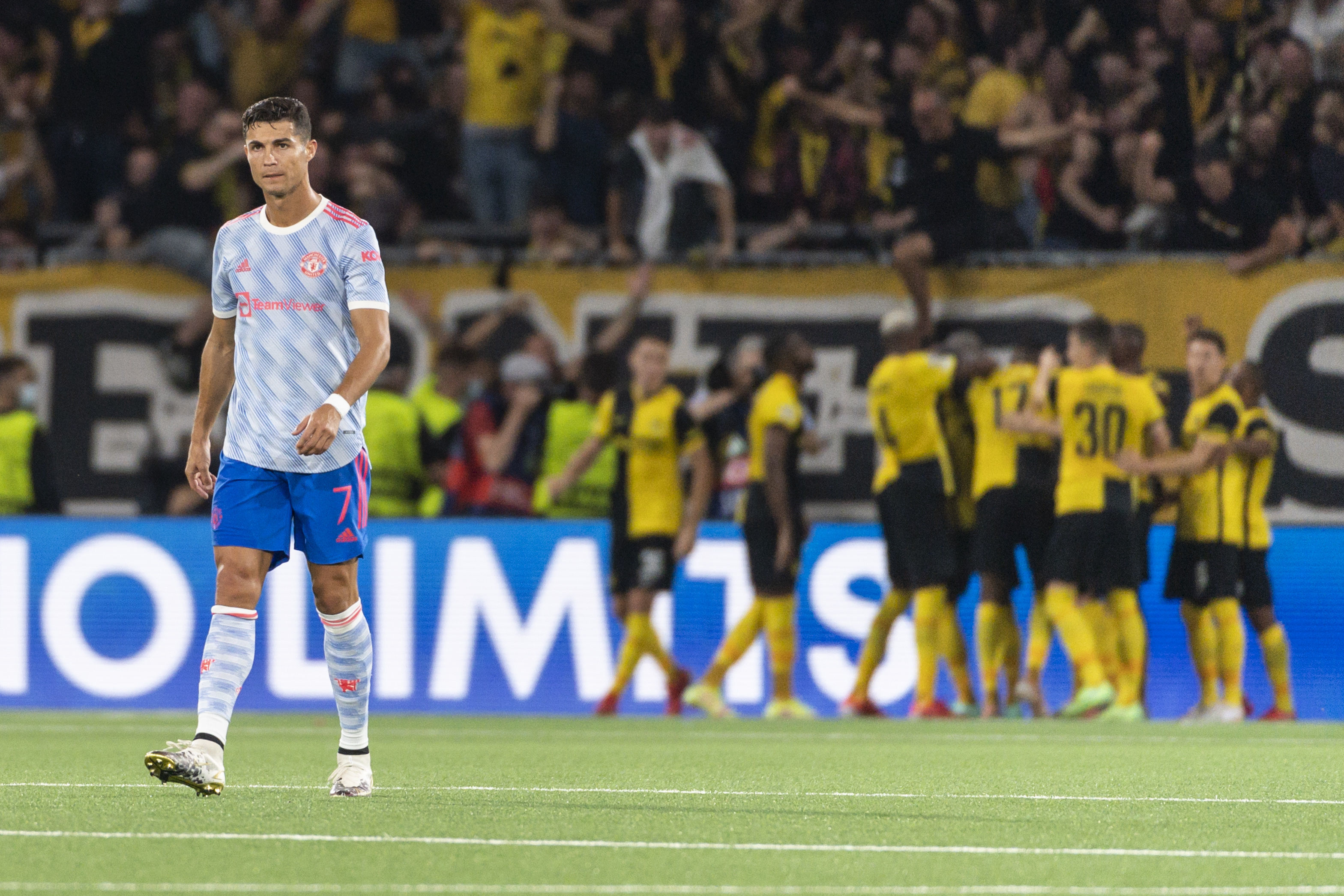 The last time they were so shy in front of goal was way back in the 2003-04 season, Cristiano Ronaldo's first with the Red Devils.

Ronaldo, unsurprisingly, was responsible for both of the efforts.

And the Portuguese superstar did score with one of them to give United the lead.

Ronaldo tucked home first time with 13 minutes on the clock in Switzerland.

Bruno Fernandes picked out his countryman with a sublime pass using the outside of his boot and Ronaldo, who had made a darting run from the right, stabbed past goalkeeper David von Ballmoos.

And 12 minutes later, Ronaldo had his and United's second – and final – shot of the match.

The visitors countered and worked the ball out to the summer signing on the left.

He got a rasping, left-footed effort which stung the palms of Von Ballmoos but the stopper parried clear.

Young Boys equalised on 66 minutes before Ole Gunnar Solskjaer sent on Jesse Lingard to play as a false No9 in place of Ronaldo.

But the sub made a calamitous error in the 95th minute, playing a blind back pass straight to Jordan Siebatcheu who tucked in to record a famous 2-1 win for the Swiss outfit.

Solskjaer's side have now lost seven of his 11 Champions League games in charge as the pressure mounts. 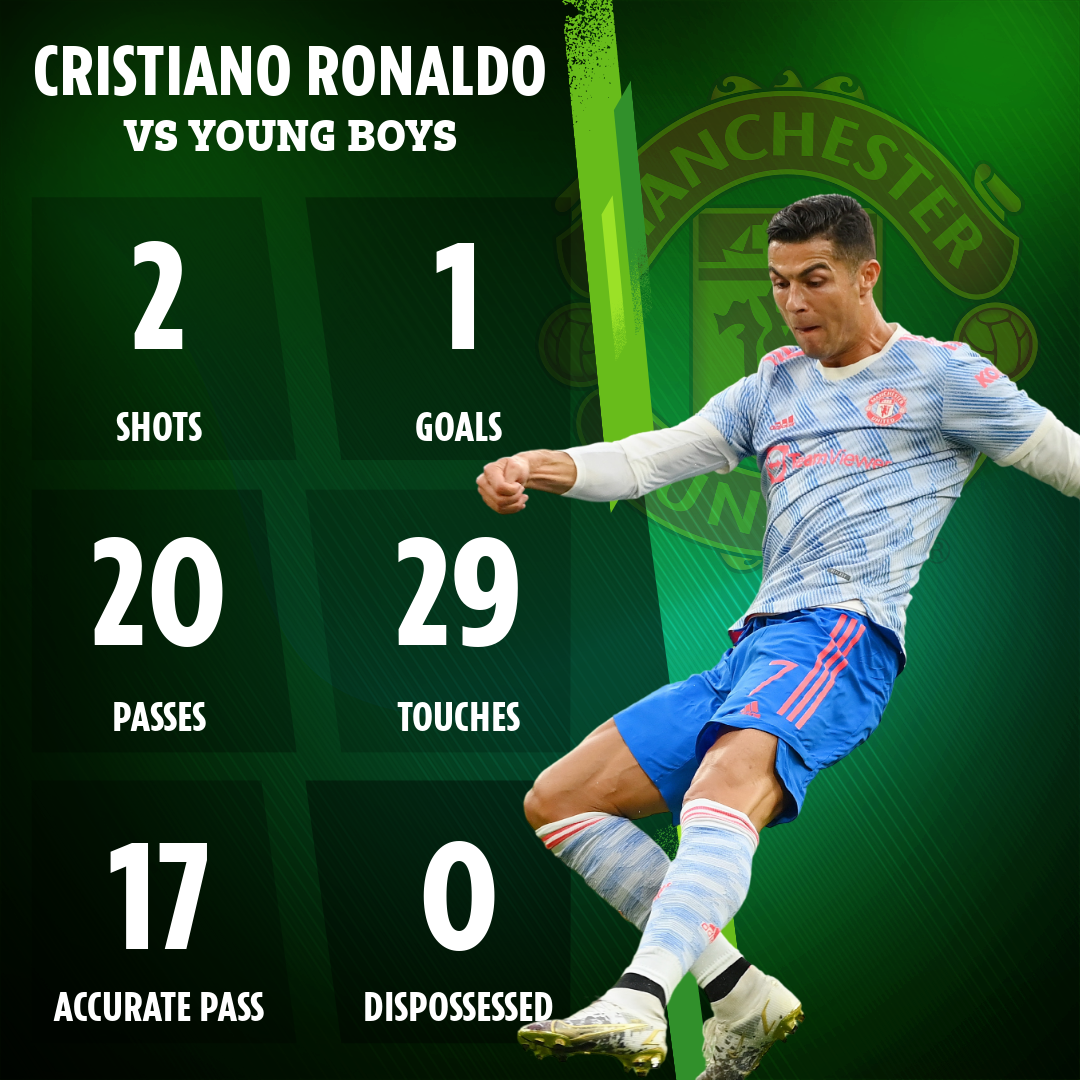 BT Sport pundit Rio Ferdinand said: "This is last year all over again. We rued mistakes then and that is a big mistake at the end from Jesse.

"He done really well at the weekend.

"But it goes to show, no matter where you go in Europe it’s tough. You have to be on your game and tuned in." 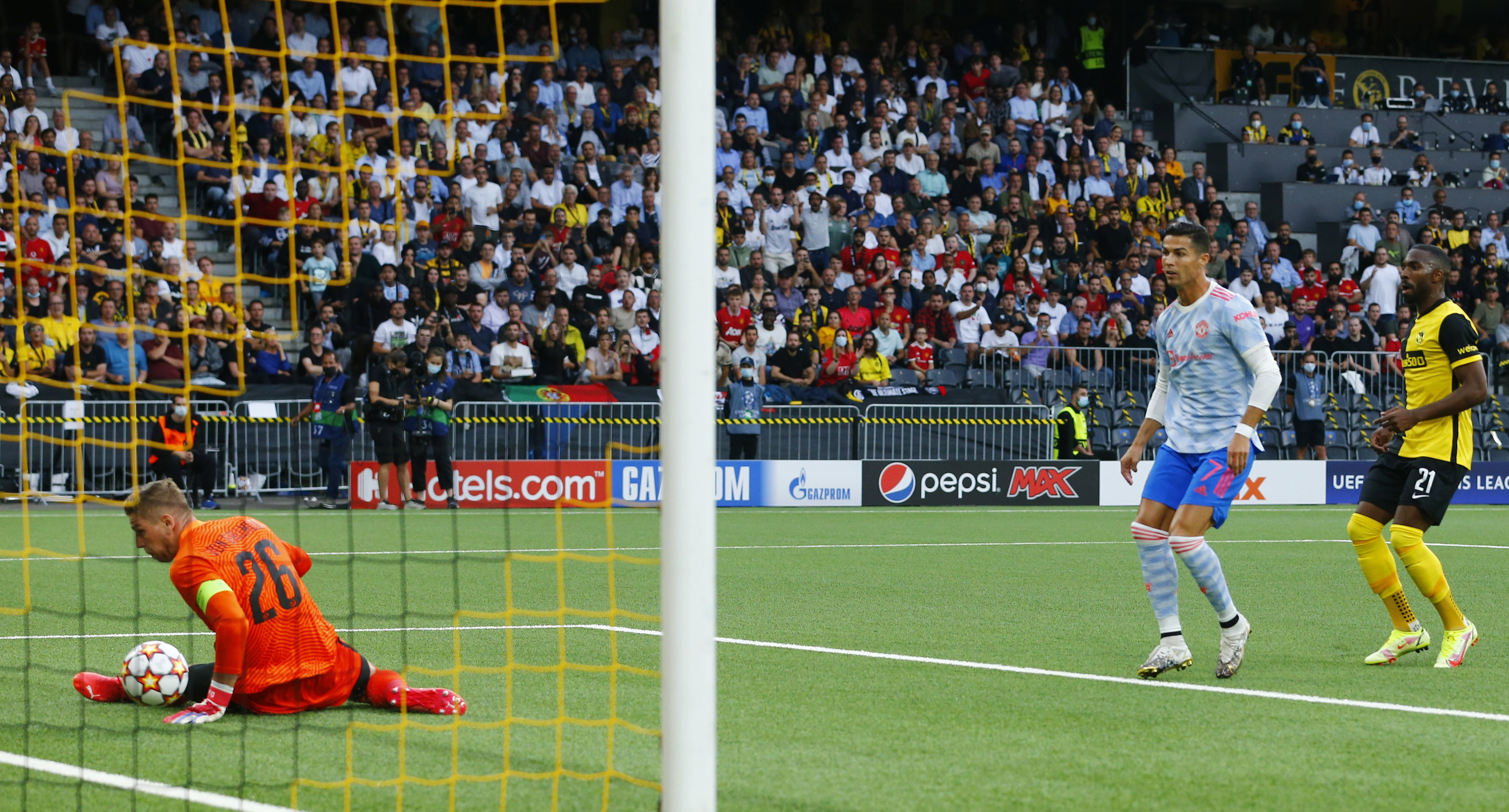 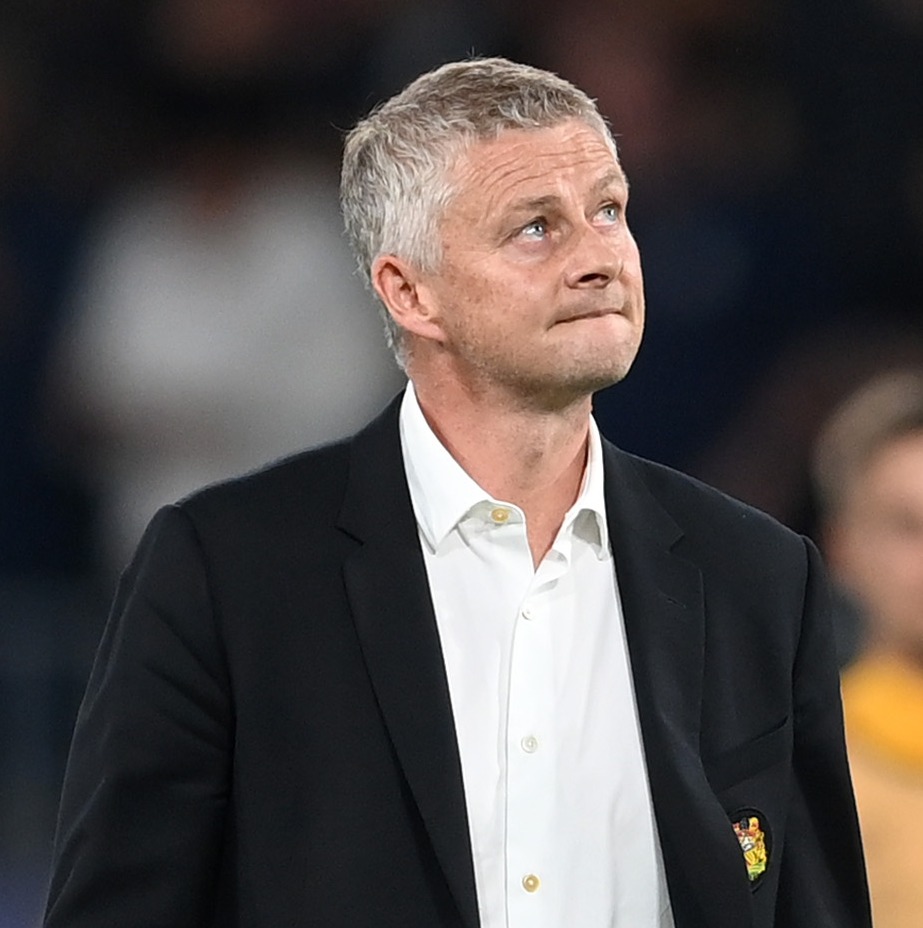