MARCUS RASHORD’S camp is reported to be ‘upset’ with comments by Ole Gunnar Solskjaer that he should ‘prioritise his football’.

The Manchester United forward made a goalscoring return from injury in the Red Devils’ 4-2 defeat by Leicester on Saturday. 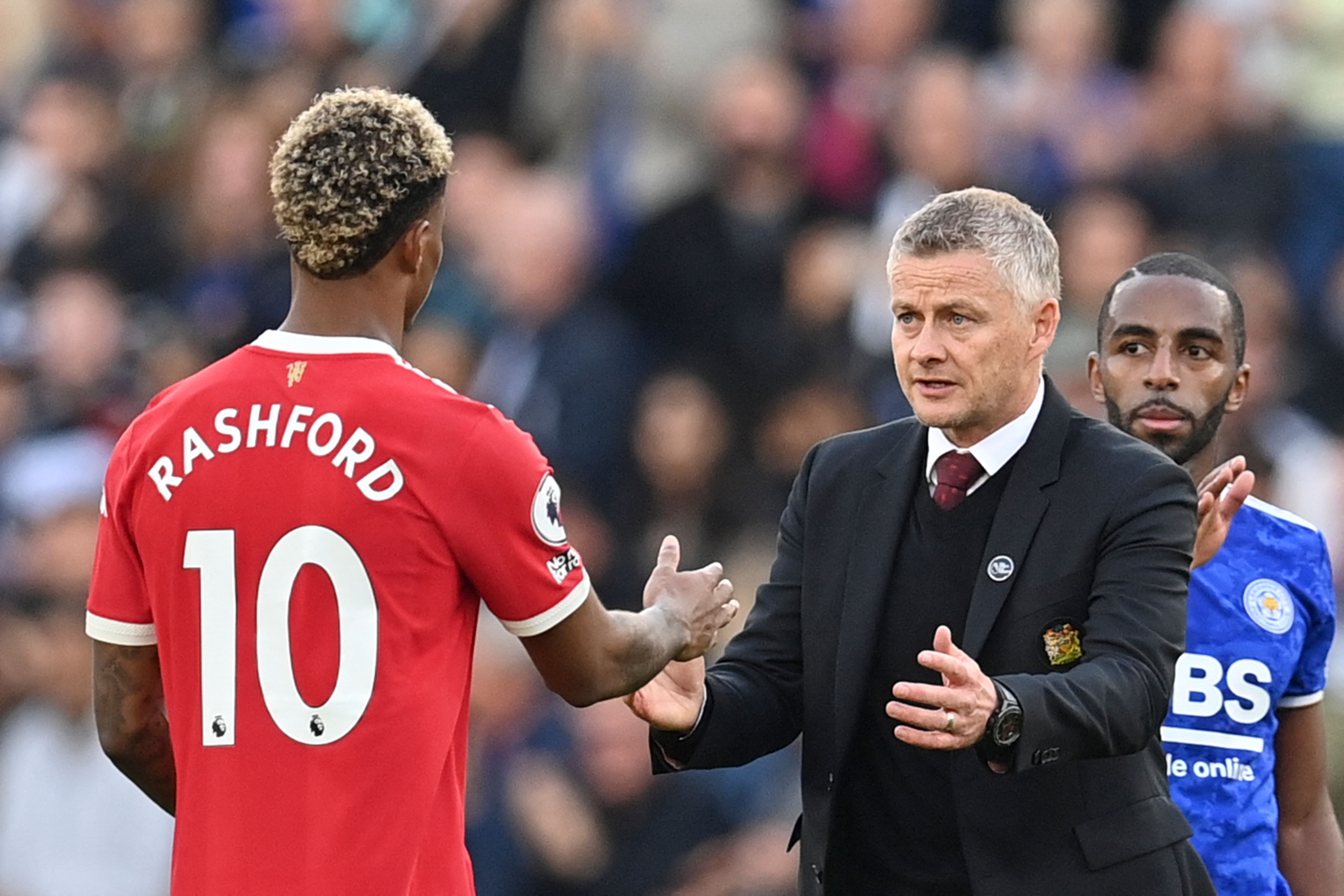 He was introduced as a second-half substitute after recovering from shoulder surgery that had kept him out of the squad so far this season.

United boss Solskjaer had used his pre-match press conference to call on the England international to focus on his on-pitch duties.

The Athletic reports those comments have irked the Rashford camp, who resent any suggestion their man is not a dedicated professional.

Rashford, 23, has made headlines away from the pitch for his campaigning work to end child poverty and improve school meals.

United officials maintain Solskjaer’s words have been taken out of context but Rashford supporters are said to be frustrated even if no harm was intended.

Solskjear said on Friday: "Marcus has done some remarkable and fantastic things. But now he maybe needs to prioritise his football.

Rashford has notched around 50 appearances per season in his five full years as a United senior player and last term netted 21 goals.

His United contract runs until the end of the 2022-23 season with an option to extend by another 12 months beyond that.