But the 35-year-old is making sure he’s not getting too revved up on only his second outing in the Epsom Classic. 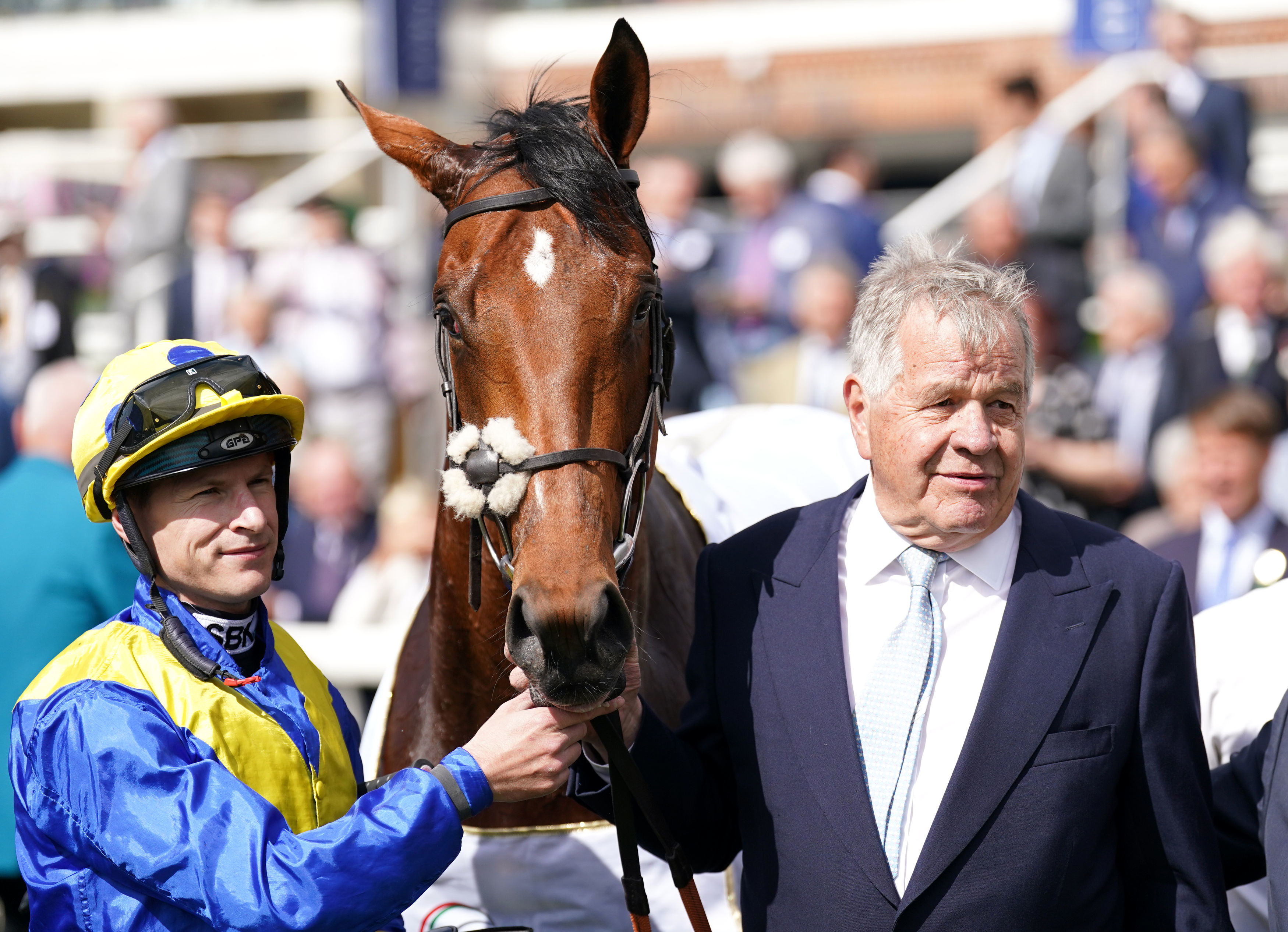 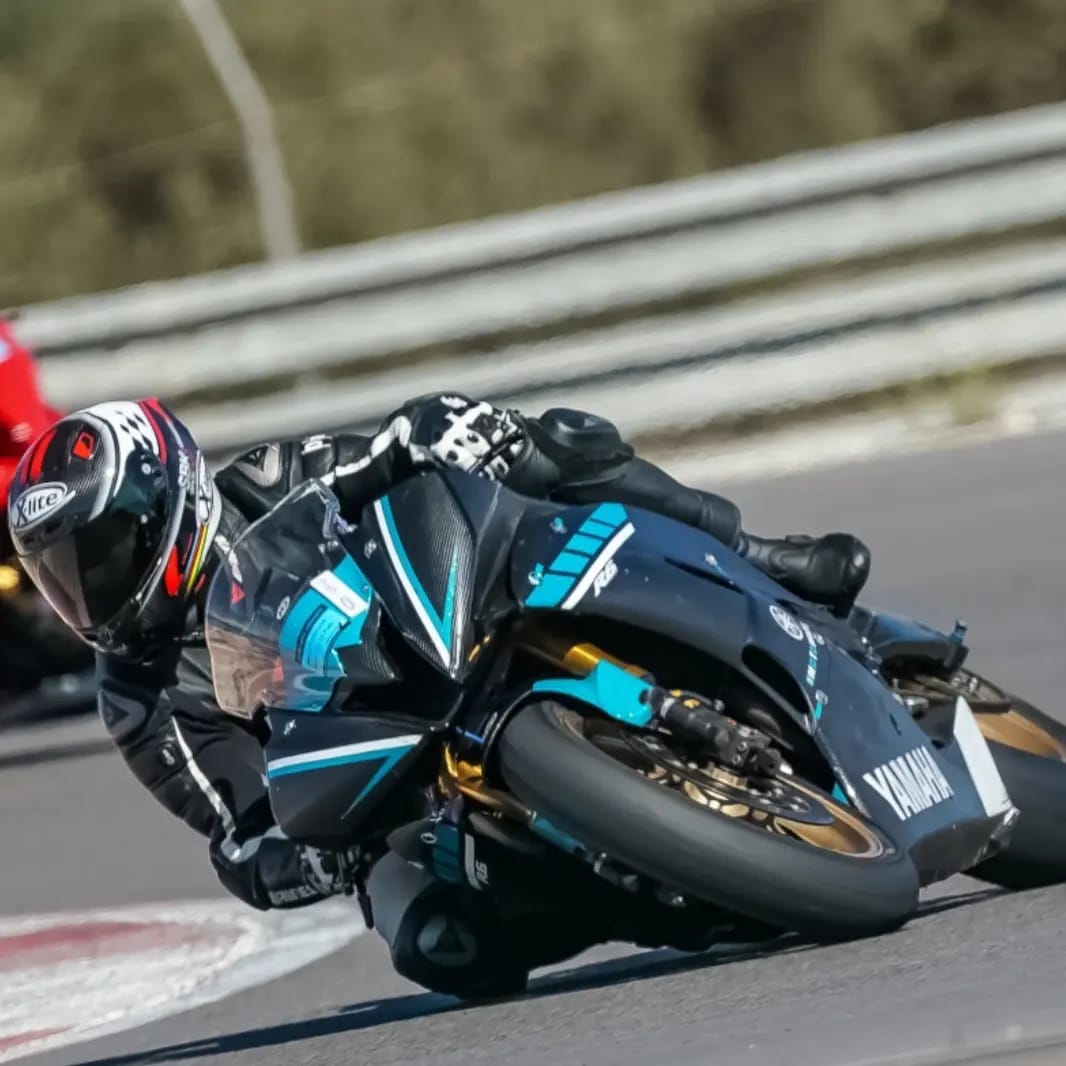 Kingscote has tasted success at Royal Ascot and in the Irish St Leger, yet a fairytale Derby victory would be top of the podium.

Formerly based up north with Tom Dascombe, Kingscote has moved to pastures new in recent seasons and his switch to Newmarket with maestro Sir Michael Stoute, 76, has paid off.

Stoute knows what it takes to keep his cool on the big stage, with five Derby wins to his name, and has stuck by Kingscote when others might not have.

“I’ve ridden in plenty of big races, but this is the most important ride of my life.” 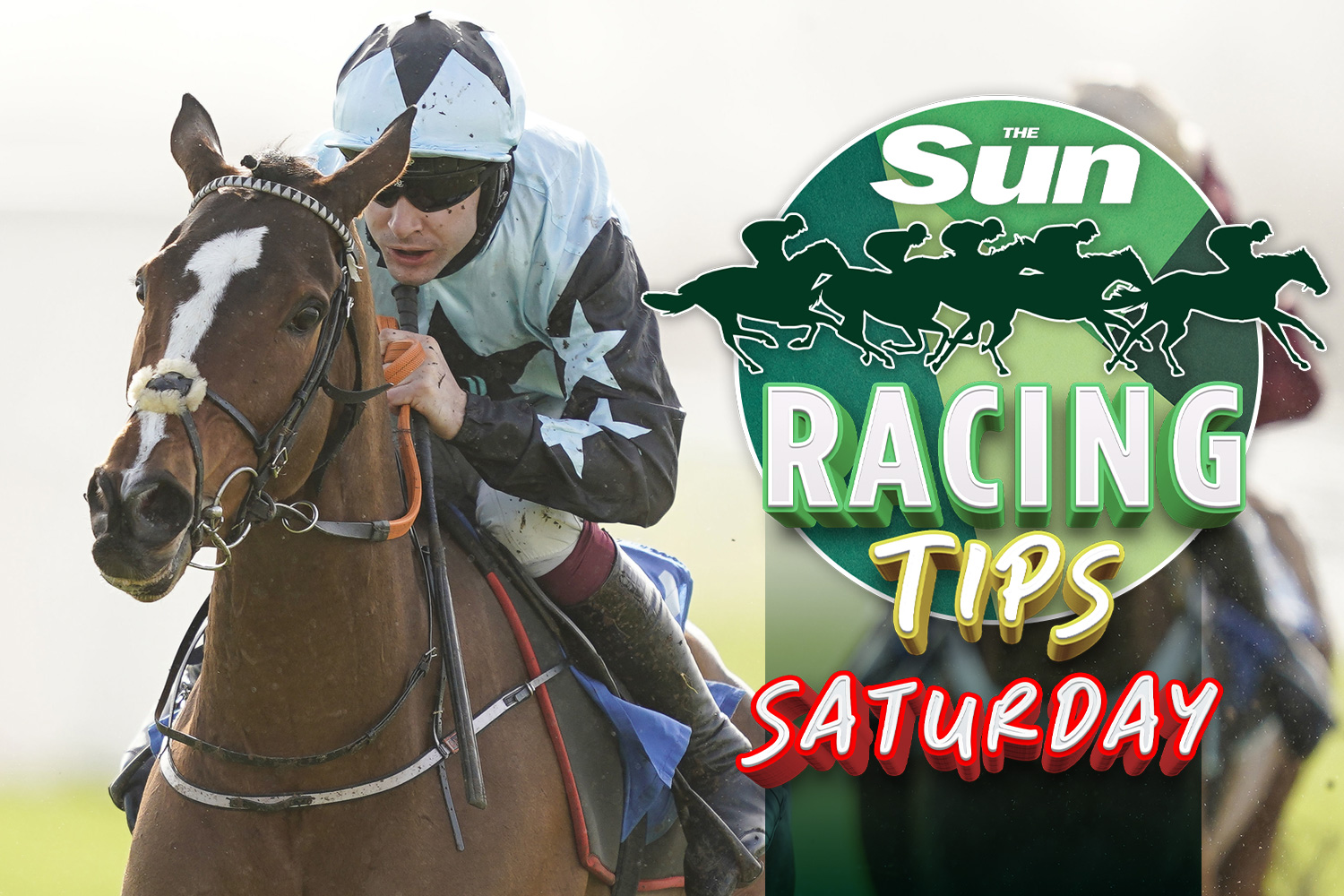 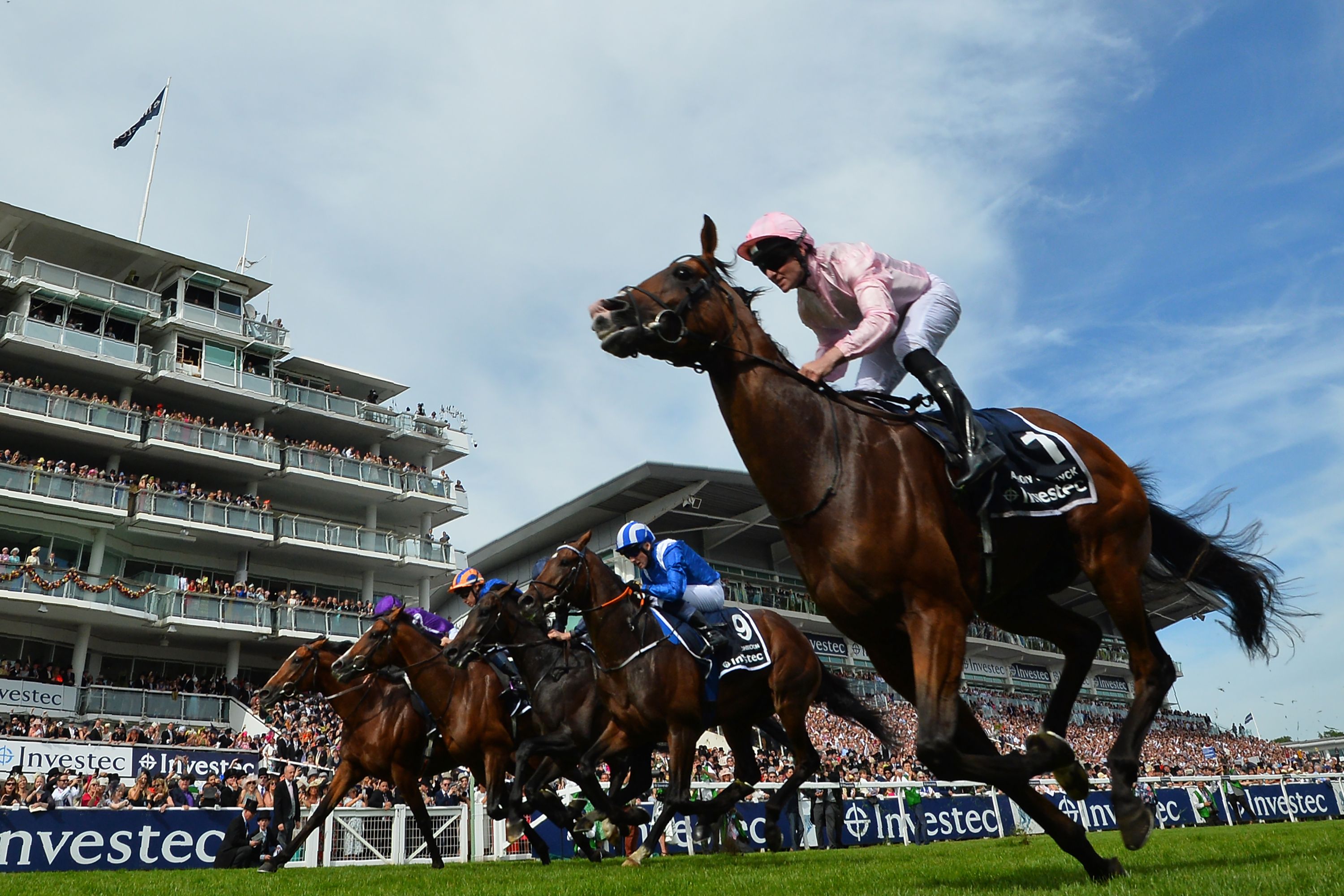 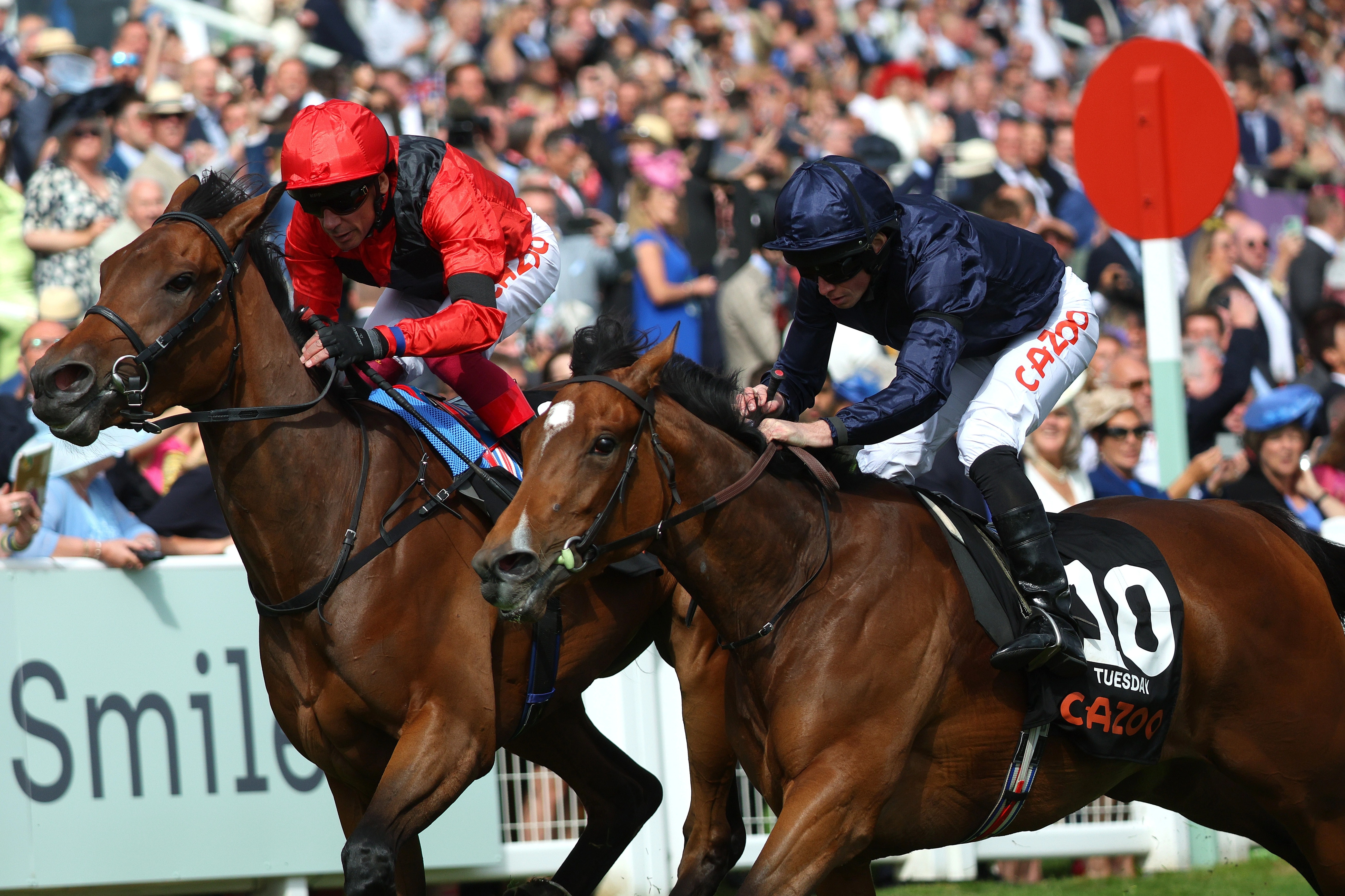 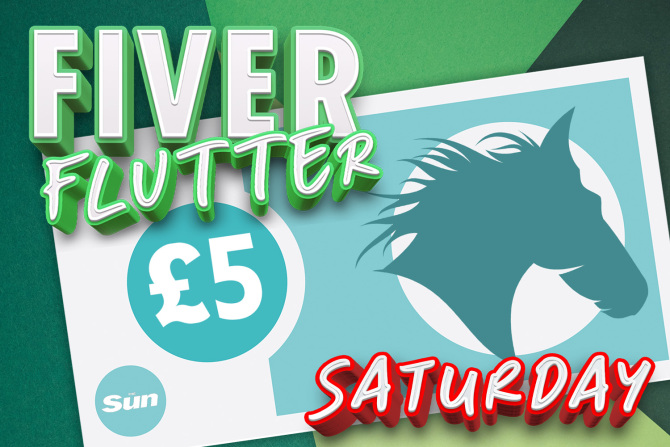 Kingscote has ridden in the Derby before when he partnered Harry Dunlop’s Knight To Behold in the 2018 renewal.

But they only beat one home, and this time around that won’t cut the mustard.

Desert Crown shot to the top of the Cazoo Derby betting when storming home to win the Dante by over three lengths at York.

The following weekend Kingscote had a track day booked on his Yamaha superbike.

It quickly hit home that losing the ride on the Derby favourite after a fall from his bike might not be his smartest call.

Kingscote, who had never watched the Derby until he became a jockey, laughed: “I actually had a track day planned two weeks ago but realised I might be best giving that a miss.

“I’m not sure telling Sir Michael I’d gotten injured on my bike in the run-up to the Derby would have gone down too well. 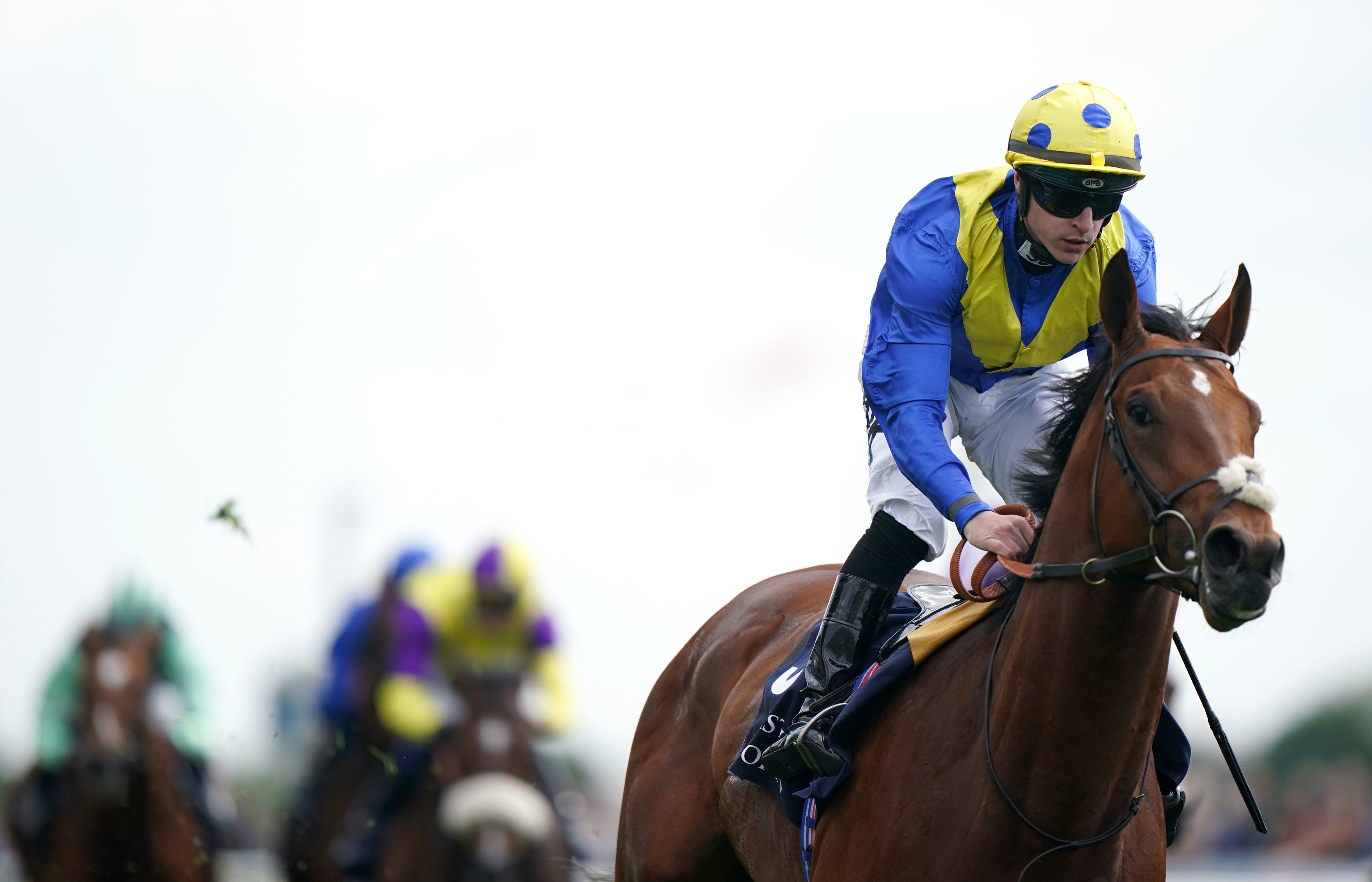 “I love my bikes but I have obligations to people in this sport and that’s what matters most.

“Maybe in four of five years I can take it a bit more seriously. I don’t have much time in the summer anyway but in the winter I go off to Spain for a few days and ride some tracks there.”

Stoute has a glint in his eye when he talks about his three-year-old and didn’t seem too surprised after his runaway Dante victory.

Kingscote said: “He was very, very impressive at York. So often you get these nice horses, but you don’t expect them to win as well as he did.

“There is pressure now, but that’s part of the job. Sir Michael is a great man to ride for, he makes it all very straightforward. He knows how to prep a horse for the Derby and that’s one of the best things I can have in my mind.

“If you’re going to be on one in the Derby, then who better to ride for? It’s a huge deal, I’d say it is pinch yourself territory – not many people get this opportunity.

Paddy Power: Bet £20 and get it back as Cash if it Loses – CLAIM HERE

Betfair – Max £/€20 refund on first bet. Bet must be placed in first 7 days of account opening. Only deposits made via Debit Card will be eligible for the promotion. T&Cs apply. 18+ BeGambleAware.Org

Paddy Power: New customers only. Place your FIRST bet on any sportsbook market and if it loses we will refund your stake in CASH. Max refund for this offer is £/€20. Only deposits made using Cards or Apple Pay will qualify for this promotion. T&Cs apply. Paddy's Rewards Club: Get a £/€10 free bet when you place 5x bets of £/€10+. T&Cs apply. 18+ Begambleaware.org

“Now the draw is out, we can make our plan. We’re in twelve, a little wide and it’s a big field, so hopefully we can find some pace and sit in.

“I think Nations Pride is the one I fear most. You have to respect what he’s done and of course any of Aidan O’Brien’s three runners can be involved.

“There are only a few you can rule out and I don’t want to knock them for running, it is what it is and they’re entitled to run. My day job is to get past horses like this so there aren’t any excuses on that front.”

Kingscote will be cheered on at Epsom by his wife Ashleigh, two kids and his old man at Epsom.

Those closest to him will know all about his tattoos. The rider is covered from head to toe in ink.

But even if Desert Crown provides him with a famous Epsom win, he doubts he’ll be adding to the collection anytime soon. 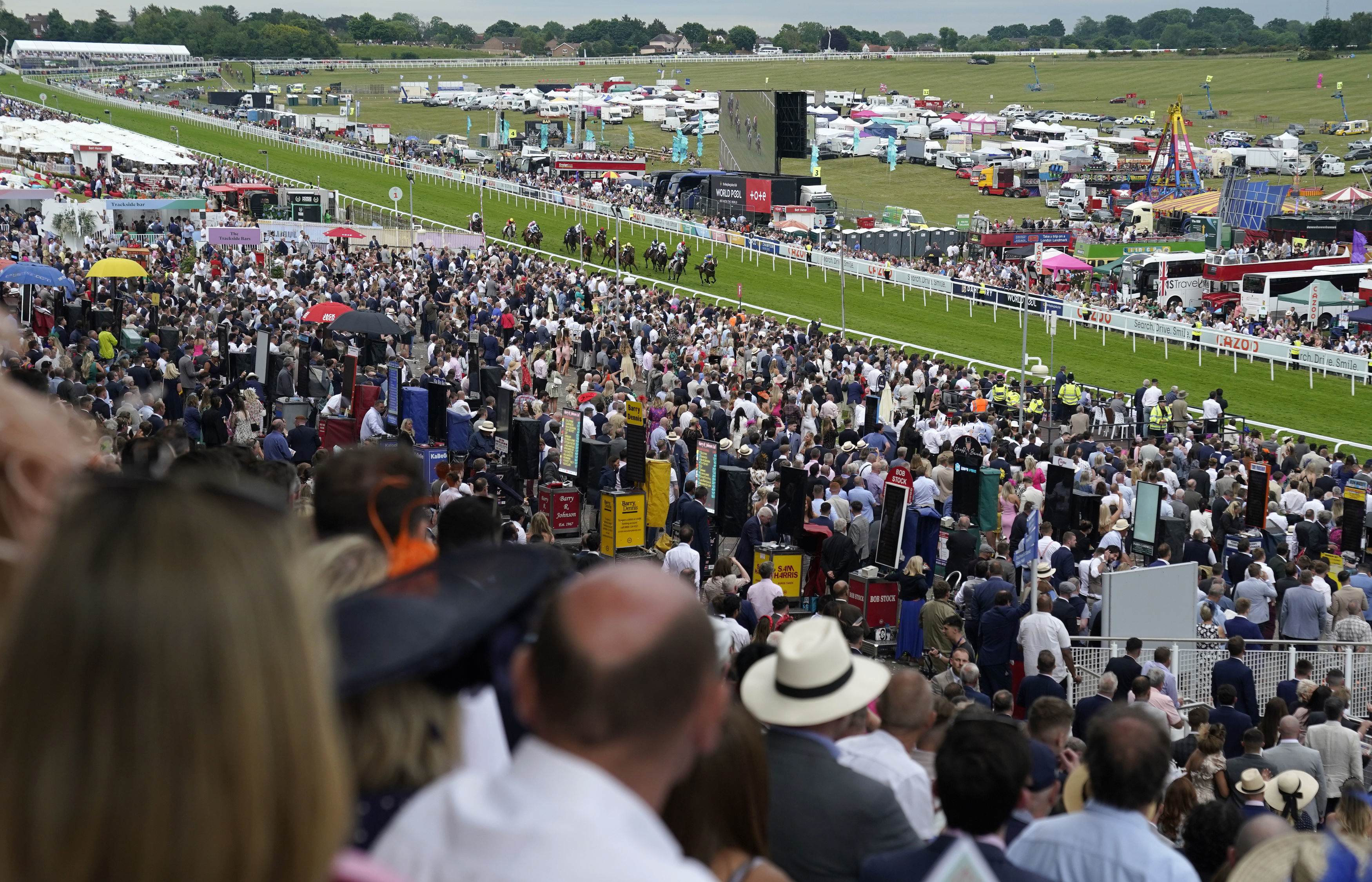 “I’m past that stage I think. I don’t regret them but I’m an adult now, I haven’t had a new one for about ten years. It was all a bit of a stage!”

This year’s Cazoo Derby, part of the QIPCO British Champions Series, will be run in memory of Lester Piggott who died last weekend aged 86.

No other rider has more Derby wins to their name with nine, but then again no other jockey was as good at getting on the horse in the Derby they wanted. Even if that meant upsetting one of his weighing room pals.

Kingscote had a few nervous days wondering if he’d keep the ride on Desert Crown, but after the Dante he knew Stoute had his back.

He said: “I’m very lucky to be in the job I am. I made the call a couple of seasons back to make a move and I’m pleased it’s gone so well.

“The way things work with Sir Michael, is that he’s under no obligation to use me. If Ryan Moore wasn’t needed by Coolmore then he would be riding Desert Crown.

“Thankfully Frankie found another horse quite quickly as he’s the one you have to watch out for!

“But after the Dante, Sir Michael said it was my ride from there and the owner Saeed Suhail had no problem. Sir Michael is a loyal man as long as you’re doing your job.”

Kingscote’s job this afternoon is to steer Desert Crown past the chequered flag in front and he’ll be going full throttle to do just that.