MICHAEL VAN GERWEN can book his Eurotunnel ticket home after his WORST ever performance at Ally Pally against an inspired Dave Chisnall.

The world No 1 will be on the road home tomorrow morning after being humiliated 5-0 in the quarter-finals of the William Hill PDC World Darts Championship. 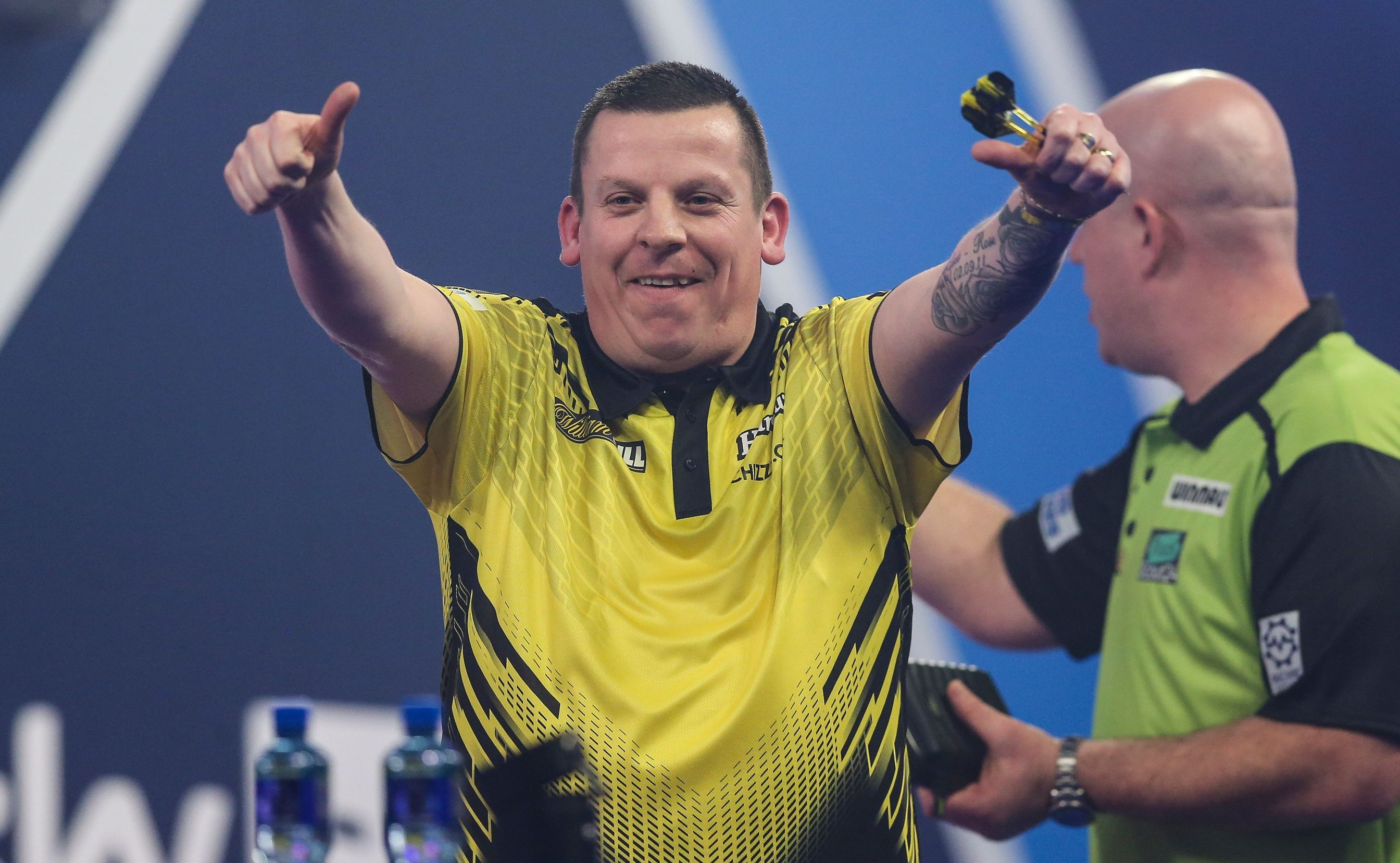 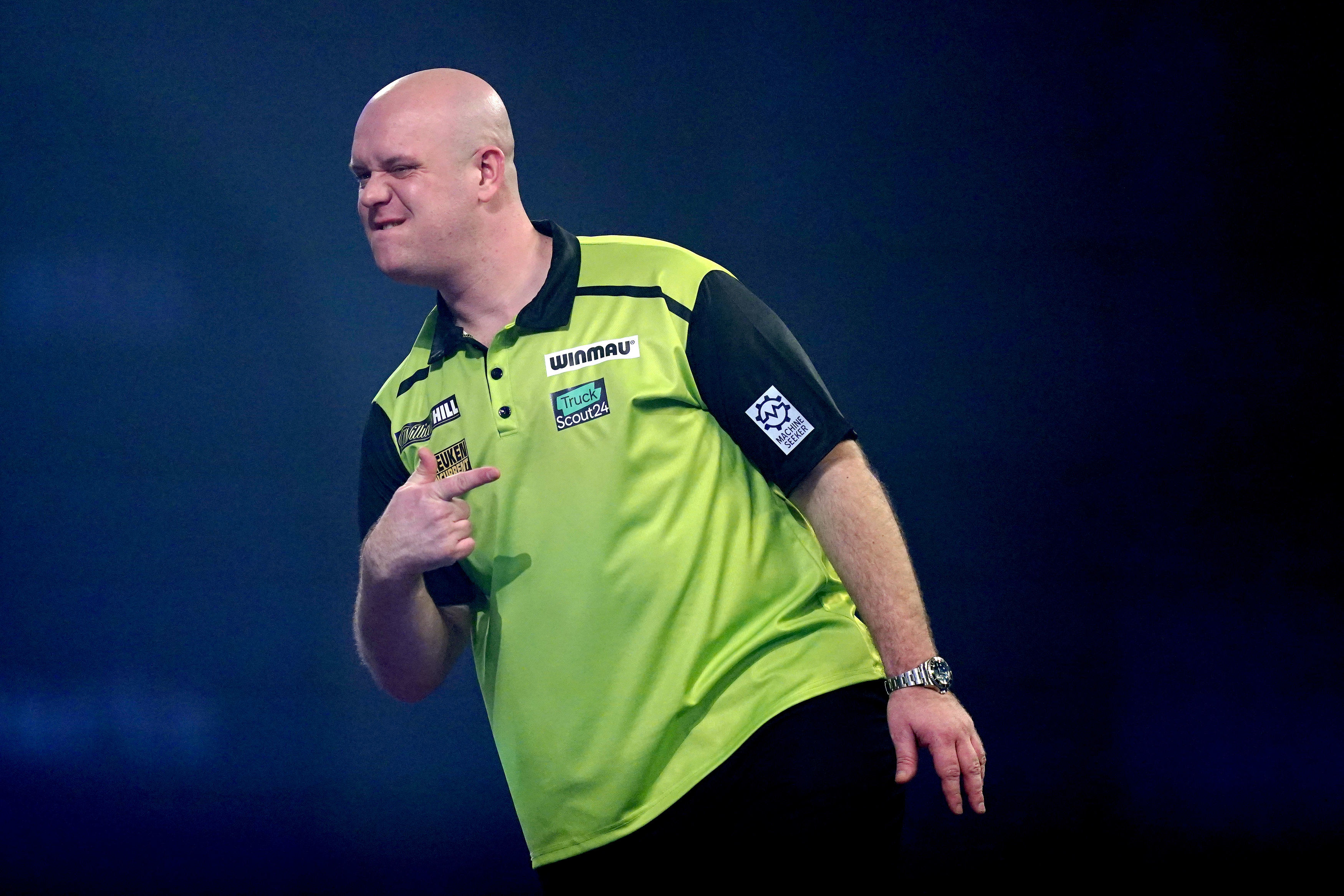 You have to consult the history books to find the last time he was humbled, well embarrassed in such a manner.

It is the first time since losing 4-0 as a teenager to Phil Taylor back in December 2008 that he had failed to win at least one set at this level.

The Dutchman, the bookies’ favourite to win a fourth Sid Waddell trophy on Sunday, was outclassed and outgunned by unheralded Chizzy.

For the St Helens thrower, it is his best result at this level since a famous giant-killing act against Taylor nine years ago but this triumph banks him a £100,000 pay cheque.

It also grants him the chance against Gary Anderson on Saturday evening to qualify for a first world final since his appearance in the Lakeside showpiece 10 years ago.

It’s fair to say Chizzy had a good kip on New Year’s Eve because he was peppering the treble 20 bed for fun in the opening two sets as he moved 2-0 ahead.

In comparison Van Gerwen had only hit ONE maximum in the first nine legs.

The 40-year-old hit all three of his doubles in the first set, knocking out an extraordinary 112 average and taking out a brilliant 141. 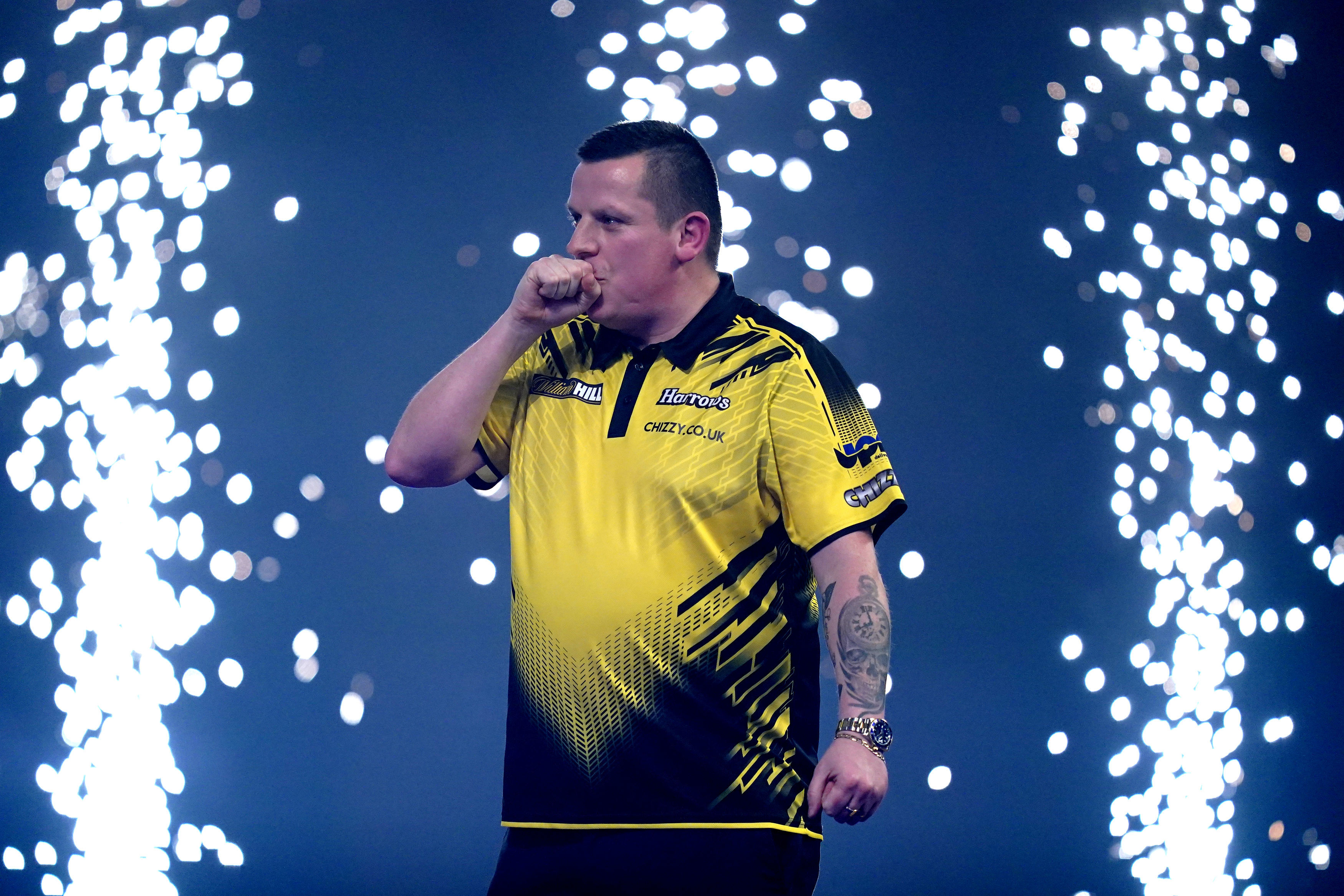 Van Gerwen quickly realised that like the Joe Cullen Last 16 tussle, he was in a real fight here.

Whatever he did was best matched and bettered by the relentless Chisnall, who raced into a 4-0 lead, and also came within millimetres of a nine-darter.

There was no let-up from Chisnall, taking out 130 on a Bullseye finish and then clinching the match on double 20.

It might have been the first day of the New Year but already we have had one almighty shock.

Chisnall said: “I am so proud. I have practised and played well for the last 3-4 weeks.

“I put the effort in, changed my points to a little bit smaller. They were flicking and coming out of the board before. I have worked on it.

“When I woke up I was confident again, sitting in my hotel room watching the TV. I came down and said to my manager Roger: ‘He will have to play well to beat me, I am throwing well.’

“To be fair I have been under the radar for the last two years.

“What I did well last year was defend what I needed to and remained in the top 10.

“I was terrible at the Grand Slam of Darts. The darts were flicking, and I couldn’t get that out of my head for a long time.

“I want this, I want it more than anybody else. I know my own ability, I am playing well and I can win this.

“He didn’t play at his best. My first dart was going all the time. He struggled. I was banging in the 140s, 180s consistently.

“If I play like that tonight, and Gary does, too, it will be one hell of a game, lots of 180s, and that is what fans want.

“I will have a few tinnies tonight and then go to bed at 12am.

“I have all day to relax. The bad thing there is no darts tomorrow afternoon so I will have to watch the racing instead.” 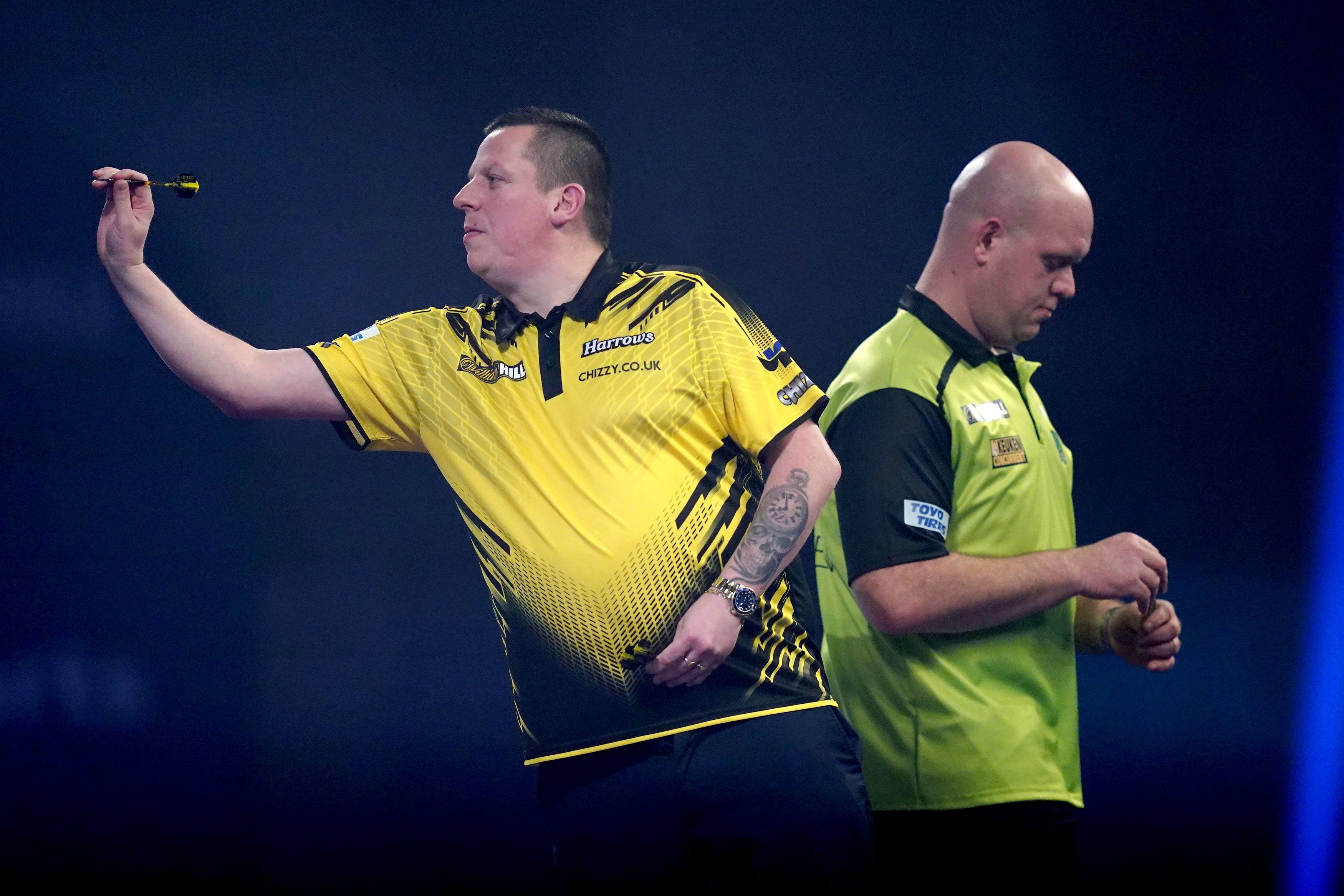 01/01/2021 Sport Comments Off on Michael van Gerwen smashed 5-0 by Dave Chisnall as World No1 crashes OUT of World Darts Championship
Recent Posts
We and our partners use cookies on this site to improve our service, perform analytics, personalize advertising, measure advertising performance, and remember website preferences.Ok