MIKE TYSON 'had to be taught how to throw punch' in the film Hangover, says director Todd Phillips.

Iron Mike made his movie debut in the second of the trilogy of films starring Bradley Cooper back in 2011.

For a key scene he had to dramatically throw a punch – and needed advice from Phillips.

The Baddest Man on the Planet just could not get the dynamics of a 'proper movie punch' right.

Previously, Tyson has admitted that he was high on cocaine while his movie scenes for The Hangover Part II were shot.

Iron Mike, who has relaunched his boxing career at 54, will fight Roy Jones Jr on November 28.

Speaking to James Corden on his US chat show, Phillips said Tyson kept getting it wrong as they tried to shoot scenes.

Phillips said: “There’s a particular way to throw a punch in a movie.

"He kept kind of doing it wrong for camera, in fact, he was sort of pulling it back too far. 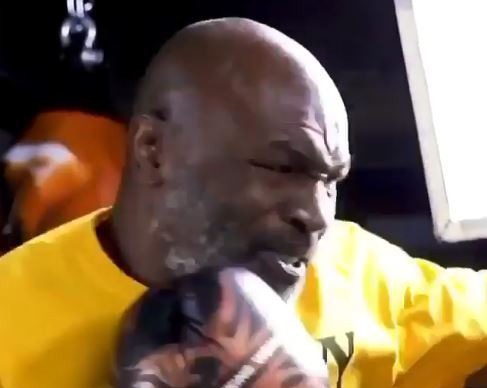 "I’m sort of showing him how to throw a punch, and without missing a beat, he goes ‘Oh this is great, I’m getting boxing lessons from the captain of the Jewish debating team.’”

Tyson eventually mastered the “movie punch” and gave viewers one of the most memorable moments from The Hangover Part II, when he knocked out Zach Galifianakis in a hotel.

The boxer has lost an astonishing SIX STONE as he reignites his career in the ring.

Tyson has revealed video footage as he looks in terrific shape for someone just over five years off of hitting 60.

It is the latest in a rollercoaster ride oflife for the former undisputed heavyweight champion of the world.

He was the youngest person ever to win the heavyweight world title, when he took the crown in 1986.

But he was jailed in 1992 for raping a beauty queen.

Tyson bit part of opponent Evander Holyfield's ear off in the ring in 1997.

He then launched his own cannabis farm in 2016.

He is believed to earn £500,000 a month from selling cannabis at his ranch.

At the height of his personal meltdown he admitted to regularly bingeing on cocaine and alcohol, as his weight ballooned in 2011.

But he now looks in stunning shape as he gears up for his next adventure.