Confusion reigned supreme in the late innings of last month's clash between the Dodgers and Tampa Bay Rays. 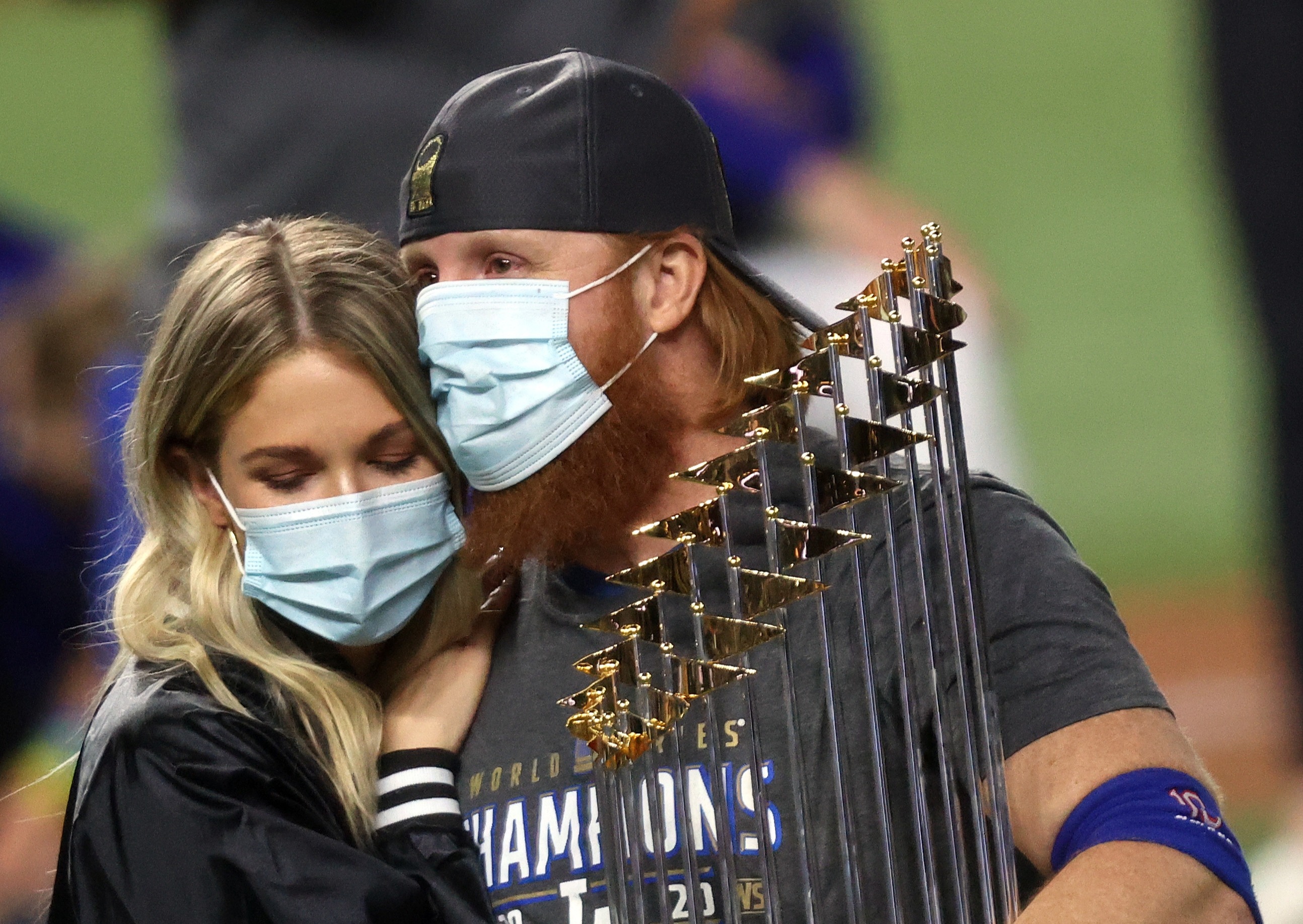 A positive result was returned while Turner fielded at third-base during the eighth inning, causing him to be substituted out of the game.

The 35-year-old watched the rest of Game Six from the doctor's office of Globe Life Field, where the series was played out on neutral ground and with few fans allowed to attend due to the pandemic.

However, viewers were shocked to see Turner allowed out to celebrate the Dodgers' victory.

Pictures emerged of the California native posing with the trophy while not wearing a face mask.

Yet, on Friday night, it was confirmed that the player had escaped punishment.

A statement from Manfred's office read: "Mr. Turner’s teammates actively encouraged him to leave the isolation room and return to the field for a photograph.

"Many teammates felt they had already been exposed to Mr. Turner and were prepared to tolerate the additional risk.

I am closing this matter by applauding Justin for accepting responsibility and apologising.

"Second, Mr. Turner believes that he received permission from at least one Dodgers employee to return to the field to participate in a photograph.

"Although Mr. Turner’s belief may have been the product of a miscommunication, at least two Dodgers employees said nothing to Mr. Turner as he made his way to the field, which they admitted may have created the impression that his conduct was acceptable.

"Third, during the somewhat chaotic situation on the field, Mr. Turner was incorrectly told by an unidentified person that other players had tested positive creating the impression in Mr. Turner’s mind that he was being singled out for isolation. 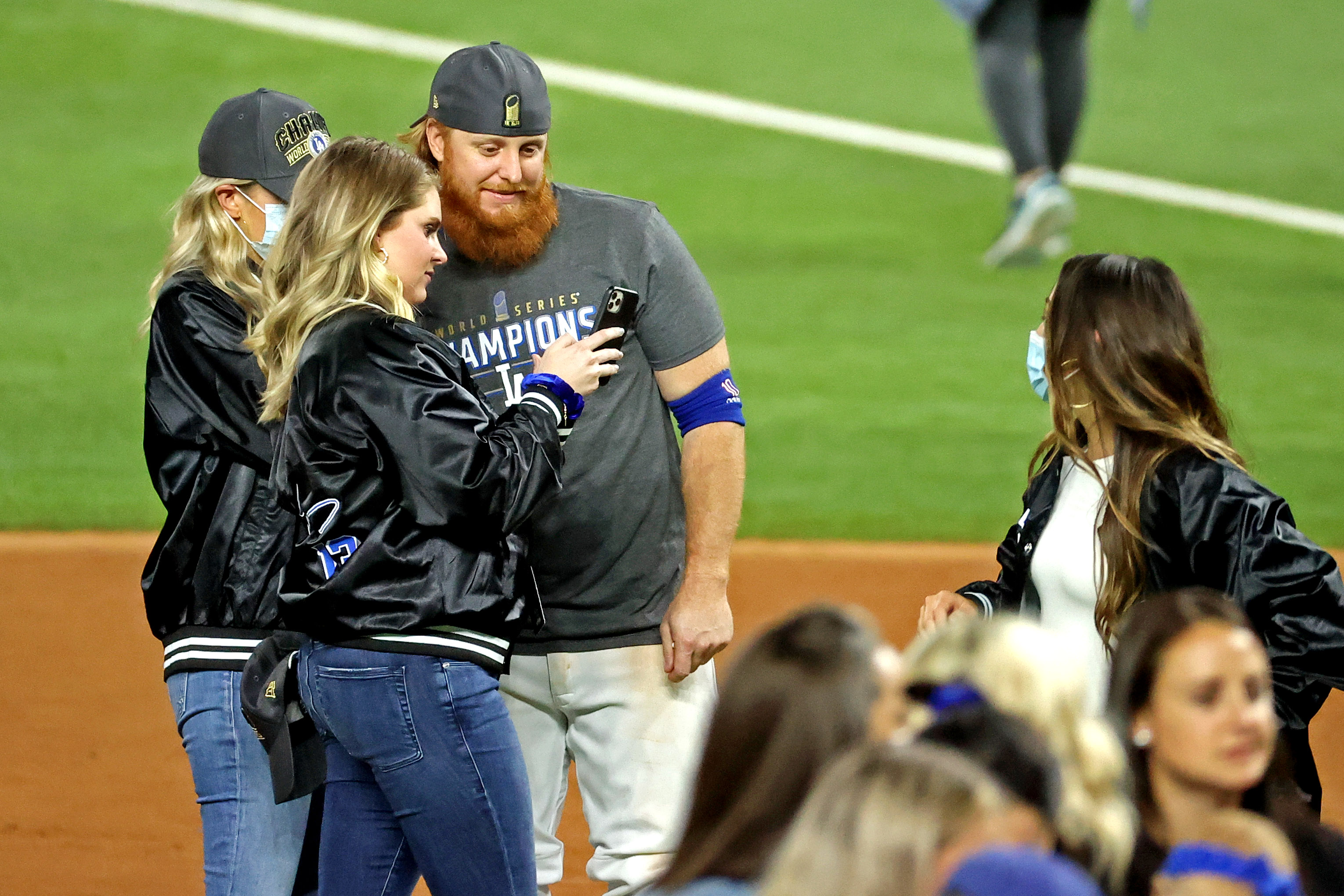 "With this in mind, I am closing this matter by applauding Justin for accepting responsibility, apologizing and making a commitment to set a positive example going forward."

Turner has since been released by the Dodgers ahead of the 2021 season, although that decision is not thought to be related to his coronavirus breach.

In a statement released by Turner, he apologised for his actions and asserted his belief that he was allowed to enter the field despite his positive test.

He wrote: "I asked whether I was permitted to return to the field with my wife in order to take a photograph.

"I assumed by that point that few people were left on the field. I was under the impression that team officials did not object to my returning to the field for a picture with my wife.

"However, what was intended to be a photo capturing the two of us turned into several greetings and photos where I briefly and unwisely removed my mask.

"In hindsight, I should have waited until the field was clear of others to take that photo with my wife.

"I sincerely apologize to everyone on the field for failing to appreciate the risks of returning to the field."

11/08/2020 Sport Comments Off on MLB will NOT punish Dodgers star Justin Turner for celebrating World Series win with team despite positive Covid test
Recent Posts
We and our partners use cookies on this site to improve our service, perform analytics, personalize advertising, measure advertising performance, and remember website preferences.Ok