MOHAMED SALAH looked fuming at being substituted in Liverpool's 1-1 draw with Brighton.

The Egyptian forward stormed past manager Jurgen Klopp after being replaced by Sadio Mane in the 64th minute before sulking on the bench. 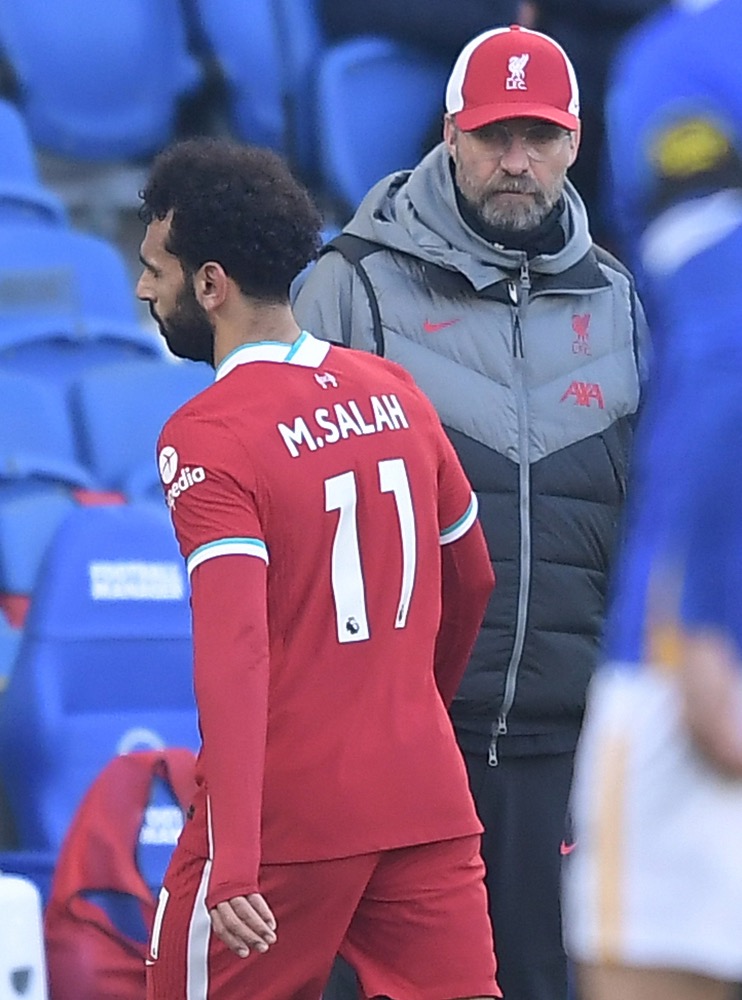 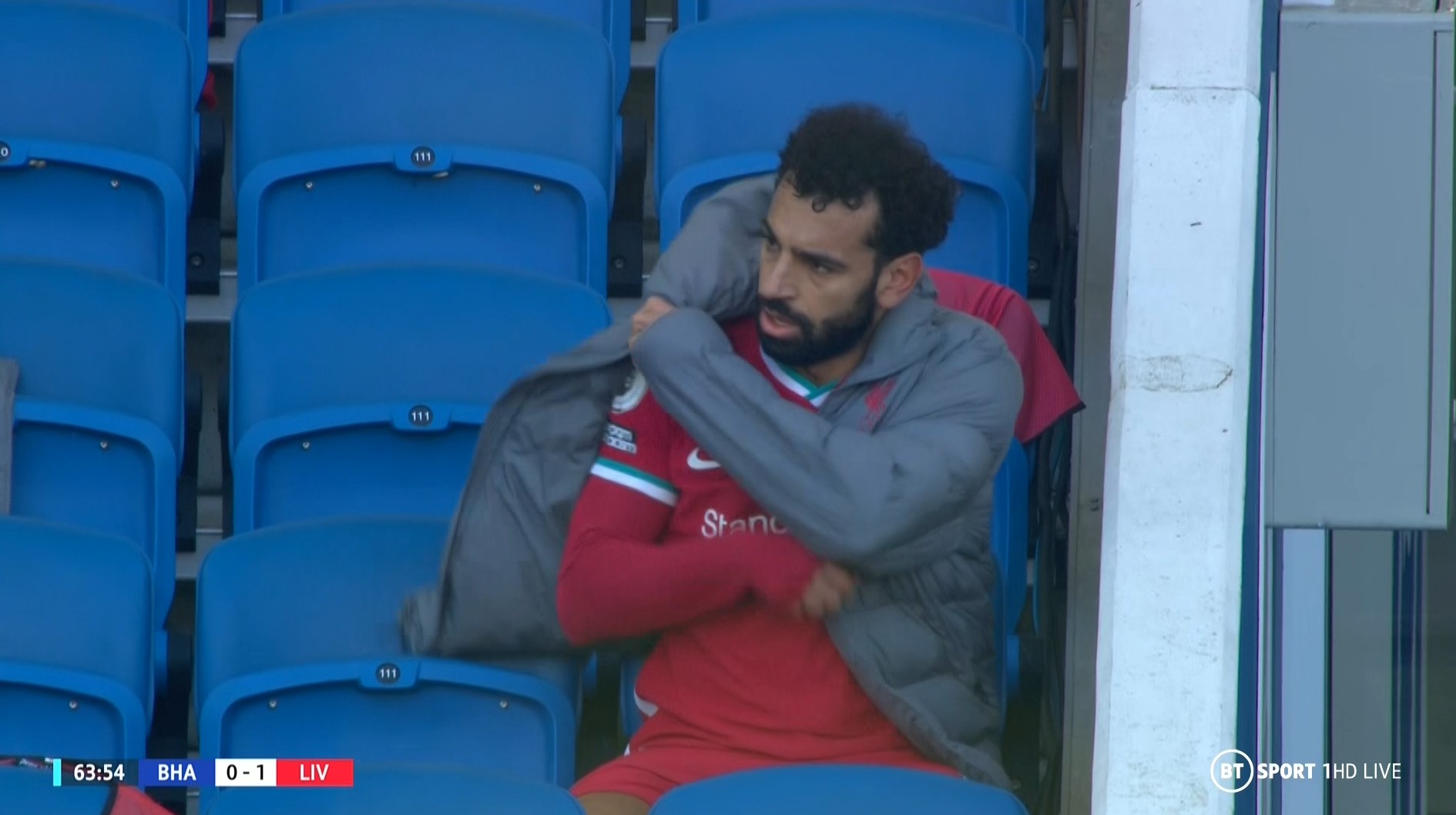 The match was Salah's first in the Premier League since testing positive for coronavirus while on international duty, which caused him to miss Liverpool's win over Leicester last week.

Salah almost marked his return with a well-taken goal but he was judged to be offside following a VAR review.

Salah did however, manage an assist for Diogo Jota's opener, flicking Andy Robertson's pass on for the ex-Wolves man to finish with aplomb.

Klopp may have been left to rue Salah's substitution as Brighton snatched a late draw through Pascal Gross' penalty.

He also saw James Milner go off injured on a bad day for the champions.

The moment Salah's name went up on the board, the Egyptian looked far from pleased.

After trudging from the pitch he appeared to ignore Klopp as he went straight to the stands to join the rest of the substitutes.

Speaking after the game, Klopp had no issue with his striker, saying he made the change as "we need to be careful" over his fitness.

The German boss said: "The day Mo Salah is smiling when leaving the pitch something is really wrong." 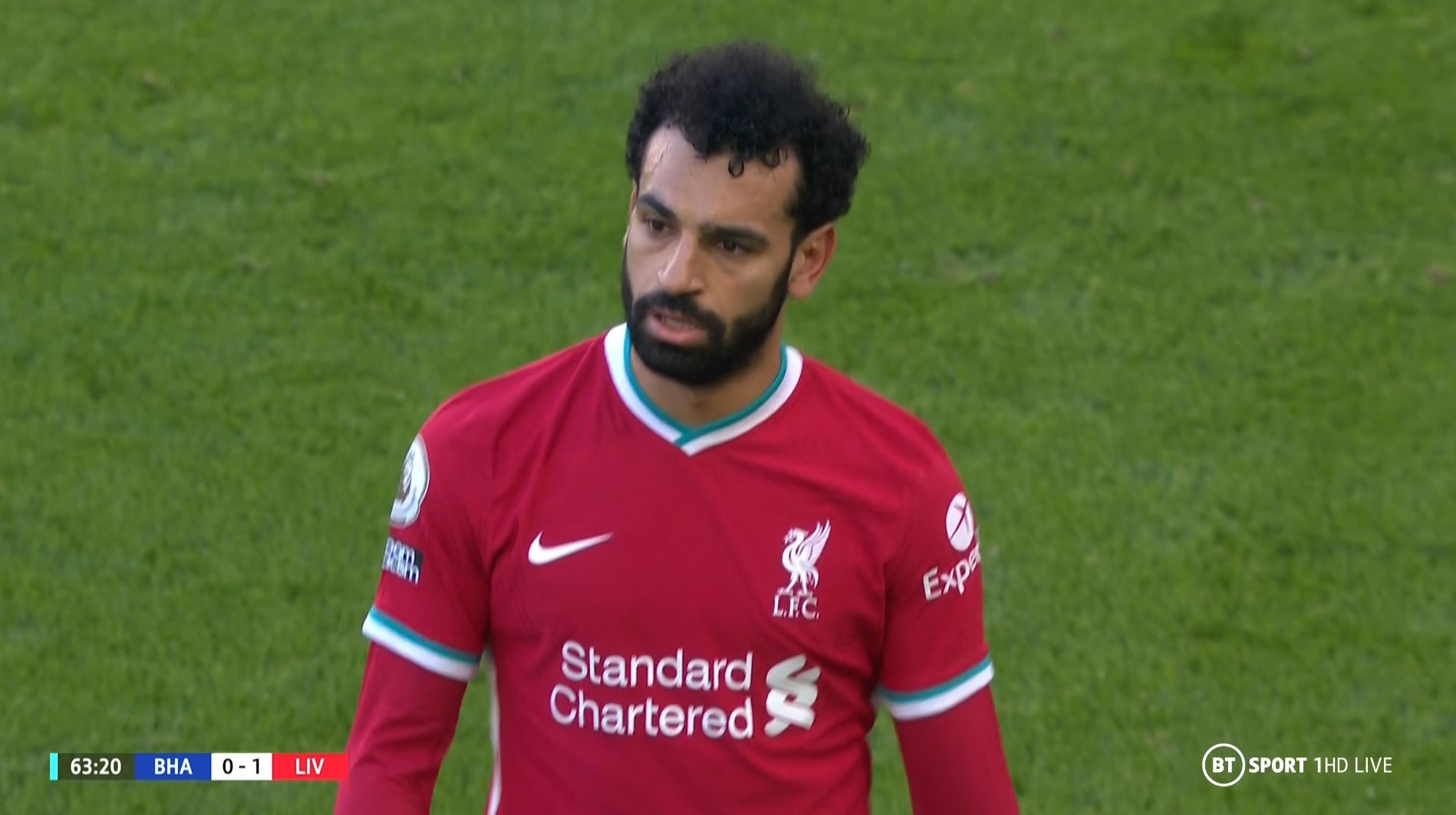 It is not the first time an incident involving Salah and Mane has led to frustration.

Mane memorably raged at being substituted against Burnley last year after Salah had minutes earlier failed to pass to him.

The strike duo were quick to make up after the episode.

11/28/2020 Sport Comments Off on Mo Salah furious after being hauled off by Jurgen Klopp after an hour and replaced by Sadio Mane
Recent Posts
We and our partners use cookies on this site to improve our service, perform analytics, personalize advertising, measure advertising performance, and remember website preferences.Ok