MEMPHIS DEPAY led the way as Holland announced they are back in the big time.

The former Manchester United forward scored a penalty and made the second goal as the Dutch swept into the last 16 of Euro 2020 and won Group C with a game to spare. 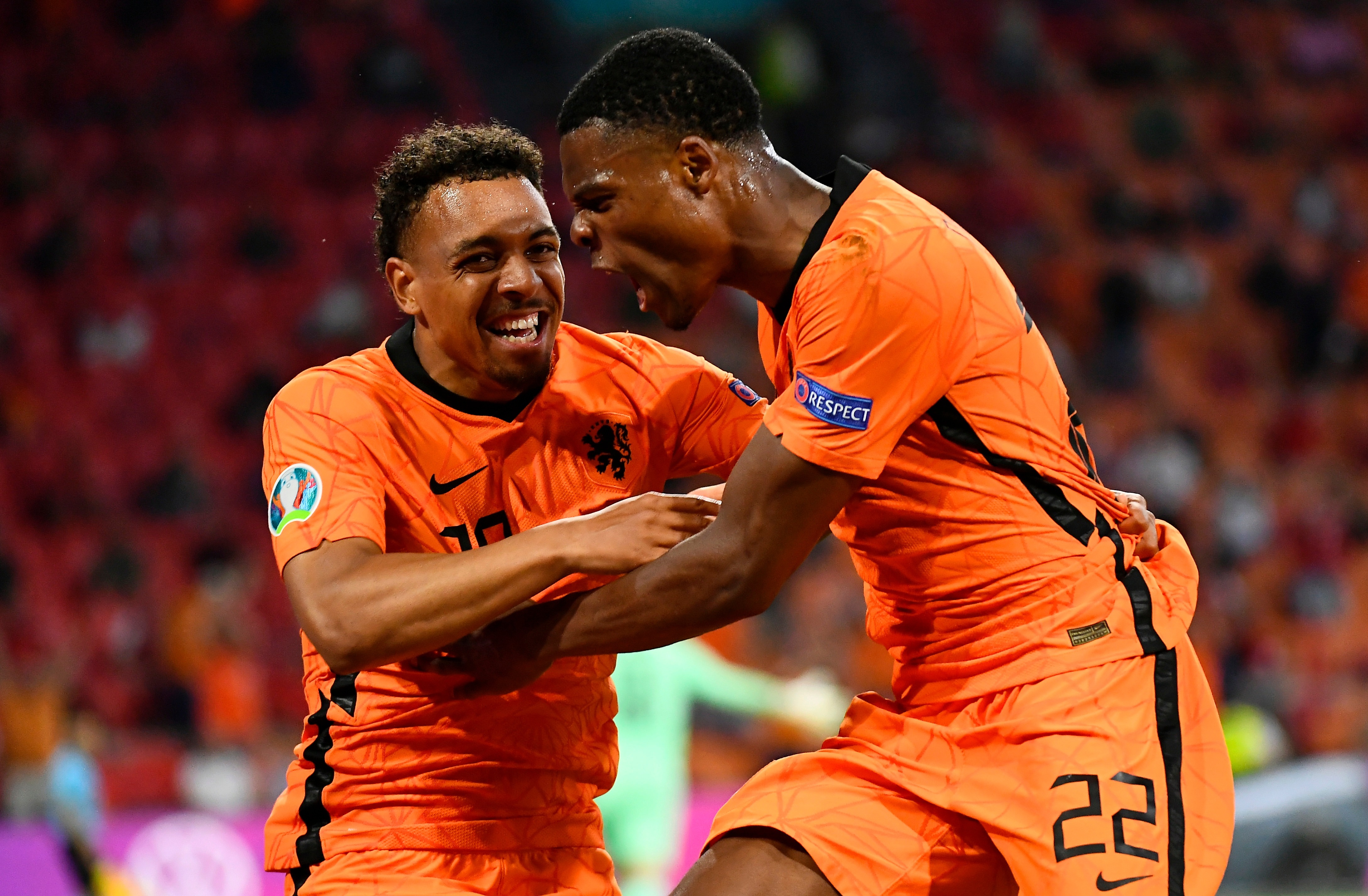 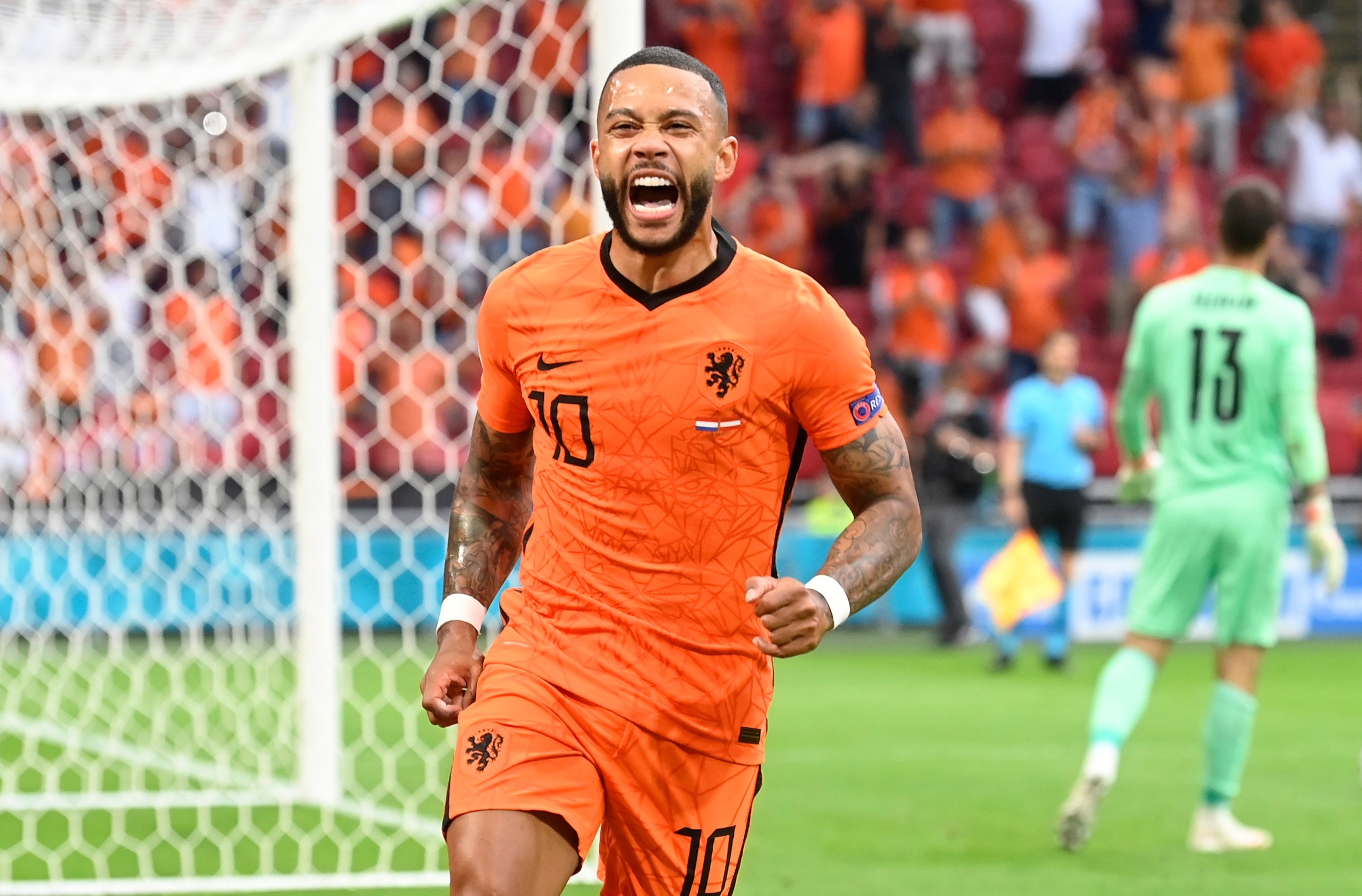 And they will be overwhelming favourites to reach the quarter finals on Sunday week in Budapest with a favourable match against one of the best third place teams.

Holland failed to qualify for the last World Cup and Euro 2016. They lost every group game at Euro 2012.

But they are on the road to redemption after Depay inspired a win which should have been even more comfortable against feeble Austria.

Depay, 27, fell out of form and favour quickly during his disappointing two year spell at Manchester United and he won’t be remembered at Old Trafford for years to come.

But four years on he looks a more mature player on the pitch and as the more experienced of Holland’s two-pronged attack force is happy to take the lead from relative rookie Wout Weghorst.

He showed it by confidently drilling home the penalty which put his country in command with 11 minutes on the clock – the perfect start to a decisive game in front of a home crowd known to change opinion with the wind.

A quick VAR check was needed to decide whether Austria skipper David Alaba had trod on the foot of Denzel Dumfries in the box or just outside. There was no question it wasn’t a foul.

The Netherlands were in total control for the first half, limiting Austria to just one long range shot from way outside the box from Martin Hinteregger and that was more a sign of frustration than anything else.

Holland should have been home and hosed by half time and the worry for coach Frank de Boer is that the return of defender Matthijs de Ligt made them so much tighter at the back but they wasted chances to have the win sewn up so much earlier.

On 24 minutes Depay lashed a shot into the side netting with venom which suggested he was eager to continue his fruitful run of scoring at the moment.

Having missed the last two major tournaments, the Dutch are on a mission to rejoin the elite of European and World football.

Maybe it’s the burning desire to re-establish themselves at the top which caused the Barca-bound star to suddenly lose his cool in front of goal at the end of a sweeping Dutch move which deserved reward.

A huge diagonal ball was pumped forwards by Crystal Palace’s left back Patrick Van Aanholt to giant striker Wout Weghorst on the break into the Austrian box. 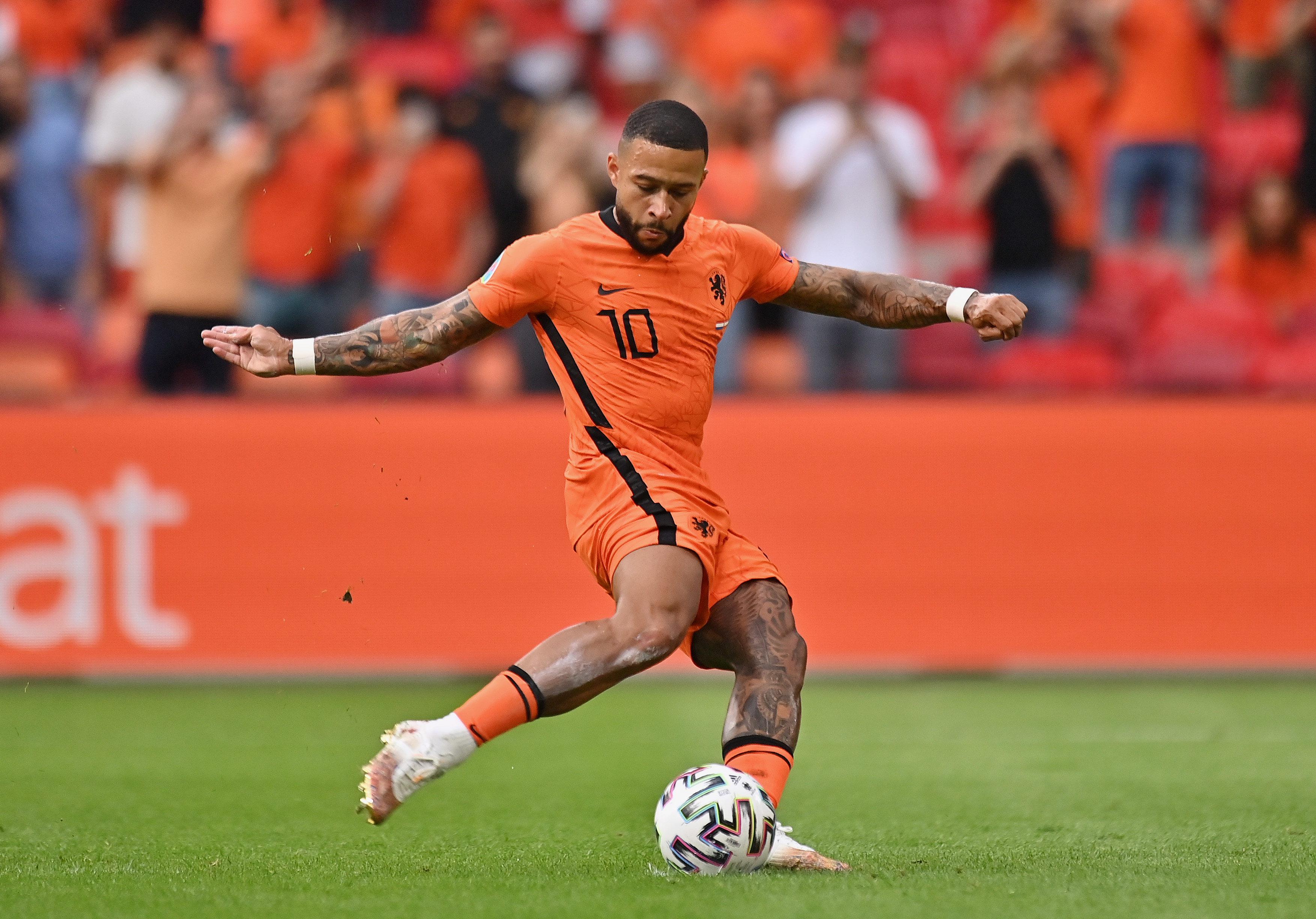 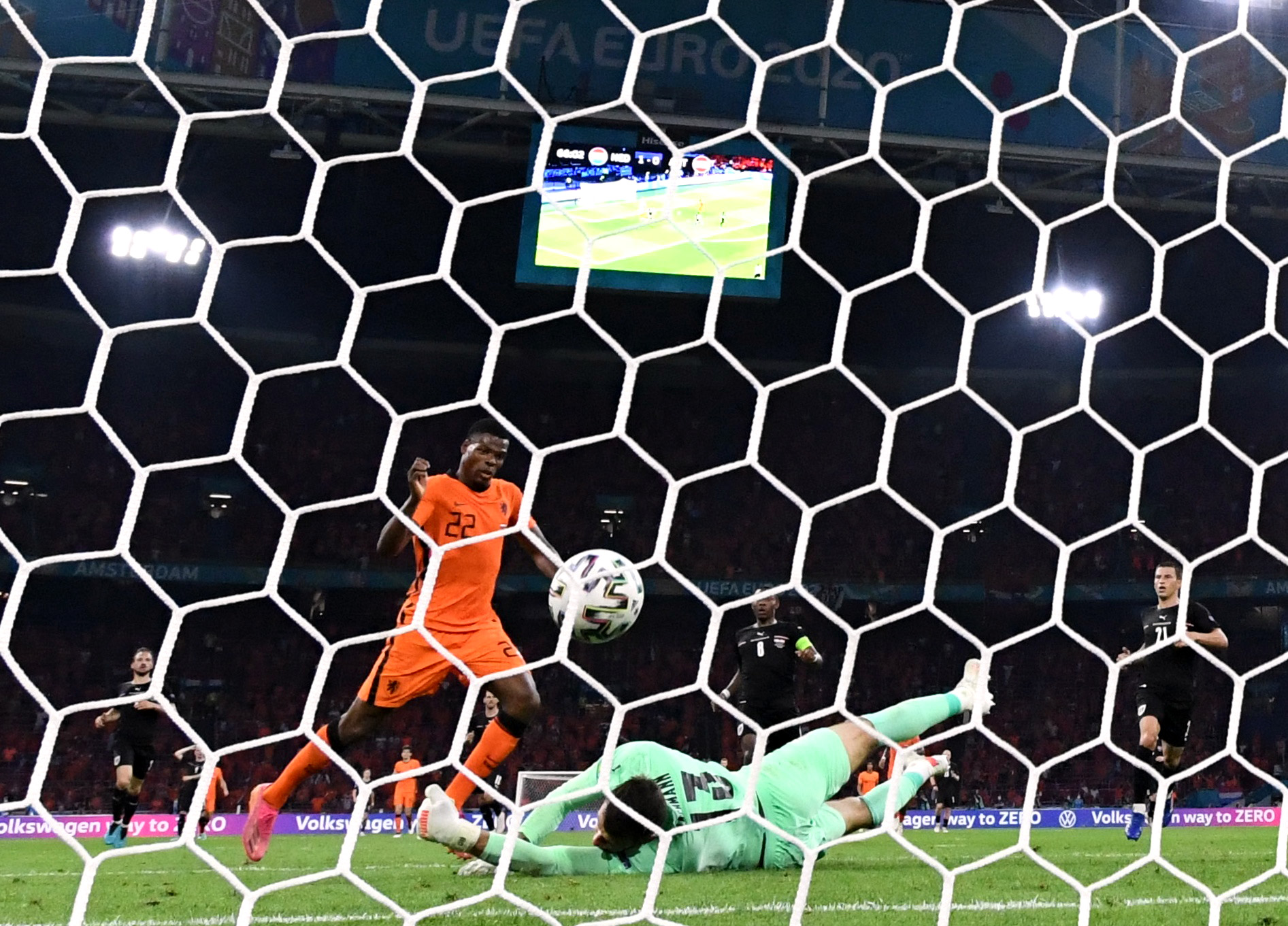 The Wolfsburg man’s international naivety showed when he opted to square the ball across the six yard box to Depay instead of blasting it into the back of the net.

Even more baffling was Depay’s fumble when he merely had to tap in for goal number two only to scuff his left foot shot and send the ball over the bar.

De Boer had his head in his hands as did Depay and the entire Dutch team because that would have been enough to put the sorry Austrians to bed and make the second half a cruise.

Depay has been deadly in orange recently – a penalty against Georgia in the final warm up game before the tournament and two against the Scots in a friendly, which included a last-minute, face saving equaliser in a 2-2 draw.

An earlier double against Gibraltar meant his confidence should not have been in question. Not exactly glittering opposition but then Austria did not look much better given their poor first half performance.

They rallied in the second half but hopes of a fightback ended when Depay hooked a superb pass over the high-line of Austria’s midfield in the 67th minute. 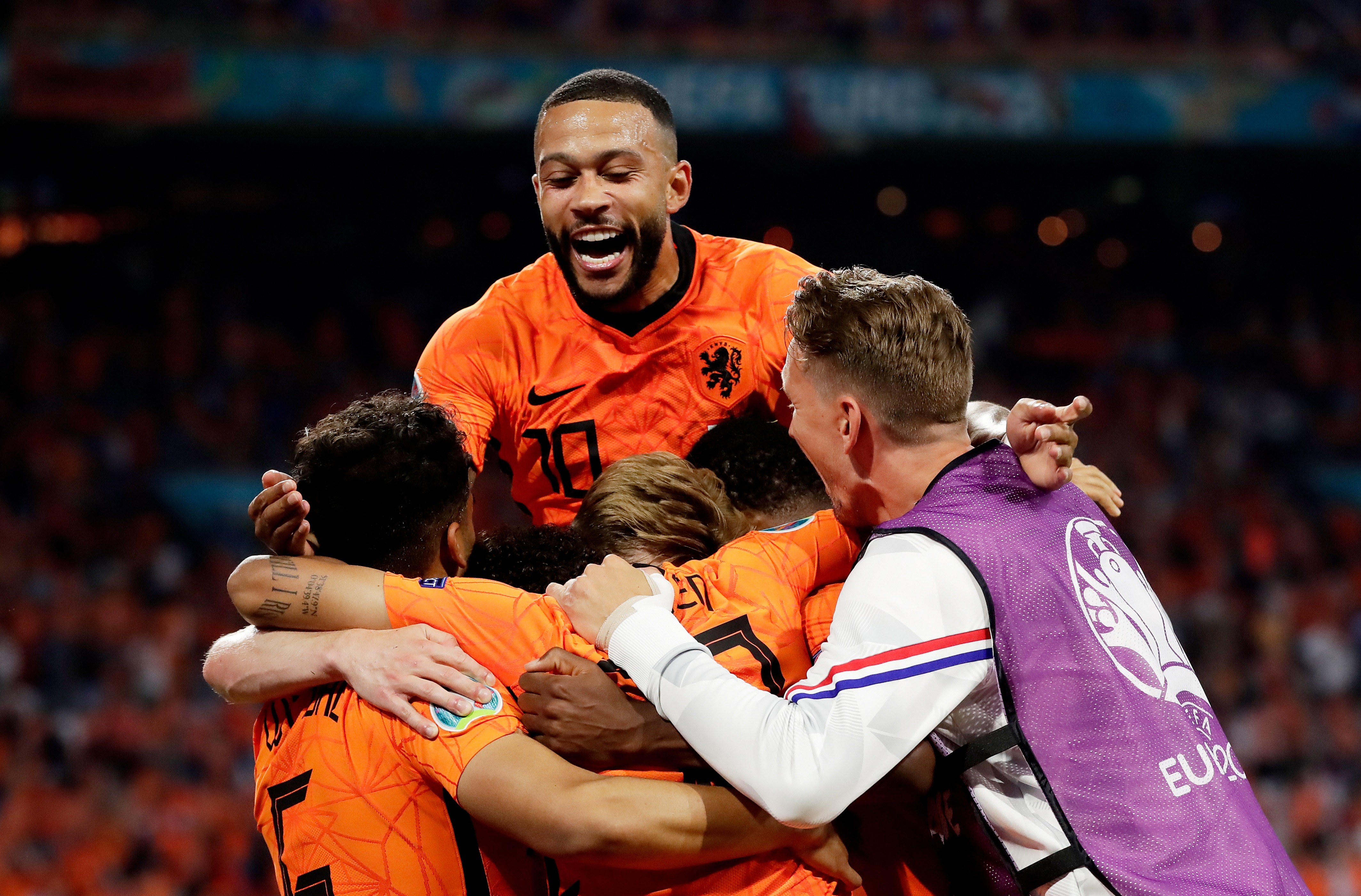 Sub Donyell Malen raced free into the box then squared for wing-back Denzel Dumfires to score his second goal in as many games at Euro 2020.

Austria have never progressed from the group stage in their two Euros appearances and now face a winner-takes-all showdown with Ukraine in their final group match for who goes through.

Victory for Holland means curtains for tournament newcomers North Macedonia who they play in a now meaningless match on Monday.