NEYMAR was one of FIVE players sent off after he punched Marseille's Alvaro Gonzalez in the back of the head before accusing the Spaniard of racism.

The Brazilian claimed the defender called him a "monkey son of a b****" after a huge brawl erupted at the end of Marseille’s shock 1-0 win at Paris Saint-Germain. 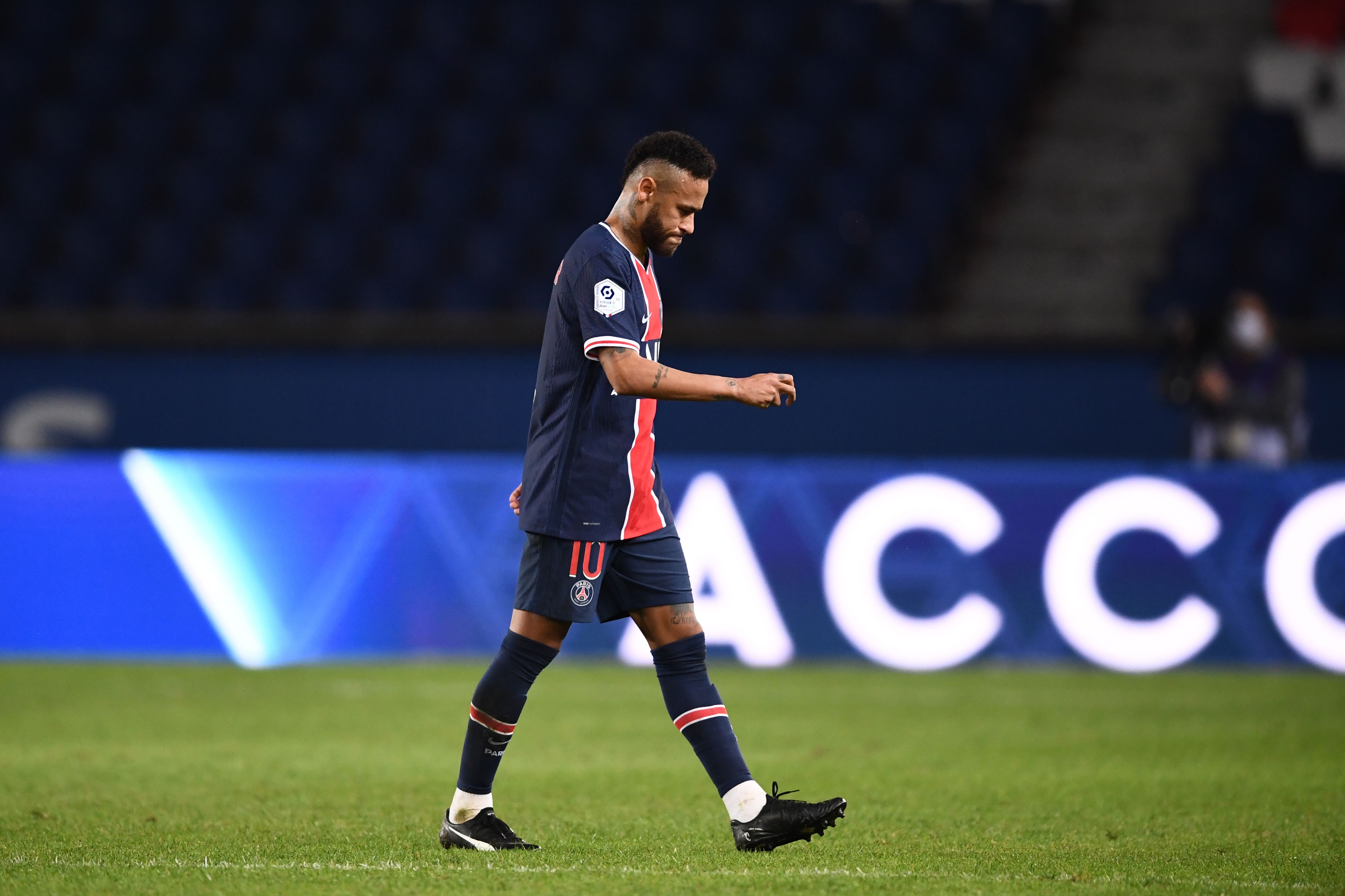 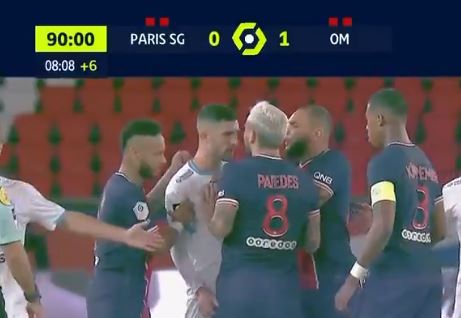 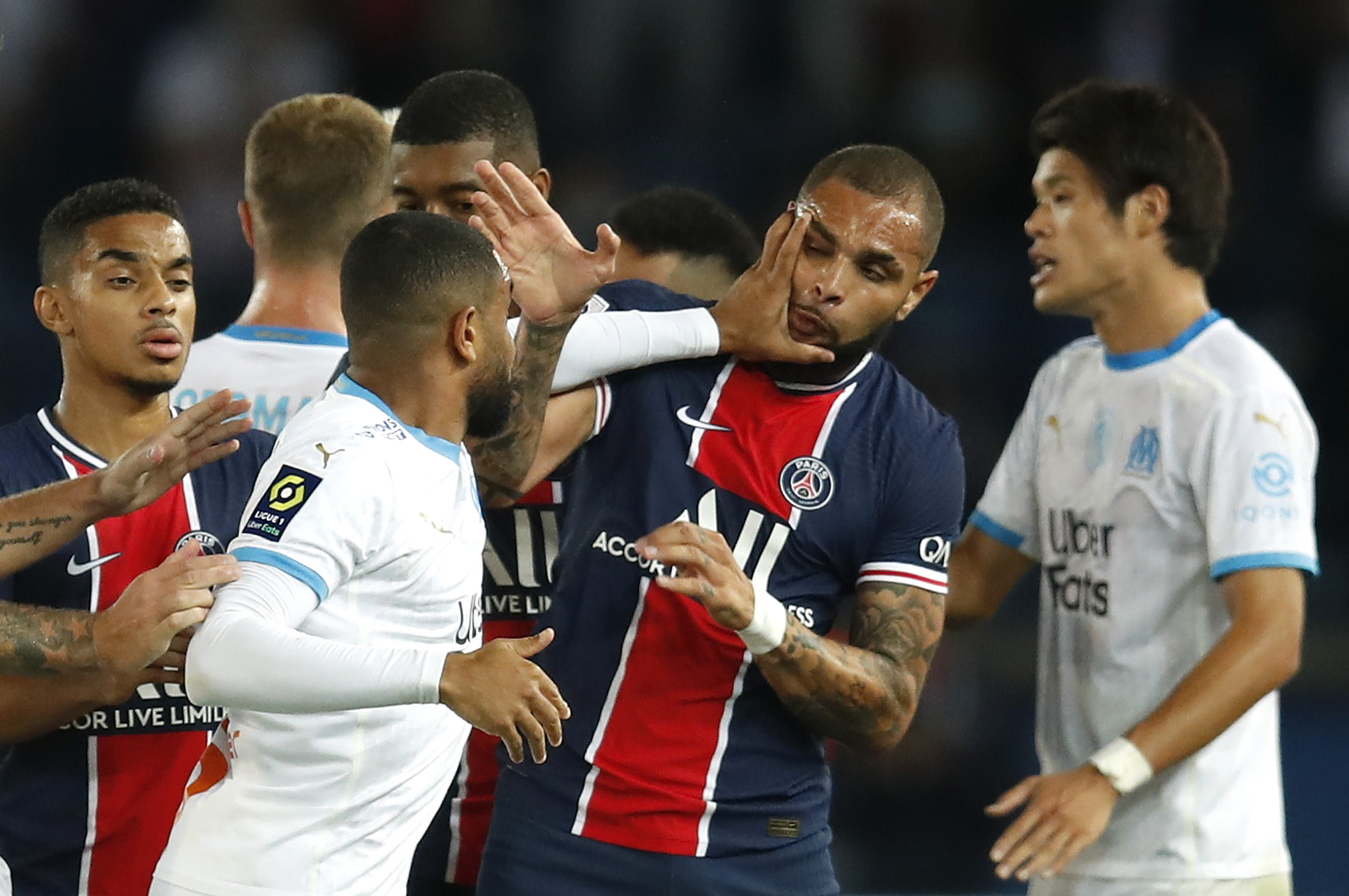 Florian Thauvin scored the only goal of the bitter contest on the half hour mark to down last season’s Champions League finalists.

But the real action ensued at the death as Neymar, 28, was among FIVE stars given their marching orders in a game that saw a staggering 15 cards dished out.

Neymar then accused the centre-back of racism as he made his way off the pitch.

Neymar was seen pointing at the Spaniard and shouting what seemed to be: "Racism, no?"

After the match, the PSG star doubled down on his accusation and tweeted: "The only regret I have is not hitting this a***hole in the face."

He posted another tweet soon after which read: "VAR catching my “aggression” is easy. 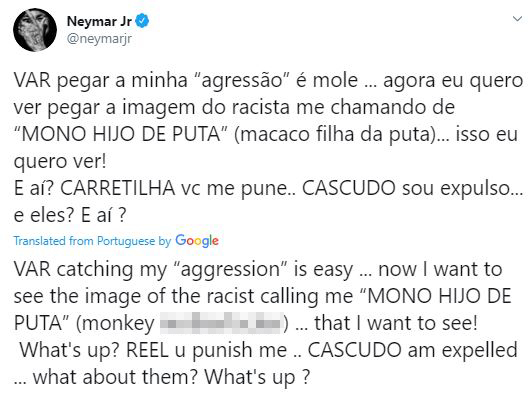 The angry affair descended into chaos five minutes into the six added on at the end of normal time.

Dario Benedetto triggered the pandemonium when he crashed into Leandro Paredes as the two battled for a high ball.

The ref gave a free-kick but Paredes reacted angrily to the challenge and rushed at Benedetto and shoved him to the floor.

Benedetto clutched of the face as players from both teams piled into the melee.

Paredes then lunged at Alvaro, who went down in dramatic fashion.

Next Layvin Kurzawa and Jordan Amavi traded Karate Kid style kicks in the midst of the scuffles.

The ref produced straight reds for the pair as the handbags subsided. 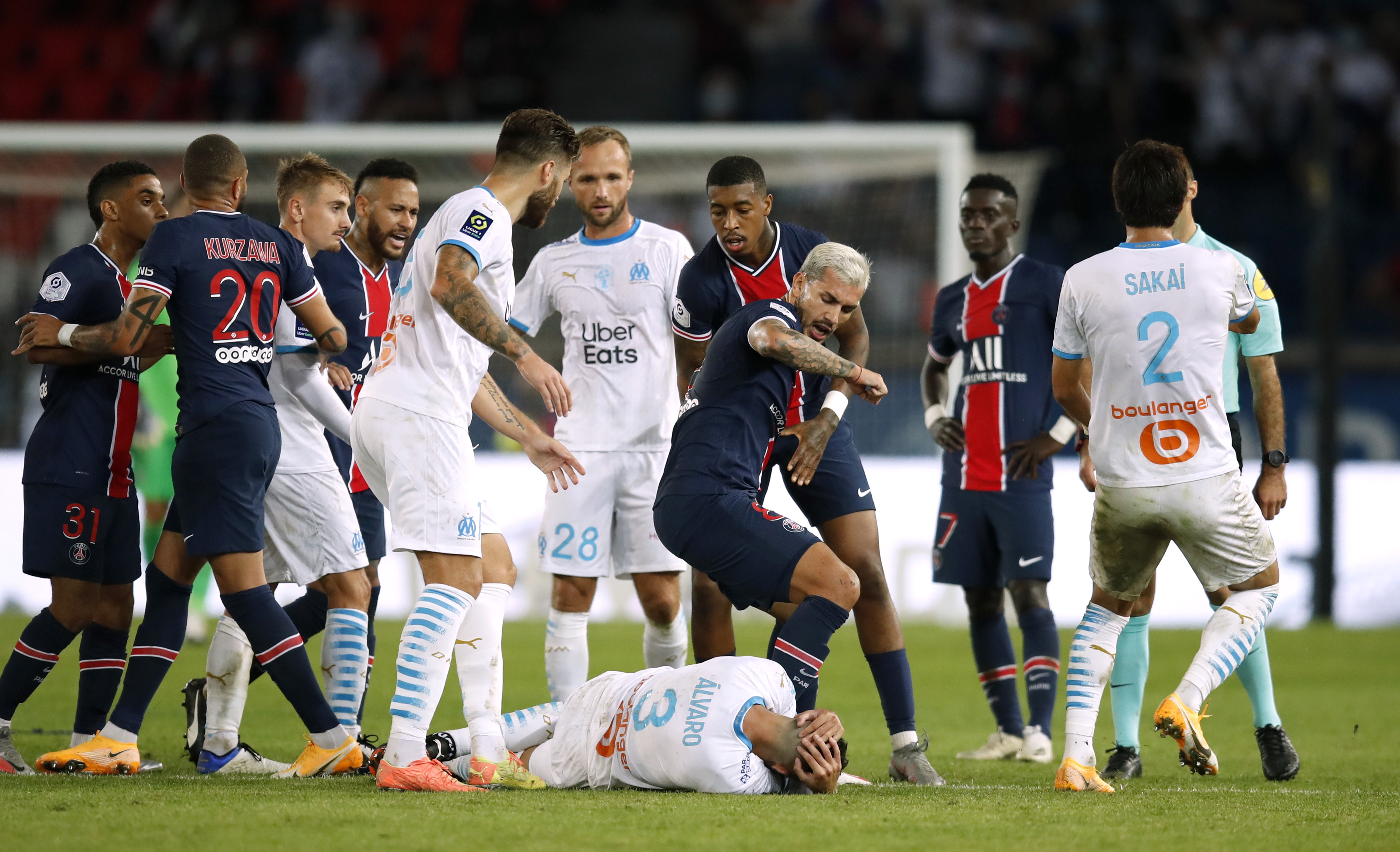 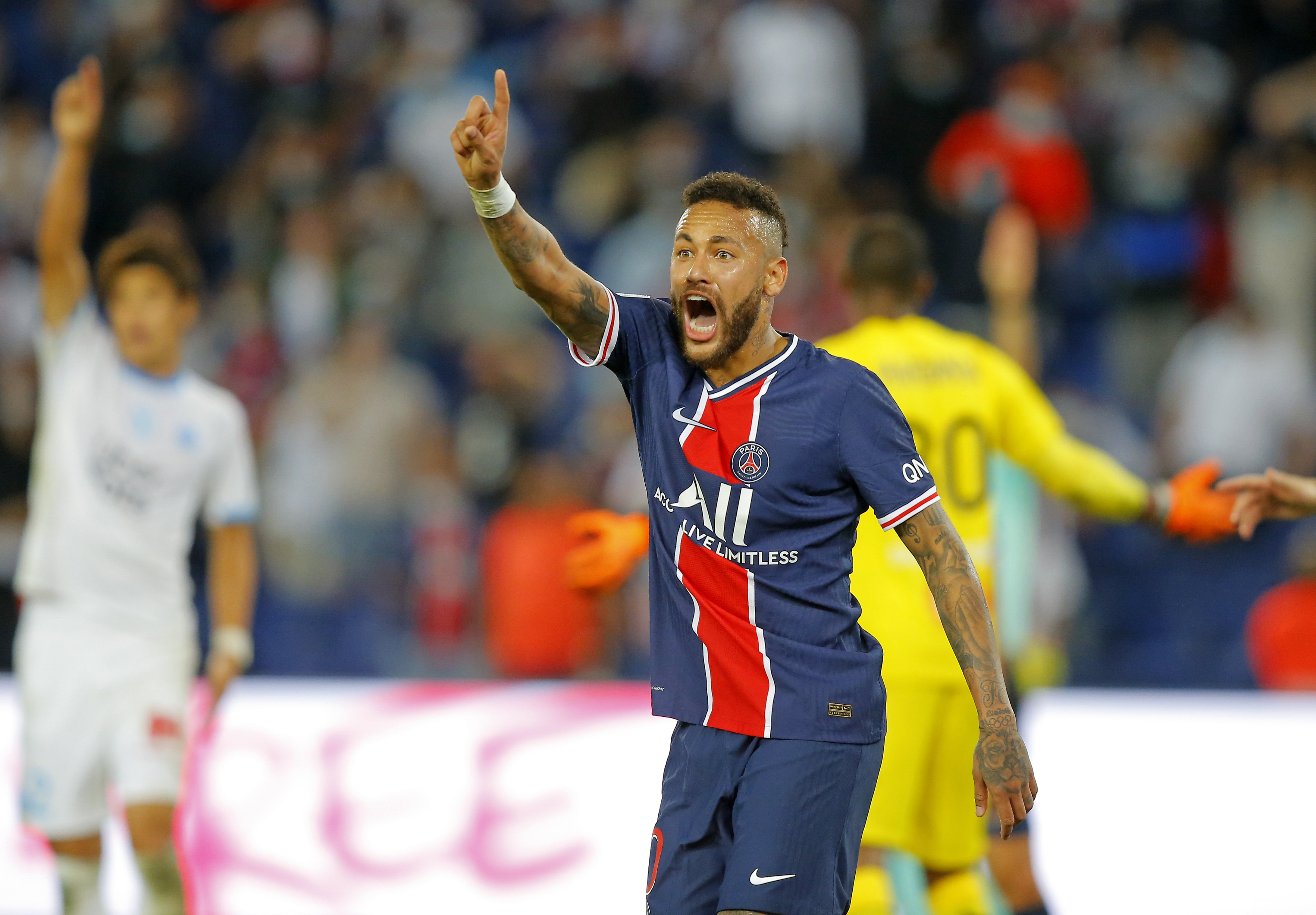 He also gave second yellows and subsequent reds to both Benedetto and Paredes.

Before a word in his ear from the VAR made him head to the sideline to check the monitor to sweep up any offences he had missed.

And that is where the official spotted Neymar's infringement.

The sly striker clipped Alvaro on the back of the head with his fist after the defender as he argued with rivals after his clash with Paredes.

But the cameras picked up the offence and the ref strode back over to issue a straight red which was met with suitable sarcastic applause from the disgraced Brazilian.

The final whistle was blows soon after with PSG recording their second defeat of the season leaving them in the Ligue 1 relegation zone.

09/14/2020 Sport Comments Off on Neymar sent off for PUNCH with FIVE seeing red in mass brawl as PSG superstar says he was called ‘monkey son of a b****’
Recent Posts
We and our partners use cookies on this site to improve our service, perform analytics, personalize advertising, measure advertising performance, and remember website preferences.Ok