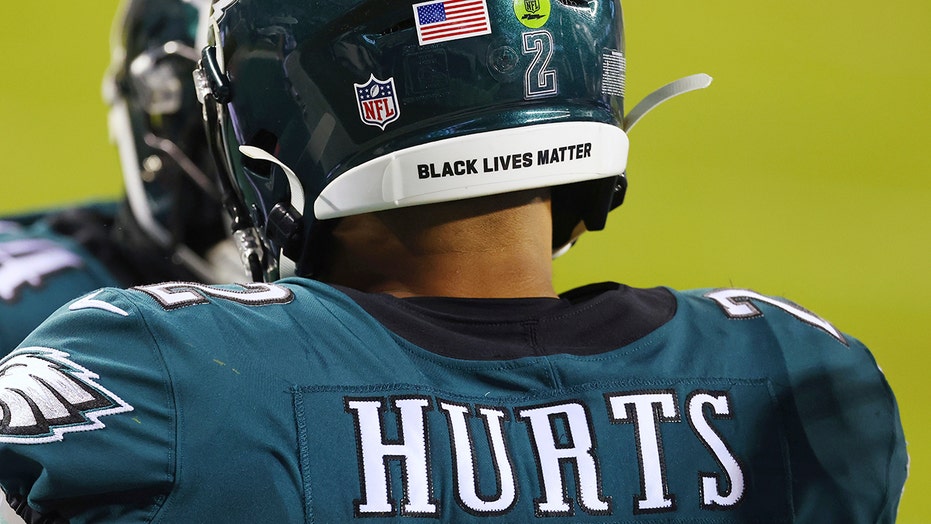 The NFL will allow players to choose from six different social justice phrases to wear on the back of their helmets for the 2021 season as the league re-ups its efforts in their Inspire Change initiative.

The league also said teams will be allowed to have the phrases “It Takes All of Us” and “End Racism” emblazoned in their end zones. 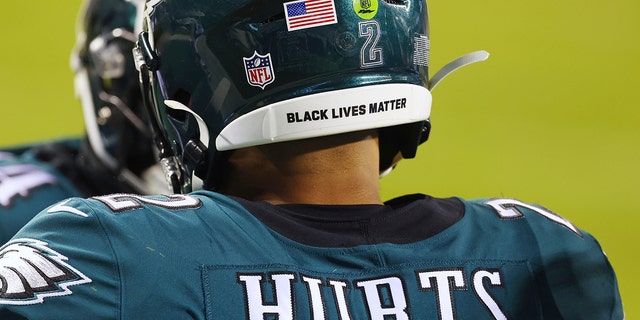 The NFL will dedicate Week 17 and 18 to the “Say Their Stories” campaign. The messaging will include social justice heroes who have been personally identified by players for their impact in that area.

“We are committed to Inspire Change and the social justice work that inspires change for the long-term,” Anna Isaacson, the NFL senior vice president of social responsibility, told The Associated Press.

During the final two weeks of the season, all clubs will receive the relevant pieces to go with the “Say Their Stories” campaign. 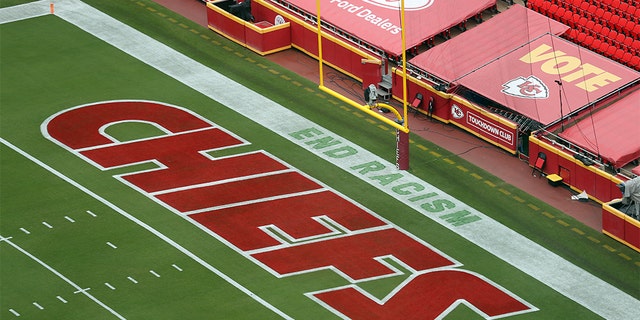 A detail of a saying "End Racism" is seen painted in the end zone on one side of the stadium prior to the game between the Houston Texans and the Kansas City Chiefs at Arrowhead Stadium on September 10, 2020 in Kansas City, Missouri. (Photo by Jamie Squire/Getty Images)

“That will provide a unified time frame for us to further amplify all of the work that our clubs are doing and that will lead into the playoffs where Inspire Change will continue to take center stage,” Isaacson said. “The key message for us as the season is starting, we are ramping up again in a big way with our social justice work.”

Front Office Sports reported the league also plans on bringing back the Black national anthem for the 2021 season. “Lift Every Voice and Sing” was played before the start of Week 1 games during the 2020 NFL season and was prominent during the Super Bowl and the NFL Draft. According to the report, the NFL wanted to make it a “prominent part of big league events.”