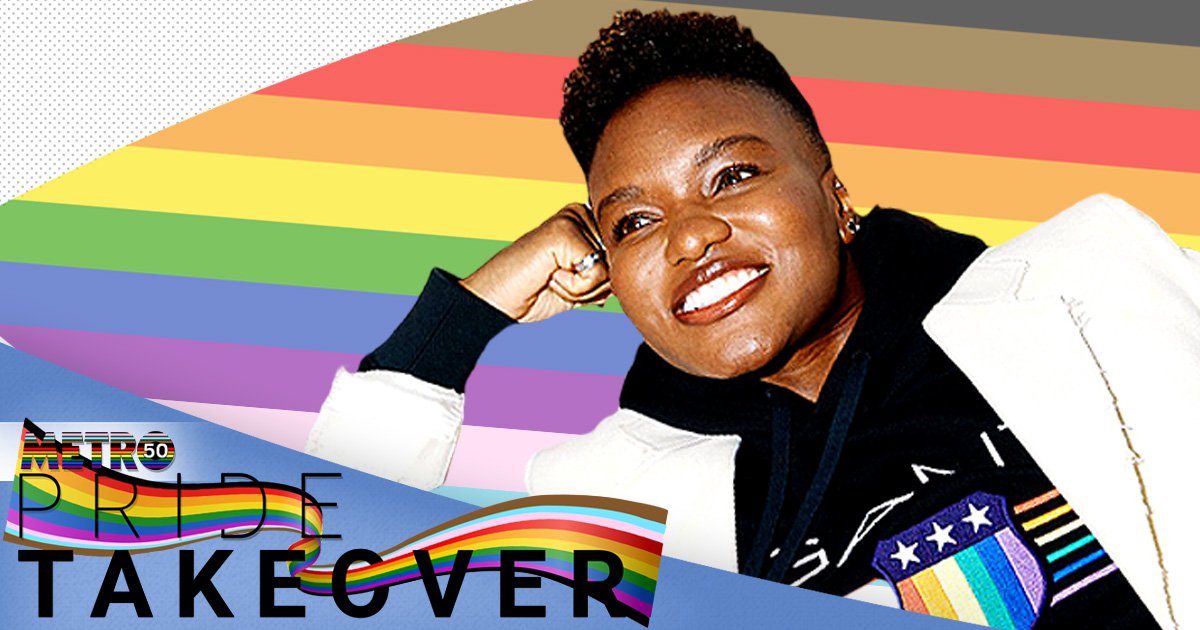 I am so thrilled to be part of Metro.co.uk’s Pride Takeover. Pride means so much to me – it is a time to celebrate and embrace who you are and to enjoy being proud of who you are.

My role in this campaign is to help get across how important it is to try and be your true self in a world that is always telling you to be something else. It is all about being inclusive and the Metro Pride Takeover is a really great concept, that I was very eager to be a part of to support the LGBTQ+ community.

I got the courage up to tell her. Mum was in the kitchen and in the end, she wasn’t even bothered at all, which was awesome. She told me she already knew and told me to stick the kettle on! I had been stressing so much over what her reaction would be for weeks. Thankfully, it was completely fine.

But what was more important for me was that I could finally be myself. I could be happy with who I am.

When you are carrying such a big secret, it is a heavy weight on your shoulders. So to be free of that and be able to be true to myself, it was a very nice feeling.

I think one of the main goals for this Pride Takeover is to help people who find themselves in that situation, where they don’t know how people around them are going to react. That is what it is all about.

I am hoping one day that people won’t have to come out anymore. That it will be like it is with heterosexual couples in society. It will be seen enough out there that it isn’t a question of ‘coming out’, you just love who you love.

I think things are definitely improving, but we have a long way to go.

Now, with social media and things becoming a lot more inclusive, people are able to ask those questions and get hold of the information they desperately need.

When I was younger, when I came out, that information wasn’t anywhere. It wasn’t taught in schools, I had to find out for myself any way that I could. When I look back now, it was just so wrong.

It is definitely moving in the right direction but there is still so much more work to be done. Through campaigns like the Metro Pride Takeover and the open communication it encourages, we can get there together.

To celebrate 50 years of Pride, Metro.co.uk has teamed up with Kyiv Pride to raise money for their important work in Ukraine.

Despite war raging around them, Kyiv Pride continue to help LGBTQ+ people, offering those in need shelter, food and psychological support.

We will be splitting the cash with a grassroots charity closer to home.

You can donate here

This year marks 50 years of Pride, so it seems only fitting that Metro.co.uk goes above and beyond in our ongoing LGBTQ+ support, through a wealth of content that not only celebrates all things Pride, but also share stories, take time to reflect and raises awareness for the community this Pride Month.

And we’ve got some great names on board to help us, too. From a list of famous guest editors taking over the site for a week that includes Rob Rinder, Nicola Adams, Peter Tatchell, Kimberly Hart-Simpson, John Whaite, Anna Richardson and Dr Ranj, we’ll also have the likes Sir Ian McKellen and Drag Race stars The Vivienne, Lawrence Chaney and Tia Kofi offering their insights.

During Pride Month, which runs from 1 – 30 June, Metro.co.uk will also be supporting Kyiv Pride, a Ukrainian charity forced to work harder than ever to protect the rights of the LGBTQ+ community during times of conflict. To find out more about their work, and what you can do to support them, click here.

06/08/2022 Sport Comments Off on Nicola Adams: 'Be your true self in a world telling you to be something else'
Recent Posts