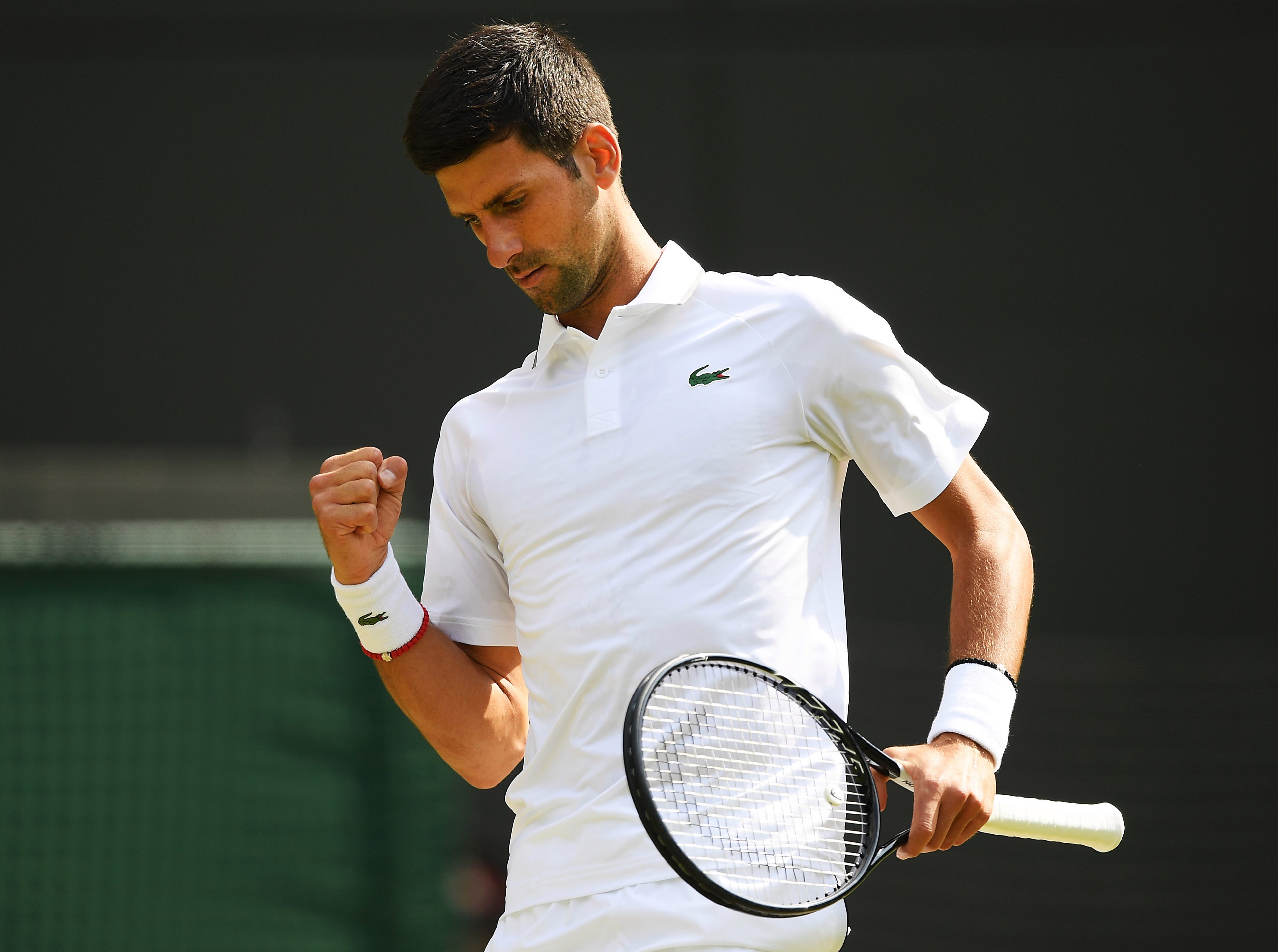 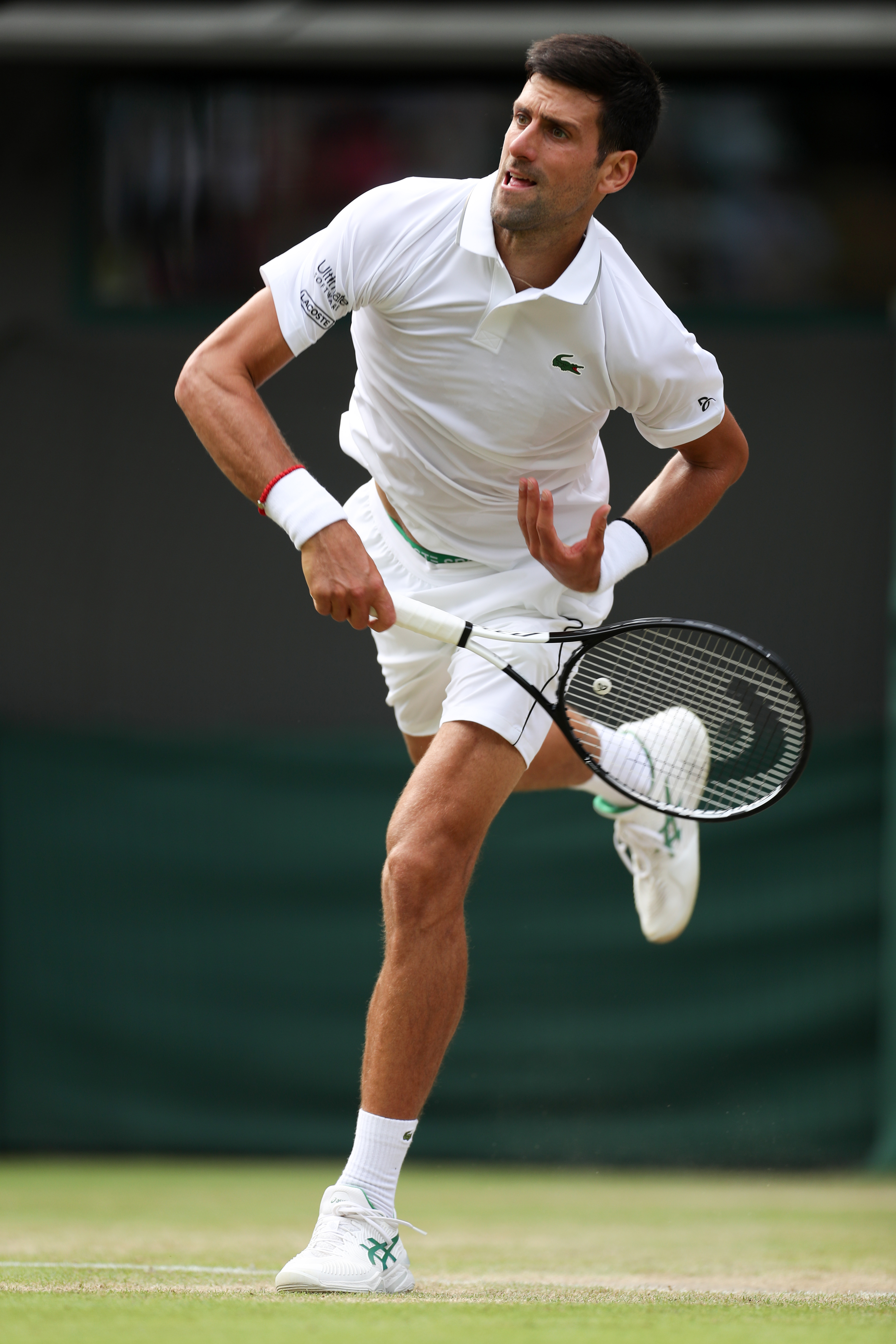 The defending champion is into his 11th Wimbledon quarter final, level with Boris Becker at fourth on on the all-time list.

In this form, and with all the big names gone from his half of the draw, it would be a big surprise if he did not make the final.

World No66 Humbert was not embarrassed.

The Frenchman did his bit in some entertaining rallies but without ever looking consistent enough to trouble the world No1.

The biggest danger to Djokovic seemed to be the court surface – he slipped at least three times, including twice in one game, before clinching the first set in 32 minutes.

Humbert had a glimmer of a chance at 30/30 in the Serb’s first service game of the second, but did not take it.

The Frenchman then dropped his serve to love to put Djokovic in total command of the match.

Humbert saved three break points in the seventh game and Djokovic slipped again before converting his fourth for a 5-2 lead.

The Frenchman hung with the 15-time Grand Slam champion in the third set until a loose game allowed Djokovic to break for a 4-3 lead.

The Serb closed out the win after an hour and 42 minutes.

On the win, Djokovic: "That's always the aim, to reach the final stages at Grand Slams. I always try to set my form so I can play my best at this tournament.

"Wimbledon historically for many players and me included has been a special tournament that has motivated me throughout my life.

"I try not to take things for granted. We keep on going. I try to really focus on what needs to be done.

"I had never played Ugo but saw him play and he's won against a couple of great players. I was able to study his game, but he probably wasn't at his best.

"I'm pleased to execute the job in three sets."