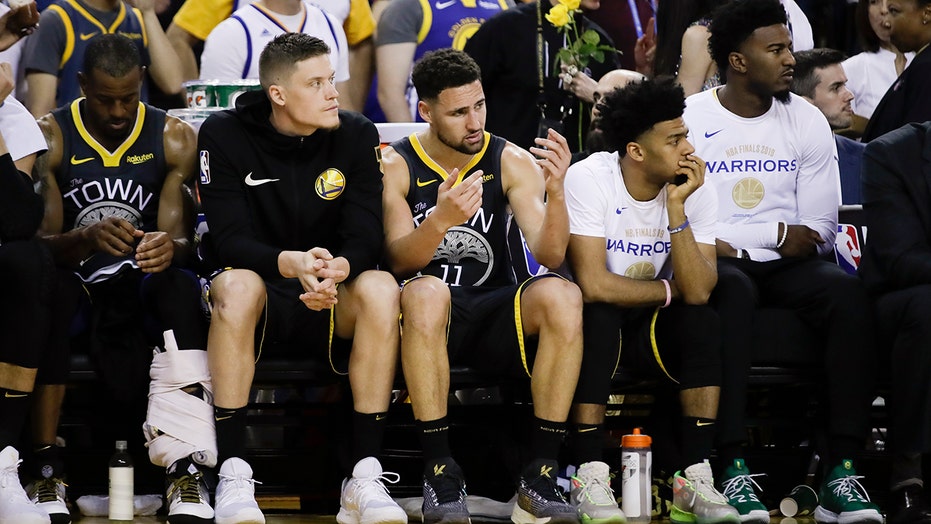 House Speaker Nancy Pelosi and Canadian Prime Minister Justin Trudeau made a wager ahead Game 5 of the NBA Finals on Monday night between the Golden State Warriors and Toronto Raptors.

The winner will receive a supply of local treats from the winner’s region. Pelosi offered up Ghirardelli chocolate, California wine and a selection of almonds and walnuts. Trudeau put up a basketball of locally-made goods from Canada.

“The Raptors are making history and they aren’t done yet. We’re going all the way, Canada. Ghirardelli chocolates and a glass of California wine are going to pair nicely with the Raptors’ first NBA title,” Trudeau said in a news release.

Pelosi added her own trash talking, even though the Warriors are at a bit of a disadvantage.

“The only thing sweeter than watching Golden State once again become world champions is doing so while enjoying a selection of Canada’s finest,” Pelosi said. “I am proud to be part of Dub Nation!”

The Raptors have the advantage going into Trudeau and Pelosi’s friendly bet. Toronto leads the series 3-1, with the Warriors unsure if Kevin Durant will return to try and help salvage the season.

Pelosi and the Warriors have a previous relationship aside from the Democrat representing California’s 12th District.

The Warriors met with Pelosi and former President Barack Obama in January when they were playing the Washington Wizards in January.

After the game, Pelosi had told Draymond Green she bought his jersey at a charity auction.