MANCHESTER CITY fans have never had such an early start for a Wembley final.

Today’s Carabao Cup showpiece with Chelsea kicks off at 4.30pm. 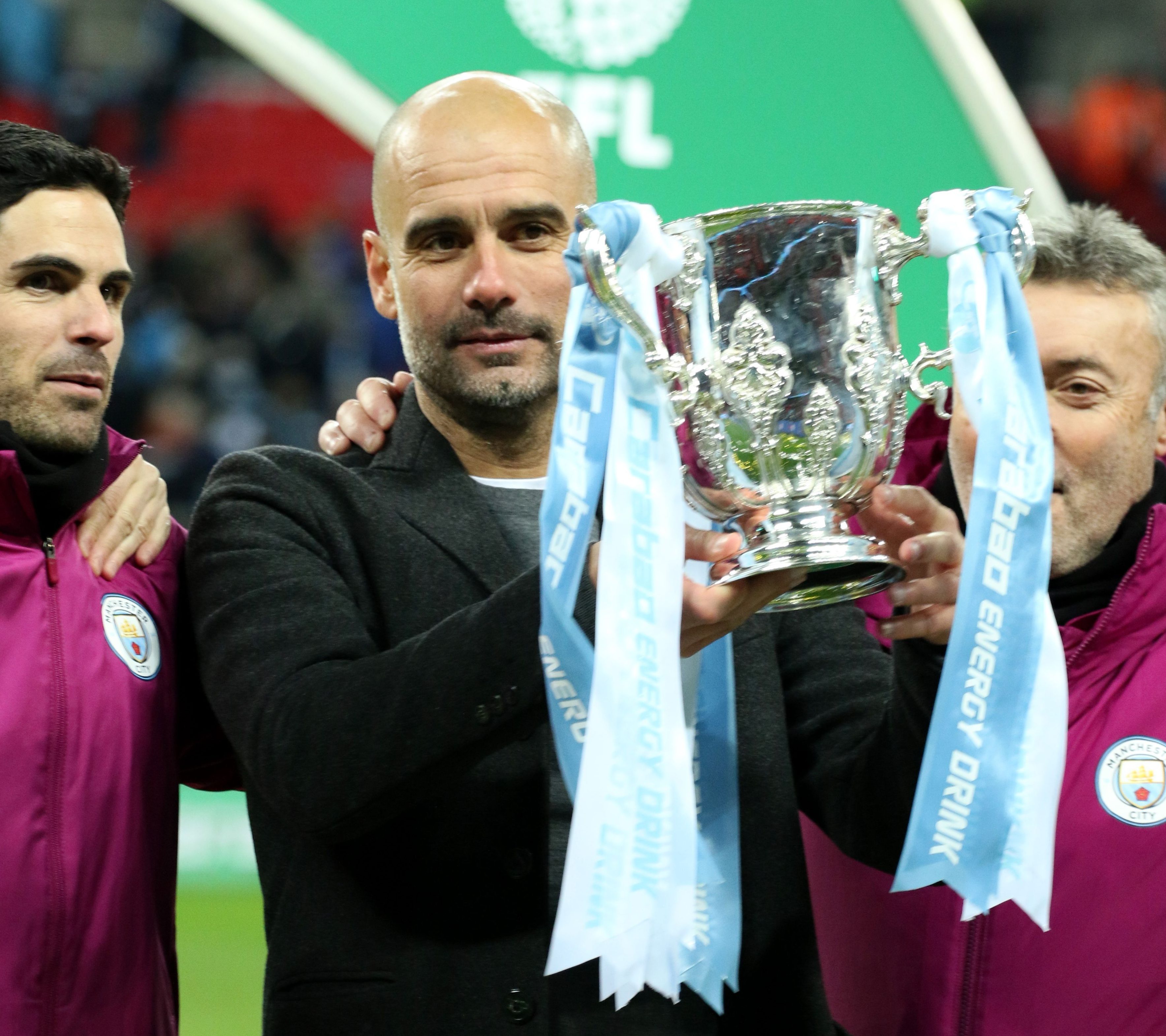 But City supporters — hoping they retain a trophy for the first time — will want to be in the pubs and bars around the national stadium long before then.

Because at 2.05pm their title rivals Liverpool take on their hated neighbours Manchester United.

And for once, City fans will be cheering on their Old Trafford foes.

A United win would keep Pep Guardiola’s men top — above Liverpool on goal difference — and kill off the Kop game in hand. 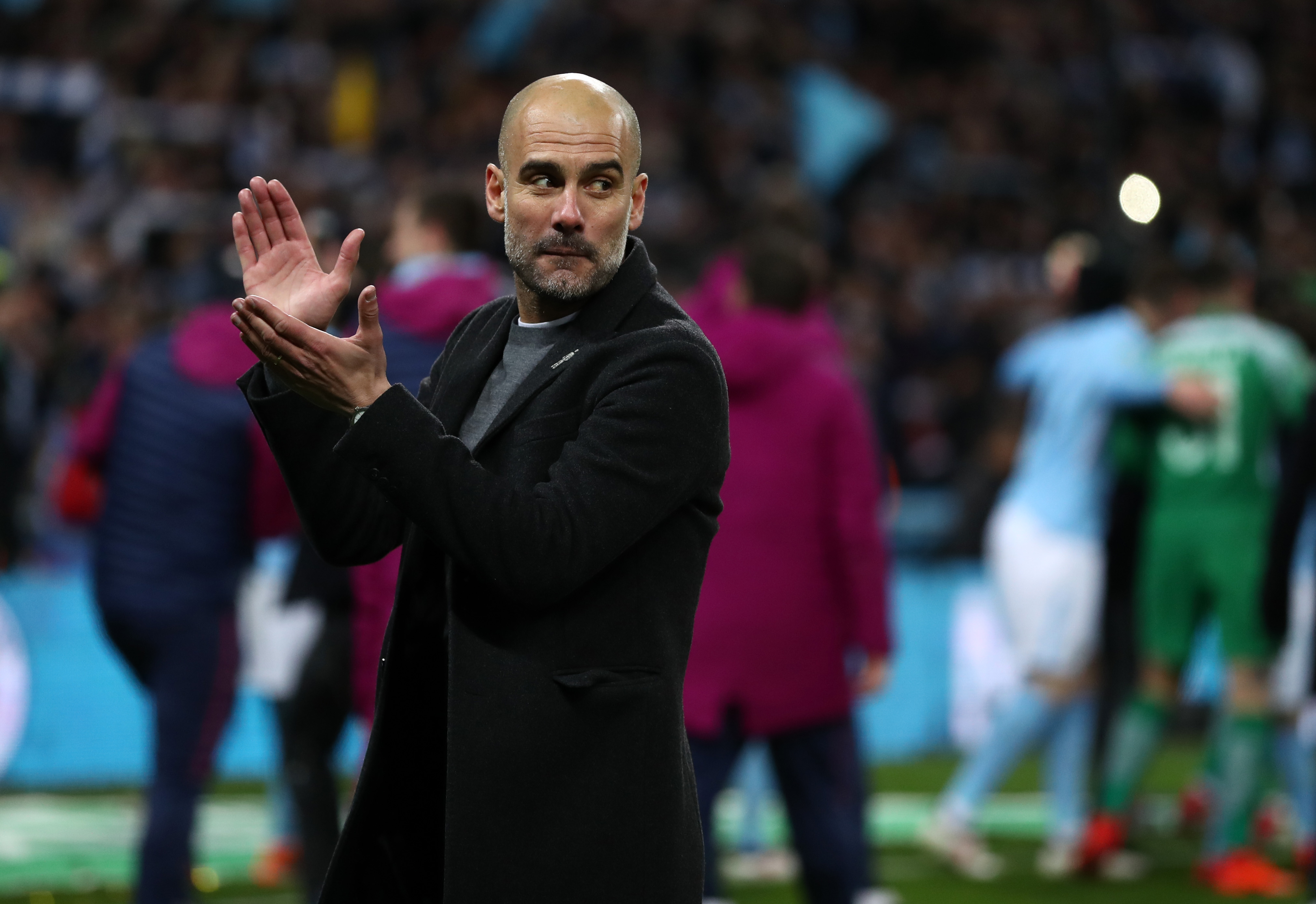 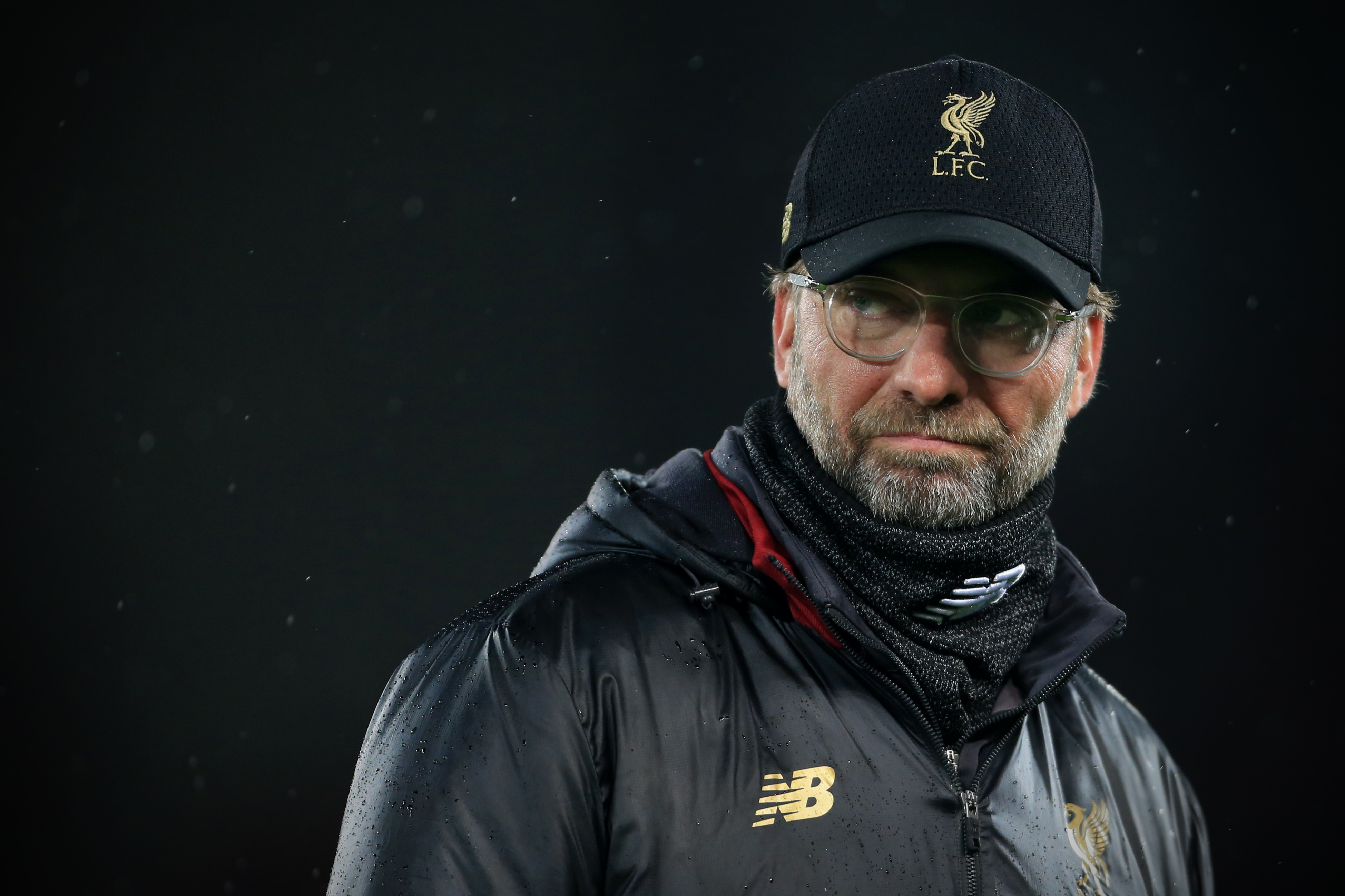 In short, it would mean game on.

To some Etihad fans, the United game has become MORE important than their League Cup final — as City look to become the first team to defend a Prem title since the Red Devils a decade ago.

But to the man who is masterminding City’s push for an unprecedented Quadruple, there is only one game on his mind.

Until his team are parading around Wembley with the trophy, at least.

MOST READ IN FOOTBALL 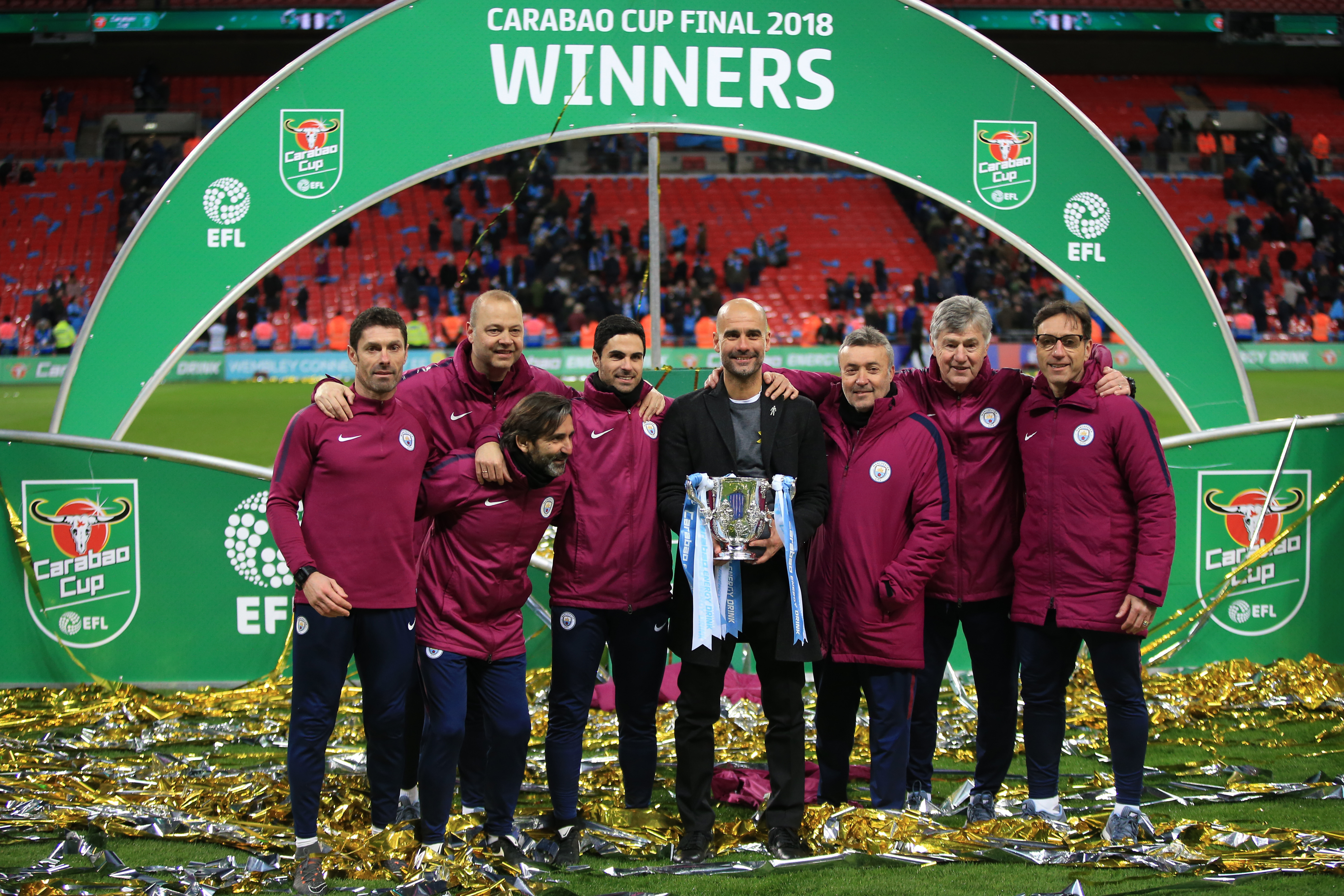 “Of course it would be good for us if Manchester United can take a result but we have a final.

“Maybe for United and Liverpool it is not important, in their cabinet of trophies, because they have many titles.

“But that is not the case for us and retaining a title will be good — and playing a final will be good and will always help us grow as a club.

“For the players and managers who come in the future, they have to know how to arrive in the last stages for all the titles.

“That is what I count when I build a big, big club.

“We are in the final and Chelsea have played more finals in the last decade. 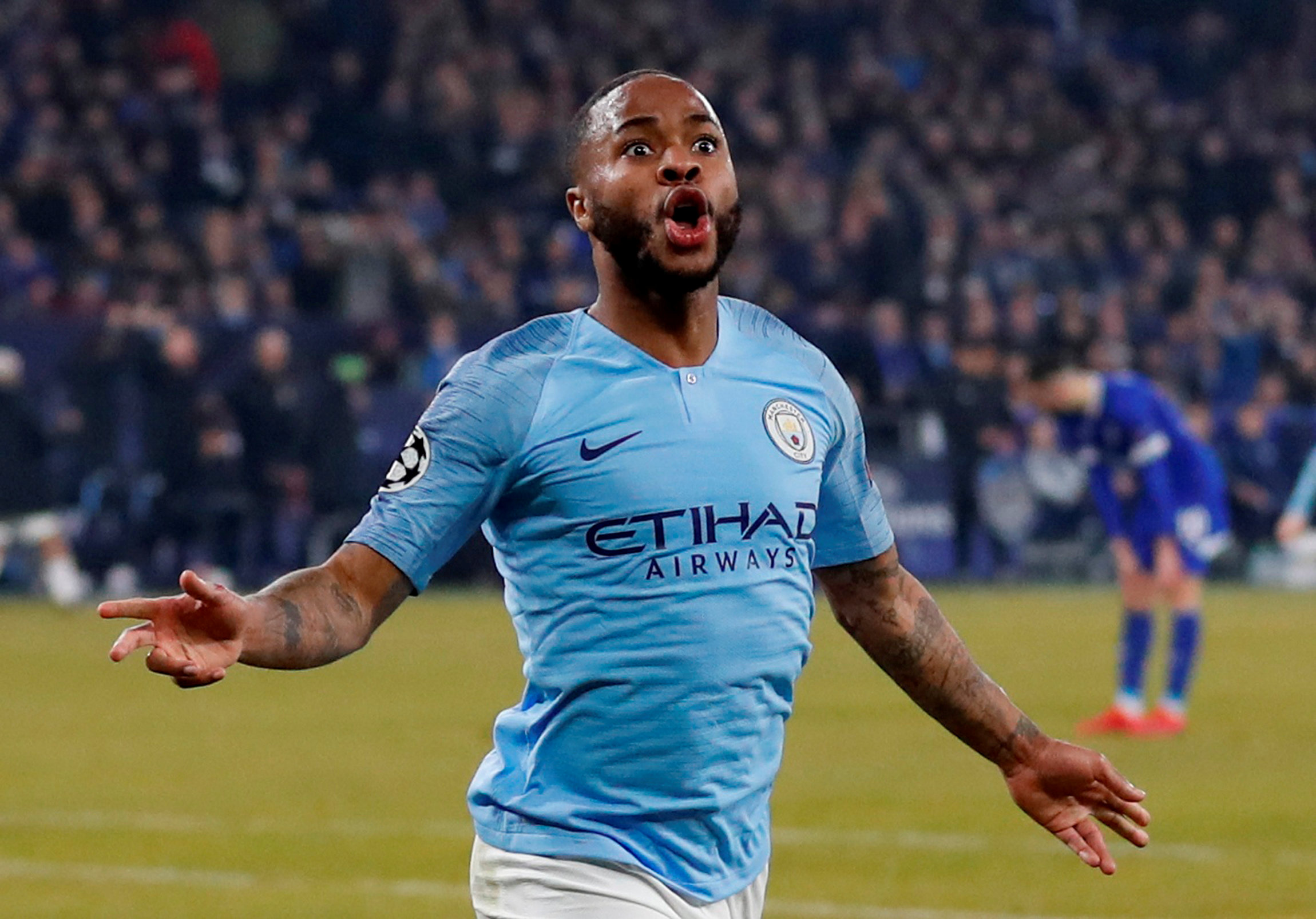 “So it will be an incredibly tough game — and of course we want to win it.”

Guardiola has spent his career chasing silverware and made a fine job of it as a player and manager.

It is a winning mentality which was instilled in him by the arrival of Holland legend Johan Cruyff as Barcelona boss.

Cruyff promoted a then-teenage Guardiola to the first team, and changed the whole approach of the Spanish giants. It is an attitude which remains with the City manager.

He admitted: “The first team in that period was strong, but not in terms of consistent wins.

Now Guardiola, 48, is bringing that consistency to City — the 6-0 v Chelsea a fortnight ago was their 13th win in 14 home games this campaign — and as long as they are hunting major honours nearing the end of each season, he will know it is job done.

He added: “The most important thing is that we are still fighting in every competition. It means a lot.”

By this evening it will be a big shock if he has not added another line to the City honours board.