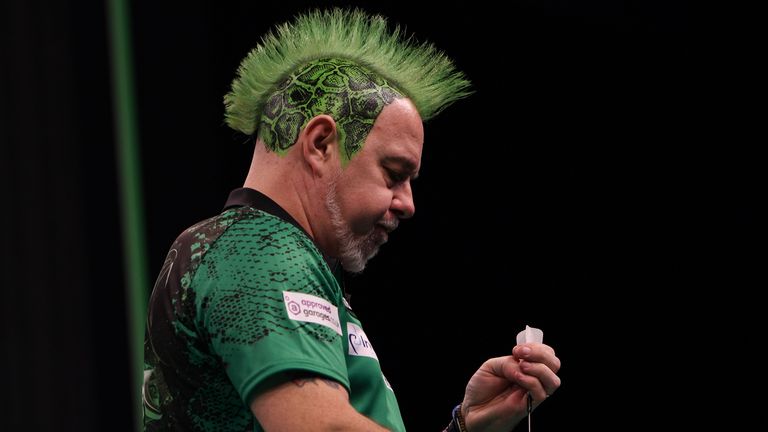 “The absolute agony of professional sport played out in front of our very eyes.” These were the words of Sky Sports commentator Rod Studd, as a desolate Peter Wright sank to his knees having squandered six darts for Premier League glory in a dramatic 2017 showpiece.

Just months earlier, Wright clinched his maiden televised title at the UK Open, although many critics highlighted the absence of Michael van Gerwen and Phil Taylor to undermine that accomplishment.

His previous five defeats in televised finals had all come at the expense of the all-conquering ‘Green Machine’, but Wright appeared to be turning the tide at the O2 in 2017. This was the opportunity to seize the moment.

Having produced a stunning scoring leg to leave 32 after nine darts, ‘Snakebite’ was on the brink of glory at 10-9 ahead, yet what should have been the greatest night of his career unravelled into the most tumultuous.

Wright has been one of the sport’s leading lights throughout the last decade but he was unfairly imposed with the ‘nearly man’ tag that he was unable to shake off – suffering defeat in six further major finals against Van Gerwen, Phil Taylor, Gary Anderson and Gerwyn Price.

However, that all changed at the Alexandra Palace on January 1. Taking on his arch-nemesis on the biggest stage in the sport, in the biggest match of his career, Wright defied the odds to dethrone Van Gerwen and claim World Championship glory in fairy-tale fashion.

It was a triumph for perseverance, for resolve and ultimately it provided vindication for Wright, who added a third major title to his résumé just weeks later at the season-opening Masters. Unsurprisingly, the doubters have subsided.

However, as Wright prepares to make his first play-off appearance since his infamous 2017 defeat in Coventry on Thursday, he is confident of righting those wrongs, albeit behind closed doors. 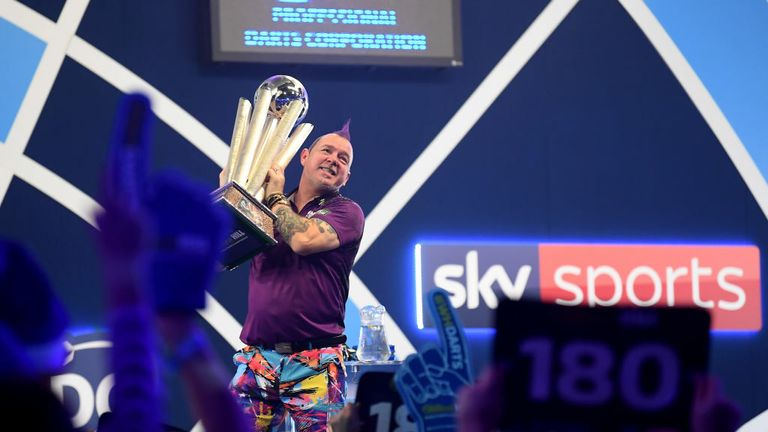 “Obviously I’ve learnt from defeats, you’ve got to learn from defeats and what you did wrong,” Wright told Sky Sports.

“You could say it’s similar – I won the World Championship [this year] – the only time I got to the final before when I played Michael in the final, I had chances to win sets and I didn’t take them.

“It could have been a lot closer first time around. I made sure not to give Michael that many chances [this year] otherwise he will trounce you.

“I’m thinking I’ve got this chance again – if I get to the final, which I think I will, I think I’ll win it and I think my game is good enough to cope with any of the players that are in it.”

Wright is approaching the end of his seventh Premier League campaign, though it is incredible that a player of his calibre and consistency is only making his second play-off appearance. 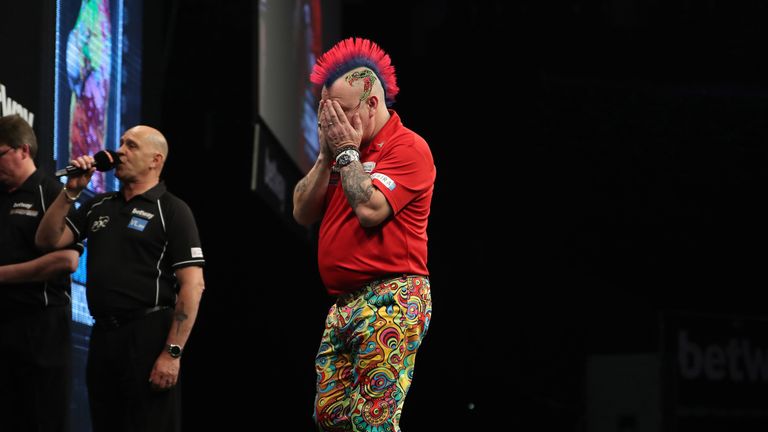 He’s finished seventh and eighth in his most recent campaigns, although his struggles could be attributed to his trademark tinkering, something he largely avoided during the Premier League restart in Milton Keynes.

The world No 3 is the highest-ranked player in the semi-finals, with five-time winner Van Gerwen and newly crowned World Grand Prix champion Gerwyn Price both missing out on qualification last month.

This is reflected in the tournament betting, with Wright a 7/4 favourite to lift the crown over former World Cup partner Anderson and tournament debutants Glen Durrant and Nathan Aspinall.

“We haven’t got Michael van Gerwen – the world No. 1 and guy that has won it five times, we haven’t got Gerwyn Price, the guy who is on fire at the moment, so that must be a bonus,” Wright concedes.

It’s interesting to hear ‘Snakebite’ talk about the absence of two of the sport’s main protagonists so candidly. Many would downplay that significance, but Wright’s comments are indicative of his confidence and his pragmatism, strengthened by his recent successes. 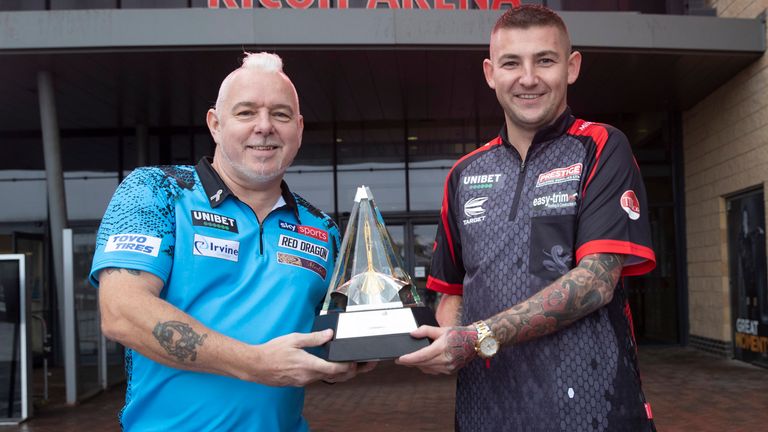 However, there will be no complacency from the 50-year-old, who takes on former UK Open champion Aspinall in Thursday’s second semi-final at the Ricoh Arena.

The three-time major winner completed the league double over ‘The Asp’ with averages of 110 and 103 in their respective clashes, but Aspinall has won four of their eight meetings in total, including an astonishing Pro Tour contest this year in which he averaged 116.

The other semi-final will see table-topper Glen Durrant – only the third man to win the league phase since the competition’s inception – take on two-time winner Gary Anderson, and Wright admits he would relish the prospect of taking on his compatriot in Thursday’s final.

“Nathan has been playing some good darts and we’ve had some cracking matches in the past. He’s a very good player, he’s worked hard and things are turning around for him.

“I know we’ve got Glen Durrant, we’ve got Nathan and obviously Gary has won it twice. Gary could just turn up and blitz everyone, it just depends which Gary turns up. Hopefully I’ll be playing Gary in the final and let’s see how it goes.”

Watch the thrilling conclusion to this year’s Premier League on Sky Sports Arena – join us 7pm on Thursday night before more darts in November with the World Cup of Darts from Austria and the Grand Slam of Darts.