JORDAN PICKFORD quickly put his England Euro 2020 heroics behind him with an absolute SHOCKER against Manchester United.

The two Premier League clubs are battling it out in a pre-season friendly at Old Trafford a week before kick-starting their league campaigns. 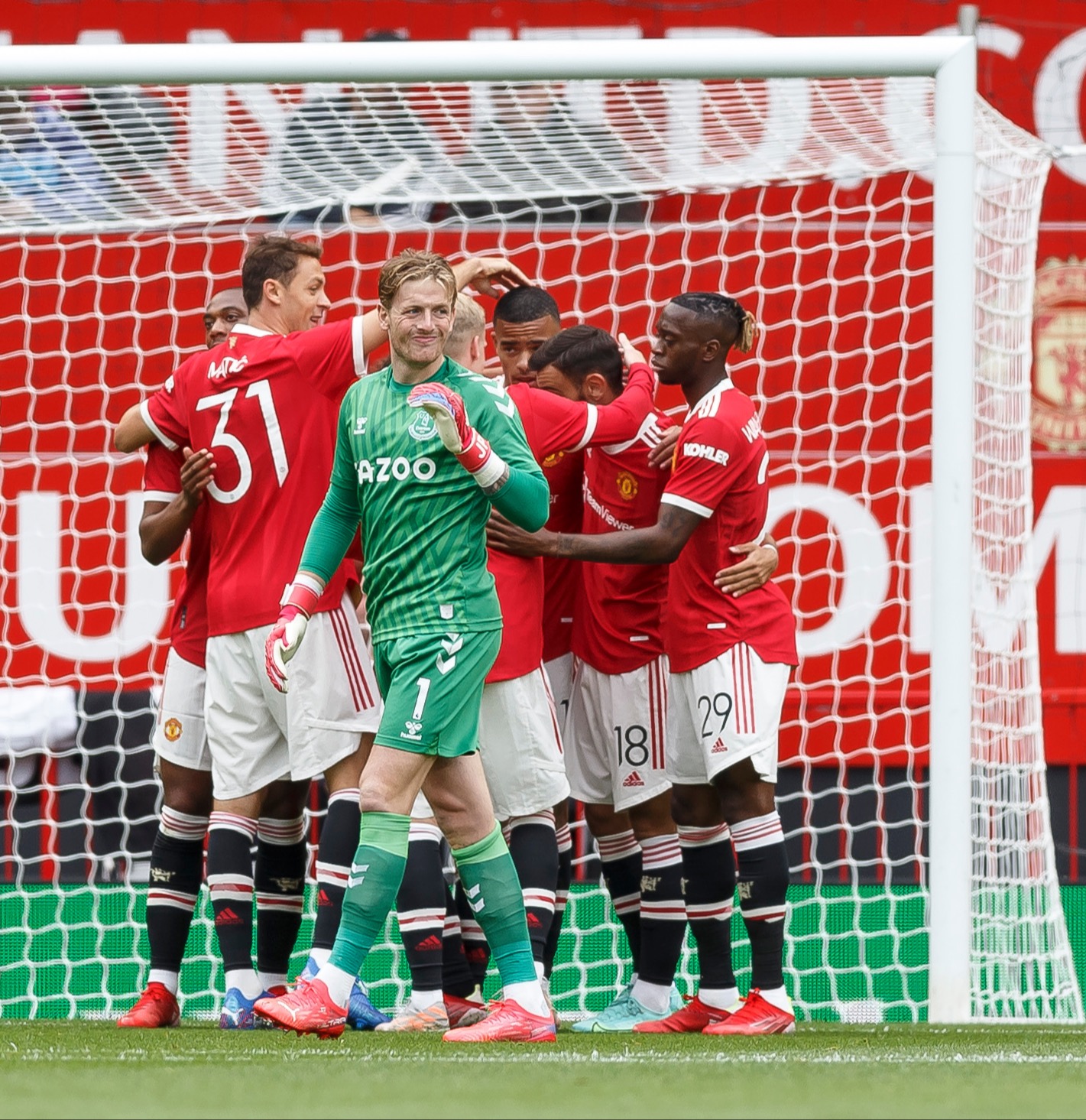 Both teams fielded strong teams with England Euro 2020 hero Pickford taking his place in between the sticks.

But just eight minutes in, the keeper spilled Lucas Digne's dodgy headed back-pass into the path of Mason Greenwood and the young forward tapped home the opener.

And just minutes later, Pickford spilled a tame Bruno Fernandes effort nearly into the path of Anthony Martial but the Frenchman failed to capitalise.

Pickford was caught flat footed in the middle of the goal and was too slow to react.

United continued to pick Everton apart, and Fernandes stepped up on the half hour mark and buried a free-kick past Pickford to make it three.

The England international was again slow to react, with Fernandes' effort hitting the back of the net as Pickford was still diving.

Pickford conceded more goals in half an hour against Man Utd than he did in the whole of Euro 2020 (2).

And fans have been quick to highlight the stark contrast between Pickford's performance for club and country on social media.

Death, taxes and Jordan Pickford having a howler.

One United fan said on Twitter: "Jordan Pickford has conceded more goals in 29 mins than he did at the Euros."

Whilst an England fan praised Pickford for giving his all for his country: "Everton fans will disagree, but I genuinely love the fact that Jordan Pickford raises his game to another level when he plays for England and never lets us down."

And for other footy fans, Pickford's woes are a sign of normality returning.

A United fan said: "Death, taxes and Jordan Pickford having a howler."

A wild theory is also going around that the Pickford that plays in goal for England is in fact Jordan's twin.

A Twitter user said: "Good first half from United. I'm convinced the Pickford who plays for England is Jordan's twin brother though."