Las Vegas Raiders running back Kenyan Drake called out the NFL on Sunday for poor officiating after sustaining a season-ending injury in the 17-15 loss against the Washington Football Team.

Drake was carted off the field in the second quarter after being brought down from behind by defensive tackle Daniel Wise, who appeared to roll over his right ankle causing him to be ruled out for the remainder of the game.

Drake broke his ankle and the injury is considered season-ending, the NFL Network reported. 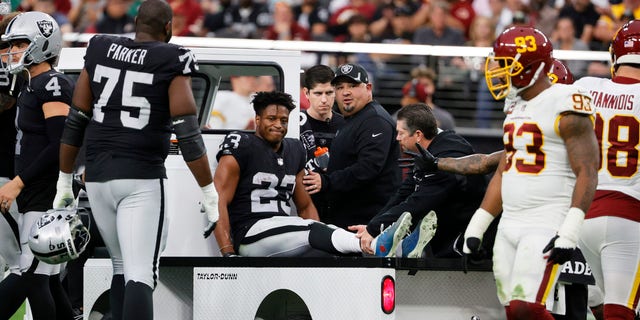 The former Alabama standout later took to Twitter to call for a rule change to protect players from these types of injuries.

“The NFL needs to look at this specific style of tackling,” he wrote, sharing the graphic video of his injury. “They are throwing flags for taunting and protecting qbs from getting touched but this is my 2nd straight season being injured by a guy pulling me back and using his body weight to roll up my legs.”

Drake took a shot at the league’s focus on taunting penalties this season, arguing there are more important things officials should be watching for to protect the players. 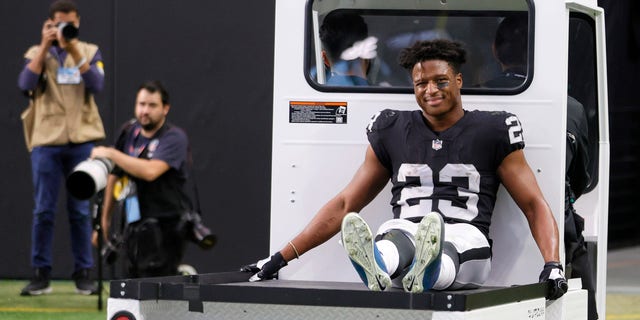 “If the emphasis is to protect the players this should be an illegal form of tackling like a horse collar,” he said in a separate tweet. “We lose players weekly to high ankle sprains and broken bones but the league would rather flag players for erroneous taunting penalties. Let’s get the priorities together.” 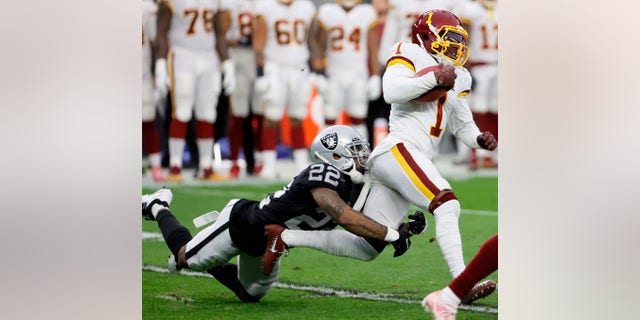 The Raiders are seriously depleted at running back with the absence of Josh Jacobs, Peyton Barber, and Jalen Richard. Interim coach Rich Bisaccia told reporters after the game that Drake’s injury is now “a little bit of an issue.”

12/06/2021 Sport Comments Off on Raiders' Kenyan Drake calls out NFL after season-ending injury: 'Let’s get the priorities together'
Recent Posts