RANGERS star Brandon Barker had his own fans in hysterics over his hair-cut for their Europa League game against Bayer Leverkusen.

And one supporter even thought the team deserved to "be kicked out of Europe" for the dodgy barnet. 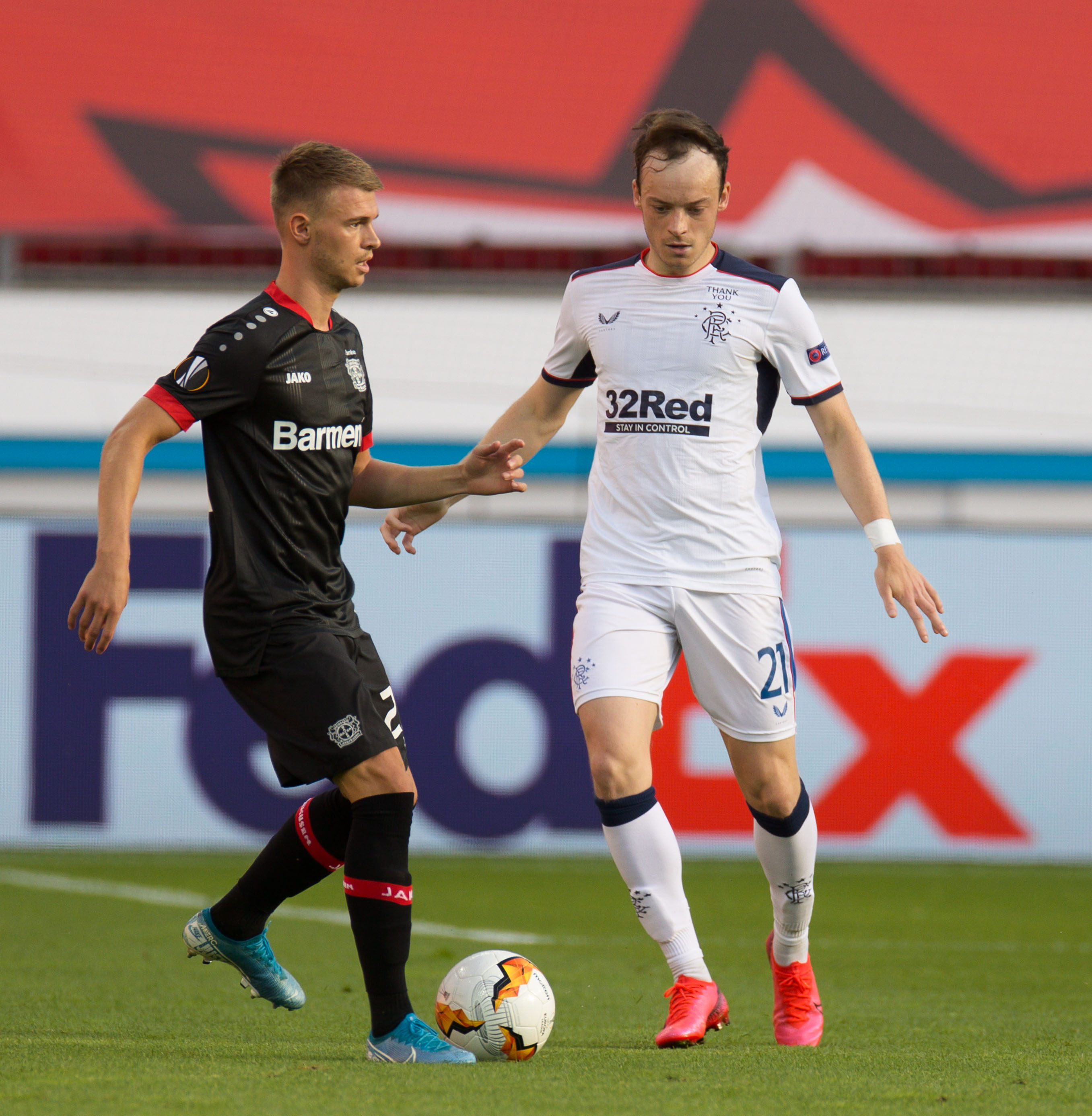 And that's exactly what happened in the Europa League as the Scottish giants lost 1-0 in their second leg to go out 4-1 on aggregate.

But Barker's bonce took its own limelight.

One Ger snapped a screenshot where it looked like a section of Barker's comb-over was trying to escape from his head.

They wrote: "In all honesty though, we should get kicked out of Europe purely for Barker’s barnet."

Graeme Law posted to Twitter: "Bet Brandon Barker has woke up absolutely gutted about that picture of his barnet."

Stuart Skeldon cruelly tweeted that the 23-year-old was "using the ageing app".

This is where you can take a photo that changes to reflect how you could look in the future.

William Duffy likened the winger to "a turkey", while another cruelly posted that he "should never play again until he sees a razor".

Allan Mackenzie wrote that he "should be sent off for that hair alone".

Gerry Braiden thinks the hairstyle could have been the result of "falling asleep drunk on his mates’ floor and his mates were total d***s to him".

Barker began his career with Manchester City before Rangers snapped him up on a free transfer last summer.

And the winger made a blazing start to his new life north of the border with a goal on his debut against Livingston in a 3-1 win.

08/07/2020 Sport Comments Off on Rangers fans insist they deserve to be 'kicked out of Europe' for Brandon Barker's dodgy comb-over
Recent Posts
We and our partners use cookies on this site to improve our service, perform analytics, personalize advertising, measure advertising performance, and remember website preferences.Ok